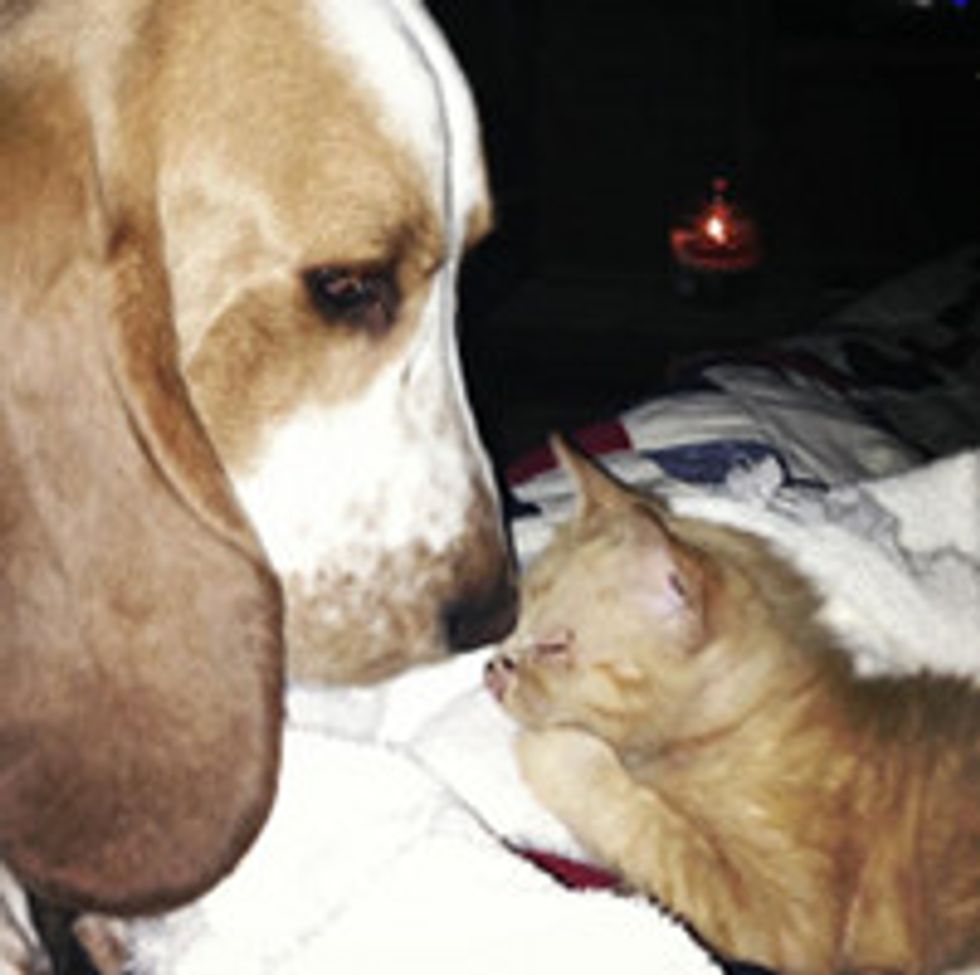 A basset hound named Maggie found a tiny orphan ginger kitten in the roadside brush. She took him home and started caring for him as her own. "My dog found a kitten, brought (him) home and now thinks his her baby," Maggie's owner wrote via reddit.

"We live way out in the country and our dog is a basset hound so is always sniffing something out. Today, she found this little guy. We checked the whole area and there was no sign of its mom or other siblings. We think someone probably dumped it because it was in the roadside brush. He's also very tolerant of people and other animals. He's happily let our dog bath him and love on him all day! We estimate its about 4 weeks old. Poor thing was covered in minor cuts and has a big swollen eye."

"Maggie was licking it to stimulate its bathroom needs but it's actually been using the box fine. We've taken care of fleas, ear mites and cared for the grazes."

They were initially looking for a good home for the kitten due to allergies, but eventually decided to keep the two together after seeing how inseparable they are together.

A ginger kitten was rescued by a Basset Hound in a roadside brush. She brought him home.

Maggie the dog started caring for the kitten as if he's her own baby.

They are now totally inseparable. The owner decided to keep them together despite her allergies.