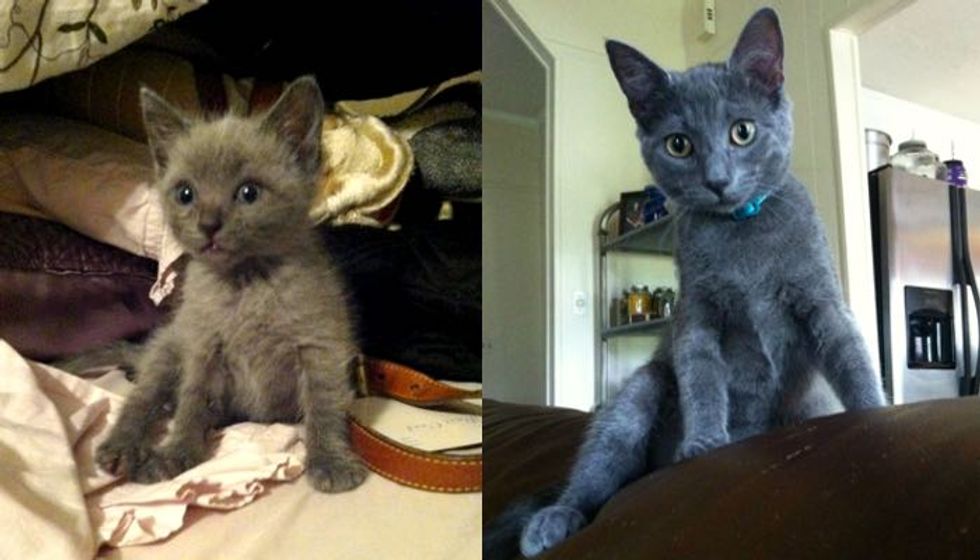 Blue Kitten Found at Abandoned House is Given a Real Home

Little Boy Blue was found in a box at an empty home.

"This is Chicken/Little Boy Blue (formerly Harvey). We rescued him, along with two other kittens. They were left in a box at an abandoned house. Their eyes were barely opened and they were left without their mother," said blueboymeow of imgur.

Chicken's two siblings didn't make it. The little blue kitty has gained more than just what he has put on in size. He now has a comfortable home and people who love him to bits.

They were found at an abandoned home. Their eyes were barely opened.

Chicken was the only one that survived. He really came around.

"Chicken has stayed my snuggle buddy. He is on my sleep schedule."

"Waking up to sandpaper kisses and cuddles is the best way to start the day."

Getting playing and mischievous

Chicken and his five year old friend Frankie who tolerates his kitten antics.

He is happy, loved and beautiful.

Update: All gown up!

Pictures and story via imgur.