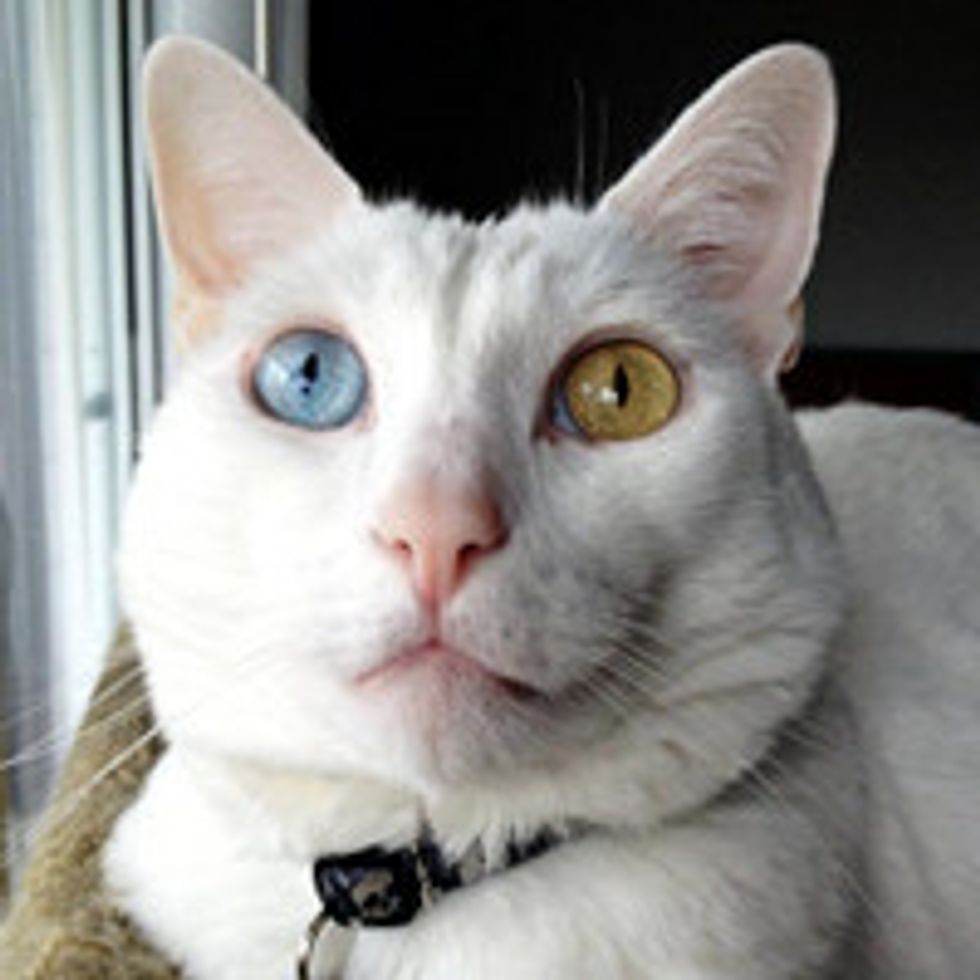 This is Bowie. He's a rescue deaf cat with a pair of beautiful odd-eyes. He turned 6 yesterday.

"Bowie is 100% deaf.... You can bang pots and pans behind his head and his ears don't even twitch. When I was looking to adopt a cat, my boyfriend wasn't interested in any of them because he was not a cat person. I found this little guy on a rescue for special needs cats, and he already had the name. It worked out to my advantage because my boyfriend loves David Bowie, and that's kind of what won him over," Bowie's human wrote via reddit.

"We saw a pic of him as a tiny baby cat, maybe 6-8 weeks old. When we interviewed and met him, he was much bigger. He was around 8 months when we got him, and apparently people would pull out of the adoption when they found out that he is deaf." They saw the situation Bowie was in and knew they had to take him home. "The lady that fostered him all that time was a cat hoarder and kept him in a small carrier at all times. She even fed him out of bird food trays on the inside of the carrier. When we brought him home he was terrified of open space. To this day, he loves boxes and small spaces."

"I love him and adopting him is the best thing I could have done."

When he was a kitten (left), and all grown up today (right)