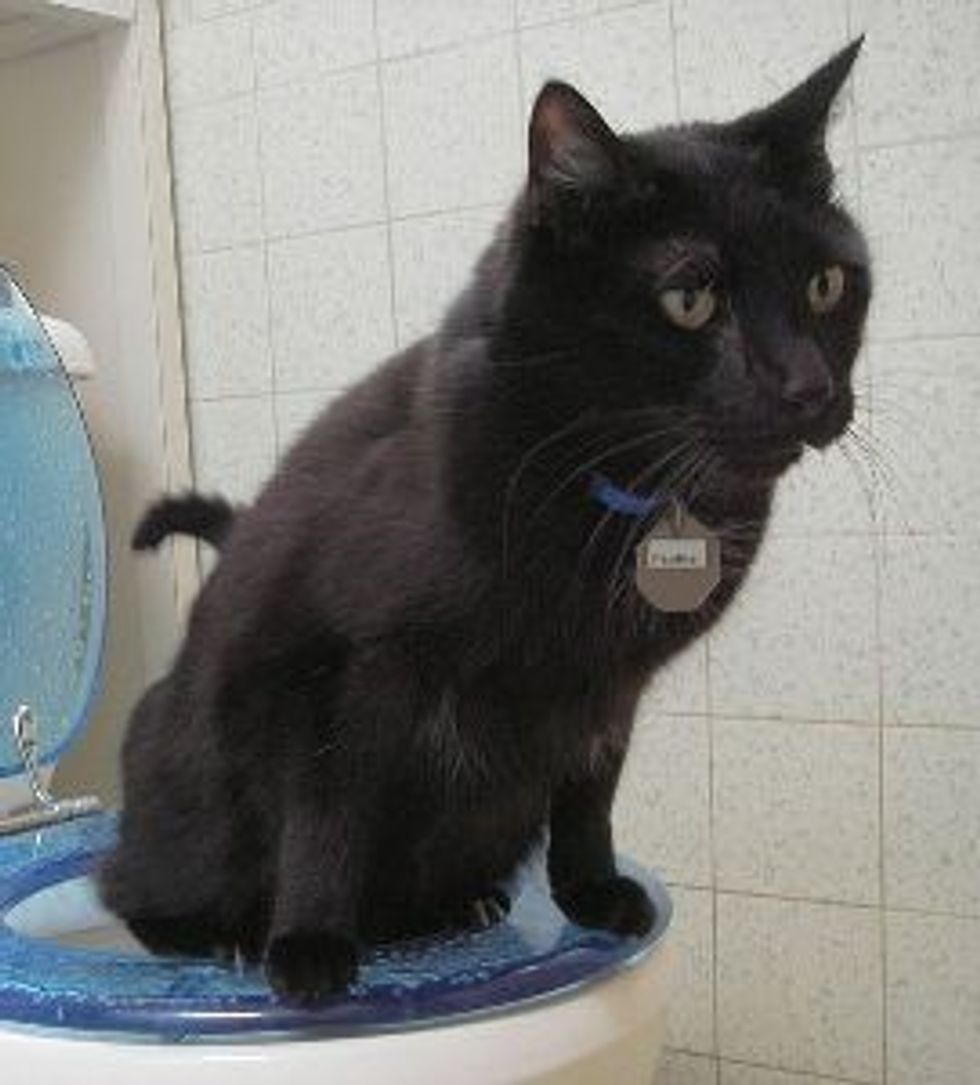 Can Cats be Trained?

I don't have a doubt that cats are intelligent creatures, but they are not like dogs that could learn tricks on the fly simply by giving a reward or praise. Cats only follow your command if that is within their own interest. This means in order to train cats, you need to find out what motivates them to perform the trick and whether they will enjoy doing the trick.

To train a cat you must find out what motivates it. Usually this means food, or at least conditioning it that there is the promise of food at the end of the session. Even then, cats are not motivated by food in the same way as dogs - if achieving the food reward is too much hard work, cats frequently cut their losses and go in search of easier "prey". - How Intelligent Are Cats? by Sara hartwell

My cat Flip can play fetch. I didn't really do much to train him. I knew that naturally he likes to chase around small objects, so there is definitely potential for him to play fetch. What I did was I gave him a clear message that "if he does not bring back the toy I throw, there will not be a follow-up throw". At the beginning, he chased after the toy I tossed, inspected it but eventually walked away from it. I gave him a rub on the forehead for going after and investigating the toy, then I stopped right there. He wanted more, but he was not getting it. I resumed the game only after it had been long enough time to indicate a time out. Again he went after the toy and came back empty handed, hoping for more throws. I said "good job!" and left the game as it was. The third time around, he went straight after the toy, but this time he picked it up and carried it a couple steps towards me, then he  proceeded to drop the toy. Since he had made progress, I immediately walked up to him, first praised, then picked up the toy he dropped, returned to where I was situated previously, and finally let the game continue. "Many creatures, ourselves included, learn through trial and error. They attempt a task and fail. Next time they are presented with the same task, if they have appropriate intelligence, they try a different approach." (How Intelligent Are Cats? by Sara hartwell)

Quickly, he learned that by picking up the toy and retrieving it, he would stay playing. The more I repeated the game, the better he did in fetching the toy. By the time he had the toy brought back by my feet, he had grasped the whole concept of the game. The motivation behind the trick for him was keep playing, keep having a good time.

I also trained my parents' orange tabby to do various tricks such as sit, lie down, jump, and paw. It took positive reinforcement and a lot of patience to finally nail them down. Sending a clear message to your cat is crucial. Do not reward your cat if she/he isn't doing the trick correctly. Your cat may get frustrated or weary once the training gets a bit too long or tedious. Call a time out and come back to it when your cat feels like playing again.

When you name your commands, use simple language such as sit or down. After calling out a command, leave a few seconds for the cat to react and digest the situation. Avoid heavy repetition of the same command when your cat is trying to decipher what it means. Physically forcing your cat to perform a trick may jeopardise the fun of the activity, so what you need to do is repeat the command only a few times at a time and then wait for a response. If your cat gets very confused, assist her/him only slightly. Once your cat hits the right spot (it doesn't have to be purrfect), you want to reward him/her right away. To sum it up, here are the tips from my personal cat training experience:

The best time to train your cat is during feeding or whenever they crave for a snack.