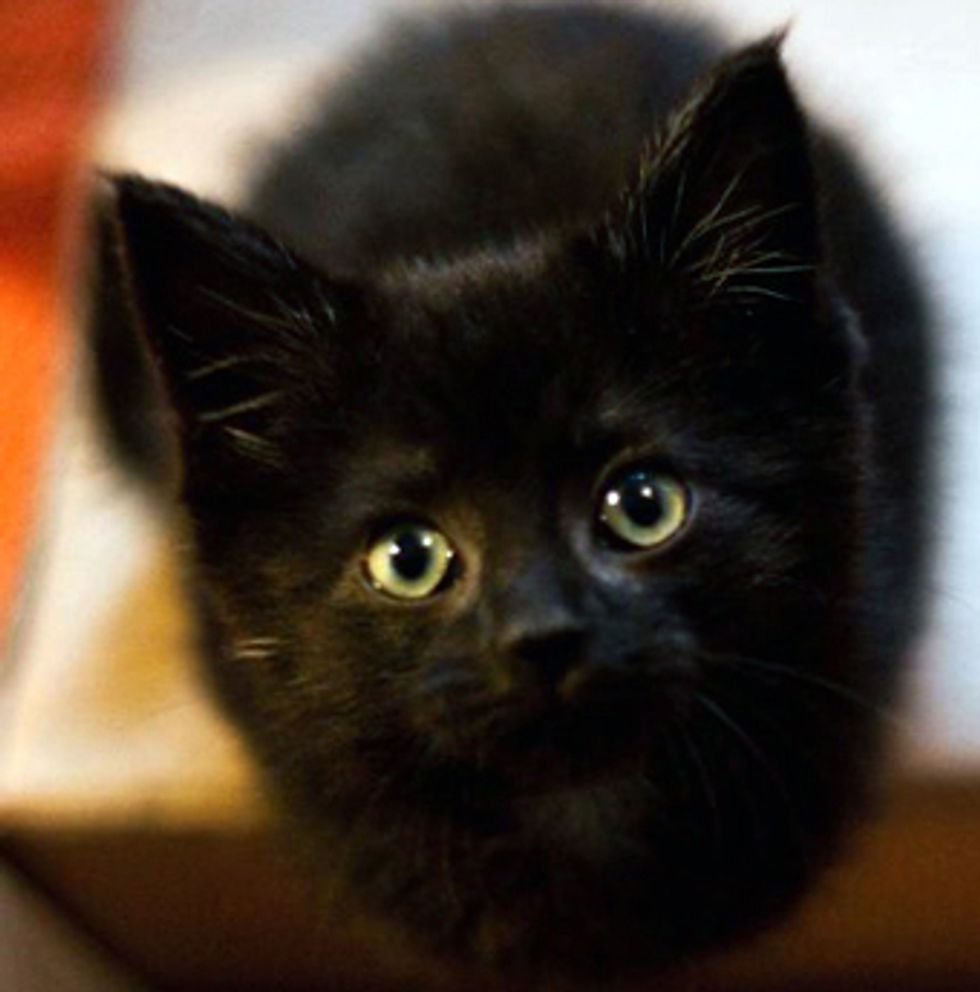 It's really so bizarre how we found Carbon and Violet. My mom, two children, and I decided to take a road trip to New Hampshire to photograph the Autumn foliage. There wasn't a set time frame so we were basically just lallygagging through Pennsylvania and figured we'd eventually arrive in New Hampshire.

We drove down a pretty decrepit road with a dumped trailer from a big rig truck. It was opened and had trash all around it and some graffiti. We stopped and got out of the car to take some photos of the graffiti. While we were taking pictures I heard a tiny meow. I asked my mom if she heard it and she did. We looked around the trash and in the tall weeds and found the meows were coming from a cardboard box that was closed. We immediately opened the box in a panic and found two tiny little black kittens, with huge stomachs. I think both of our hearts broke audibly.

Needless to say our trip was immediately canceled and we drove right home.

We took them to the vet the following Monday (we found them on a Saturday) and found the reason why their stomachs were so huge was because they had a parasite, coccidia. After tons of meds and even more love, they're both doing exceptionally well!

They've been secluded in my mother's room on the third floor, to make sure any bit of the parasite and ear mites are gone (they are now). They're crazy now, totally crazy little kittens! They climb everything and love their little cat toys. They're also huge heat-seekers and insist on sleeping under the blankets, next to my mother every night. They haven't exuded any immediate differences in personalities as of yet.

We now have...5 rescued cats and one teen cat (Nimbus) who came to live with us from next door. I'm just so grateful to them everyday for entering our lives and being such awesome kitties.