This little grey kitty was born very special. His rescuers were determined to give him the best chance at life. 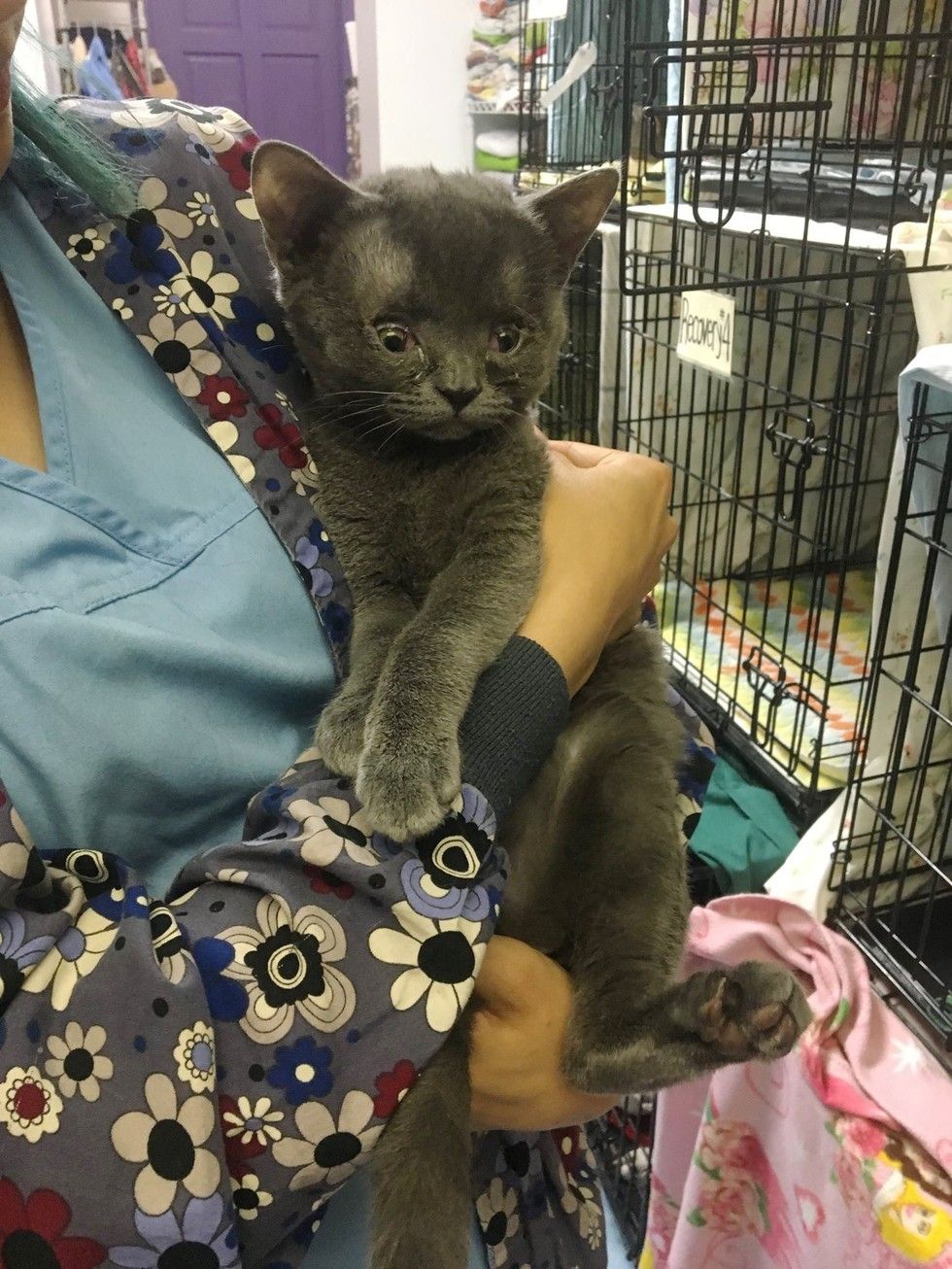 Little Edward was born at Richmond Animal Care and Control, and when he went into foster care, he met his foster mom, Megan Timberlake.

"Around the 1 pound mark we noticed his head was a little larger then normal and our veterinarian diagnosed him with hydrocephalus," Megan told Love Meow. "He struggled a little in the beginning with eating and growing but he got the hang of it."

"When I saw him of course I fell in love with him and took him home. I fostered him for a while to make sure everything was going good and we waited until he was bigger and stronger to get neutered and at that time we noticed he had entropion (which causes the eyelashes to fold inwards) so added to his neuter we had to have that surgery done also." 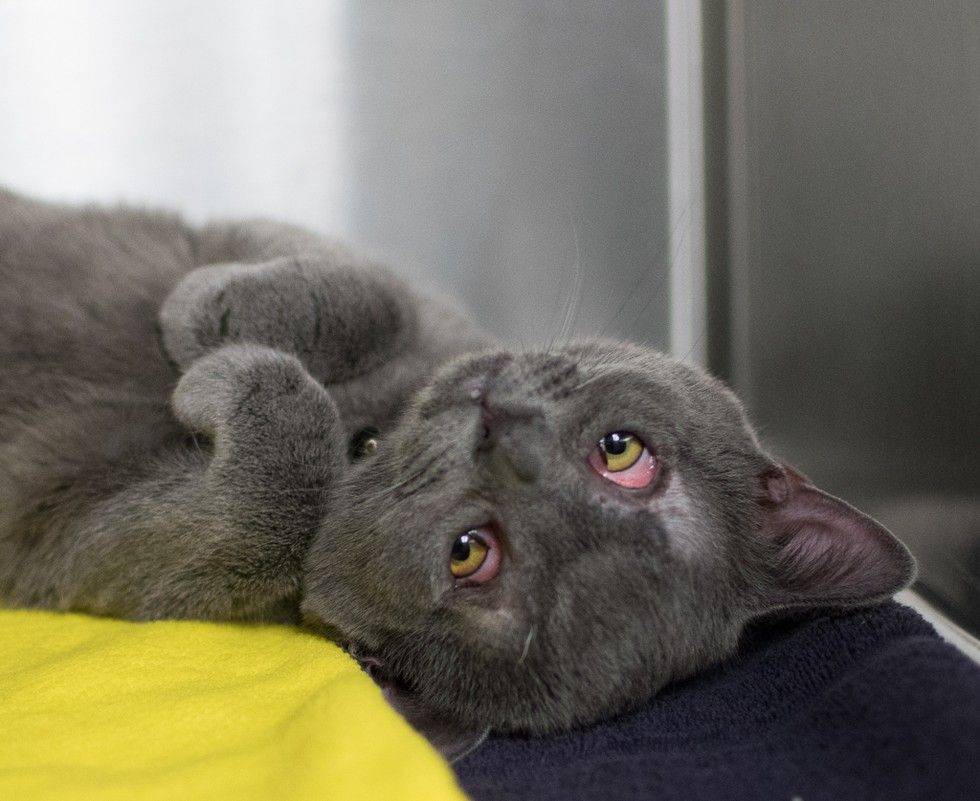 The vets at Prevent A Litter fixed his eyes. The little buddy healed up quickly. "He is wonderful and very snuggly and doing fine with his hydrocephalus. He is a very lucky kitten and is having no problems with it so far. He is currently on no medications," Megan told Love Meow.

Edward is small in size but big at heart. 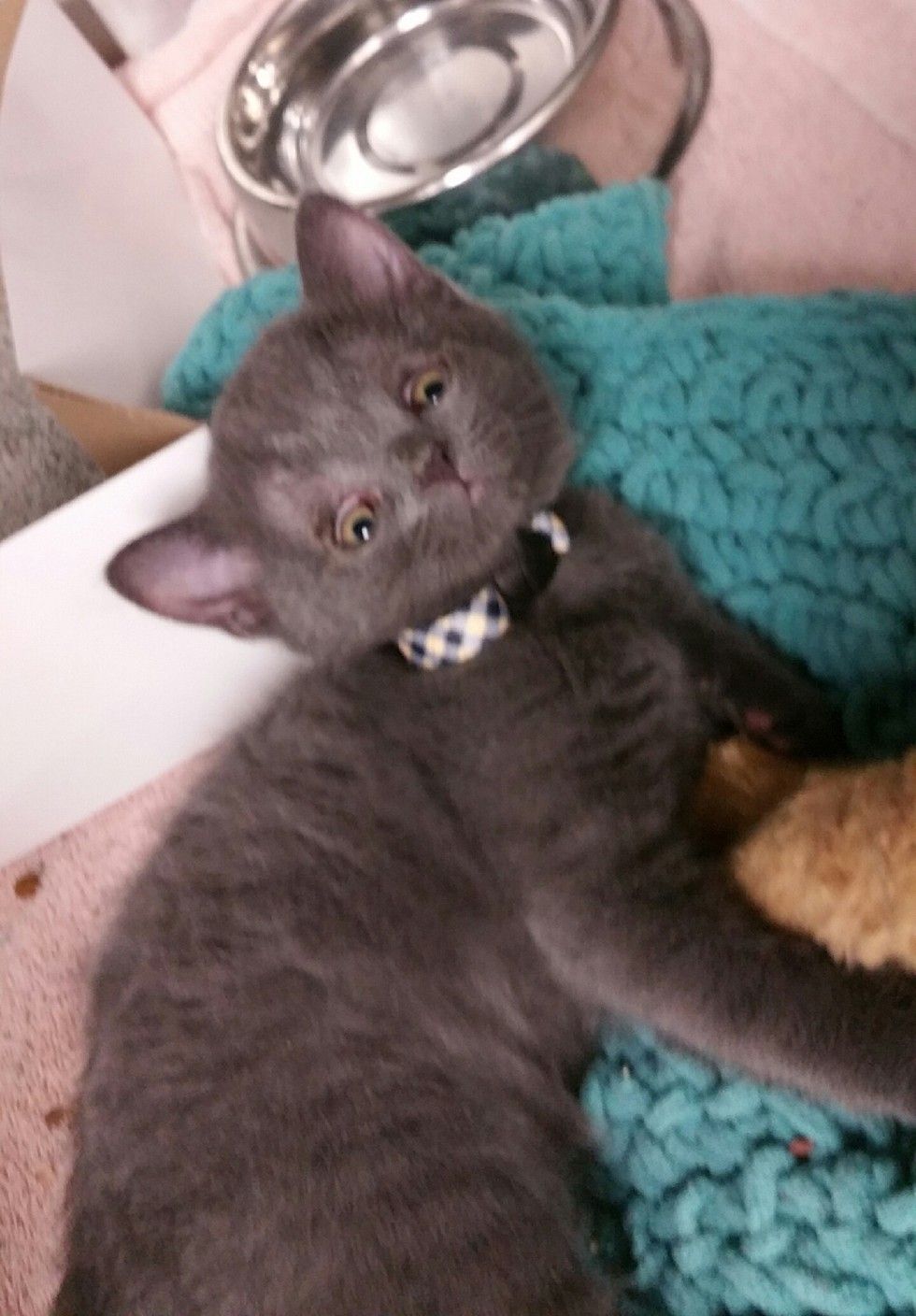 "His personality is wonderful. He is very loving and happy and loves life."

Edward likes to snuggle and wrap his arms around his human when he sleeps at night. They dote on him with all sorts of toys that he loves. 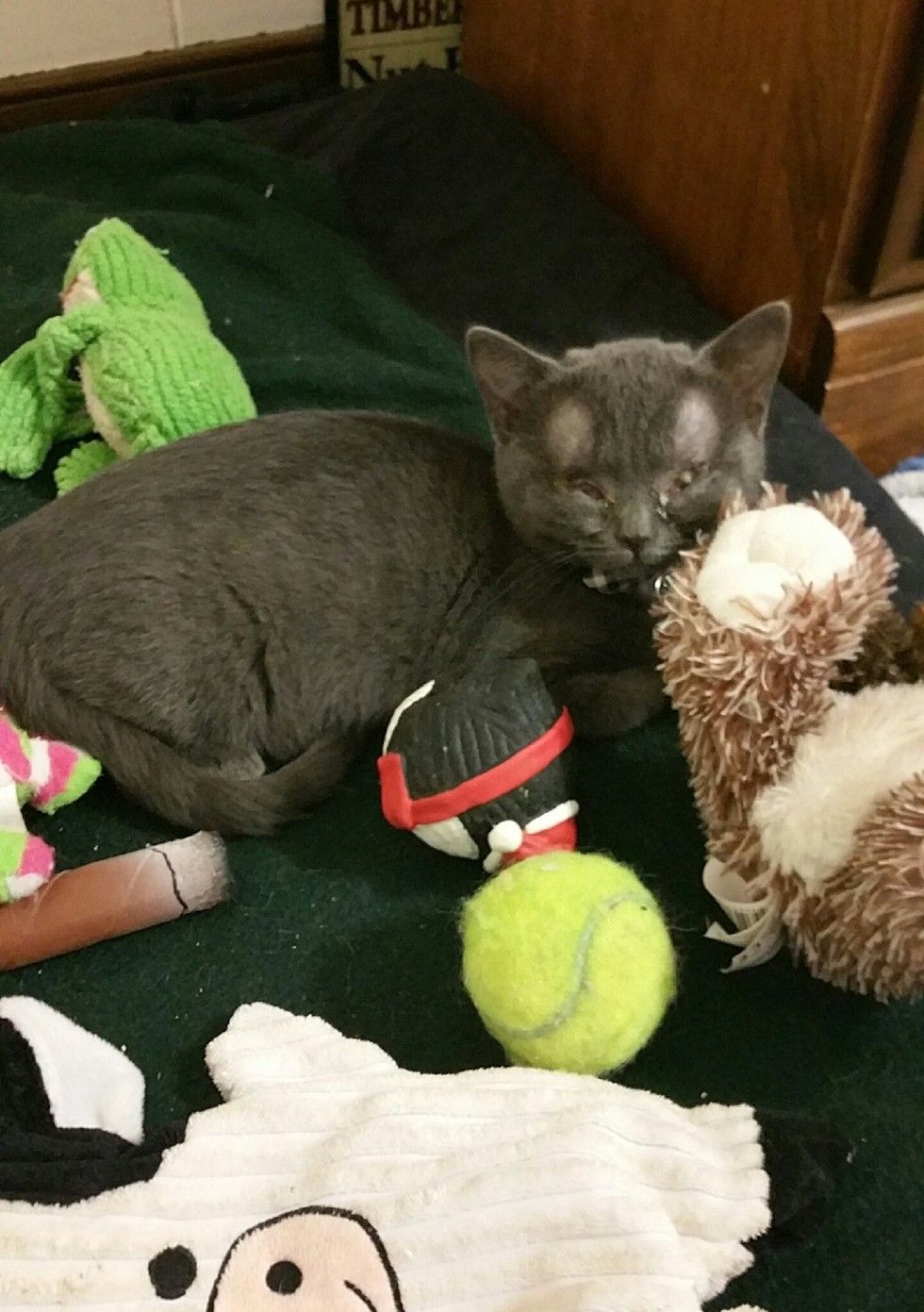 Edward seems to have the charm that makes every animal at ease. He is able to bond with everyone at home, furry or human kind.

Snuggling and loving on his sister, Luna. 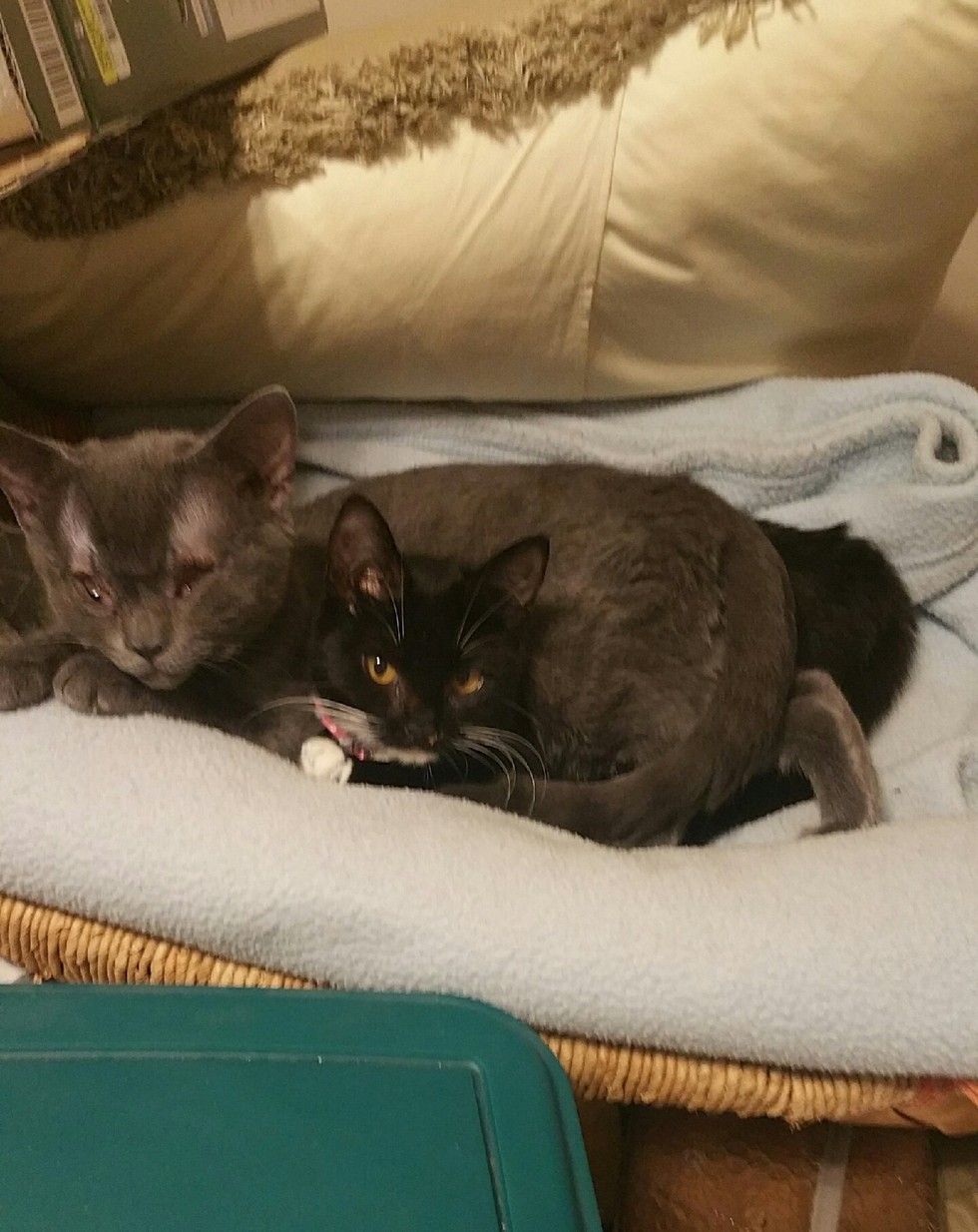 "He lives with 3 cats and 3 dogs. One of his brother cats is blind (Gulliver who was also adopted by me from RACC) and that is his best friend," Megan said.

Edward and his best bud Gulliver. They love having each other's company. 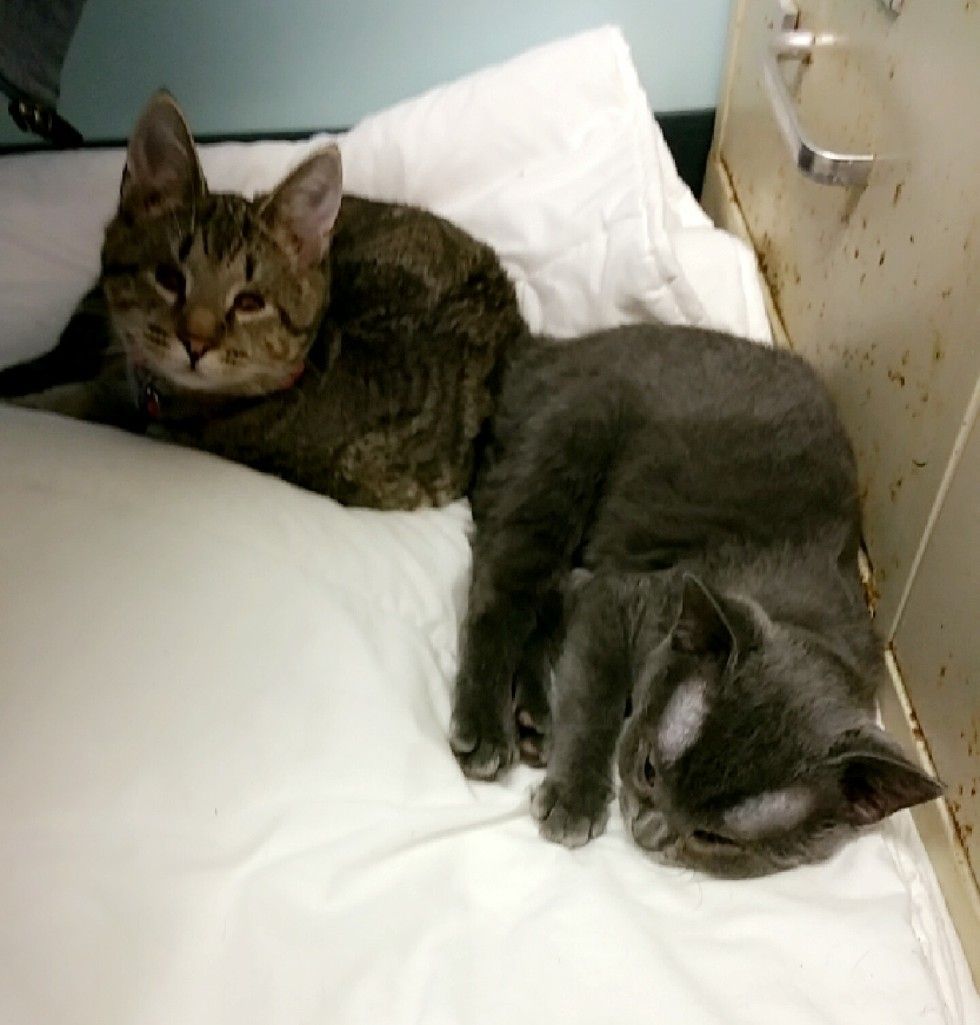 Despite his medical condition, little Edward is thriving! 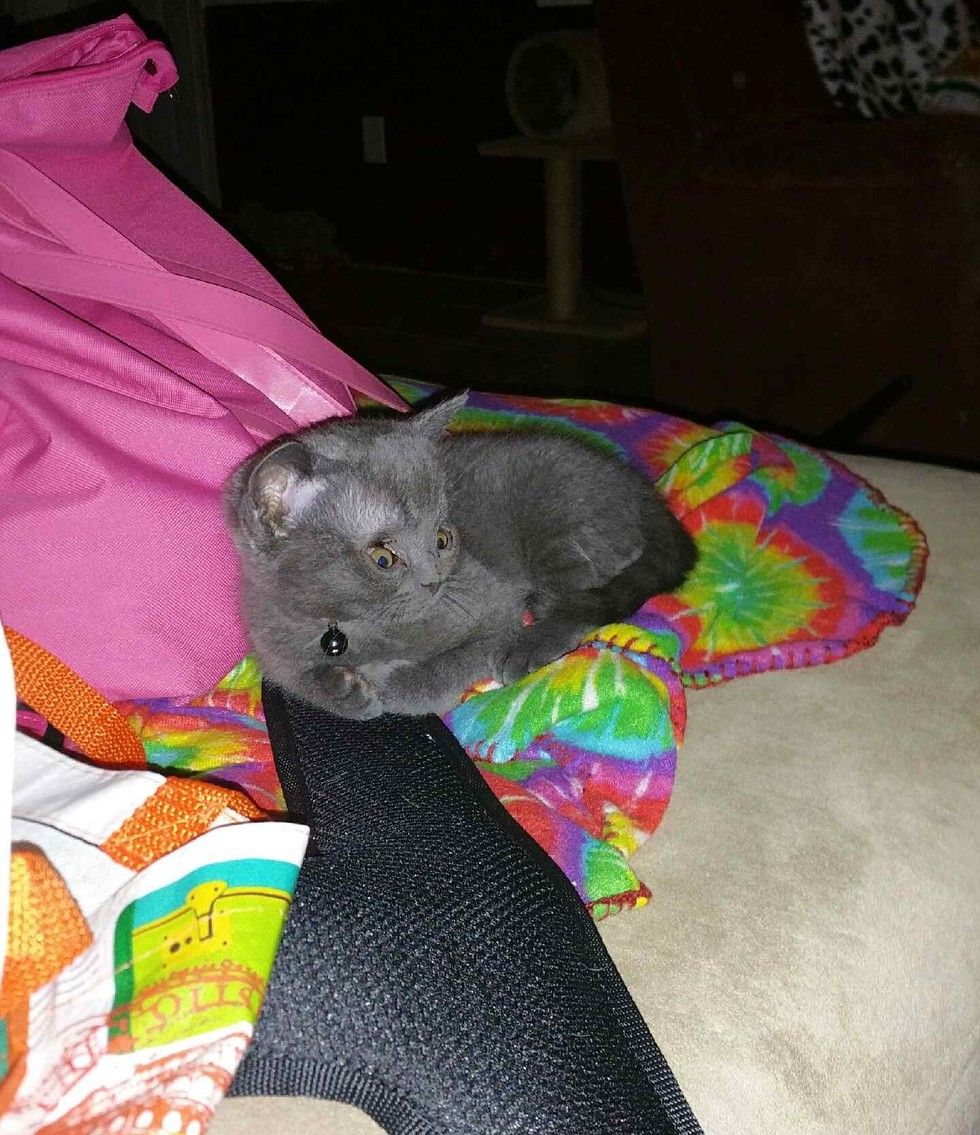 He loves life and has proven time and time again that nothing can slow him down.

After surgery, the little buddy was happy and purring when he was with his human friends. 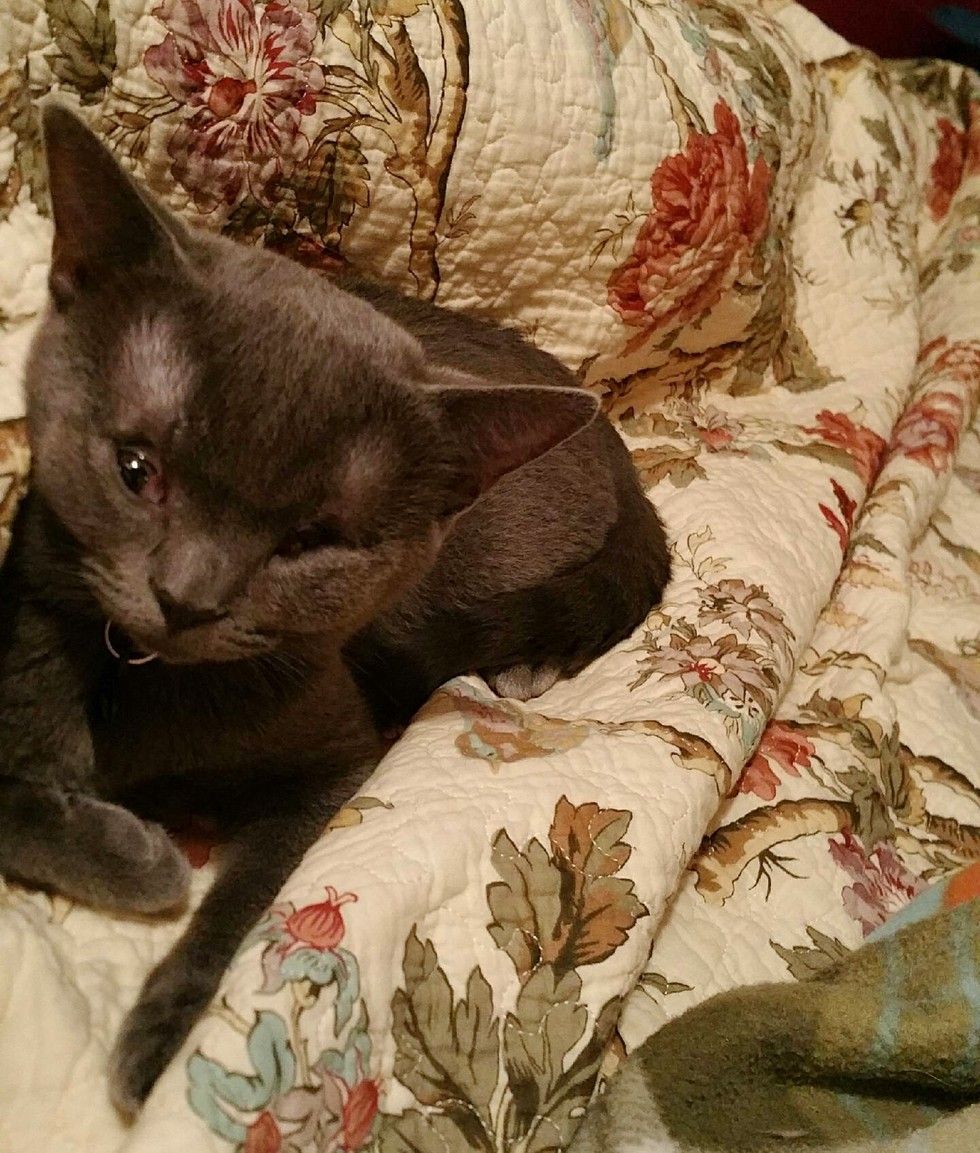 Edward is affectionate and can't get enough of love. "He wants me to hold him when we are watching TV and also snuggle him and scratch his neck.

"He waits for me to come home at night and gets so excited and purrs like crazy when I get home. He comes with me to work sometimes and loves for everyone to hold him and snuggle him," Megan told Love Meow. 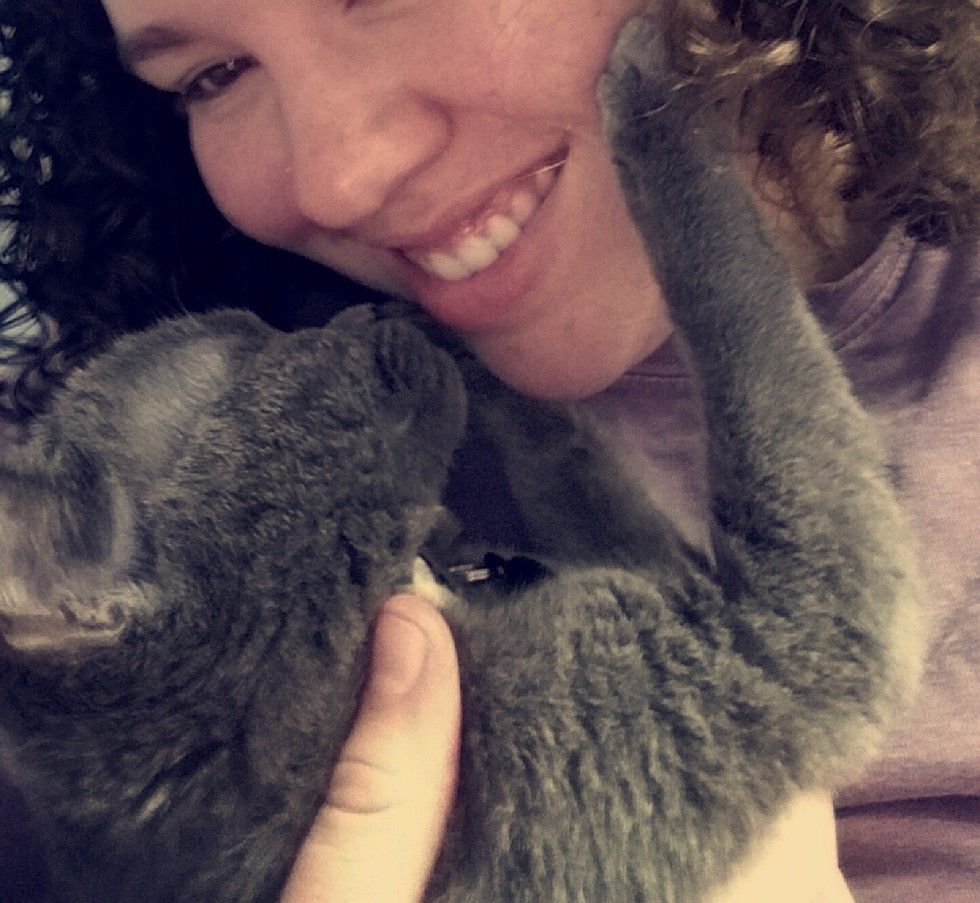 Initially, Megan planned to foster Edward until he was big enough for adoption, but the little grey kitty never left.

"He is a complete sweetheart and I am so glad I adopted him. He follows me to every room and if he is fast asleep and I get up to go do something, he has to get up and follow me."

Edward tells his human every day how happy he is to be healthy and loved. 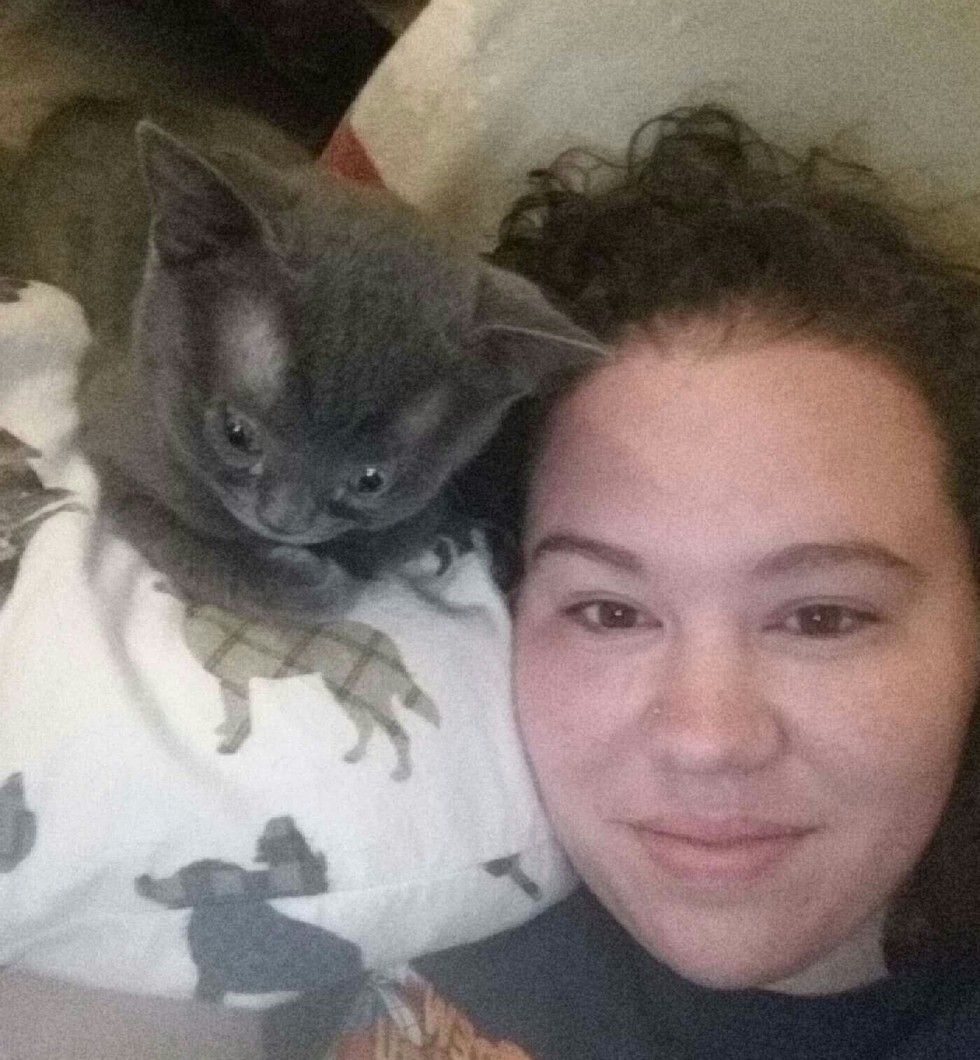