Cat Brings Home Tiny Homeless Friend and Decides She Is There to Stay...

A family cat brought home a tiny homeless kitten, who followed her everywhere she went. 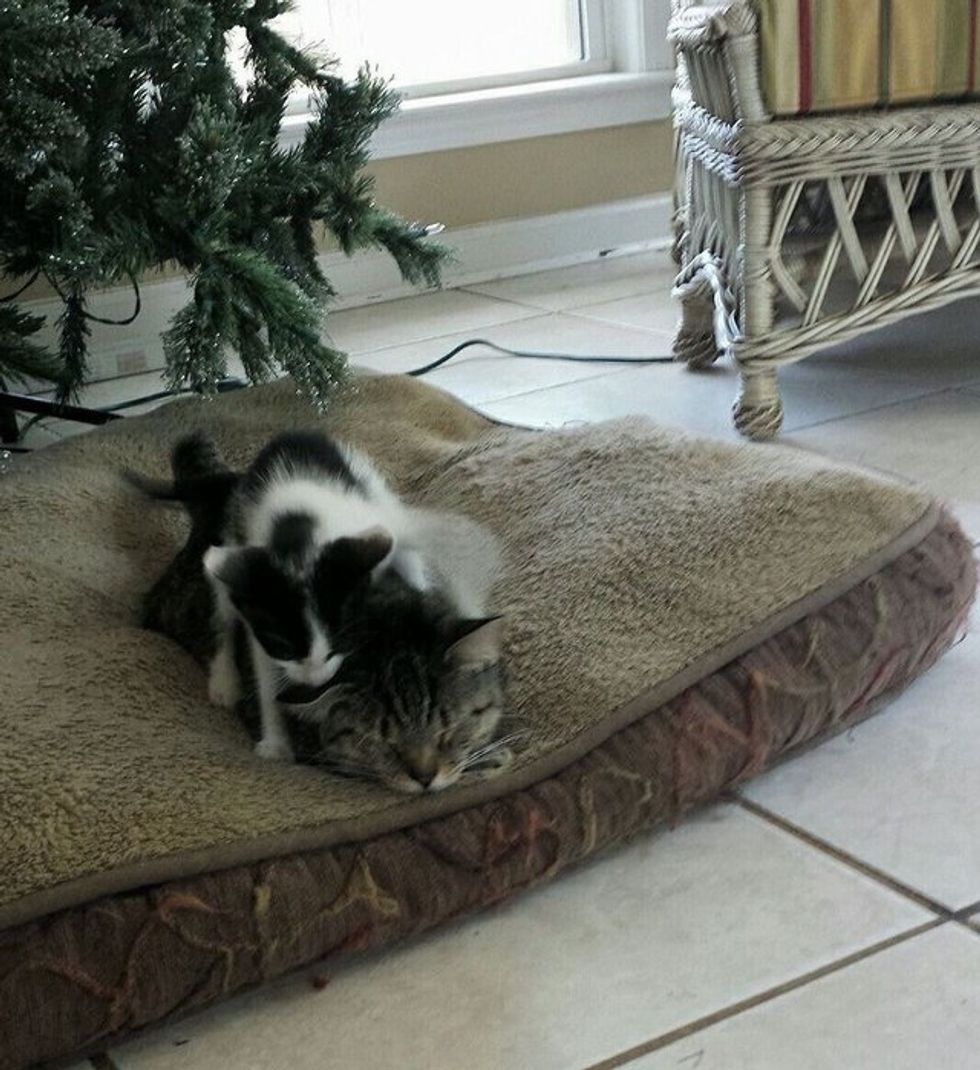 Before the kitties' paths crossed, Posey was a neighborhood stray who wandered her way to a kind woman's house along with her three kittens.

Claudia Wright, the home owner, couldn't say no to the feline family in need and welcomed them in with open arms. She helped mama care for her babies and find them good homes when they were old enough. Posey crept her way into Claudia's heart, and she became a permanent part of their family.

A few years later, Posey surprised her humans one day when they saw a little homeless kitten follow their cat into the house. 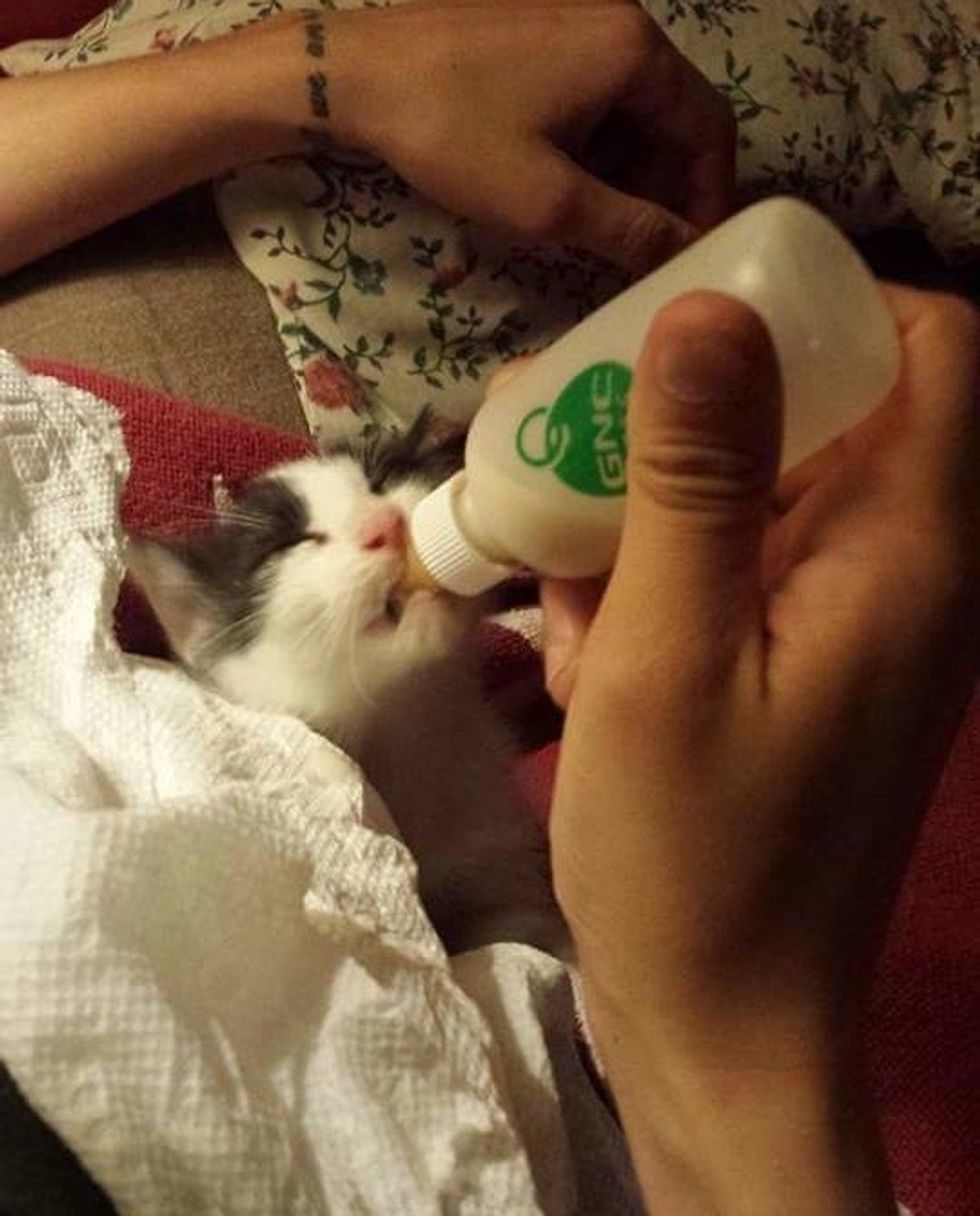 Claudia had never seen the kitten around the neighborhood. She suspected that the kitten must have been separated from her own mother.

But now she had claimed Posey to be her new mom. 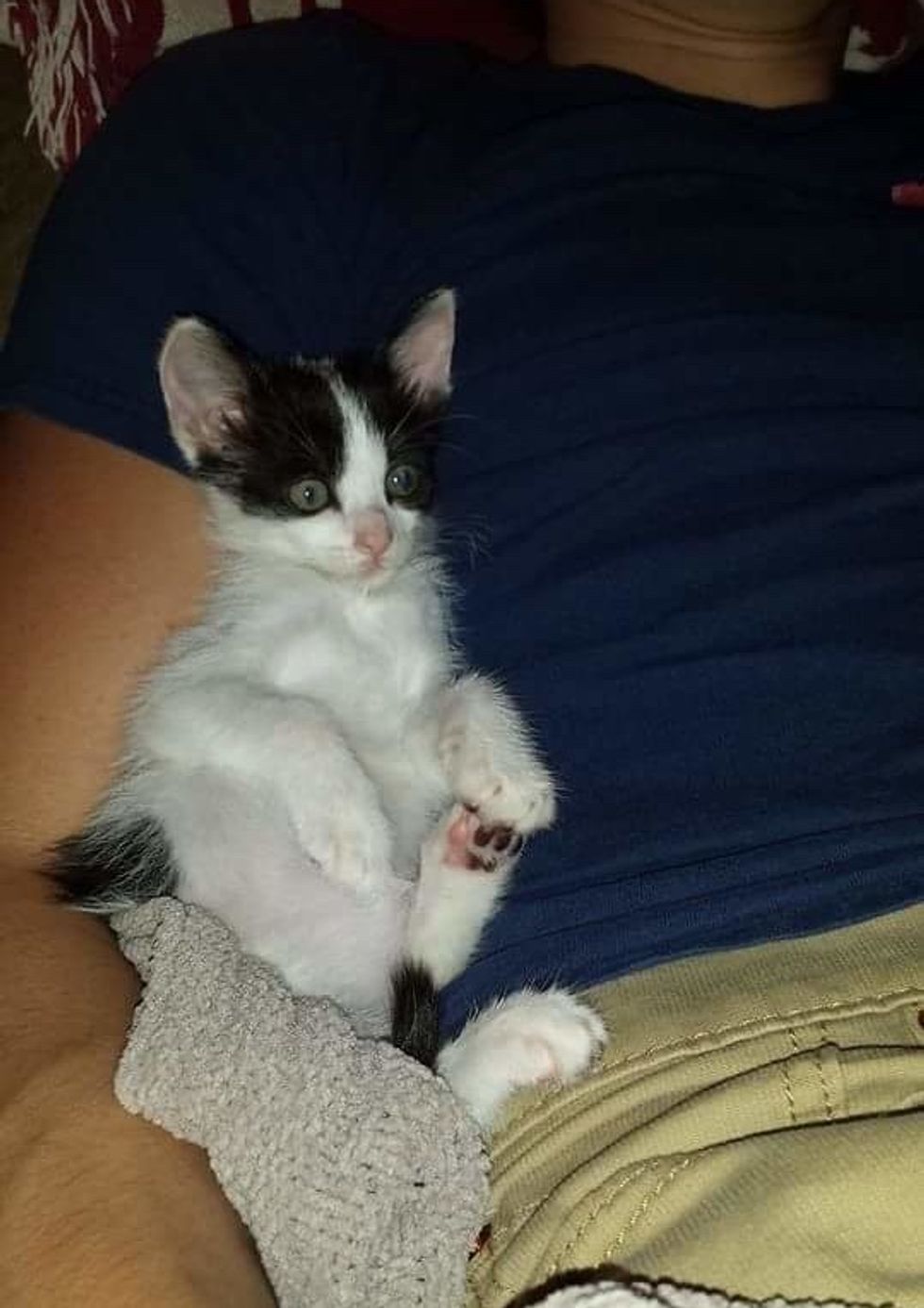 The tiny kitten reminded the tabby cat of her own babies. Posey went into full-on mother mode, caring and grooming the little 7-week-old kitten as her own.

Whenever Meesy wasn't eating, she was cuddling with Posey, constantly clinging to her. Posey didn't mind it at all and would love on Meesy like a mother would. 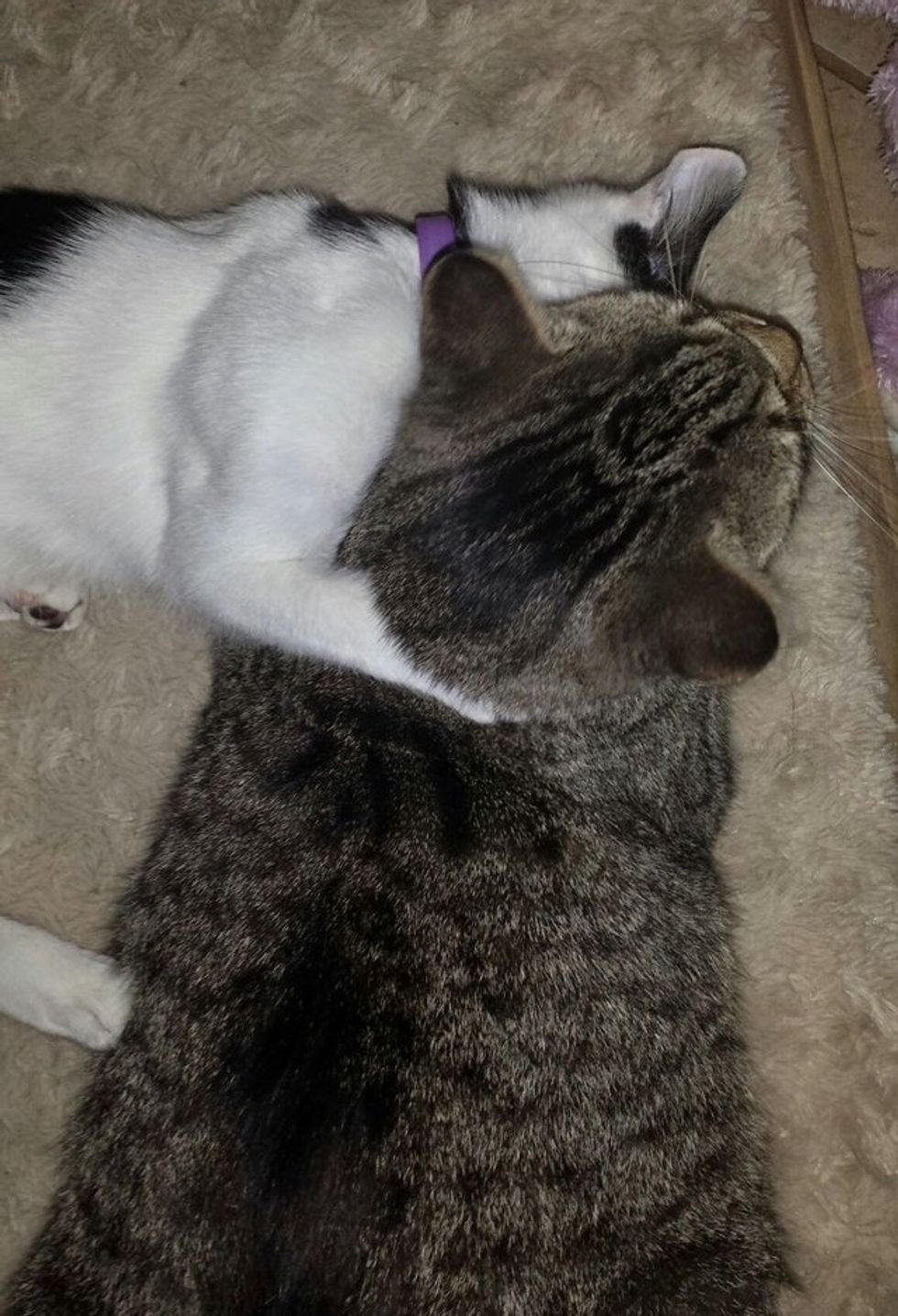 It became so clear that the two had bonded and couldn't be separated.

Meesy needed a mom, and Posey missed her kittens. Now they have each other forever. 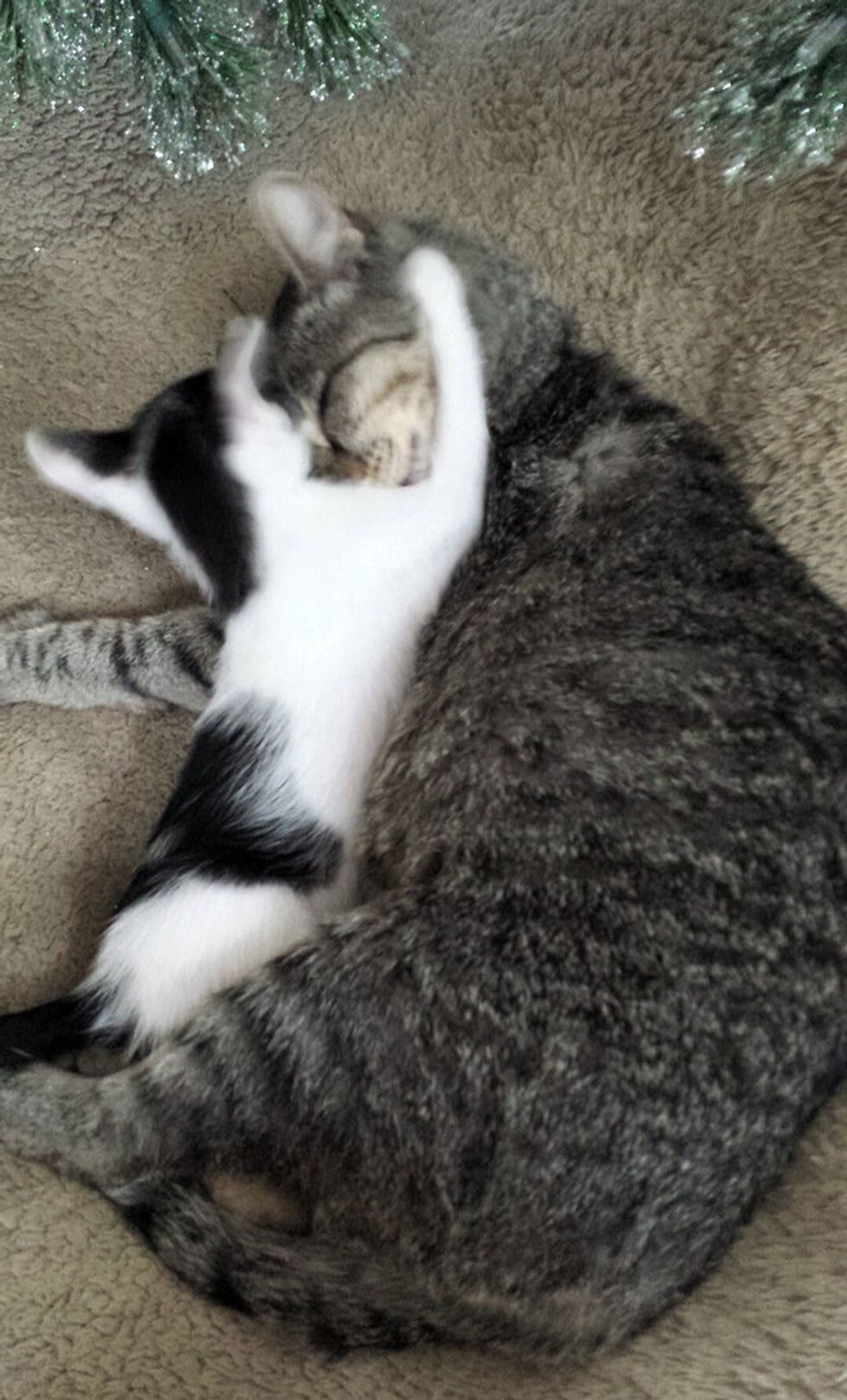