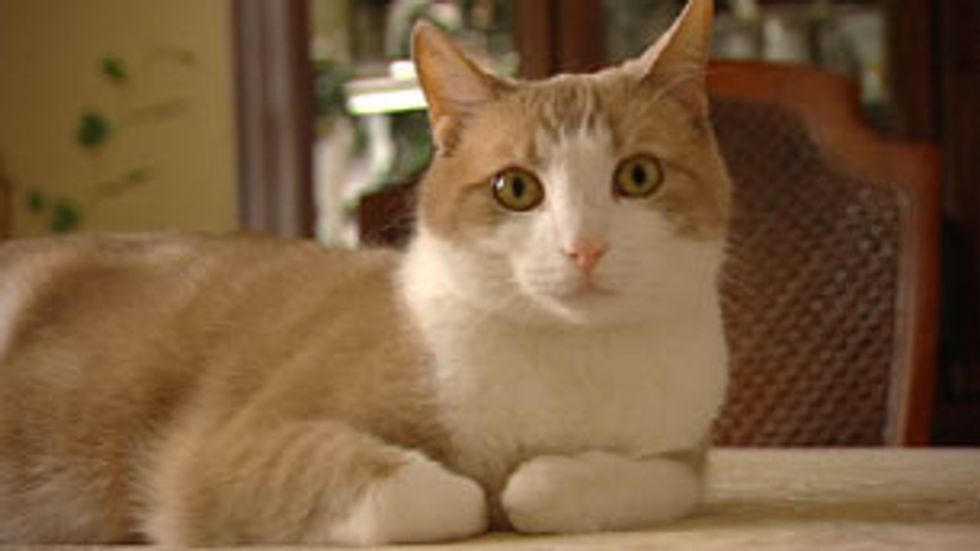 Last summer Judy Danchura opened her door to a starving stray cat at her home in Winnipeg, MB, Canada. She named her Sumo, but what she did not know at the time was her furry friend later became her hero by finding a cancerous tumor in her body.

Sumo met Danchura last June in her backyard where she put out food and water. But one day the cat was meowing loudly through the door at 3a.m.. Danchura decided to let him in and prepared a litter box for the little one to stay inside her house.

After she went back to sleep, the cat entered her room. He jumped on her bed and walked across her body. When he stepped on her breast, she immediately felt an unusual shot of pain. Danchura later discovered a lump inside her breast.

After meeting her doctor, Danchura was diagnosed with breast cancer. However, since the cancer was still in early stage, she was able to begin treatment right away. According to this article, her cancer survival rate is approximately 95 percent.

Danchura is grateful to her cat for saving her life and feels humbled by what he did.

"I don't know what my chances of survival would have been without him," she said. "I know I'd certainly be far worse off."