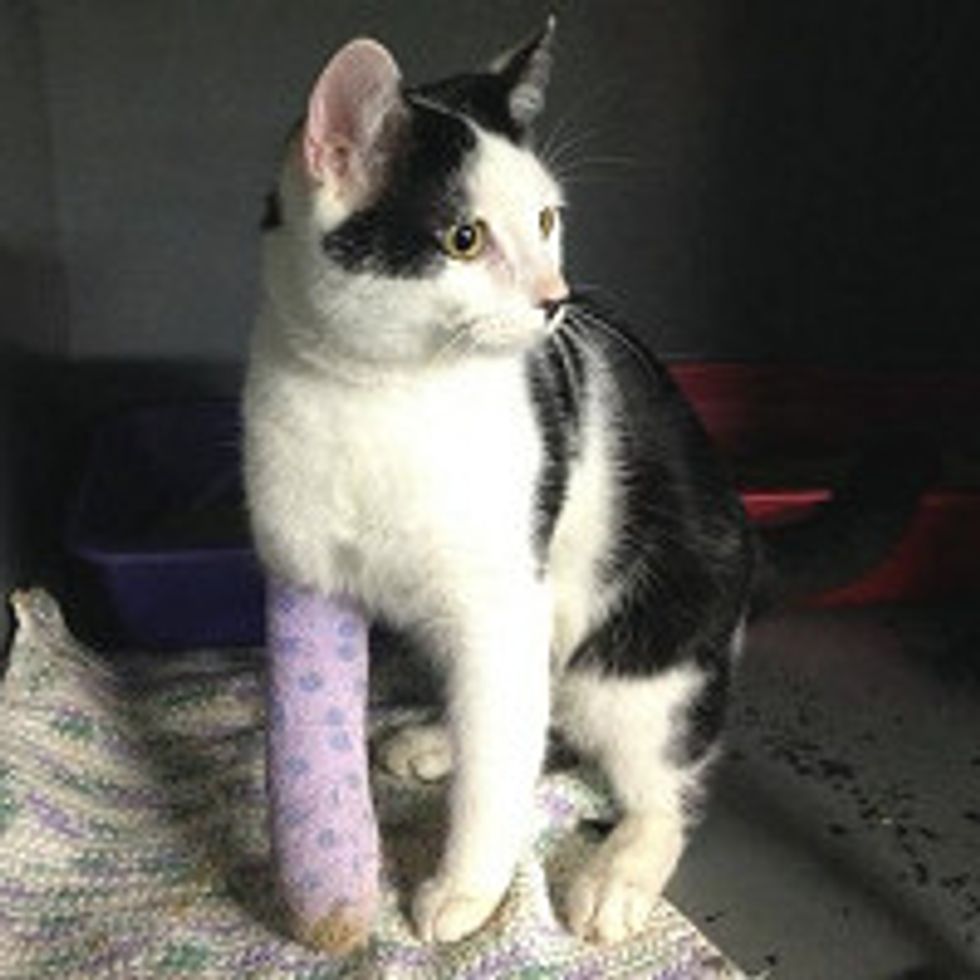 Tommy Twotone used one of his nine lives after he survived a hit and run car. "When the Animal Care Officer arrived, Tommy was barely conscious and could not stand. Thankfully, a kind sponsor pulled Tommy from the shelter and saved his life! He's been in our care ever since! He is gorgeous and so friendly and cheery despite his bad luck," said Brooklyn Bridge Animal Welfare Coalition via their Faceook page.

Tommy had a broken leg and was put in his cast for six weeks. "He has been nothing but brave and sweet throughout his entire ordeal." While he was recovering, he wanted to play but didn't understand why he couldn't jump down and had to stay inactive until his leg healed. The shelter asked for cuddle voluteers to come by and give the little guy some love and affection that he desperately needed.

With help from the shelter and volunteers, Tommy has all healed up today and can finally jump around and play with other kitties.

It's been a long journey since Tommy survived the unthinkable event, but his positive attitude has inspired so many. Now what he needs is a forever loving home he so deserves.

He is so friendly and positive despite his injured leg

Finally, fully healed! Tommy is happy to be able to play again.

He was found barely conscious, but was given a second chance, and it changed his life.