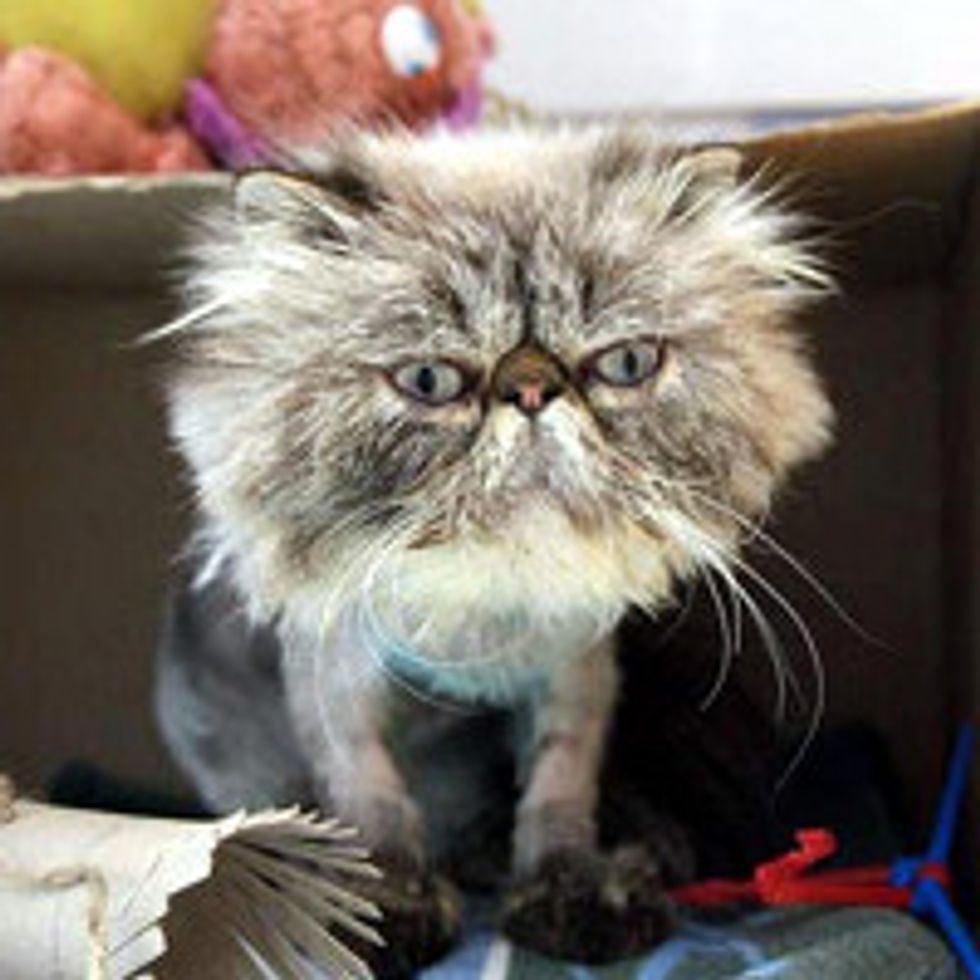 Clive the little lion cat is a sweet fluffy soul, but with a special heart. "When Clive had his (heart) scan, things were not quite as they should be so he also had x-rays. He was found to be suffering from 'diaphragmatic hernia' and possibly intestines in the chest , which means major surgery is essential for this young boy of only 2 years," said Cats Protection on their website.

Clive was brought to NCAC as his owners could no longer take care of him. "Clive is such a softie, even tempered, gentle, affectionate, playful… the list goes on. Clive's coat was so matted when he came to us that it was kinder to shave away the fur and let new fur grow through, so now he looks like a little cuddly lion. Clive has fur on his head, feet and the very end of his tail only! ..hence him, affectionately, gaining nicknames of Lion-O and Aslan among some of the staff."

Clive is a trooper who underwent two operations to save his life. "Clive needed a second operation on Friday 18th, due to complications. Then Clive, the brave little lion, needed a blood transfusion on Saturday morning." But this little brave boy became brighter and happier each day.

After a long journey of recovery, Clive has found his purrfect home with proud human parents who love him to bits.

Clive the lion cat with heart conditions under went two operations to save his life.

Happy to be given a second chance at life

Meeting his new family, on his way to his forever home