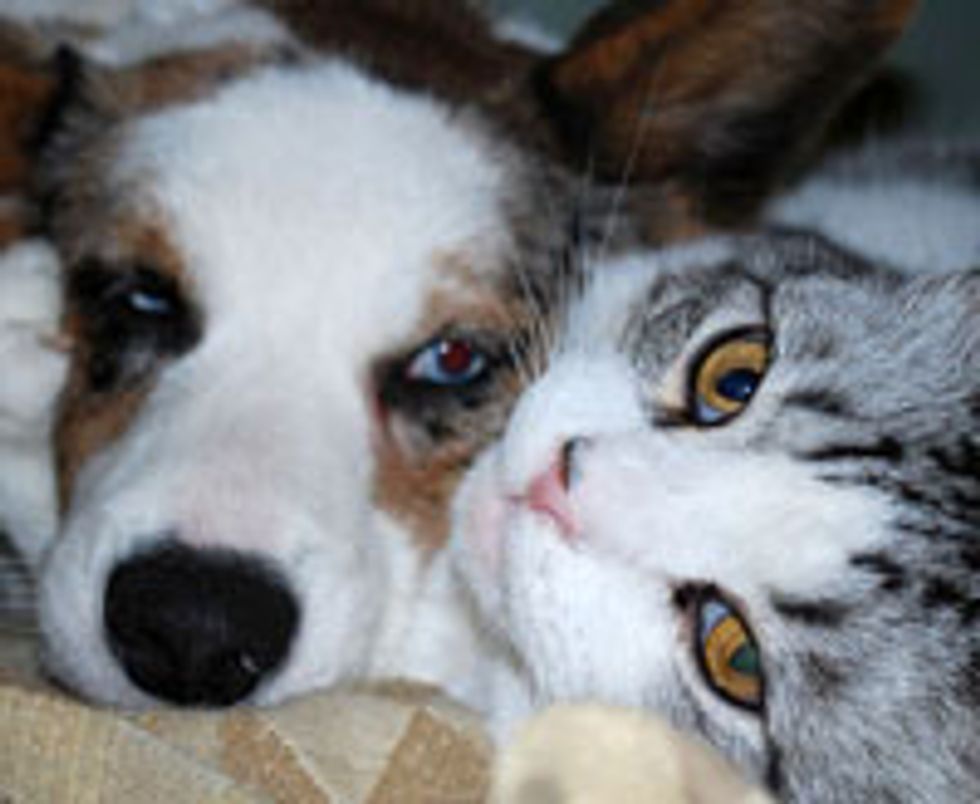 Dusty's mom was a humane society rescue we fostered and she was so ill after the kittens were three days old and she nearly died. Three of the kittens in his litter didn't make it... one passed away later of a congenital defect, and the only ones who survived were Dusty and his brother. His brother was adopted by a loving home, but Dusty...

Let's put it this way. His actual name is Dustoff - he's named for the medical helicopters. We spent so much time at the vet's, and we still do, it's rather fitting!

He doesn't think he's a cat, he knows he's a person. He's also the Monk of cats. Total neat freak, loves freshly mopped floors, loves to supervise while you clean, loves to watch you paint and fold and wash things. He loves ALL little animals, including chickens and guinea pigs.

He really is a good guy - the funniest thing is that when he was little, I carried him everywhere under my shirt - to the vet, around the house, etc.

So, now he's 15 lbs and when he gets nervous, he crawls under my shirt - so my poor vet is usually like "I'll let you get him out."  At least he has a sense of humor!