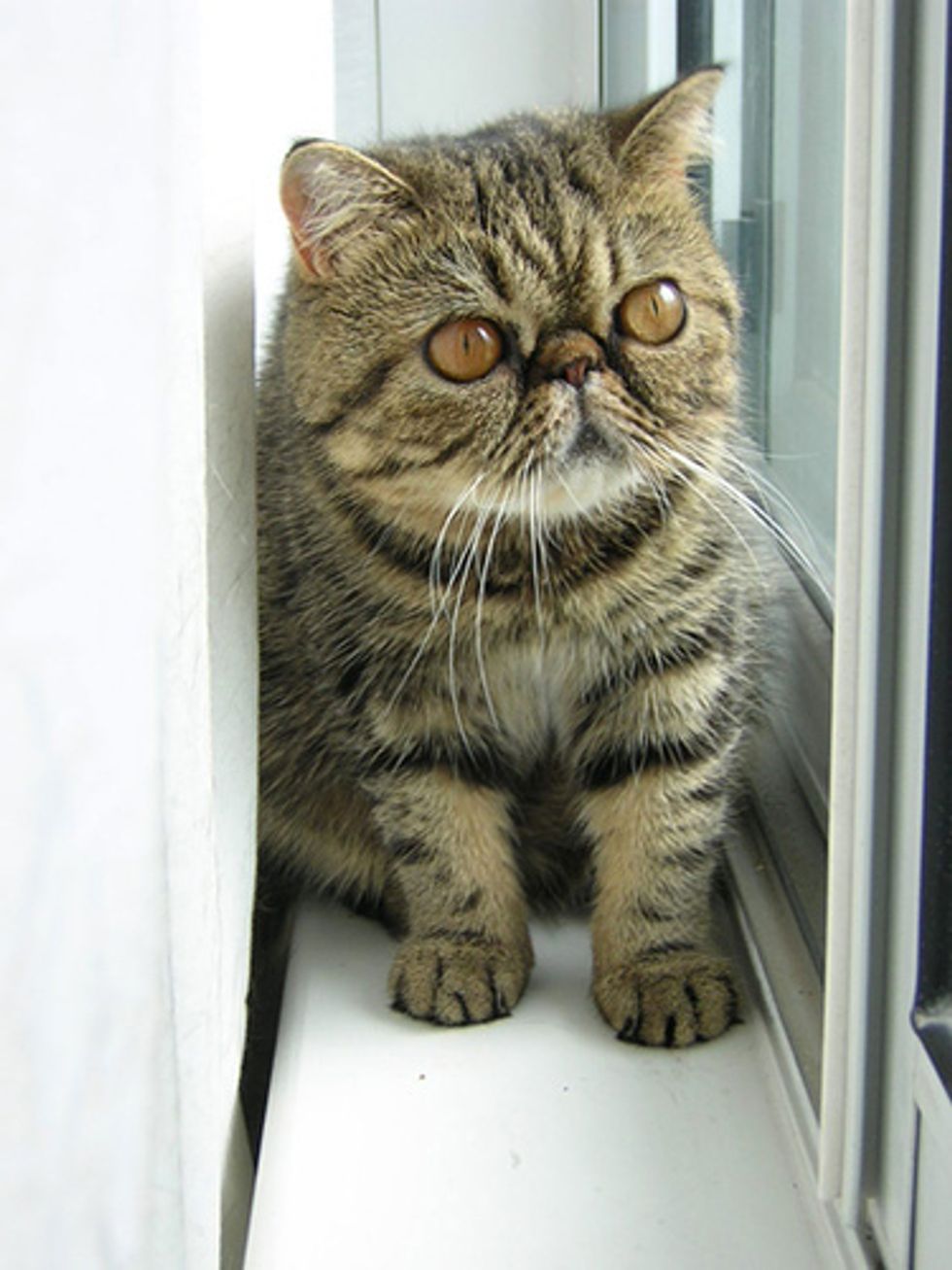 The Exotic Shorthair looks exotic with their interesting features. In fact, the way they look has to do with how the breed came about.

Back in the 1960s, breeders from the United States decided to secretly cross the Persian with the American Shorthair. They wanted to improve the body type and fur color for the American Shorthair by mixing the Persian into their bloodlines. During that period of time, the Persians were the most popular cat breed in various cat shows and they had received numerous accolades for their elegant build and beautiful coat. In order to push American Shorthairs into the shows, breeders went through a series of remodeling and finally settled down on a heavier sized new hybrid with a rounder face, flatter nose, and longer and thicker coat. They appeared to be quite welcomed in the shows, though they were not recognized as a valid breed at the time.

The Exotics are playful and lively. They inherited the energetic characteristic from their American Shorthair forebears, thus are not as laid-back as the Persian. They are loyal, affectionate and somewhat quiet. They have the perfect marriage of personalities from both breeds. Also, they are fond of being cuddled and petted, and will purr and lick in return to show a plethora of affection to their owners. They enjoy being involved in their owners' lives and following them around in the house.

Since their coat is much shorter than the Persian, grooming requires far less work. Weekly brushing and combing is sufficient to remove loose hair and reduce chances of getting hairballs. Exotics have a flat face just like the Persian, their tears tend to build up, thus staining and dampening the face. Regular cleaning with a wet cloth will help fix the problem.