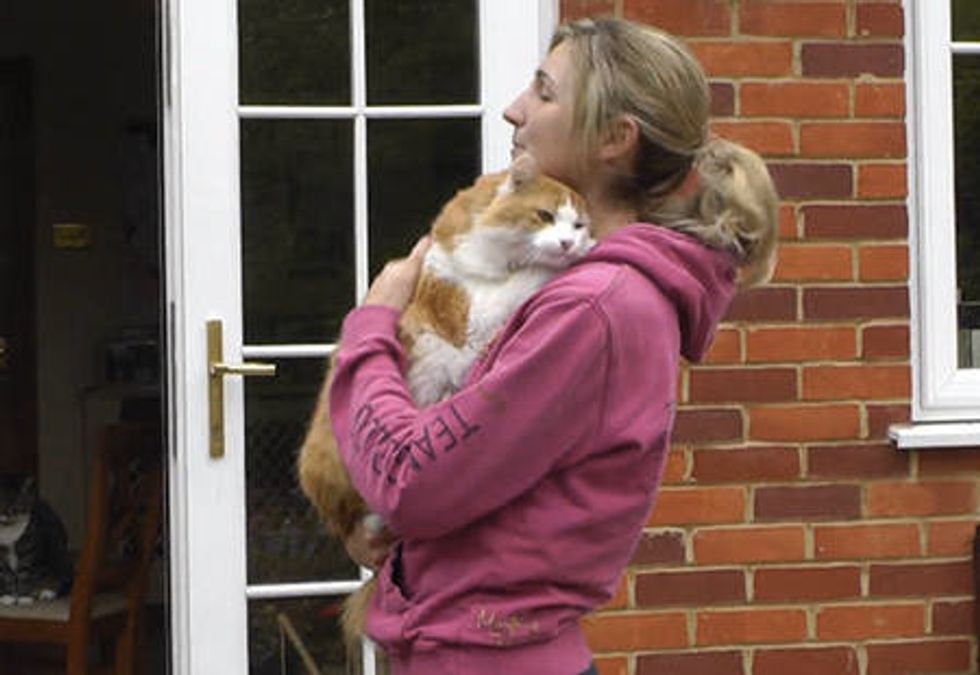 This cat had a bad start in life, but is now in a loving home! Meet Marmalade, a former feral cat.

"He was rescued by the Cats Protection League when he was only a year old. He was deemed to be a 'feral' cat, and fortunately thanks to the CPL 'Feral cat' scheme, he was adopted by a lady who owned a farm in Devon and wanted some yard cats to keep the mice population down. However once he was loose he ran away, and found himself on a neighbouring farm for the next 3 years," Jennifer Galuszka said.

The owner of the property did not like cats and warned to get rid of him, unless Jennifer promised take him when she left the farm. "Of course I did and he is now happily living with me forever!"

"Hopefully as you can see he is now one very happy cat!"

Jennifer found a feral cat on a farm. "We sort of found each other at a time when we needed each other."

He was extremely scared of people "The other people there told me that I would never get near him," but day by day she built up his trust.

He jumps up to her for a hug

They have an amazing bond.

Jennifer rescued Marmalade from the farm. "He is now happily living with me forever!"