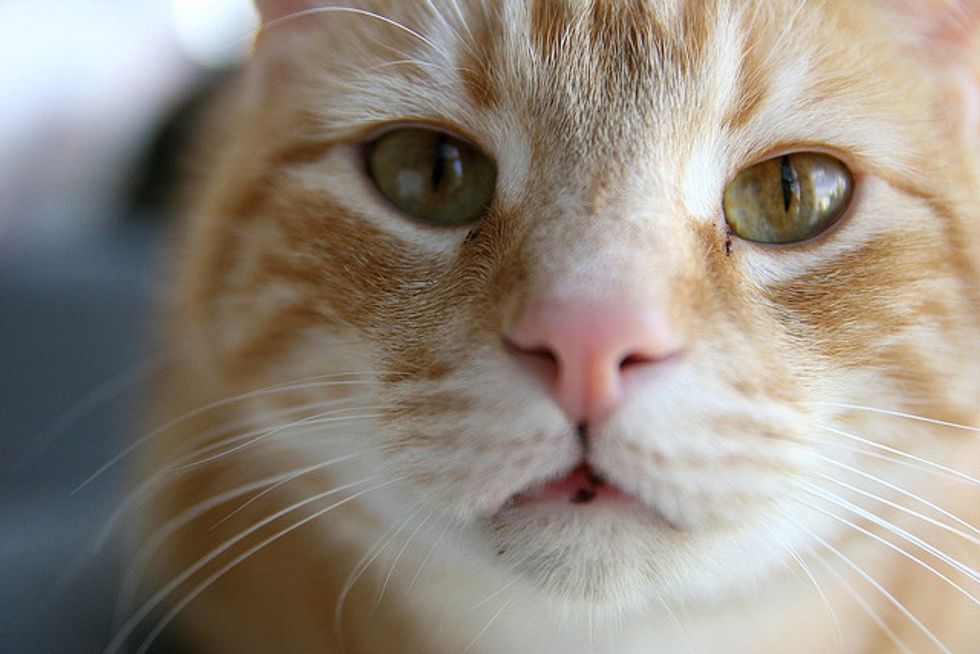 Fiko (pronounced FEE-ko) was born purring, I am sure of it. A look, a whisper, or a touch will start his purr engine going, and sometimes it will rev so loud it can be heard from across the room. This isn’t the only thing that makes Fiko special, but it is one of the reasons I was convinced I had to bring him home. Fiko was rescued from a high kill shelter, along with his brother, on the day he was to be put down. I always wonder if there were other siblings he left behind that weren’t so lucky to be hand-picked for rescue. A kind lady in the Bay Area (California) would drive out to the rural areas, where the animals were more likely to be put down due to overcrowding, to pick up as many cats as she could before they were to meet their doom - usually orange males. Why? Because in her experience, orange male cats were the friendliest and, hence, the easiest to get adopted.

The day I met Fiko and his brother at 3 months old is the day he purred his way into my heart, back in 2004. He was my first kitten, and I didn’t quite know what to expect when I brought him home from that kitten with big ears on a tiny body. Turns out, I could never have even imagined all the things Fiko would become to me - a scarf (when he was small, he’d sleep curled up on my neck), a page turner (he is always there to turn my pages when I’m reading a book - see below video), and sometimes a circus side show full of acrobatics (for those lazy Saturday afternoons when you need a good laugh).

Fiko has actually met with a bit of fame due to his jumping hobby! He recently made a cameo appearance in the video game Command & Conquer: Red Alert 3 Uprising. In the game’s backstory, they explain that the main character, Yuriko, was able to levitate objects when she was a little girl - it then displays this image of little Yuriko "levitating" Fiko.

When he’s not posing for video games, he loves to dance, since there is always music playing in our house.

Ever since he was a kitten, Fiko sometimes forgets to put his tongue back inside his mouth, which makes him look so silly, but I never tell him this. I just give him a little scratch on the head and tell him he’s gorgeous.

Our house would definitely not be the same had that nice lady not saved Fiko from being put down. That purry orange kitten has turned into a beautiful BIG boy who now sends his biggest purr to all of you!

Fiko's incredible jumping and landing ability (Fiko's dad has taken a lot of pictures of him when he plays with his feather toys. Fiko always goes crazy over those toys. :)