This Fluffy Cat May Have the World's Longest Tail

This fluffy Maine Coon cat may just have the world's longest tail! 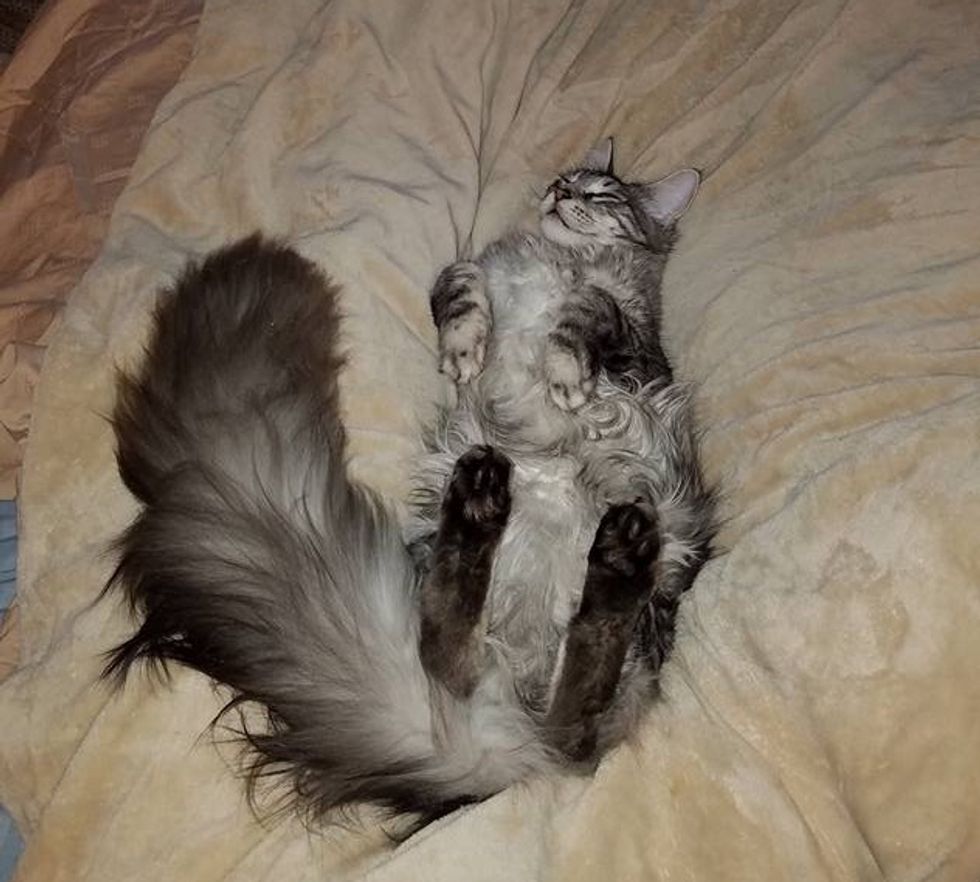 This gorgeous Maine Coon from Detroit, Michigan is turning one year this Sunday, weighing in 15 lbs. His tail has always been long and just keeps growing longer and fluffier.

"His tail is currently about 18.4 inches long (if you count fluff it's like 24) measured from the tail base to the end of actual skin," said Dr. Will Powers, a family physician in Michigan.

Cygnus is a very healthy fluffy kitty, and at his age, he still has more growing to do.

"He's well over the world record now of 16.3 and showing no signs of stopping. The tail grows by about half an inch every month or so. It's starting to look almost weird on him." 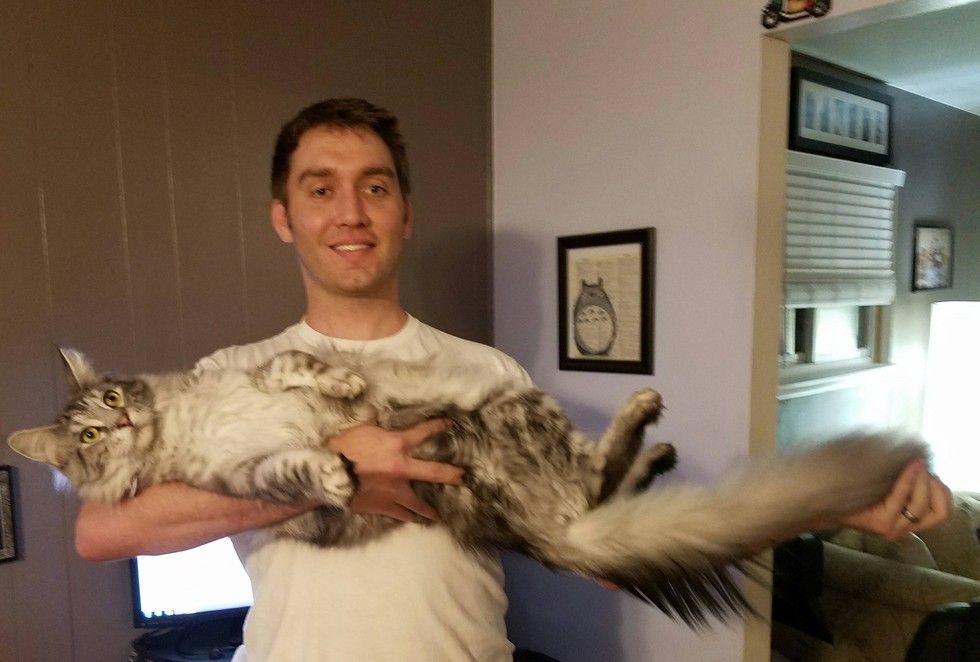 "He's exceedingly friendly, and almost like a Ragdoll when picked up. He just flops and lets me do anything to him like touch his belly or paws," Dr. Powers told Love Meow.

The current Guinness record holder for the longest tail on a cat is Mymains Stewart Gilligan (Stewie) at 16.3 inches, who also holds the record for the World's longest cat at 48.5 inches.

"Cygnus is only 41 inches from nose to tail tip, so he is nowhere near as large of a cat." 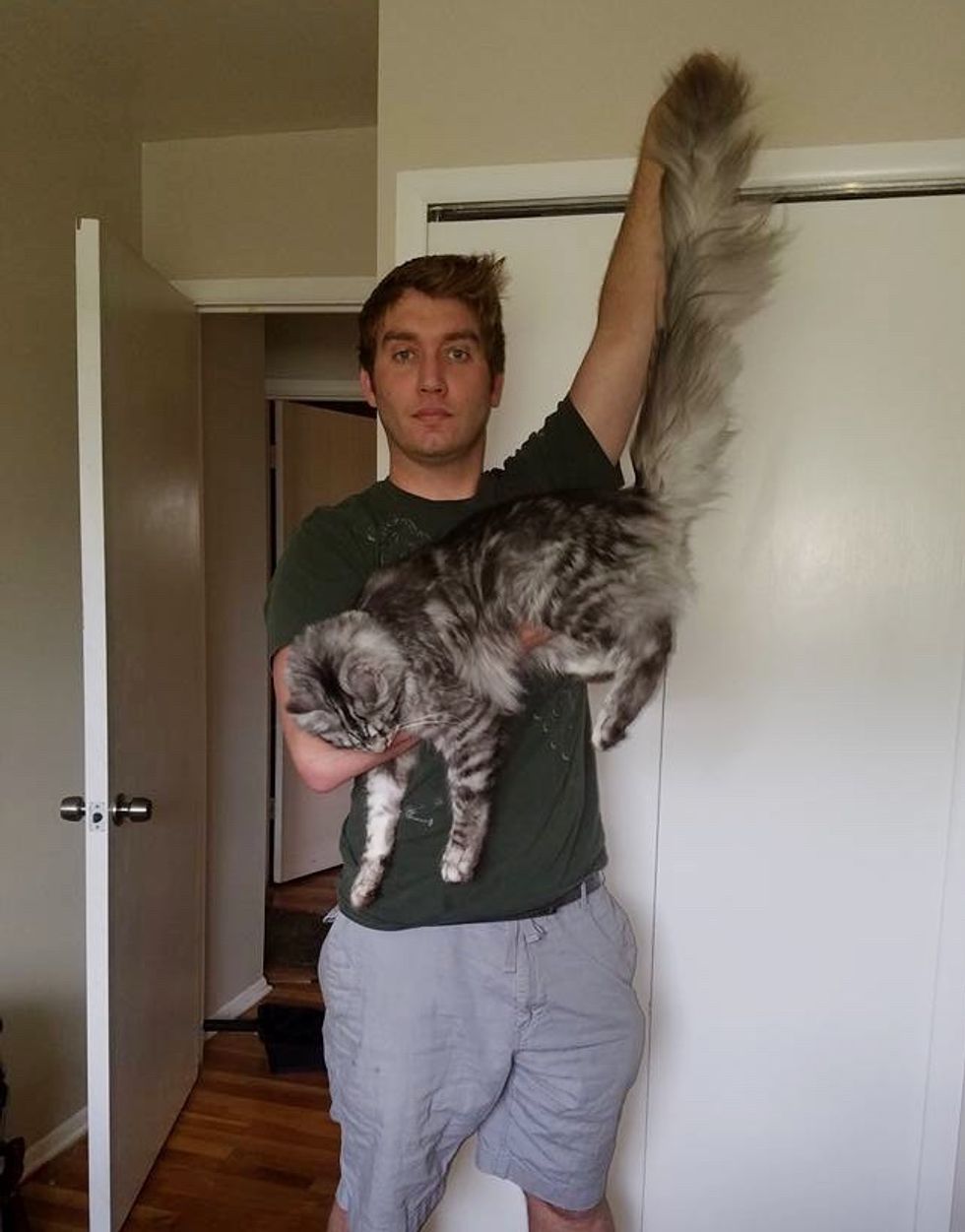 "He goes insane for the laser or other toys, always extremely high energy when not sleeping."

When Cygnus was two months old... 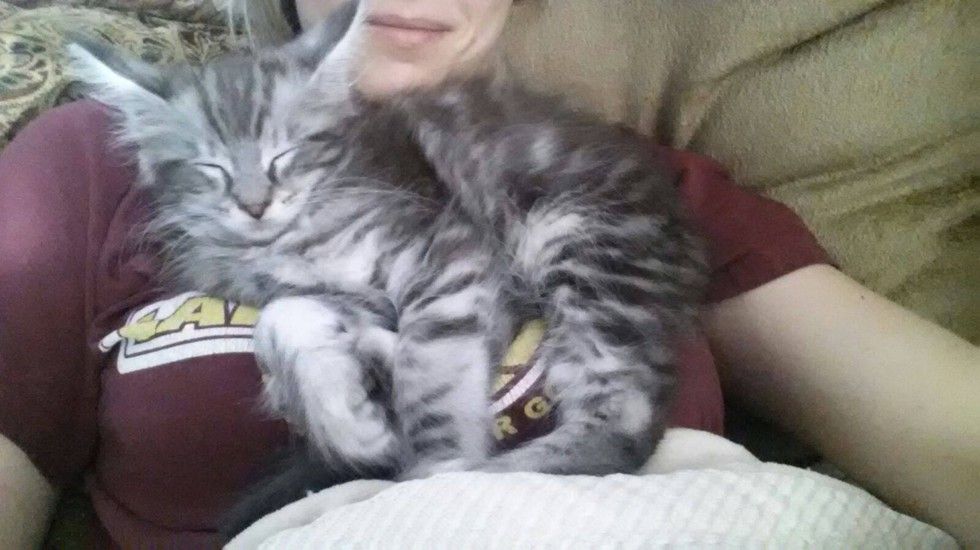 "People call him 'featherduster' or 'Door draft blocker' as the thing is so long and fluffy." 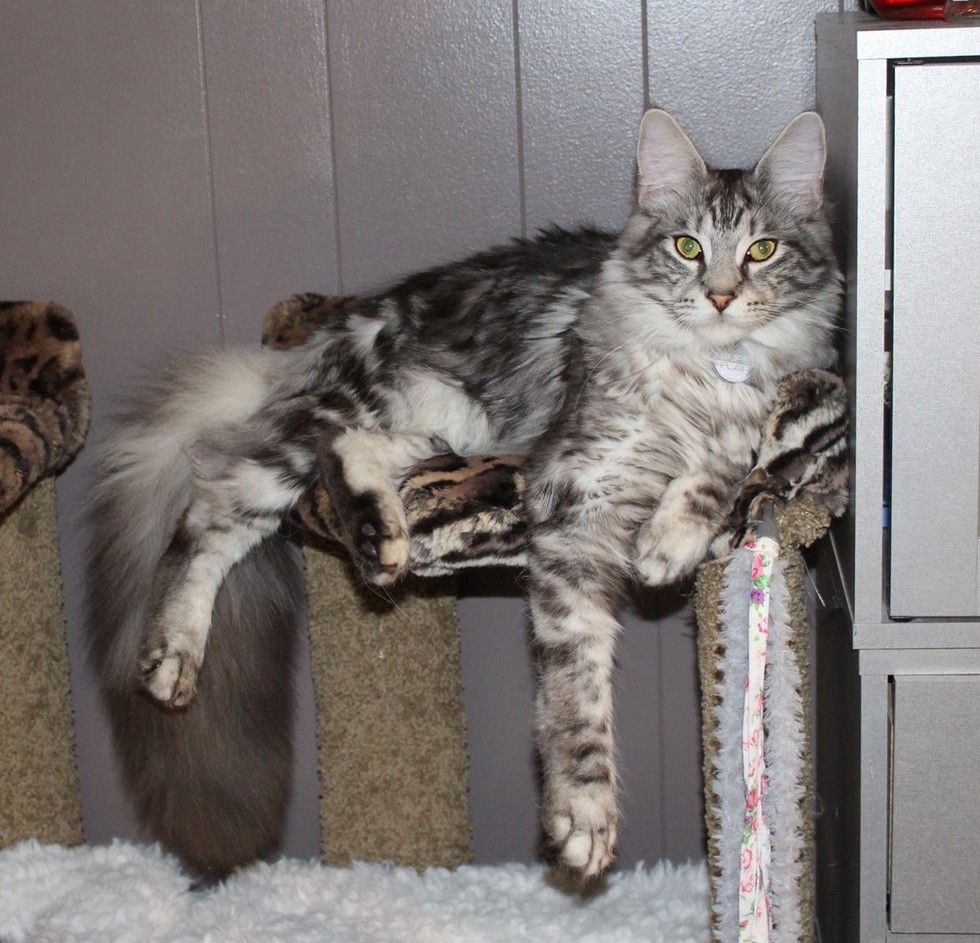 Tail comparison! Cygnus vs. his buddy Sirius, a rescue Bengal. 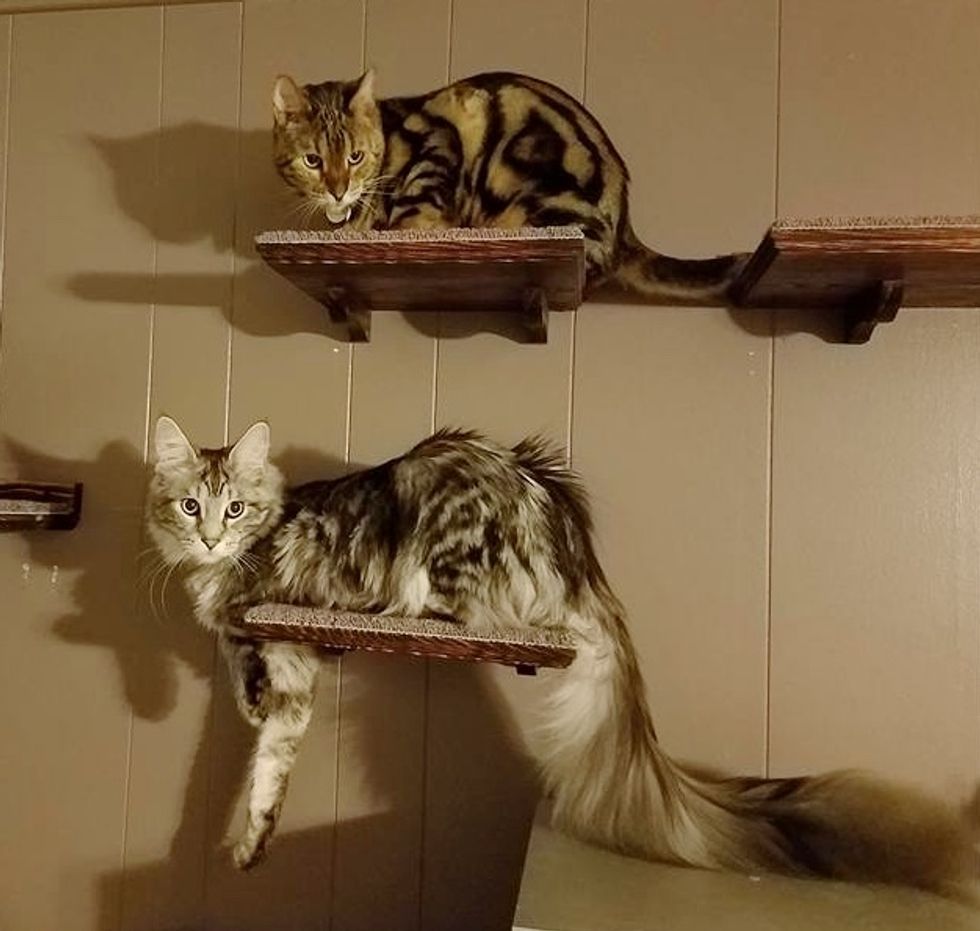 Cygnus and his two brothers. They adore each other. 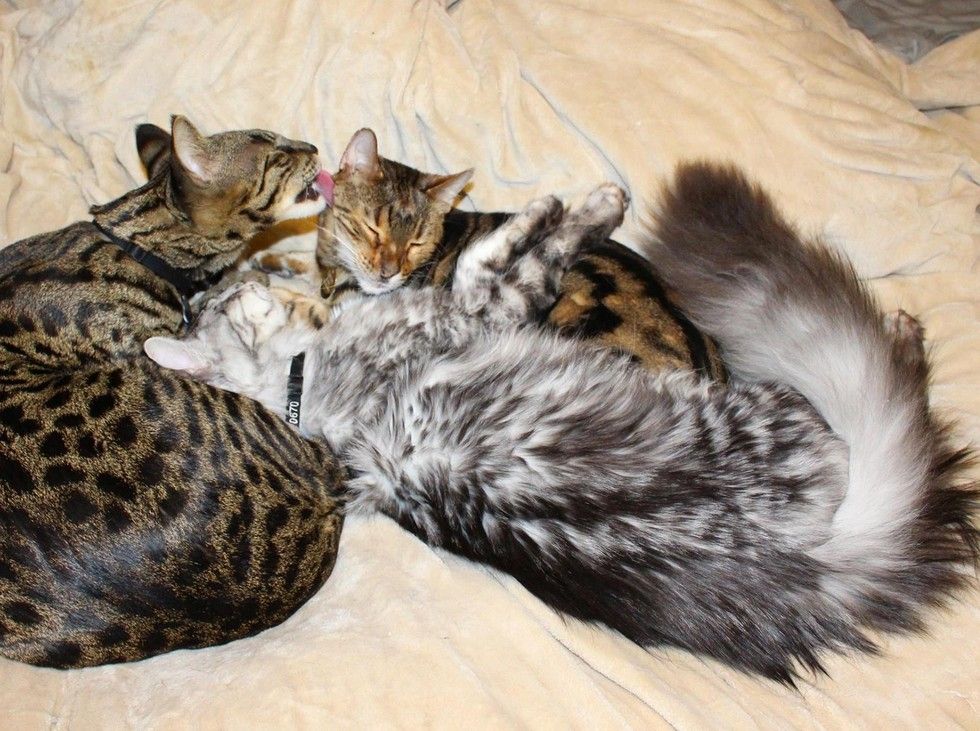 "Most of the time when he's holding the tail 'upright', it curls around at the tip and looks like a floofy question mark." 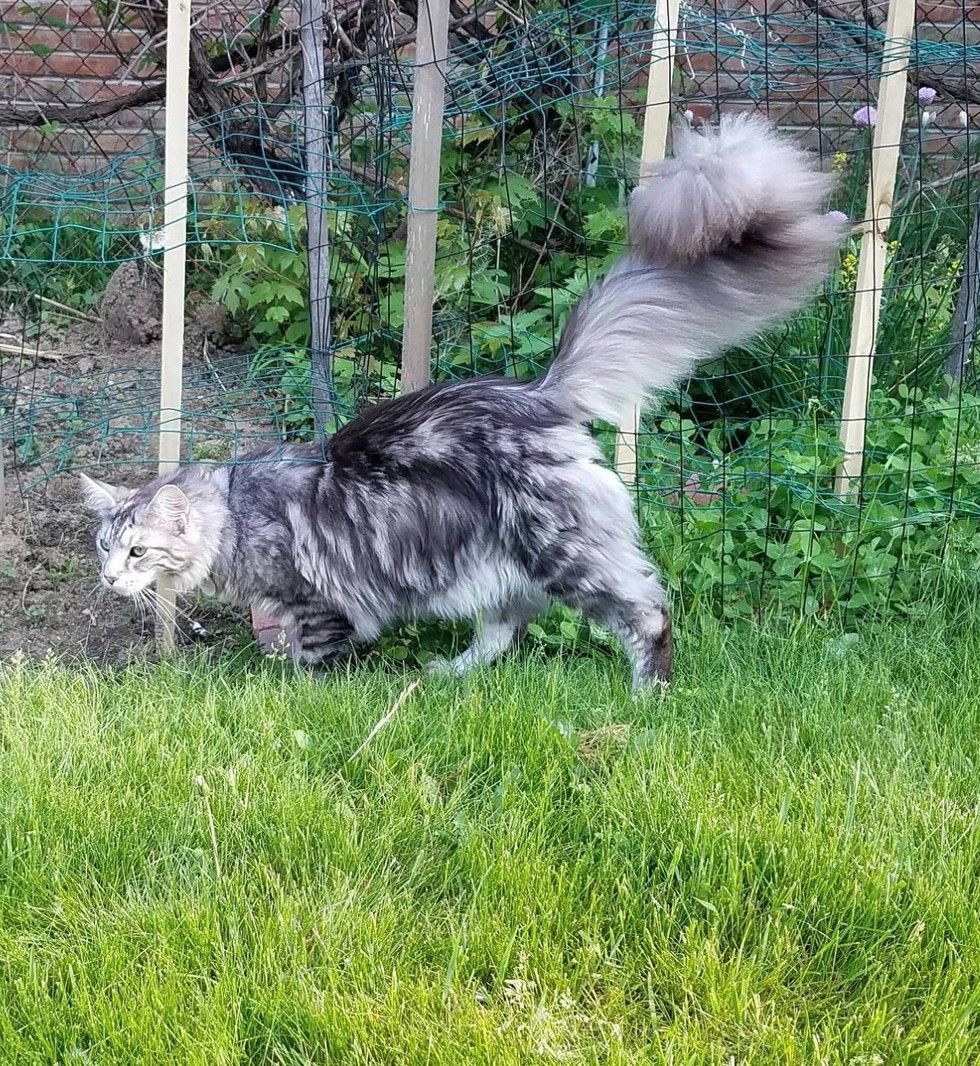 Cygnus loves his humans and helps dust off things on a daily basis without even trying.

"He's seriously such a docile and loving boy." 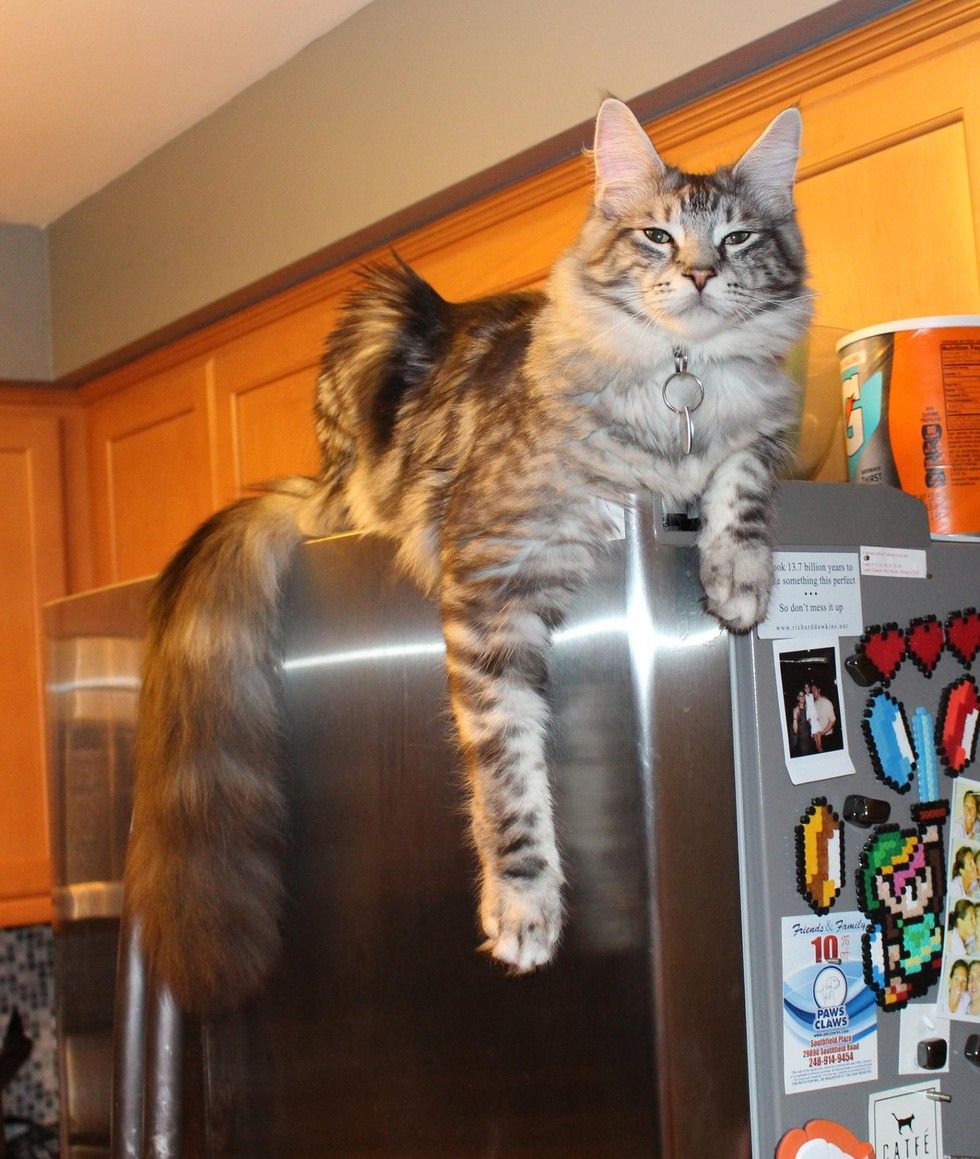 Watch Cygnus and his fluffy tail in this video:

Related story: At 30, This Cat is Now the World's Oldest Living Cat