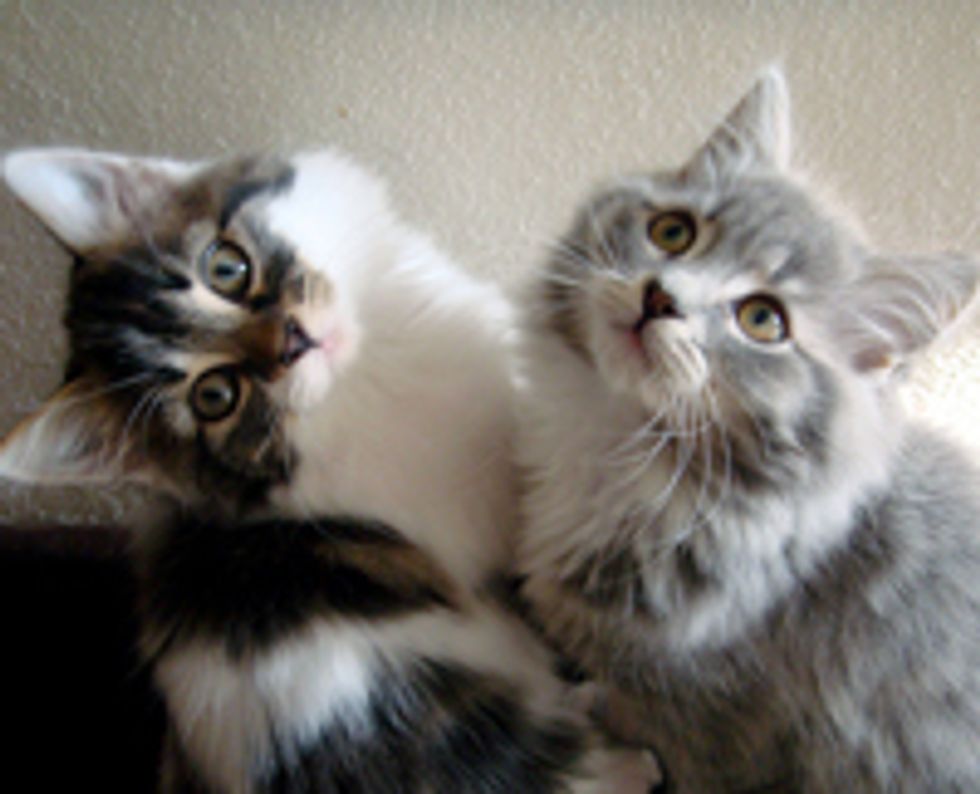 After six weeks without the pitter patter of little tootsies, just being very busy with work and life in general, the phone rang and i smiled with delight when i saw who it was… the Lort Smith Animal Hospital! Two littlies needed my extra special fattening care… and to say the least it was absolutely purrrrfect timing. I picked them up on Monday and they were slightly sacred of what was all happening but once they arrived home… everything became clear. The big fluffy bed became an instant hit! The grey kitten is a delicate little lady who was losing weight compared to her burly tabby brother. Big tummies and loads of purring have already been produced in a day!

The two new fosters, Pixie and Oberon settled in well… they both still a little worried but each day their timid shell cracked a little more. Pixie showed that she was the rascal of the family, loving to play, run about the place and torment her brother whereas Oberon was just loving sleeping and sitting by the heater… every day delivered more and more purrrs!

What sweet little ones Oberon and Pixie were - Oberon with his very relaxed manner and Pixie with her up and go skills. Such sweet kitties as individuals and as a team. Some times siblings don't really care for each other but these two had such fun together and at the end of a long day playing they would snuggle up together too. Oberon adored his tubby rubs, Pixie came a close second there so she simply loved them. They both were magnificent purrers and pretty much only stopped purring when they slept. They abandoned the fluffy bed they feel in love with weeks ago for the little sleeping bag where they would snuggle up together and then finally graduated to the big kitteh sleeping bay on top of the play tree… just purrrfect height for pats and kisses.