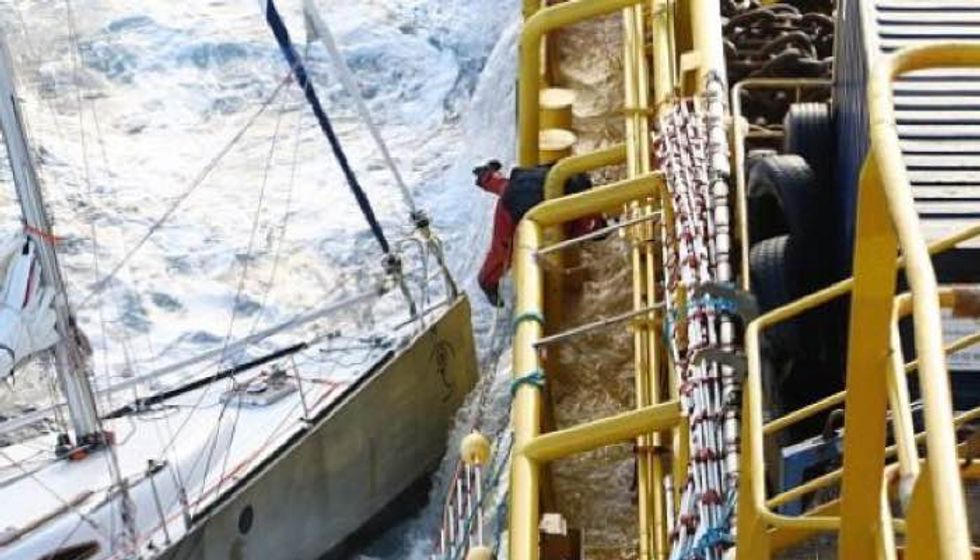 A French sailor tucked his cat under his coat before leaping onto a rescue ship from his yacht. According to the Coast Guards, he was protecting the cat in his coat as he jumped over to the waiting rescue ship.

Manu Wattecamps was clinging to the rigging pole at his boat’s bow, braving ferocious waves battering his yacht.

He was sailing from Dutch Harbor in Alaska to San Diego, California, when he encountered the storm.

He jumped across from his yacht onto the ice breaker Tor Viking with his cat in his coat.

"It was agreed that Emmanuel should use the rigged entering ladder, but he took the opportunity when it was there, and got off the yacht," Tor Viking's captain said.

"If he should have slipped and fallen into the sea, we did have him in the messenger line and harness, able to heave him on board."

"Emmanuel and his cat wasn’t harmed in any way, they are both doing well."