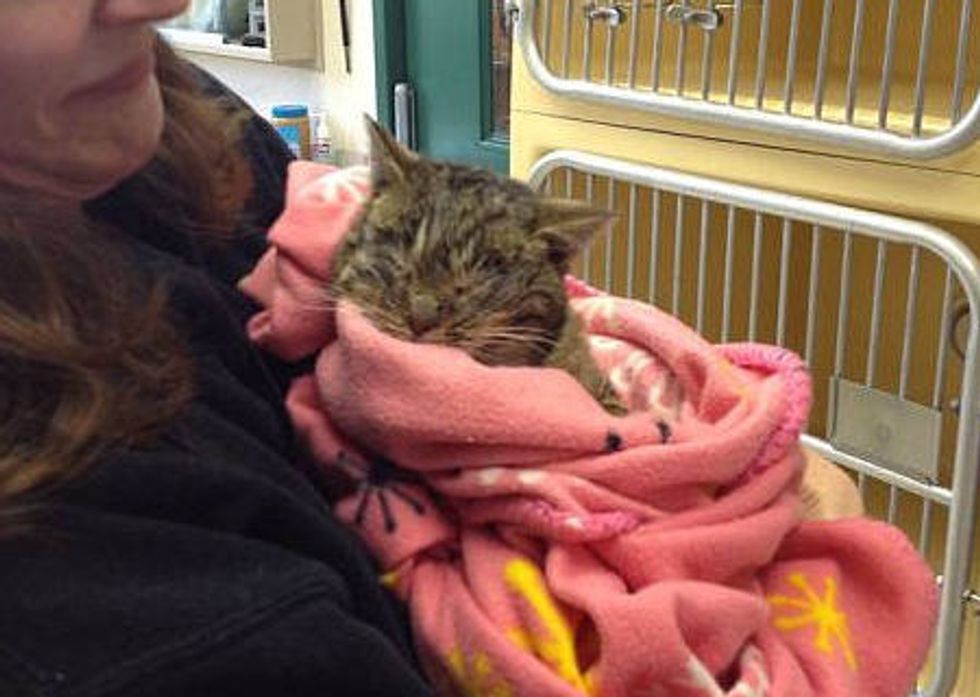 Frosty The Kitten Found Frozen Is Brought Back To Life

A 5 month old kitten was found frozen and stuck to the road but given a second chance at life thanks to a kind person that rescued him and shelter workers that brought him back to life.

Dara Taylor of Elyria, Ohio spotted the grey kitten while she was on her way to work. "I thought it was a chunk of ice in the middle of the road. When I got closer, it moved. That freaked me out," said Taylor.

"As I got out of the car, I could hear him meowing so loudly and pitifully and his little heart was beating so fast," she added.

Dara immediately picked up the kitten and took him to the Friendship Animal Protective League, where workers quickly gathered blankets and supplies to warm up the kitten.

They managed to bring him back to life and later named him Frosty. Frosty was unable to open his eyes at first, but now he can see and is feeling warm and so much better.

A 5 month old kitten was found frozen to the road in Ohio. Dara Taylor heard his crying and set out to rescue the little one.

Dara took the kitten to the Friendship Animal Protective League where rescue workers quickly set to warm him up.

They dubbed him 'Frosty' and are giving him all the warmth and love they could supply.

Frosty was unable to open his eyes when found, but now he can see and is warm and feeling so much better.