He Doesn’t Know What It's Like as a 4-legged Cat. He was Born with 3 Purrfect Paws!

He doesn't know what life would be like as a 4-legged cat because this adorable ginger boy was born with only three legs and he thinks he's purrfect just the way he is. 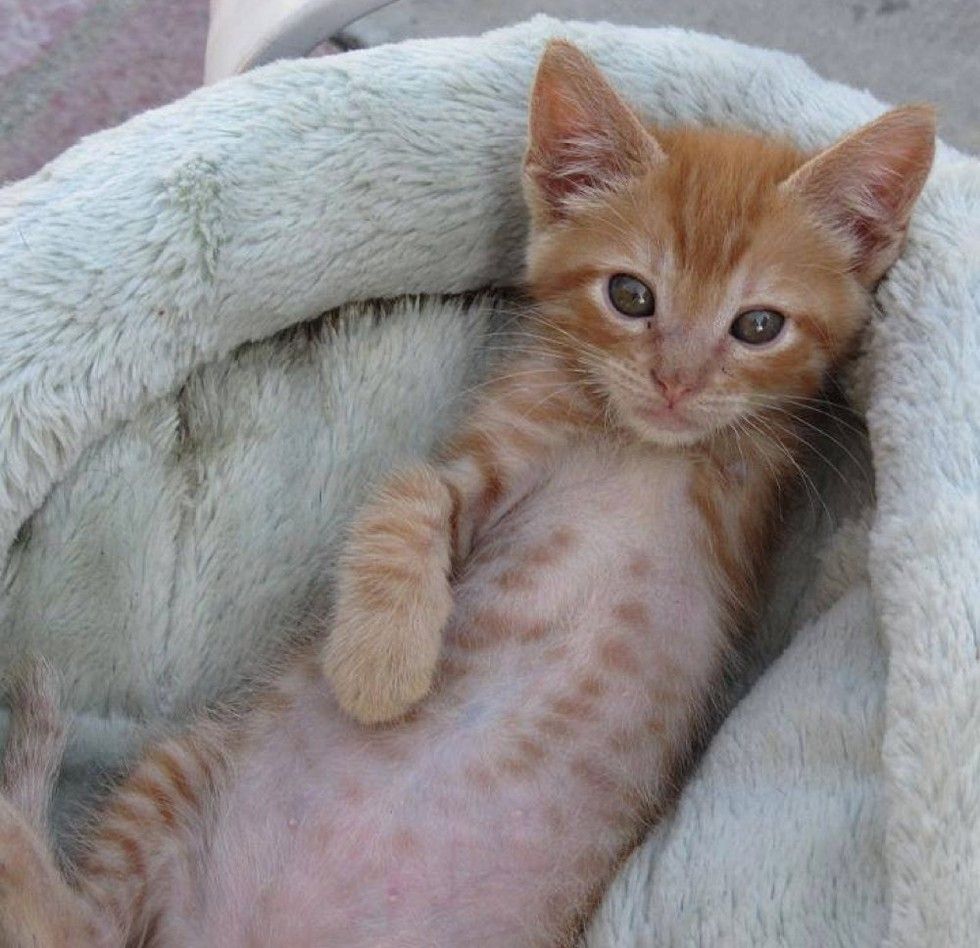 "Lefty was born missing his front left leg. He has a little 'stump' and a malformed left scapula. He was handed over to his foster mom, Pam, by someone who knew that she was part of the local cat rescue group, The Feline Network of The Central Coast," Reggie told Love Meow.

"Lefty was near death due to a mouth Infection which made it impossible for him to suckle."

Cuddling with his mousy. 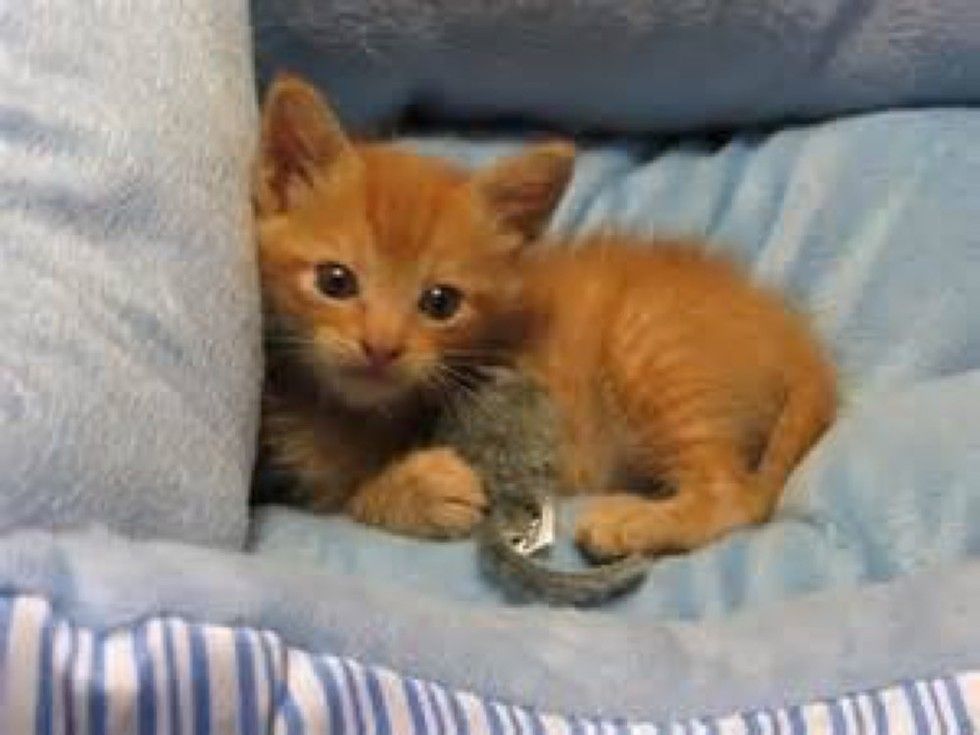 After many sleepless nights, his foster mom Pam brought him back from the brink!

"She and her vet worked diligently to get Lefty's mouth infection cleared and to get him to eat, feeding with a syringe." 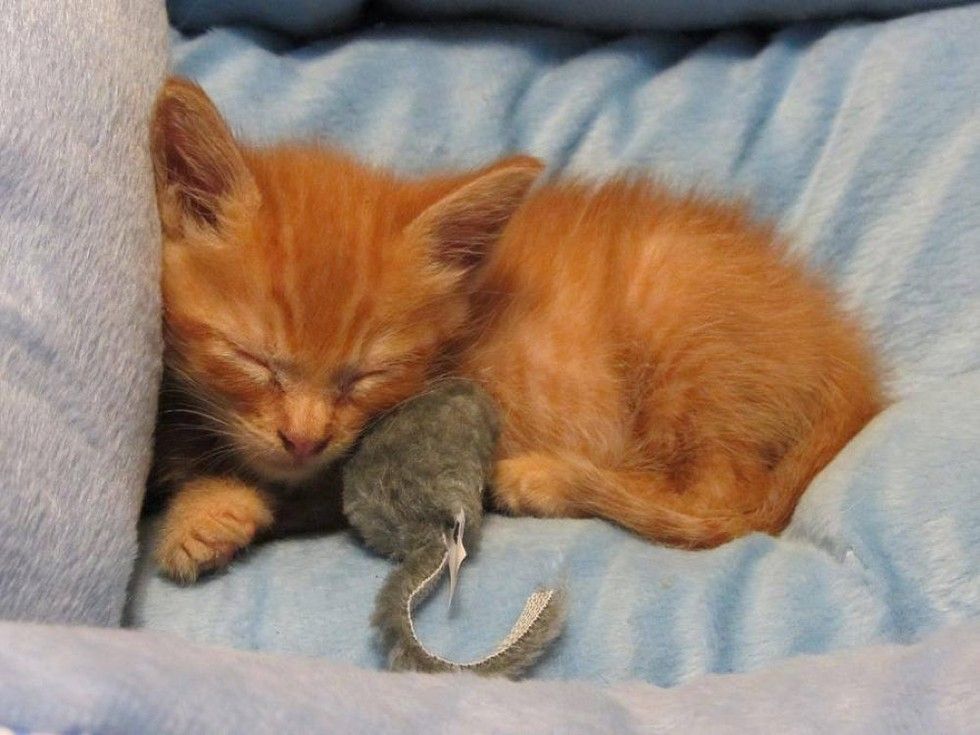 When Lefty found his human mom...

Reggie was looking for a companion for her ginger girl Punkin who was found a feral kitten by the same rescue.

"I saw Lefty, fell in Love, and asked who I needed to see in order to take him to his 'FurEver Home'. His foster mom, Pam. had me literally jump through 'hoops' to make sure I was worthy of the Lil Guy!" Reggie told Love Meow.

"I guess the clincher was when I held him and he just quietly lay in my arms." 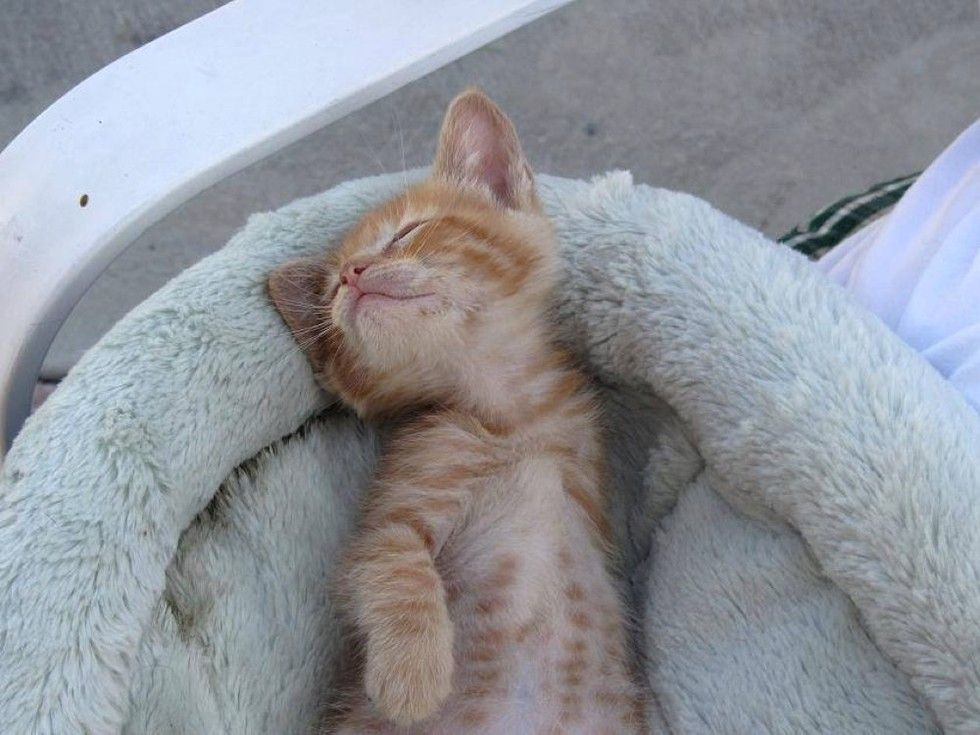 Lefty and his forever loving home!

"Several years have passed and Lefty is a wonderful fire cracker of a Ginger." 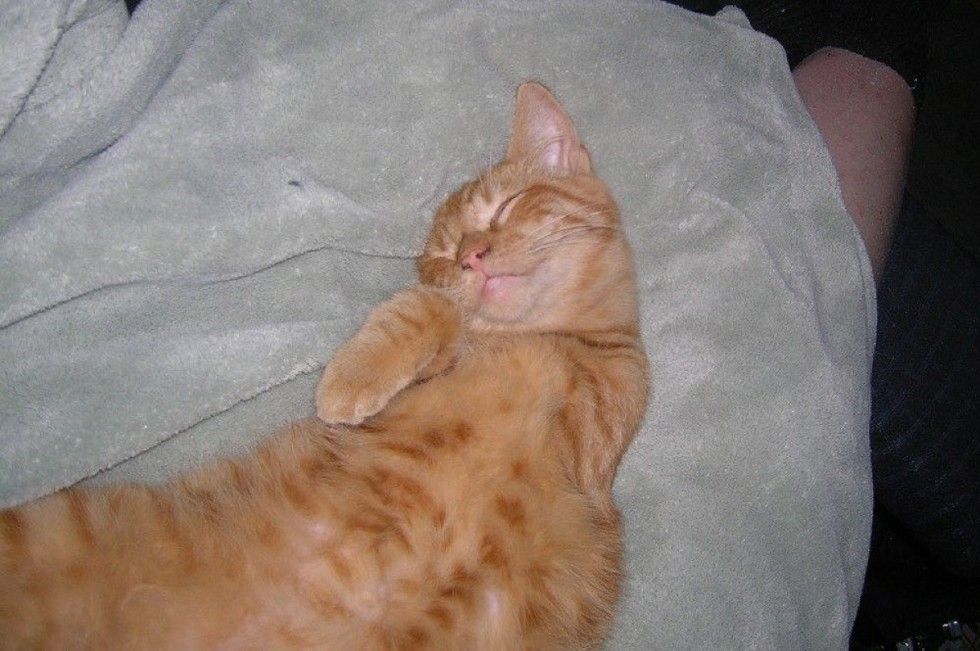 "His being a 'Tripawd' does not stop that Lil Monster. We love him, and his diva sis, Punkin, to bits," Reggie told Love Meow. 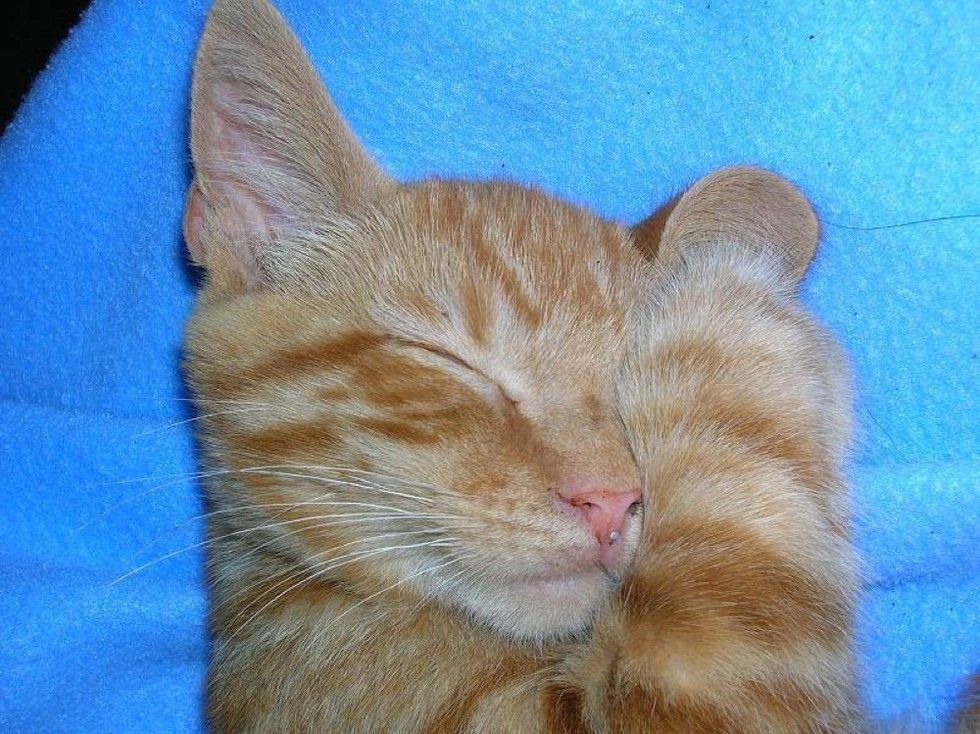 Lefty and his favorite "kitty recliner".

"This position allows him to rest his left side against the chair base which 'balances' him better." 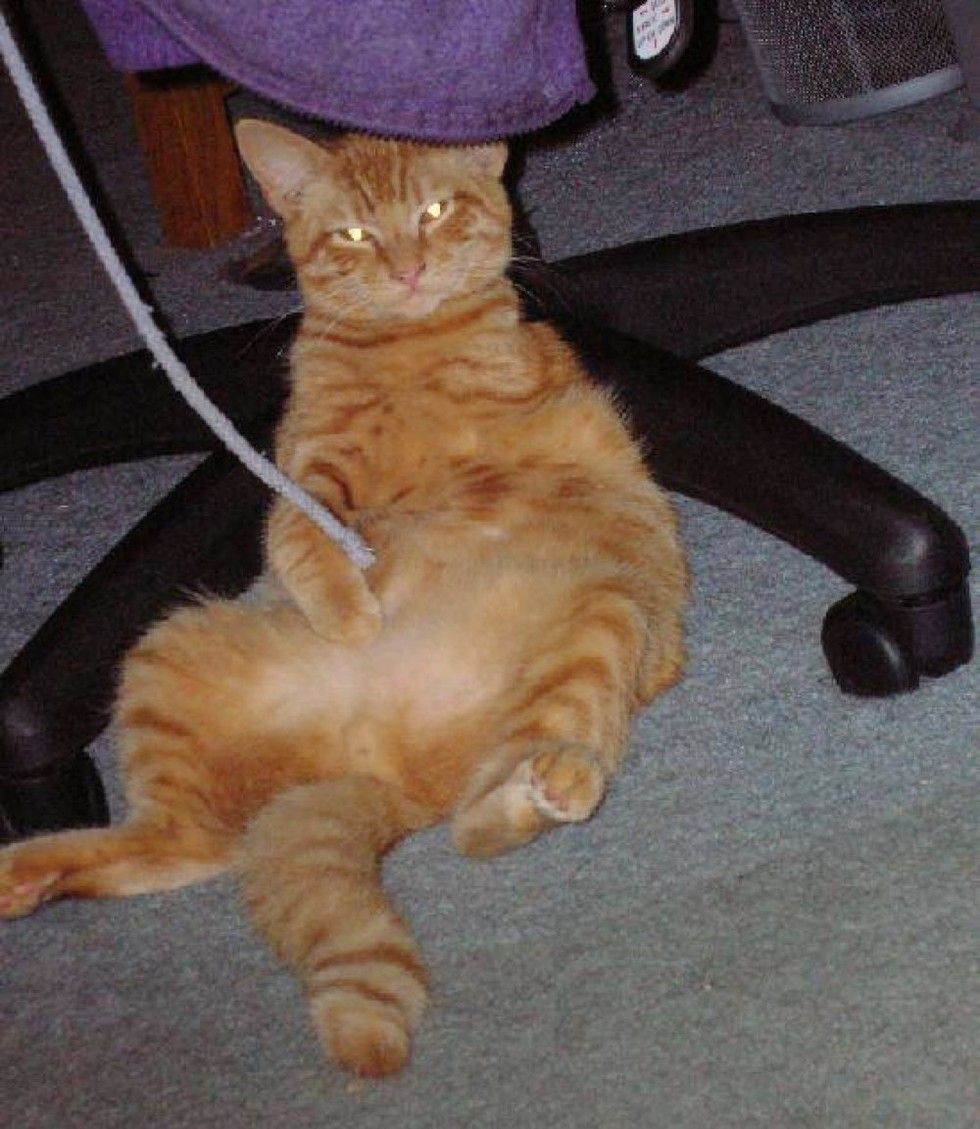 "Nothing stops that Ginger Boy. He throws himself into all sorts of 'trouble'. He and his sister have the run of 'The GingerBred House'." 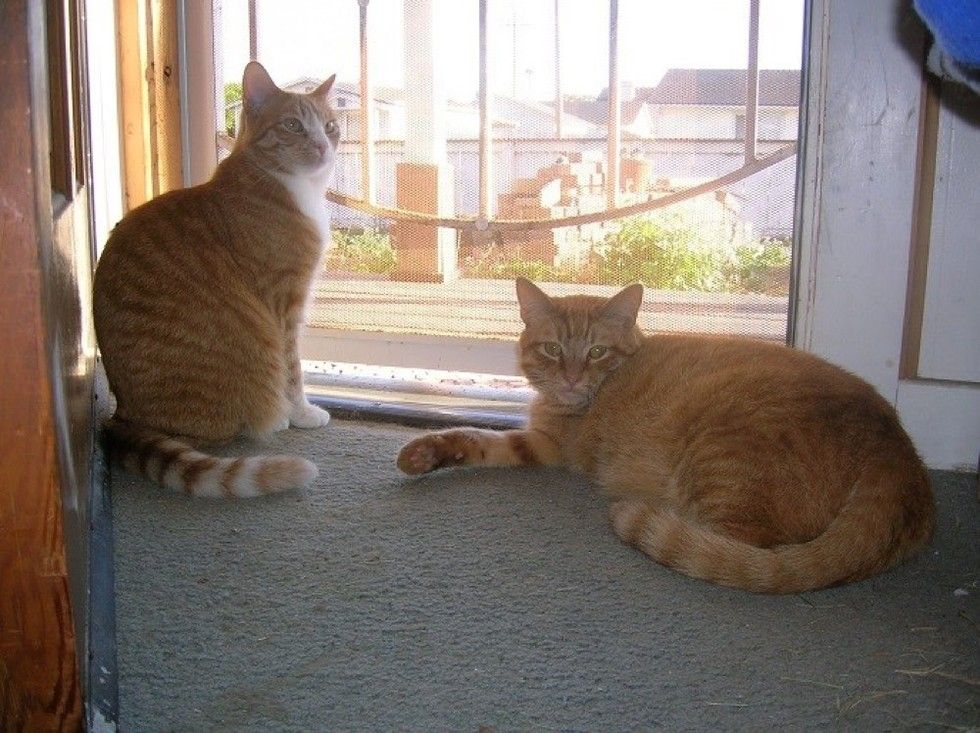 Cats with special needs are as deserving of a forever loving home as other kitties :).