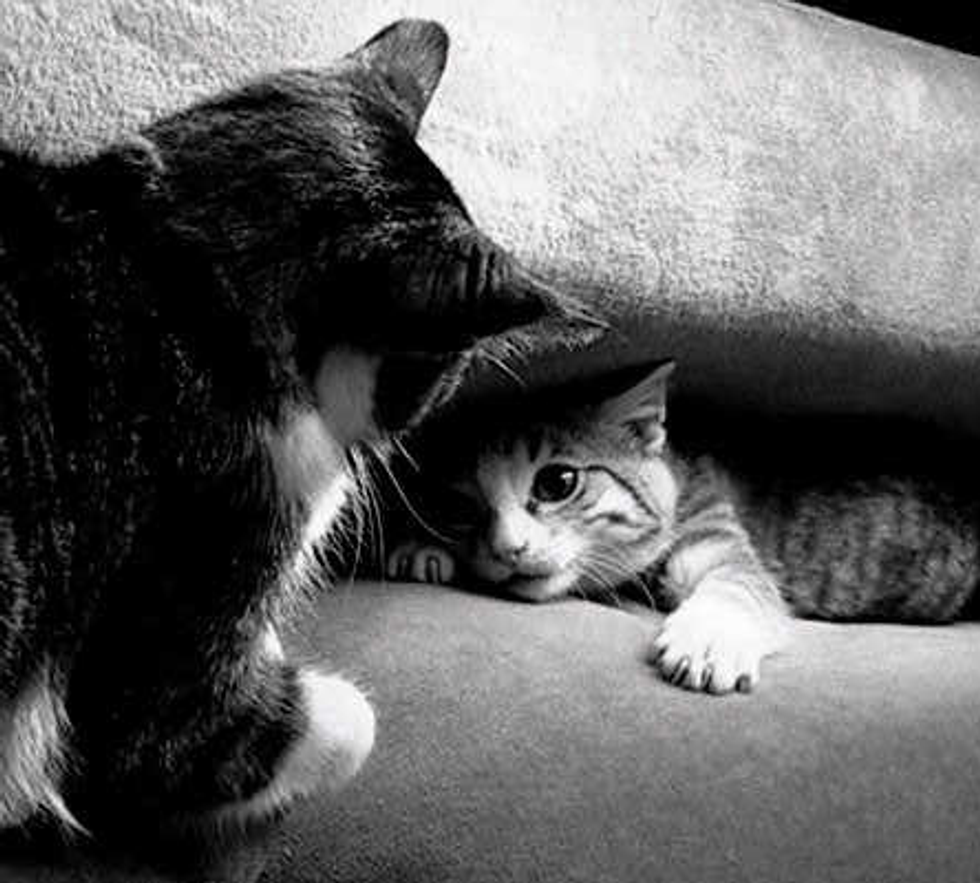 How to Stop a Cat Fight?

When a new cat is introduced to an established cat, the original cat may find the newcomer a bit intrusive. If the introduction does not go smoothly, the older cat may become resentful of the new cat for interloping into its territory. It is better to intervene before the friction between them escalates into aggression.

How to prevent a cat fight?

When a new cat is moving into your place, the older cat needs to make sure that its territory is intact. By placing them in 2 separate rooms, leaving a gap or setting up a gate at the door will help them slowly introduce each other by smelling one another's scent.

Cats do not normally get aggressive or hostile at another cat if one carries another's facial pheromone. Rub down a cat with a towel and use the same towel to transfer the scent to another cat. By exchanging facial scent, it helps ease their aggression and allow them to get to understand each other better.

When feeding the cats, place the food in the room for the new cat and let the older cat eat by the door, so they are  practically eating together without interfering each other's meal.

When you let the new cat explore in the living room, keep the older cat in a closed door bedroom, so that the new cat can go freely in the area.

By slowly introducing the cats with the techniques above, a nasty fight can be avoided.

However, sometimes it is difficult for humans to distinguish between a real cat fight and a playful fight. The most noticeable difference is when a fight becomes hostile, the cats' ears are turned to the side and laid flat. You may not be able to see the subtle ear movement until they have started in a fight. Normally in a real fight, the 2 cats are making loud screaming, screechy noises. One of the cats is obviously dominant. There are a lot of hissing, swatting and biting involved.

How to stop a cat fight?

The best and most effective way to instantly stop an ongoing cat fight is to make a sudden and loud noise (i.e. slap your hands, drop a plastic cup, etc). It will distract them from the fight.

By physically intervening in a fight will only turn the cats' aggression toward the cat owner who is trying to halt the fight.

Another way to terminate a fight is splash water at the cats in combat. Once they feel the water drops on their body, they will break up and walk away.

However, if none of the aforementioned techniques works for your cats, it could very well indicate that your cats are determined to settle it in a fight. This happens more commonly between male cats even though they have been neutered. What you can do is keep an eye on the 2 when they start getting physical, break them up if you think they are potentially hurting each other. Sometimes cats will not stop sparring until a winner has been determined. Fighting is a way to ascertain the ranking of a cat in a multi-cat household. Often time when the hierarchy is drawn in the house, the fight is ended.

Though it may seem fairly violent when 2 cats are engaged in a fight. With biting, scratching, swatting, and hissing, many cat owners assume that somebody is going to get hurt if they do nothing. Rest assured, cats have had a history of fighting for thousands of years and badly injured cases are not common. Cats are aware of their own safety and know how to protect themselves from getting physically harmed. Most of the cats end a fight without getting wounded or some leave the fight with a couple of scratches.