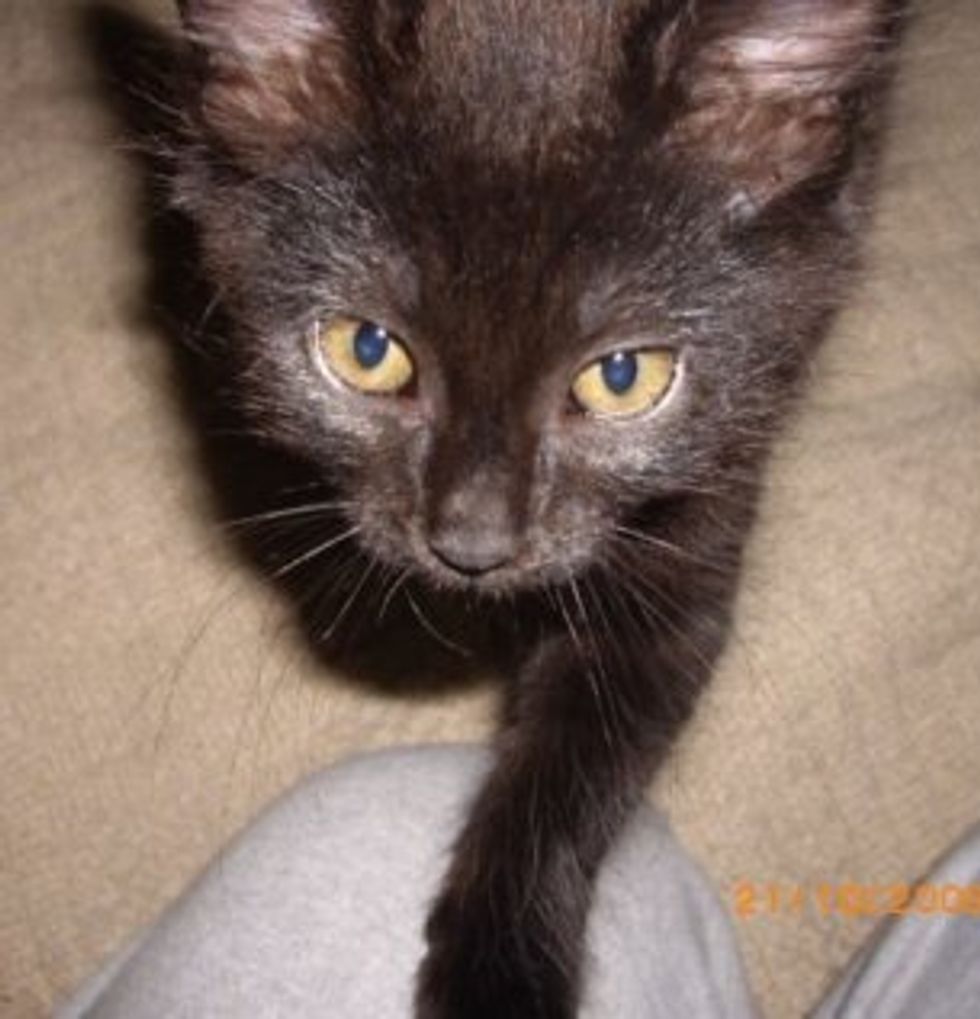 Some of the most watched online videos of the year have to be the Simon's Cat films. Simon Tofield created Simon's cat, a frisky rascal, based on his experiences with his own cats in Bedfordshire, England. His personal animation project eventually turned into an internet meme that garnered millions of views on YouTube and led to a book "Simon's Cat" which just came out earlier this year.

I had the honor to interview Simon Tofield and ask him a few questions that many of us would love to know:

Amy: Tell us something about yourself?

Simon: I first taught myself to animate by making flip-books.

Amy: Have you always been a cat lover? When did you fall for cats?

Simon: Yes. I got my first cat at the age of 9, which I rescued from the back of a stable.

Amy: Do you have any cats? Could you give us an introduction of your cats?

Simon: Yes. I have 4 cats. In the order of oldest first, I live with tiny, shy Jess and the gi-normous Maisie. Then there's mischievous Hugh and last, but not least, little kitten Teddy.

Amy: Where did you get your inspiration for Simon's cat?

Simon: The initial inspiration behind the first Simon's Cat film 'Cat Man Do', came from Hugh trying to wake me up one morning. I thought it would make an excellent scenario for a short animation.

Amy: Does Simon's cat have a real name?

Simon: I've left it up to the viewers to imagine what Simon's Cat's real name is. I think this helps the viewer to connect with Simon's Cat imagining it being similar to their own cat.

Amy: Are all the films based on your real experiences with your pets?

Simon: Yes. As time has gone on, with more films and now the book, I tend to find inspiration from all of my cats. Living with 4 cats, you can't help but notice and remember the funny little things they do.

Amy: How long does it usually take for you to complete a film?

Simon: Well the films aren't all the same length. But if I had to say, on average they take about 6 weeks to animate, and then another week for sound.

Amy: Did you create all the sound effects in the films?

Simon: I make all the animal noises for the Simon's Cat films. So I do the 'meows' and for Simon's Sister's Dog I did the whimpers. But I get help from a sound designer called Russel Pay for the mixing of the sounds and other sound effects, like breaking glass or scratching noises.

Amy: Have you shown your films to your cats? If so, were they amused?

Simon: Hugh and Teddy sometimes watches me while I work on the computer. But the others have far too important things to do. Like sleeping.

Amy: Did you ever expect that your films would become so successful?

Simon: No. It was a big surprise. 'Cat Man Do', the first film, was just a personal film I made while trying to teach myself Flash, which is an animation software. It was never meant to be seen by other people. But I put it on my animation showreel, and next thing I knew, someone had taken the video without asking me and put it on YouTube. By the time I found out, Cat Man Do had been viewed millions of times.

Amy: When did you decide to put your films into a book?

Simon: It's always been an ambition of mine to create a book. Luckily the popularity of Simon's Cat lead to a few publishers approaching me, which allowed me to take Simon's Cat to the printed page.

Amy: What's the book about?

Simon: The simple answer would be that it's about Simon's Cat! But if you read between the lines you could say it's about relationships, trust, love, humour, fun, animals and those funny moments in life.

Amy: What was it like to see your fan base grow into such enormous worldwide audience?

Simon: It's been incredible and a complete surprise! I am honoured that other people who love cats also like Simon's Cat. It's like we're one big happy cat family.

Amy: Don't you think your cats deserve some credit for your success?

Simon: Oh certainly. If it weren't for them I would never have had the idea for Simon's Cat. They definitely deserve their Christmas presents!

Amy: Are you going to make more Simon's cat films in the near future? What should your fans expect?

Simon: There will hopefully be many more Simon's Cat films for a long time to come. Is there one in the near future? Yes, but I won't ruin the surprise. If I told you what to expect, then it wouldn't be a surprise!

Amy: Will there be more books down the road?

Simon: A second Simon's Cat book will arrive late in 2010.

Amy: If you could speak cat language what would you like to say to your cats?

Simon: "Could you just give me a few more minutes in bed!"

Amy: What has been the most surprising response you have gotten from your fans?

Amy: Love Meow has a cat mascot (Jackie). Do you think Simon's cat would get along with other kitties?

Simon: Definitely. There are other cats in the Simon's Cat book who are Simon's Cat's friends. He's quite sociable at night when he goes out on the town.