Kitten Who Can't Use His Back Legs, Gets New Set of Wheels and Can't Stop Running

A stray kitten was found wandering the streets in Oxnard, California. He wasn't able to use his hind legs but nothing could slow him down. 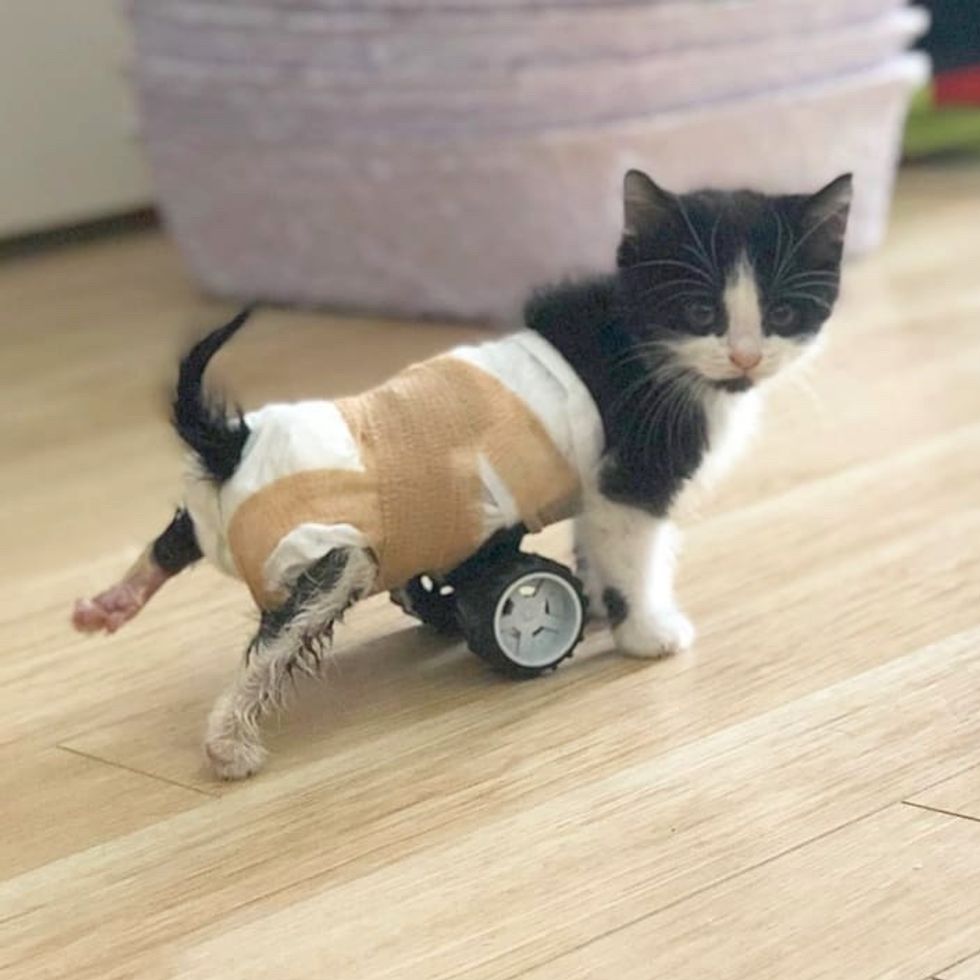 The kitten (named Bernard) was brought into Ventura County Animals Services in Camarillo, California after being found as a stray. One of the veterinary technicians at the shelter reached out to Jenifer Hurt of Wrenn Rescues to see if she could help foster him.

Jenifer immediately said "yes." She picked up the kitten and brought him to the Oaks Veterinary Urgent Care in Agoura Hills, California to be examined by Dr. Rachel Wallach.

"We aren't 100% sure why he isn't using his hind legs. It could possibly be a dislocation," Alissa Smith of Wrenn Rescues told Love Meow. "He does have to get his bladder expressed since he doesn't have the ability to urinate on his own." 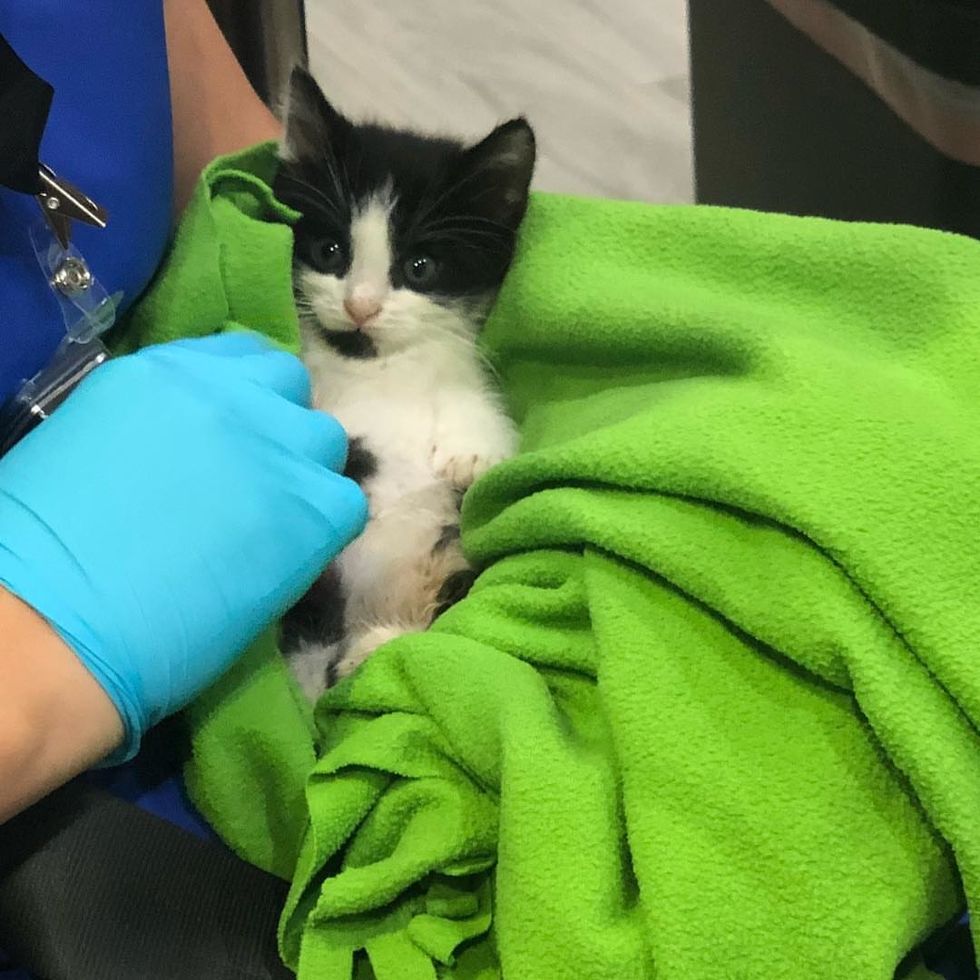 Bernard went home with Jenifer, and right away he showed what a rambunctious kitty he was despite not being able to use his back legs.

The tuxedo kitten wouldn't let anything stop him from playing and exploring his foster home. 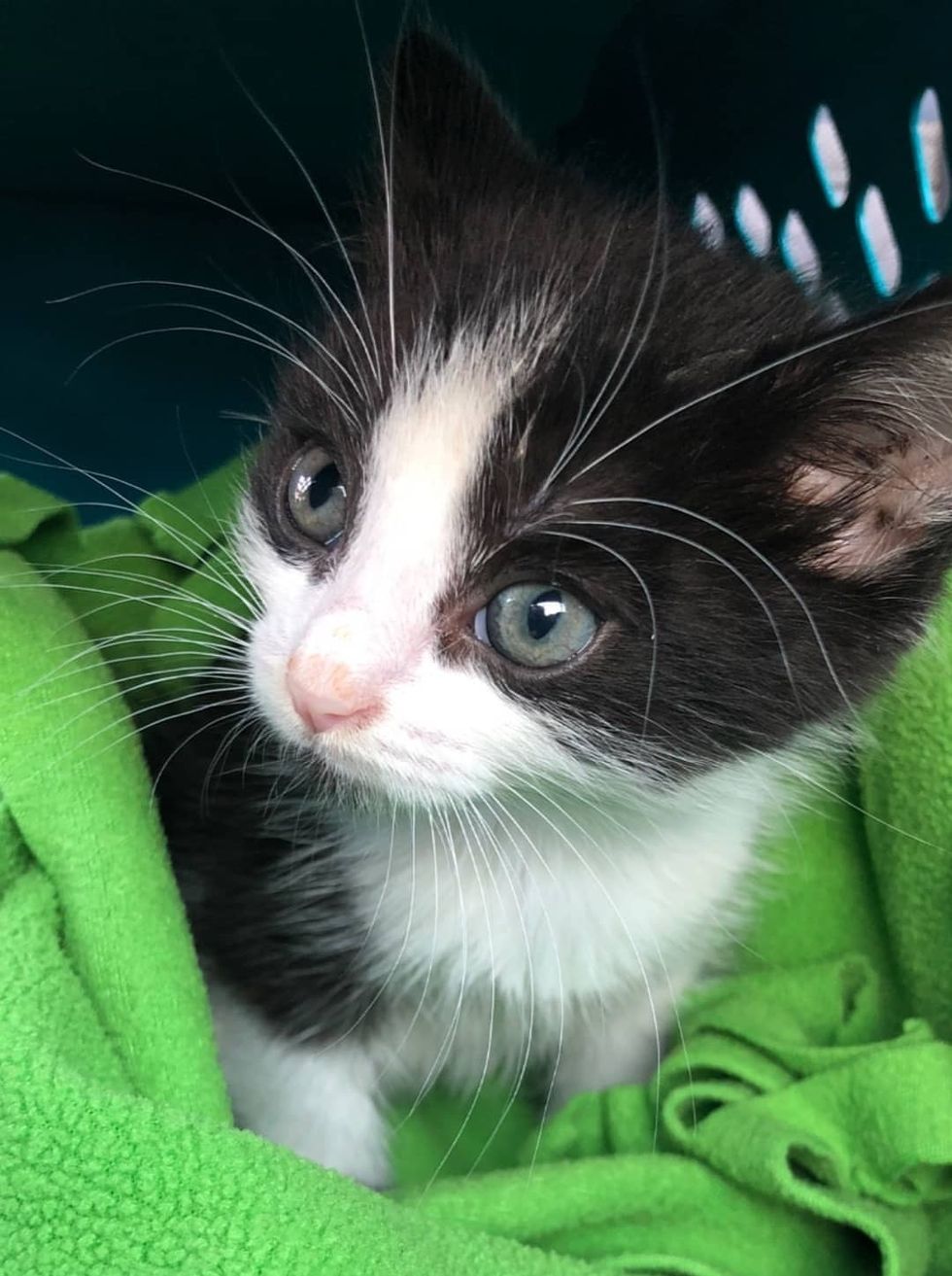 He scampered across the room without even using his back legs.

Jenifer decided to make a makeshift set of wheels for him. She picked out some supplies from the store and put together a little cart with the trailer from a toy car. As soon as she put the wheels on the kitty, he took off. 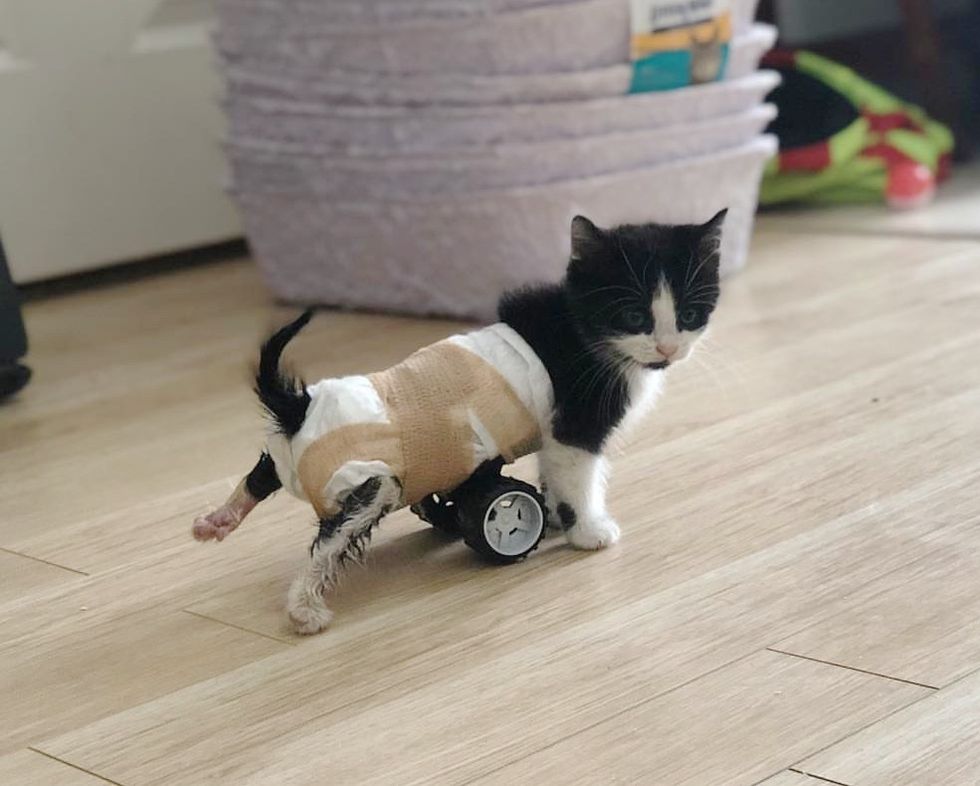 "The second he got his wheels, he was off to the races with no hesitation. He really seemed to enjoy himself and zoomed around all over!"

Watch Bernard in action in this video:

Over the next few days, Bernard continued to prove that he could do anything like other kittens.

"He has no idea he is not like the other kitties. He is a sweetheart, loves to snuggle and makes friends with everyone," Alissa added. 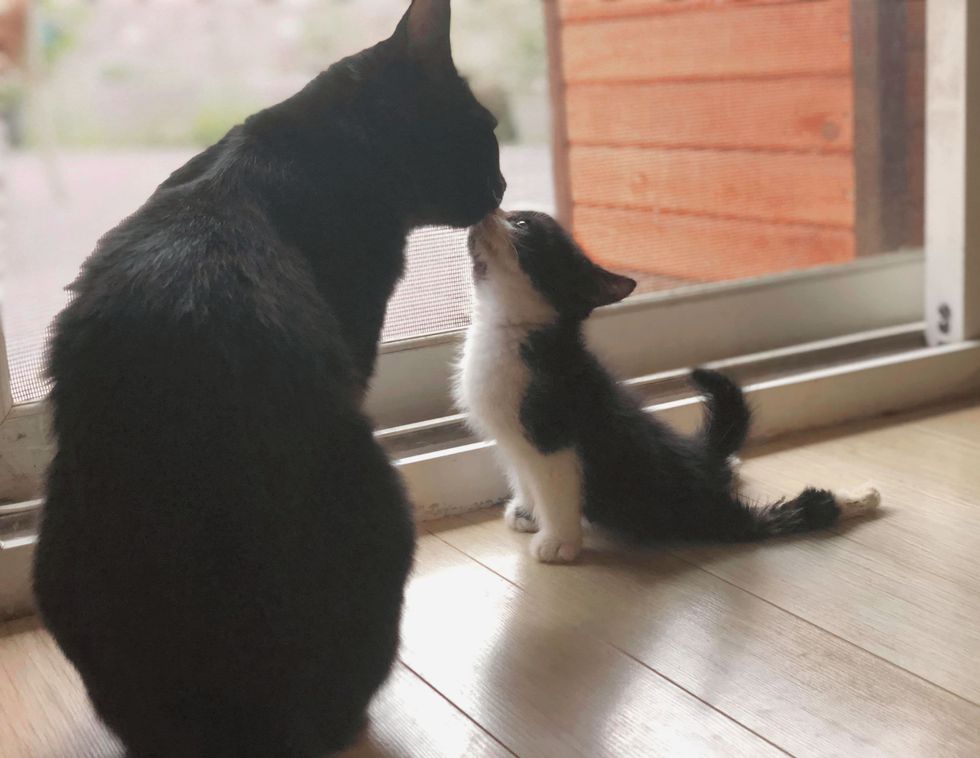 In just a week, Jenifer has seen improvement in one of his legs. "She has noticed him starting to use one of his legs from time to time but the other one is still non-functional. He gets along very well even without the use of his legs."

Bernard is thriving in foster care and will be getting another check-up in a few weeks. 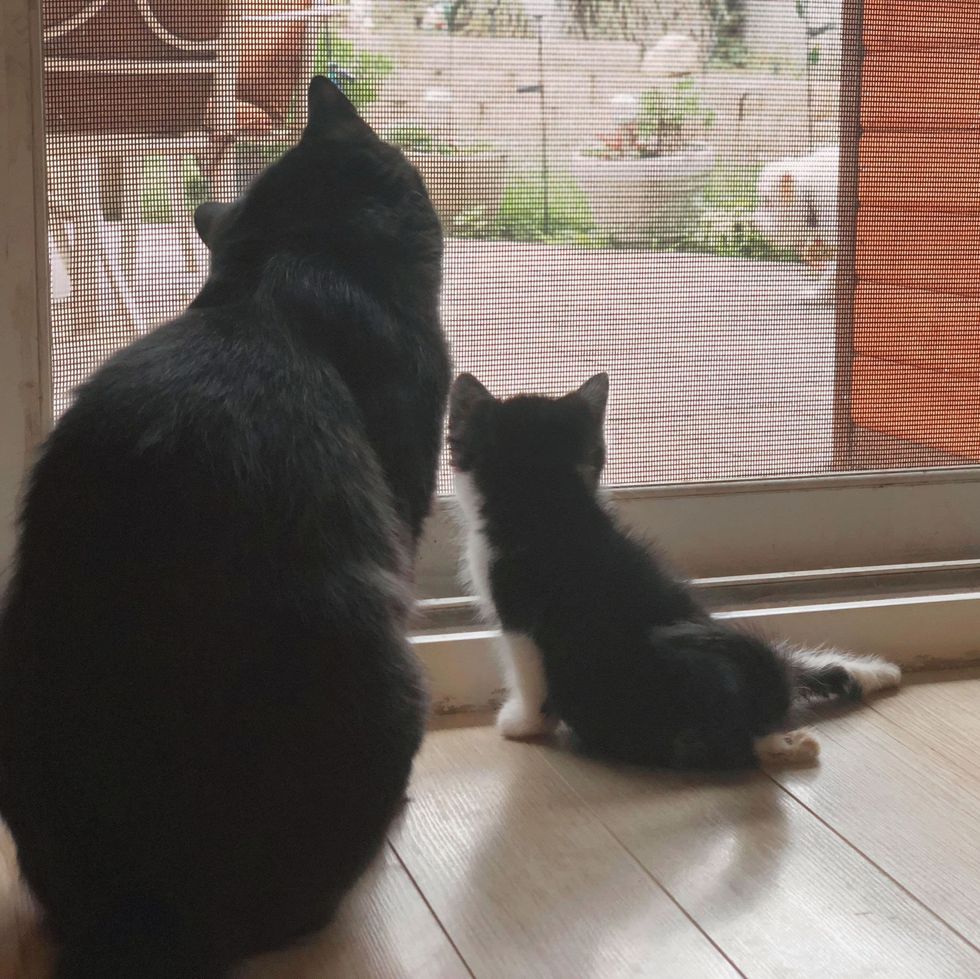 They are planning to upgrade his cart with more sturdy wheels. "But for now, he seems to be enjoying his new freedom," Alissa said.

After a lot of playing and running around, Bernard will snuggle with his feline buddies and purr himself to sleep. 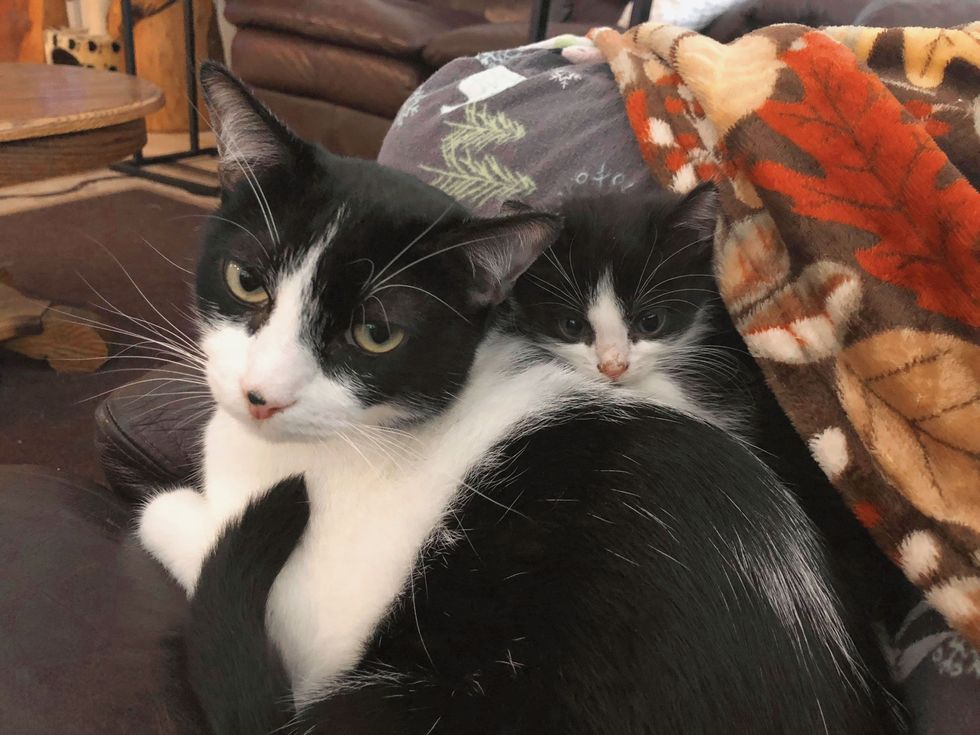