A tiny kitten took a long and harrowing car ride during a thunderstorm, hanging onto the car for the dear life. When a member of the National Guard spotted the kitten, he rushed to save him. 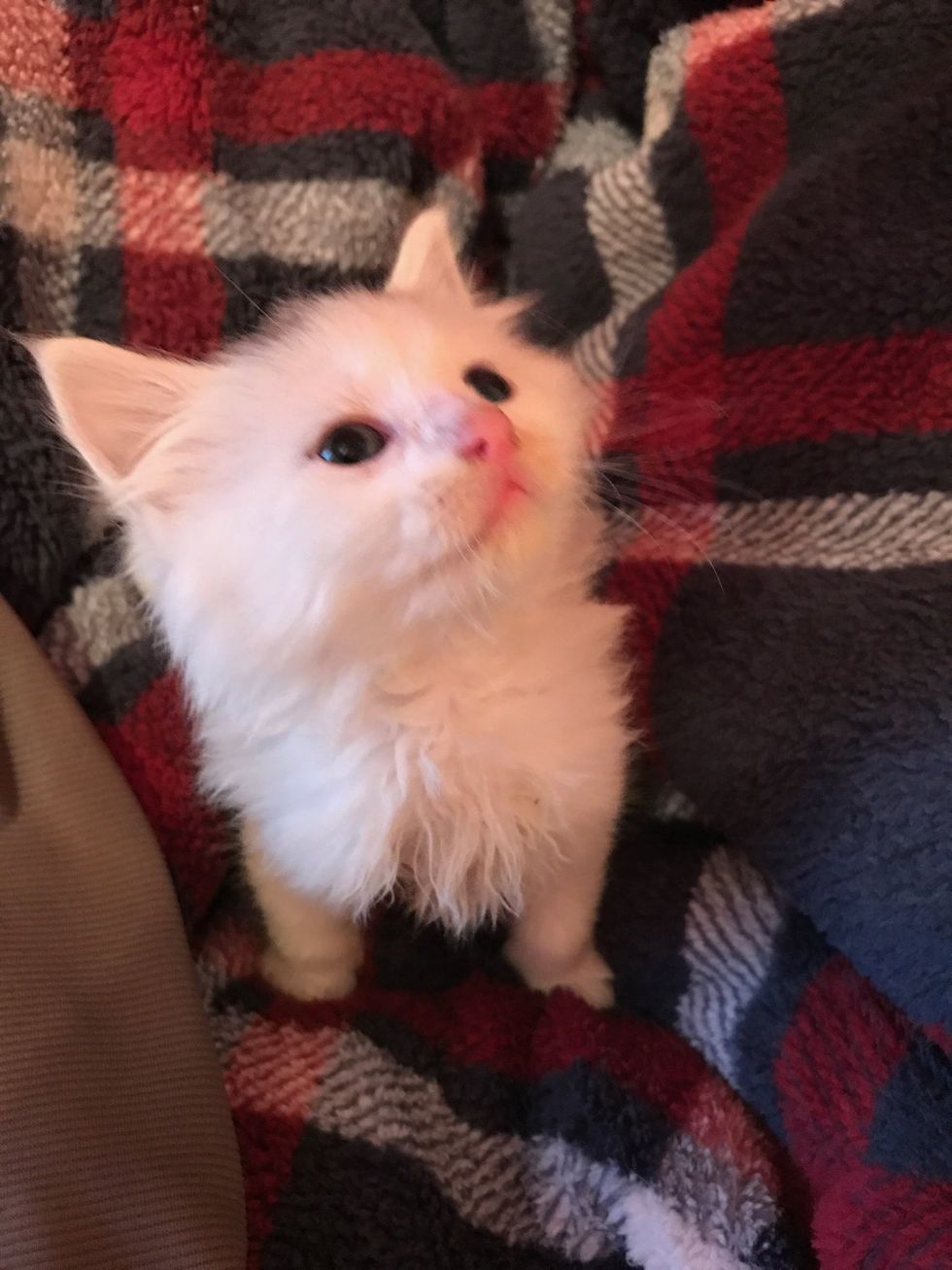 During the thunderstorm in Charleston, West Virginia, last weekend, a little kitten used several of his nine lives, holding onto the undercarriage of an unsuspecting motorist's vehicle.

A member of the National Guard, was on his way to guard duty when he saw the kitten. He and another guardsman immediately ran towards the vehicle.

"The kitten hung on until he finally got tired and let go, falling lifelessly to the middle of a busy road in the pouring rain," Itty Bitty Kitty Committee (IBKC), a cat rescue group in Charleston, shared with Love Meow. 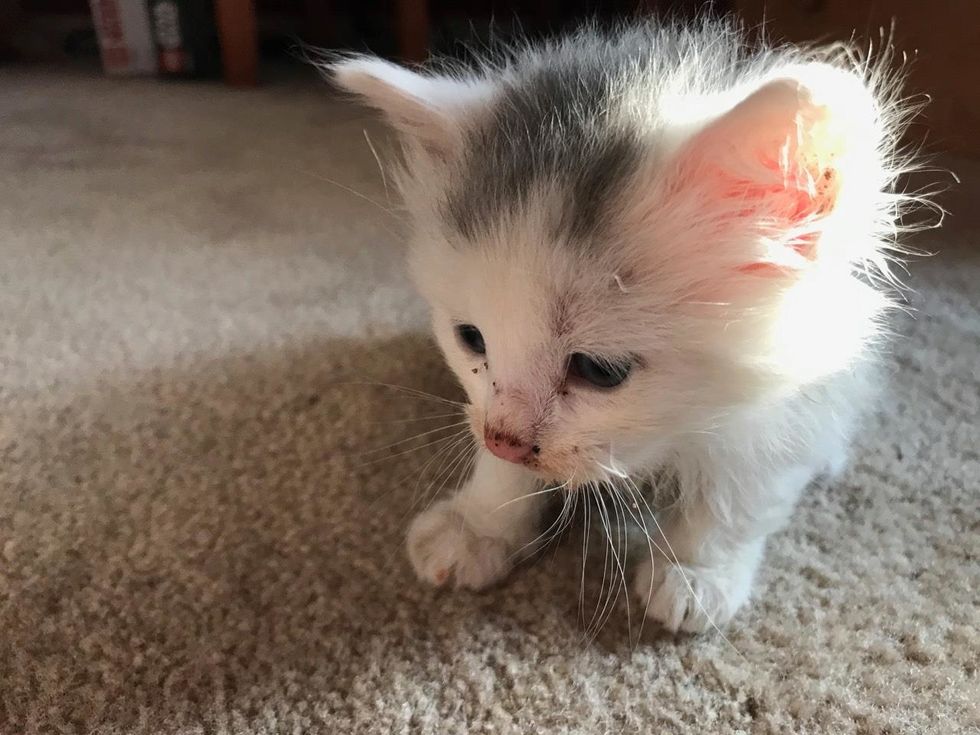 The guardsman scooped up the tiny bundle who was limp and shivering, and took him straight to the emergency clinic. "They warmed him up, gave him a quick check and sent him home with his rescuer for the night," IBKC said.

The kitten's rescuer and his wife have previously adopted from IBKC, so they reached out to the rescue since the kitten wasn't eating much and needed extra medical attention. 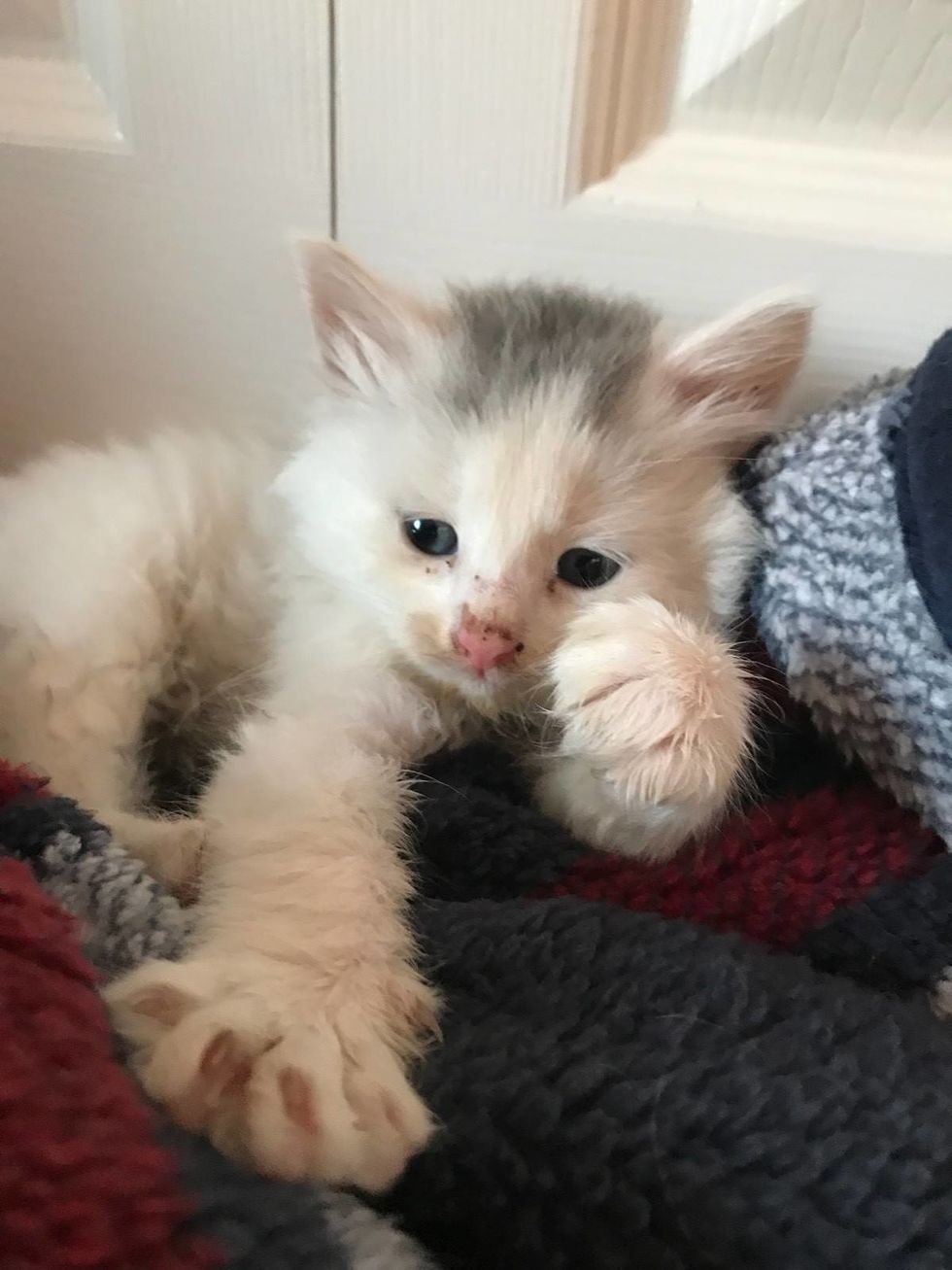 "We took him in as an IBKC baby and he got the absolute best medical care and TLC we could provide!"

In just one day, the little kitten bounced back and was ready to go to a foster home. 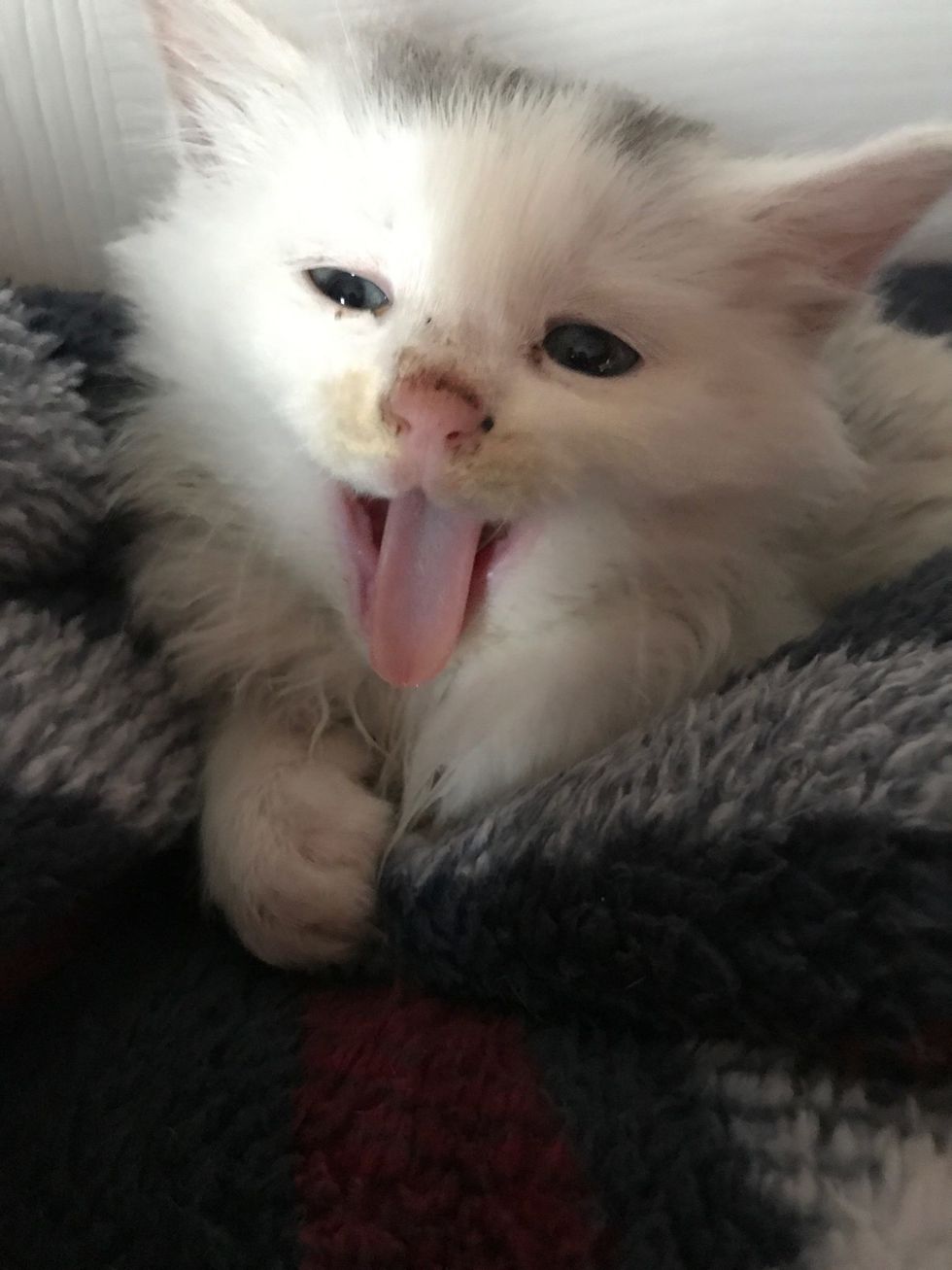 Emiley Schoolcraft of IBKC went to pick up the kitten whom they named Powder Puff. The little ball of fur immediately clung to her.

"He was super attached when I first got him. He rode on my shoulder as I drove home from the vet's office," Emiley told Love Meow. 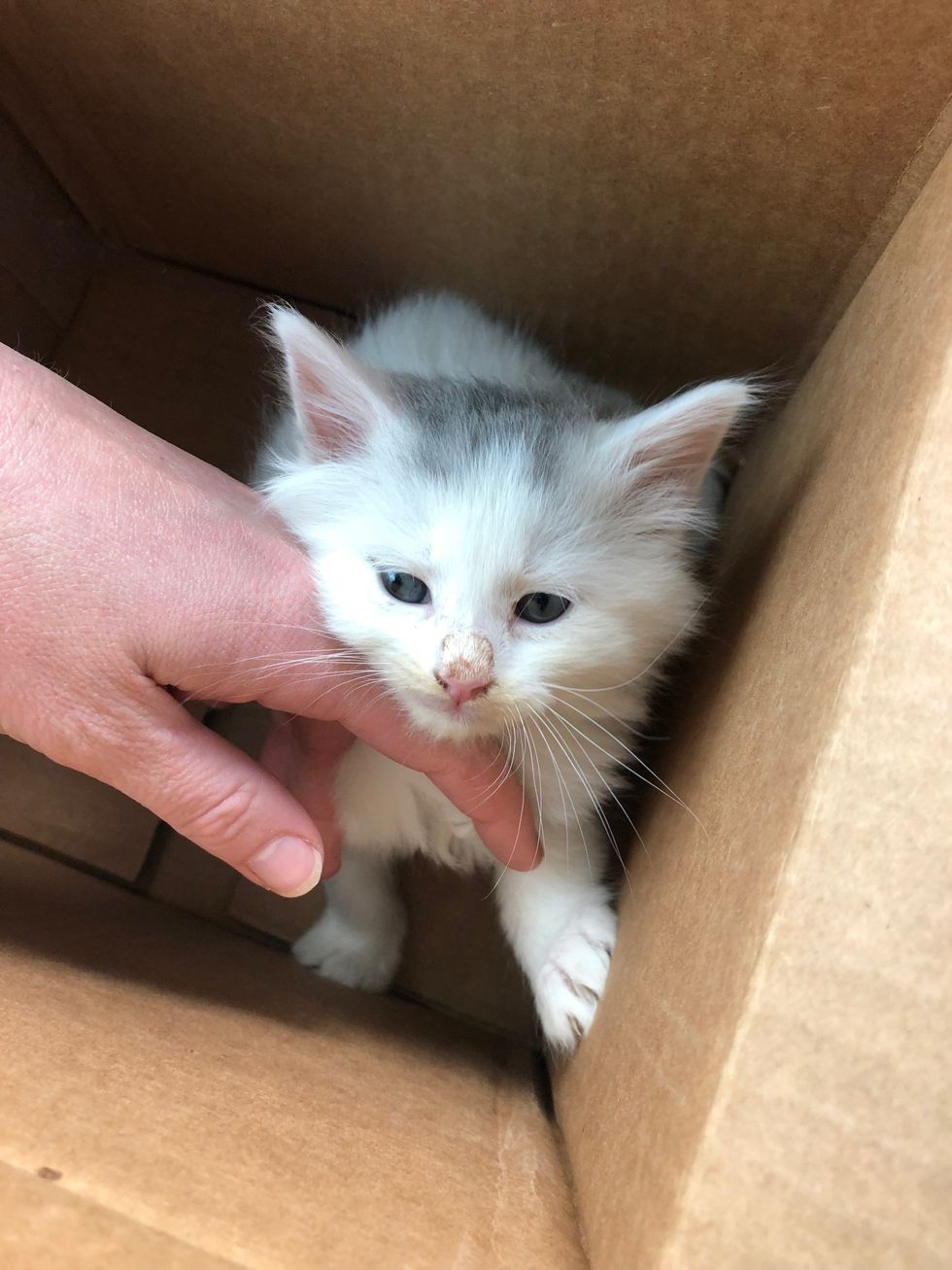 The kitten's appetite has returned and his belly is finally full. He purrs up a storm after every meal while cuddling with his foster mom.

"He is the biggest purrer and cuddler ever," Emiley told Love Meow. 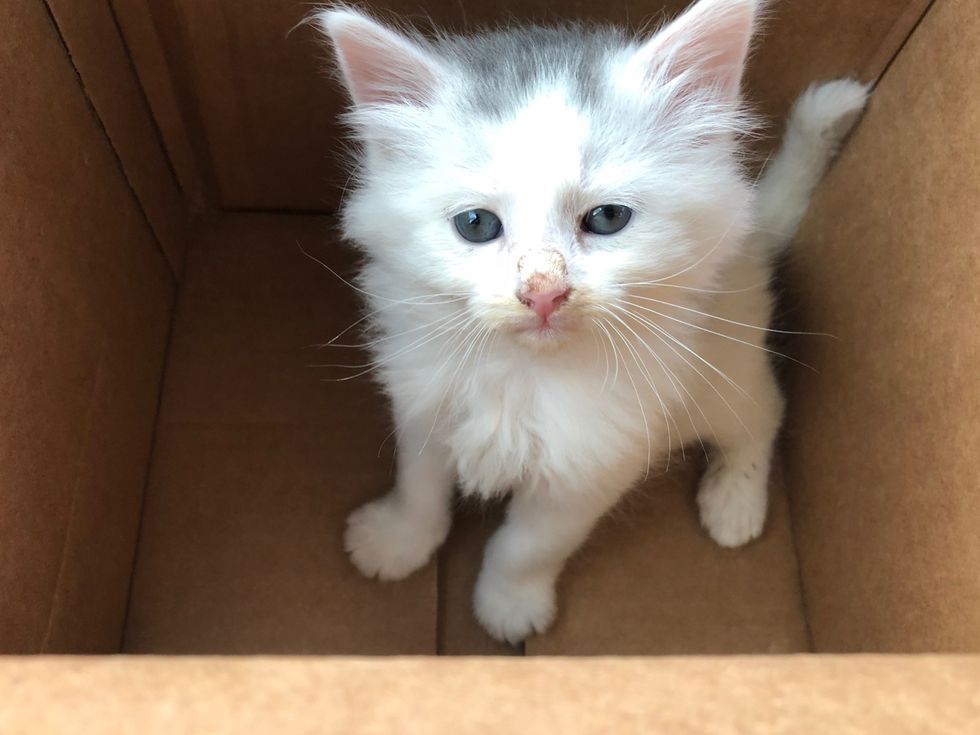 "I gave him a bath last night and he didn't even cry once. He loved it, and you could tell that he felt so much better afterwards," Emiley added.

"He even cuddled up under my chin as he was drying." 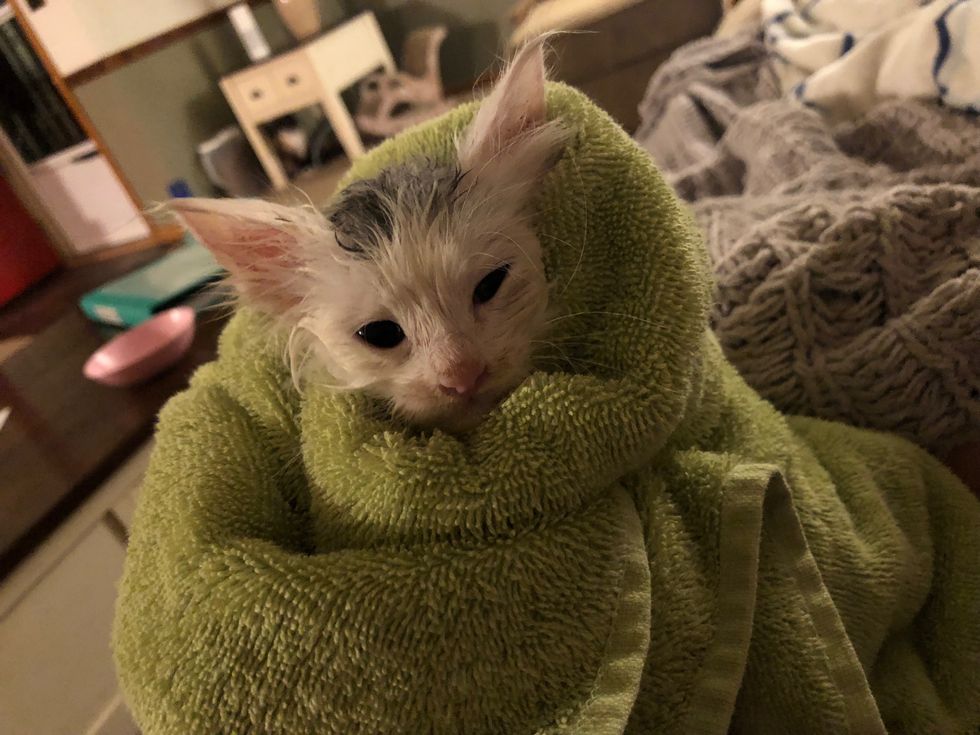 The little kitten who survived the unthinkable ordeal, now has a comfortable, warm place to nap, plenty of good food to eat and a dedicated foster mom to snuggle with.

In a few weeks, he will be ready for his forever home, but for now, he's enjoying being pampered and loved and playing with all the new toys. 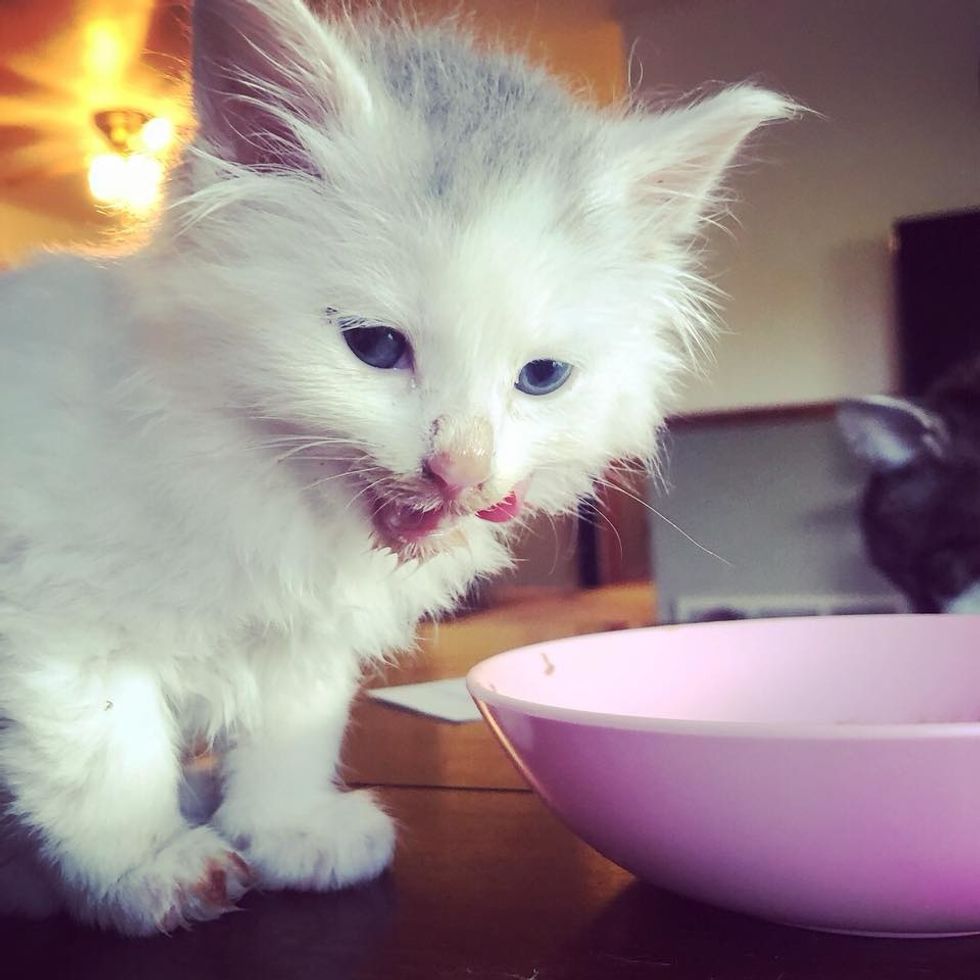