A little stray kitten wandered up to a family's home, begging for food and cuddles. 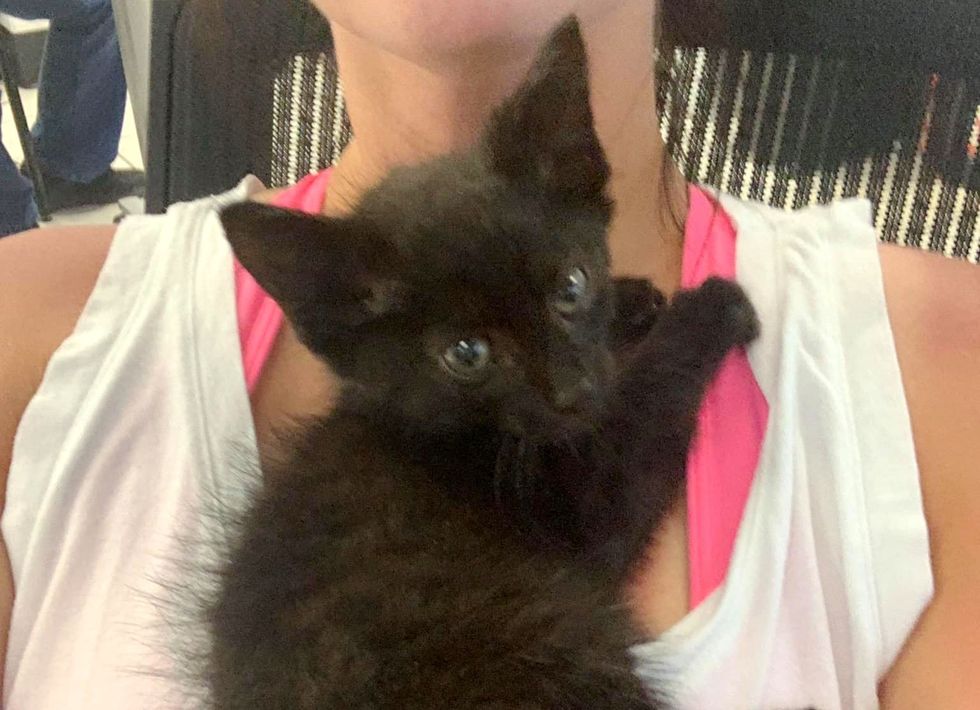 A family from West Virginia was surprised to find a tiny black kitten outside their porch, meowing for attention. The kitty was friendly but hungry and alone.

The little stray had no home to go to, so the family reached out to their local rescue, Itty Bitty Kitty Committee (in Charleston, West Virginia), for help.

The rescue took him in with open arms. No one knew how long he had been wandering the neighborhood, but his days on the streets were over. 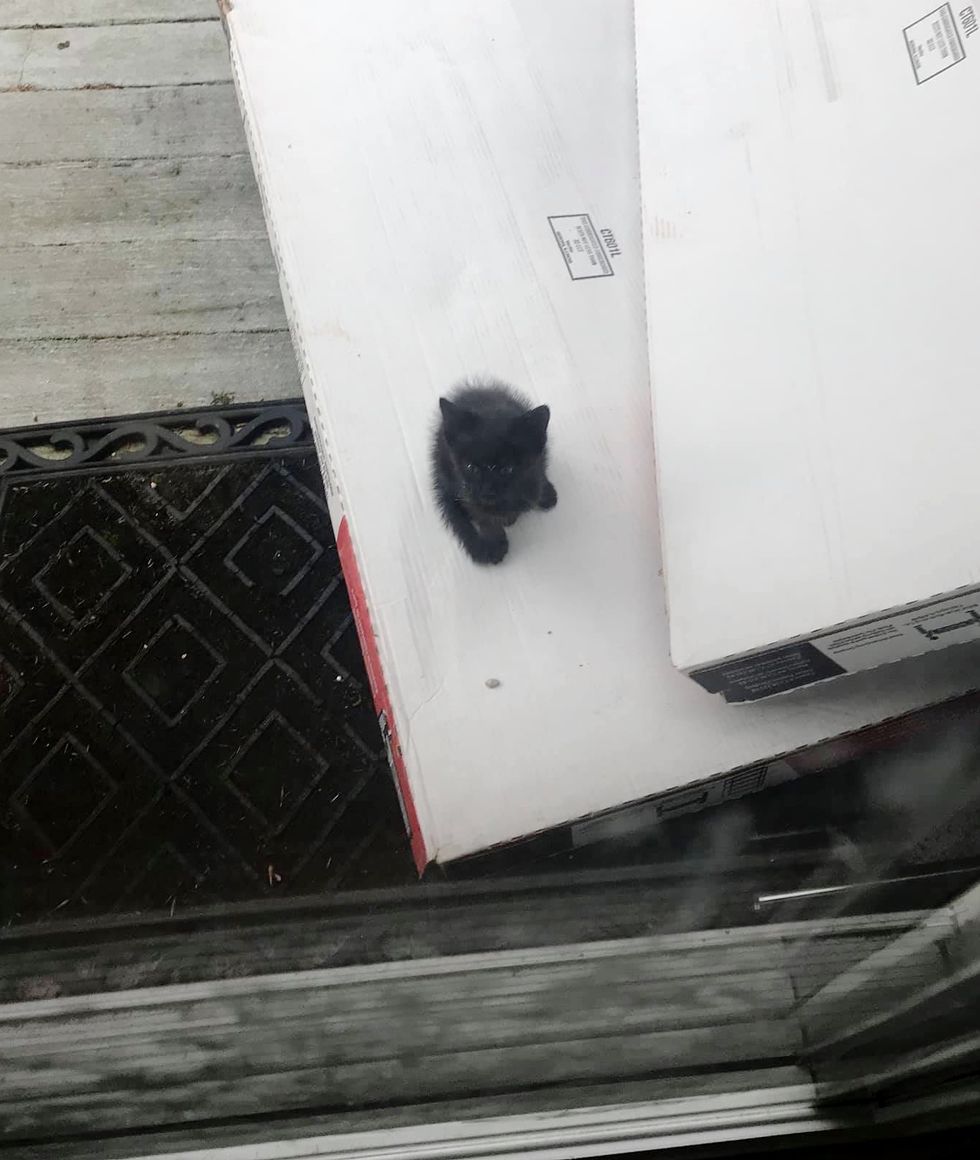 After a trip to the vet, Emiley Schoolcraft of Itty Bitty Kitty Committee, took him home to foster and named him Paw Revere.

He was eager for attention and just wanted to cuddle. 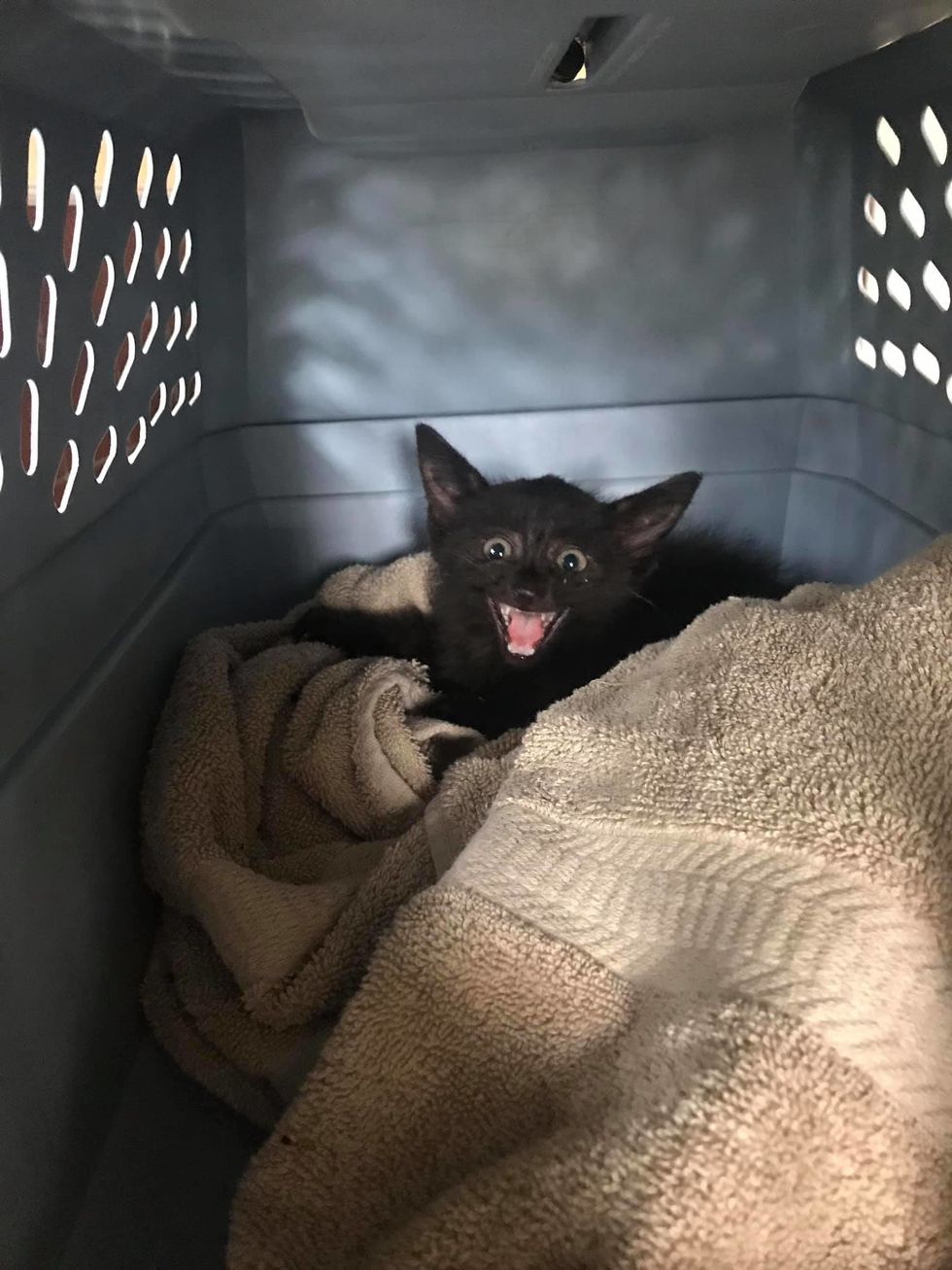 As soon as he got a chance, the little guy crawled up on to his foster mom and started snuggling.

This little love-bug was so grateful to have someone to love on. 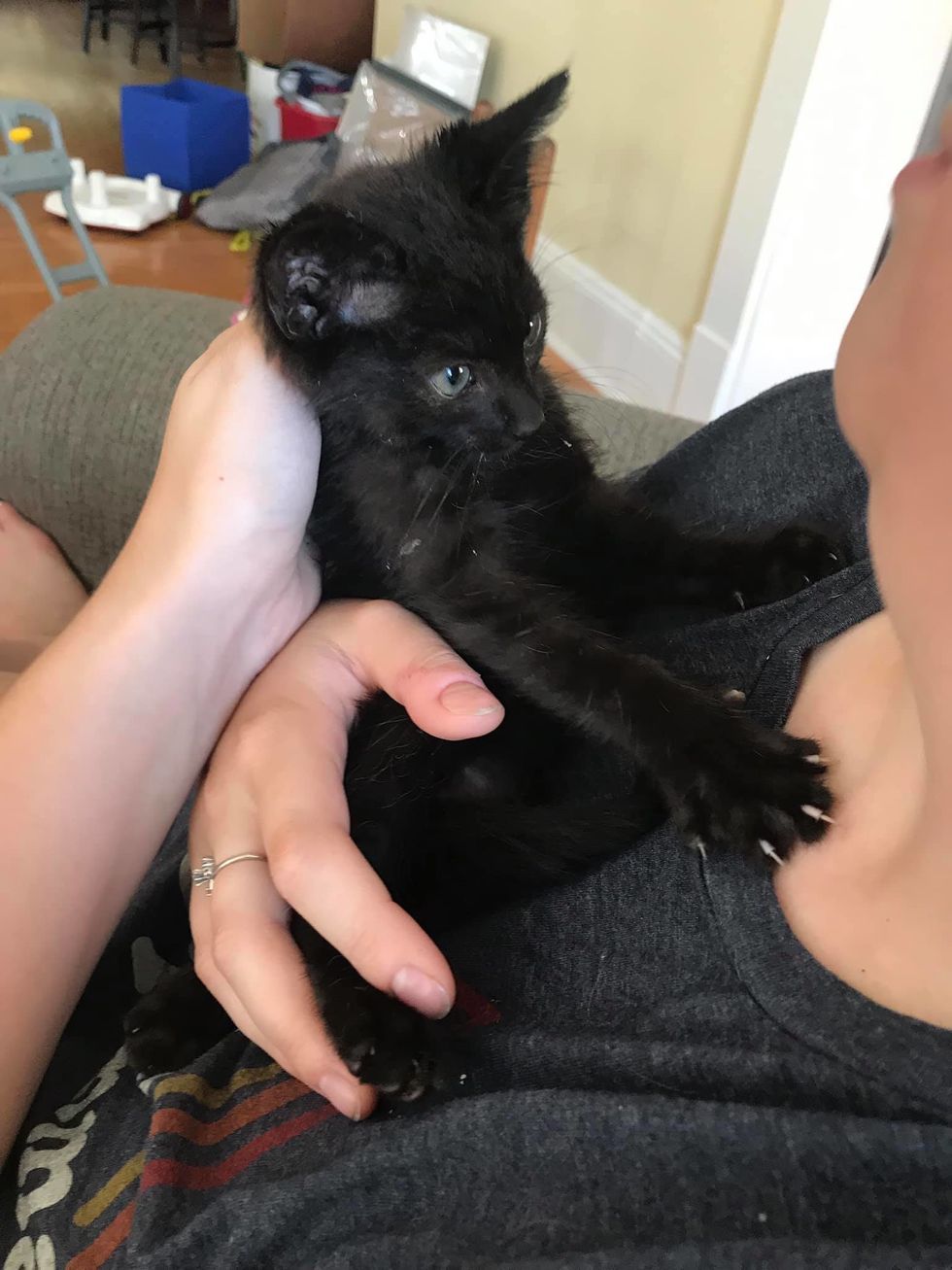 Around the same time, the rescue was contacted about a 3-legged kitten found in a briar bush.

"A wonderful Samaritan heard faint crying meows and eventually located this tiny, precious girl, covered in fleas. Not only was she in bad shape, but she was missing one of her back legs," Itty Bitty Kitty Committee said. After learning about her plight, they immediately took her into their care, treated her runny eyes and gave her a chance at a better life. Named Luizanne, she weighed just 1.6 pounds and had a lot of growing to do.

Knowing both kittens would do much better with a friend, they decided to pair them together. 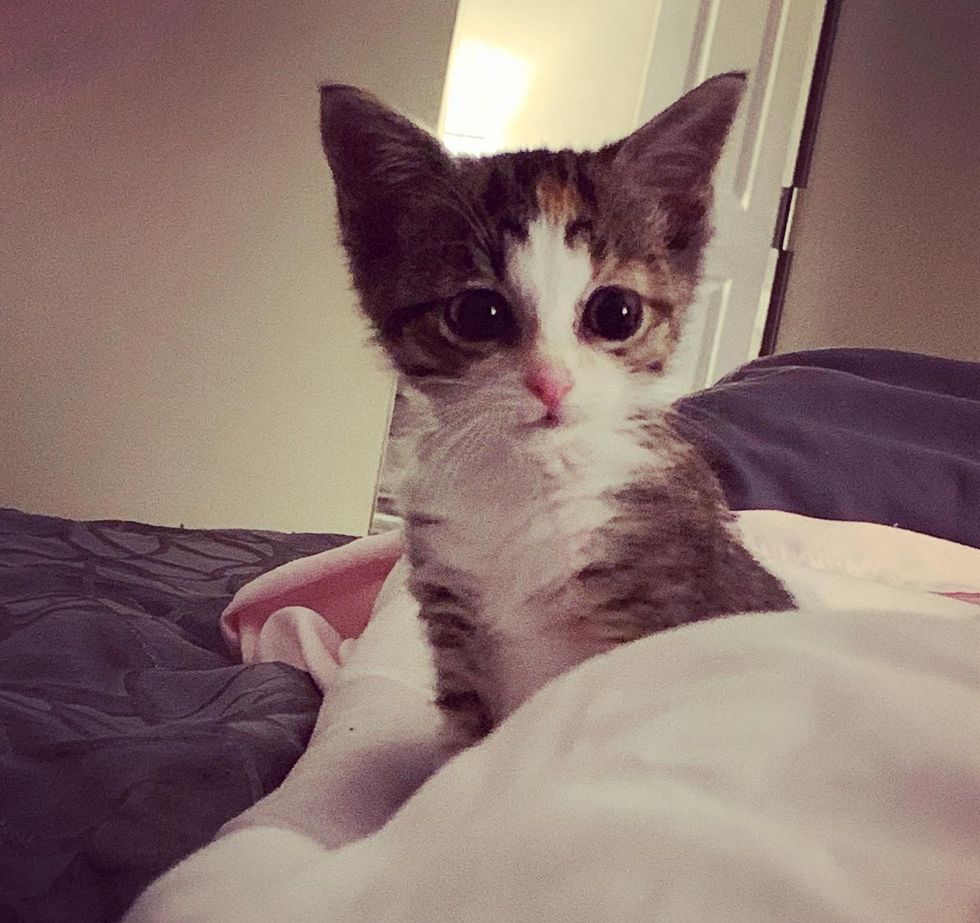 The two met in foster care and quickly hit it off. They started playing as if they had always been litter-mates.

Despite having just three legs, the little calico lets nothing stop her. Her buddy, Paw Revere, adores her and enjoys sunbathing with her by the window. 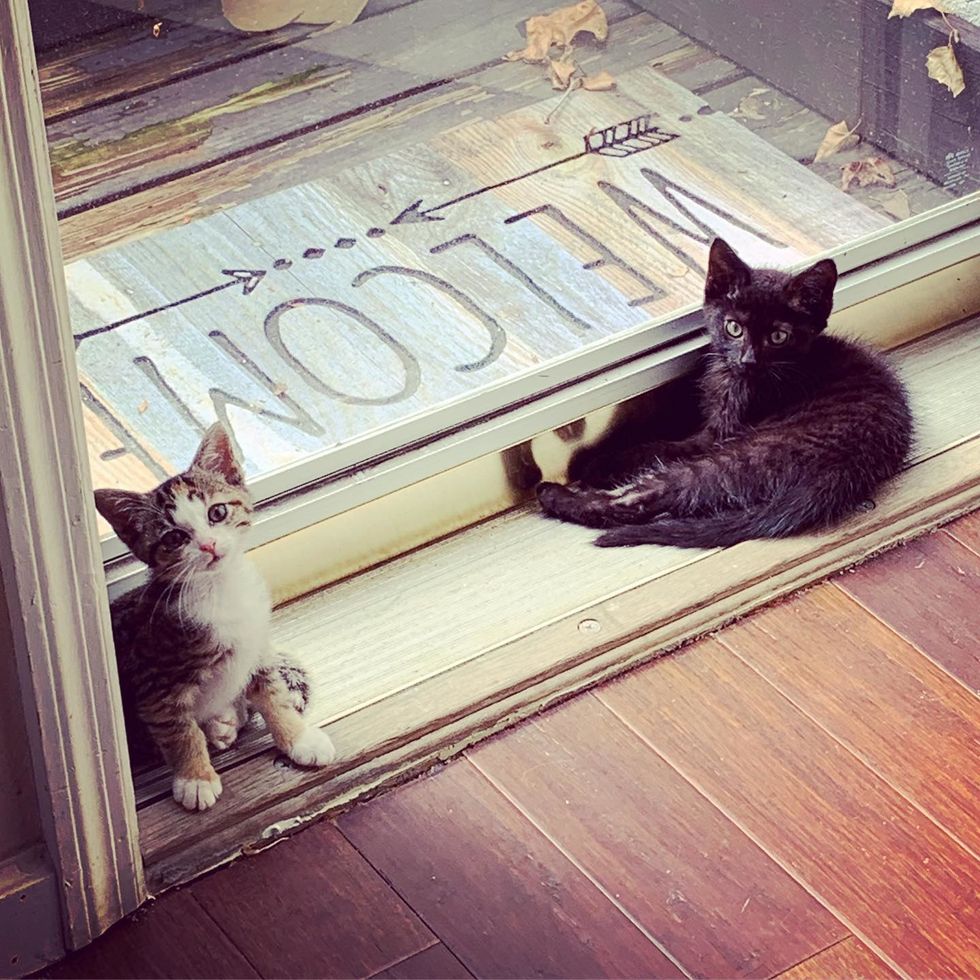 "We can't save them all, but we try our best to help the ones in severe need. It takes a village and we are so thankful for our local rescue friends and partners in our community," Itty bitty Kitty Committee said.

The little black kitten walked up to a family, looking for food. Not only did he get a full belly, but a feline buddy and a great future ahead of him. 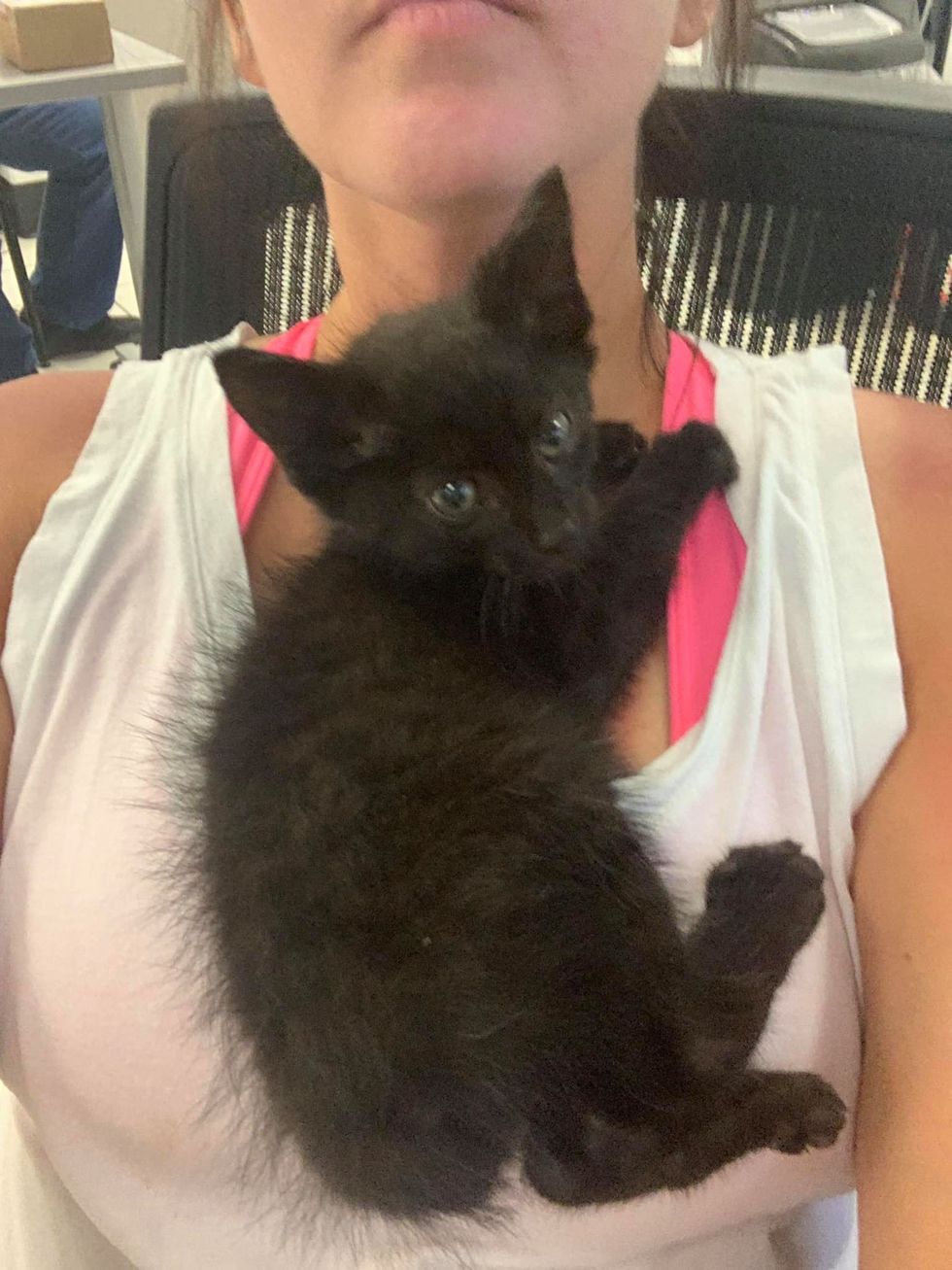 Two rescued kittens and their journeyyoutu.be