Kitten Found without a Mom, Clings to Everyone Around Him for Love

A tiny motherless kitten who was saved from the brink, wants to be held and snuggled 24/7 to make up for lost time. 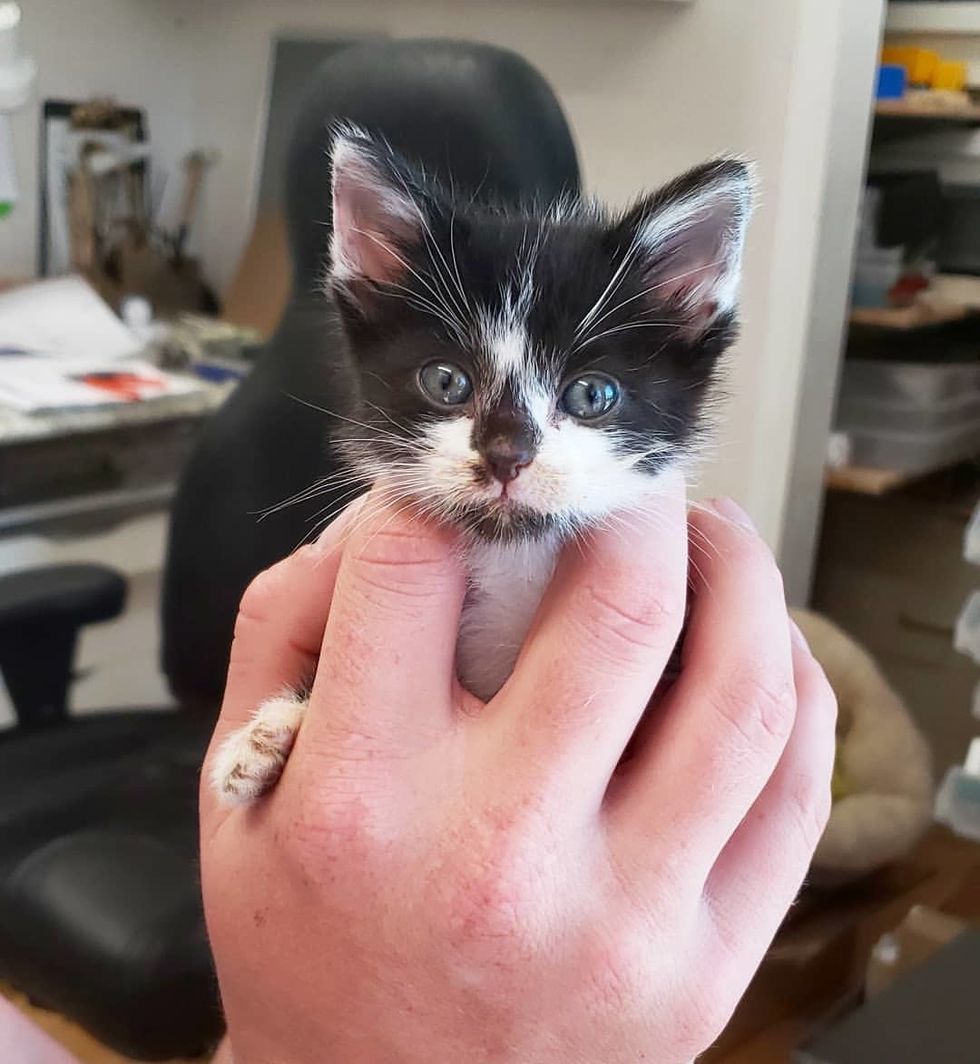 Domino, the kitten, was less than four weeks old when he was found as a stray along with his siblings. A Good Samaritan took them in and tried to nurse them back to health, but little Domino was failing to thrive.

He was taken to a veterinary clinic nearby as he was fading. Dr. Rachel Wallach of Oaks Veterinary Urgent Care brought him back from the brink in the nick of time.

"He was hypothermic, hypoglycemic and was thankfully treated immediately and saved," Alissa Smith, an animal rescuer based in Southern California, told Love Meow. 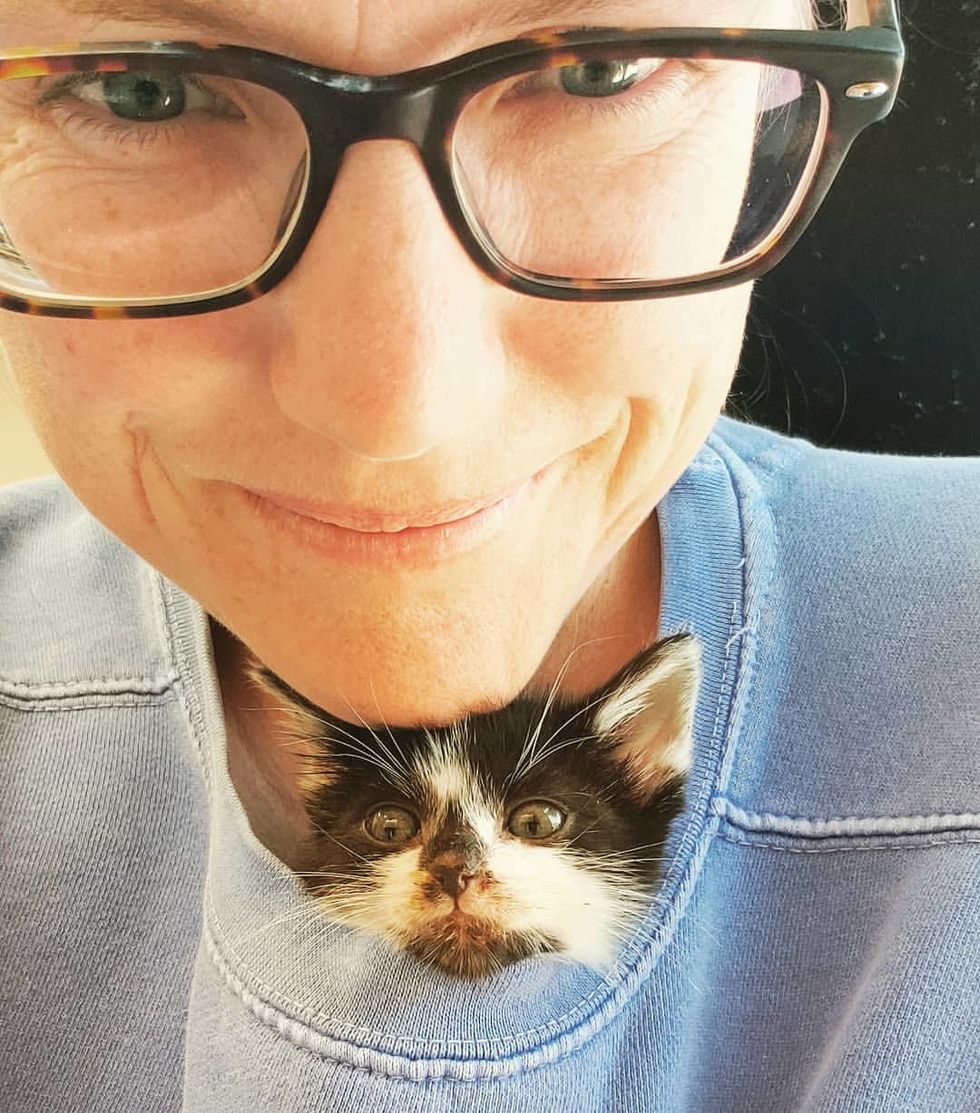 The kitten needed a foster home, so the vet reached out to Alissa, who took him right in. "From the day we got him, he was immediately attached to my 11-year-old Bulldog rescue Rocket," Alissa said.

The kitten didn't want to be alone and would meow nonstop until he had someone to cuddle with. 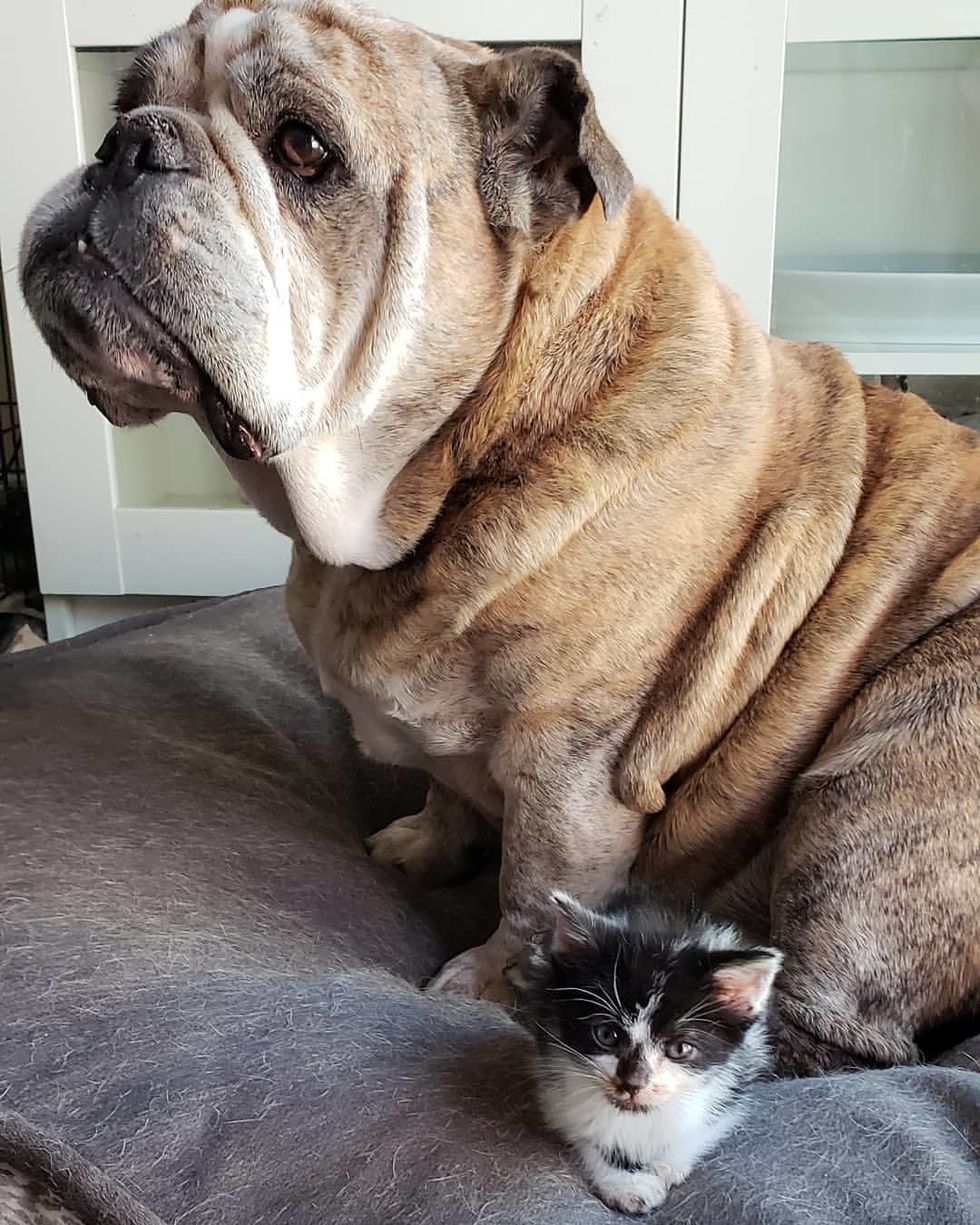 "Domino is such a teeny tiny kitten with the strongest lungs. He's got full roam of the house this morning and all he wants to do is nap with the Bulldog. He thinks he's part dog." 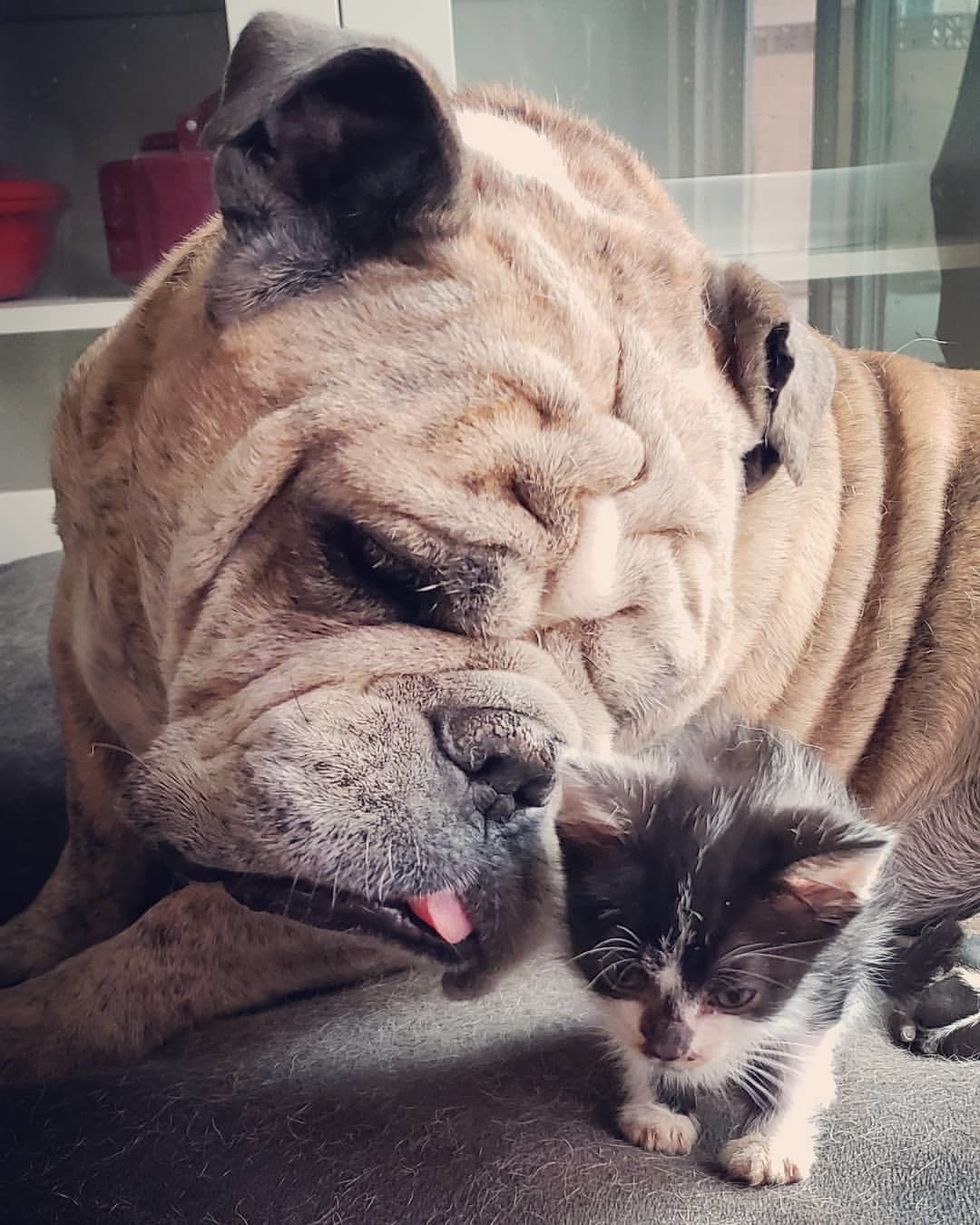 The kitten's confidence grew as he got stronger. At five weeks old and only 11.75 oz, he had the biggest personality out of everyone in the house.

Domino may be tiny but he takes over half of the dog bed. 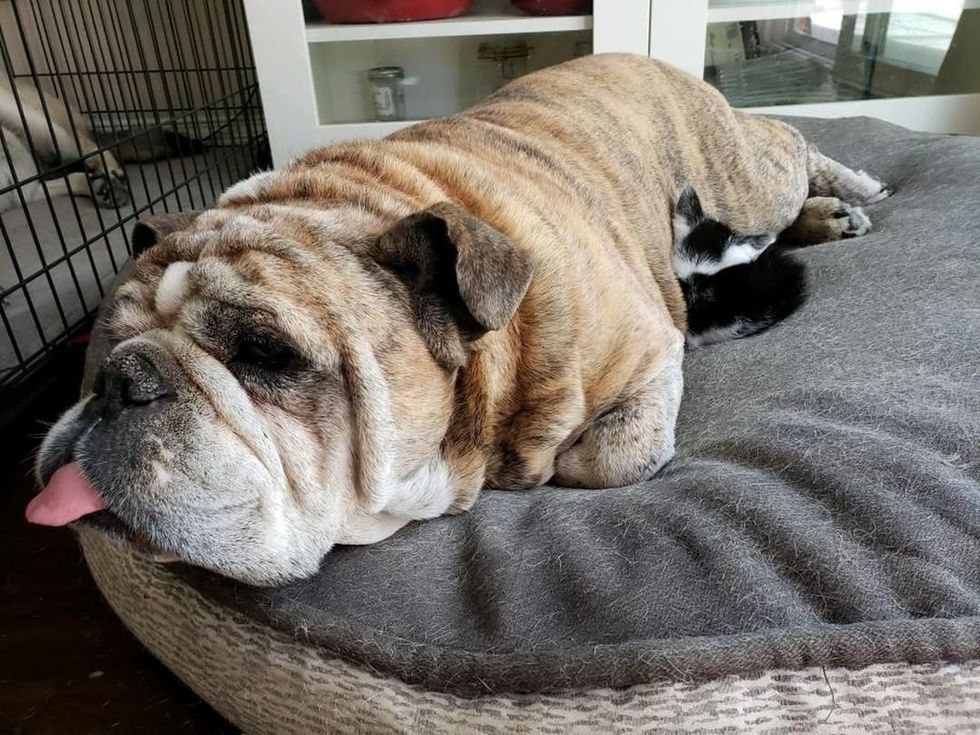 "He is the bossiest, most confident kitten I have ever had. He runs my home," Alissa said.

Poppy, a resident cat, has taken on the role of cat mom and is keeping Domino company. 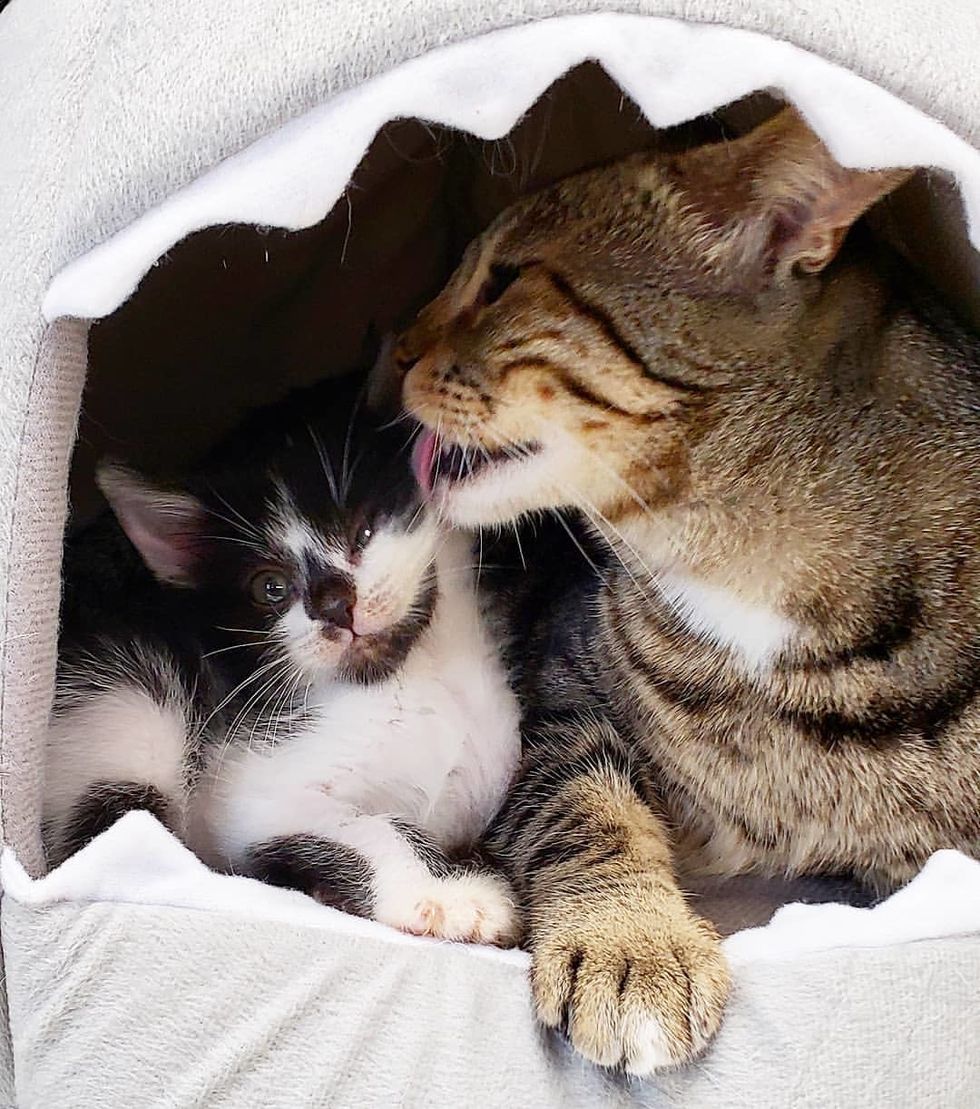 At eight weeks old, he was starting to grow little by little each day.

When Alissa is sitting down, Domino hops in her lap for a long cuddle session. 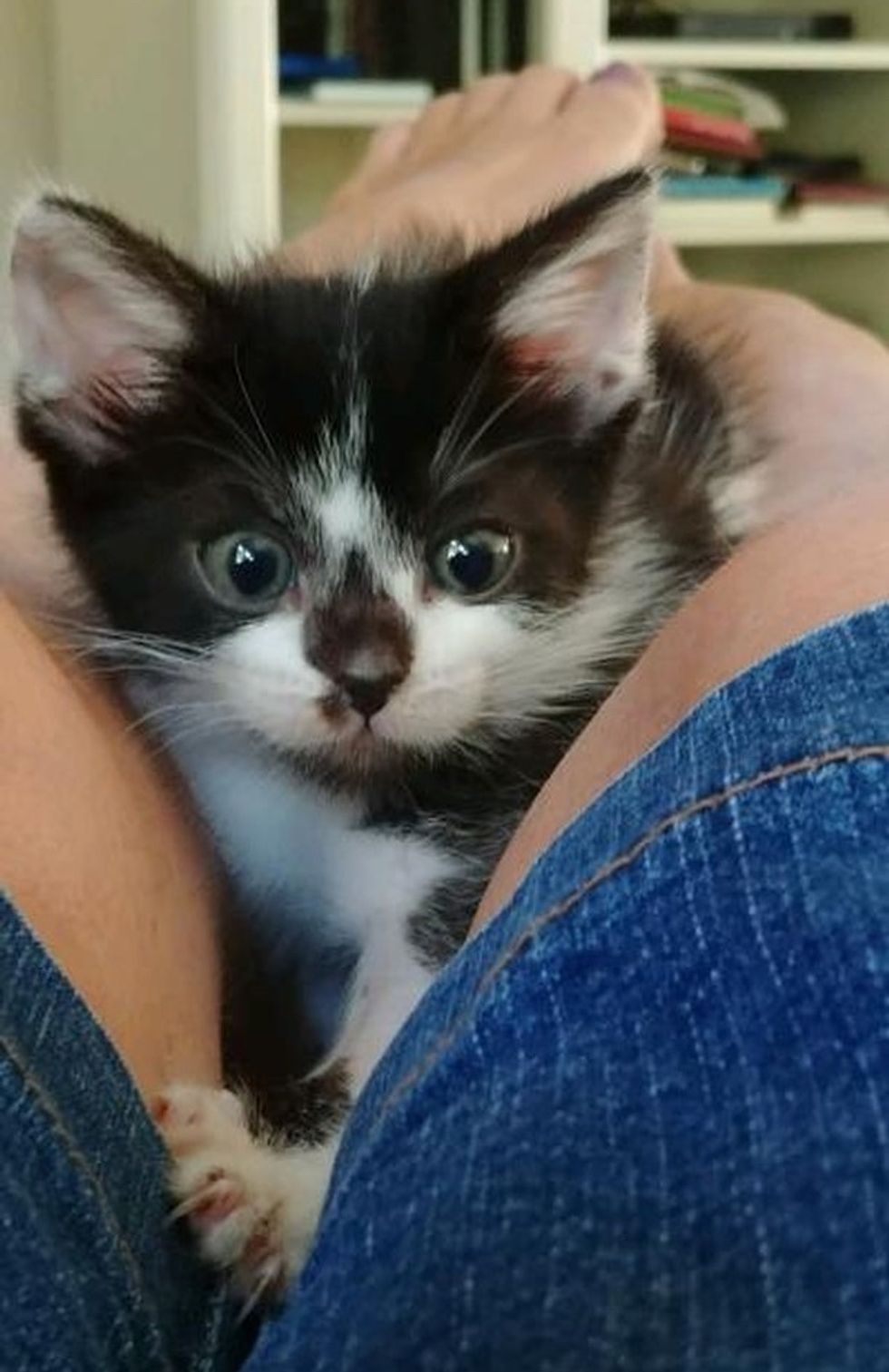 Bed-time reading with his human. 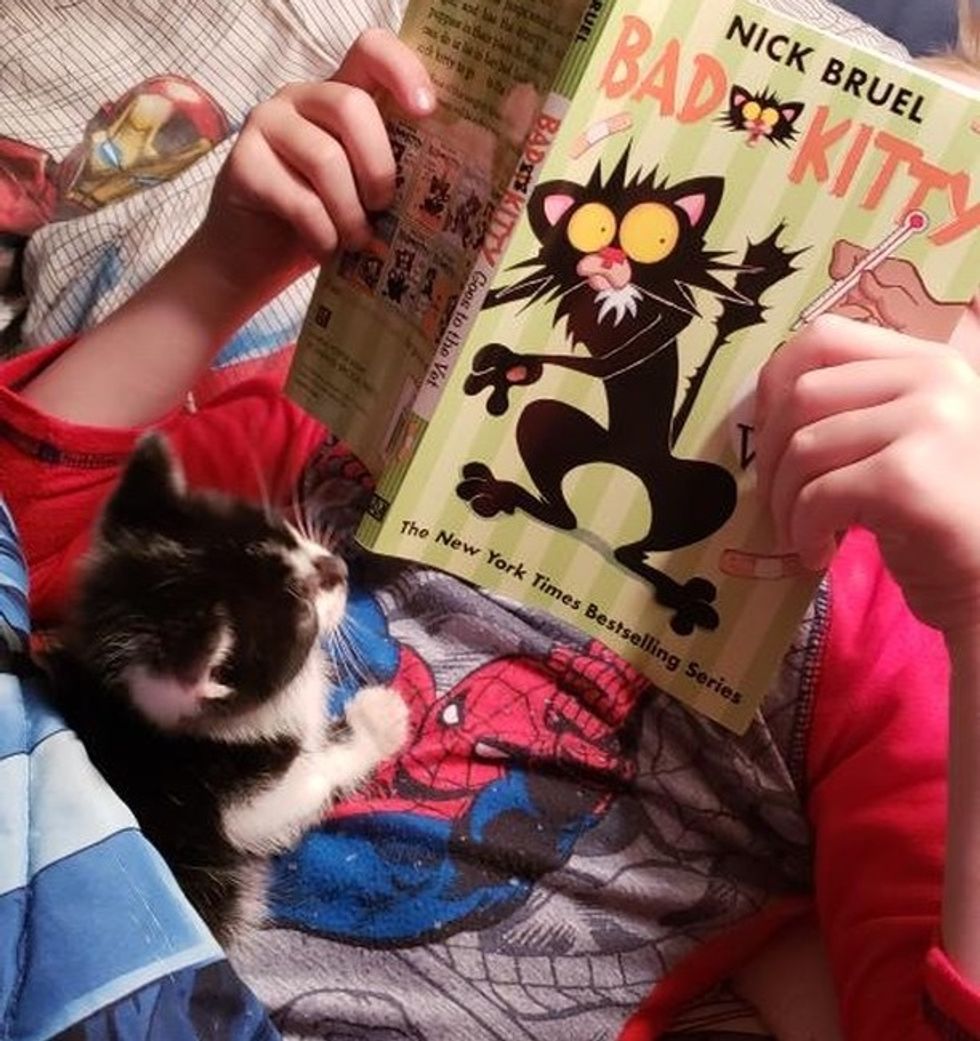 The sweet tuxedo is never far from his furry or human friends.

He will run up to them or curl up in their arms or on their shoulder to snuggle after playing. 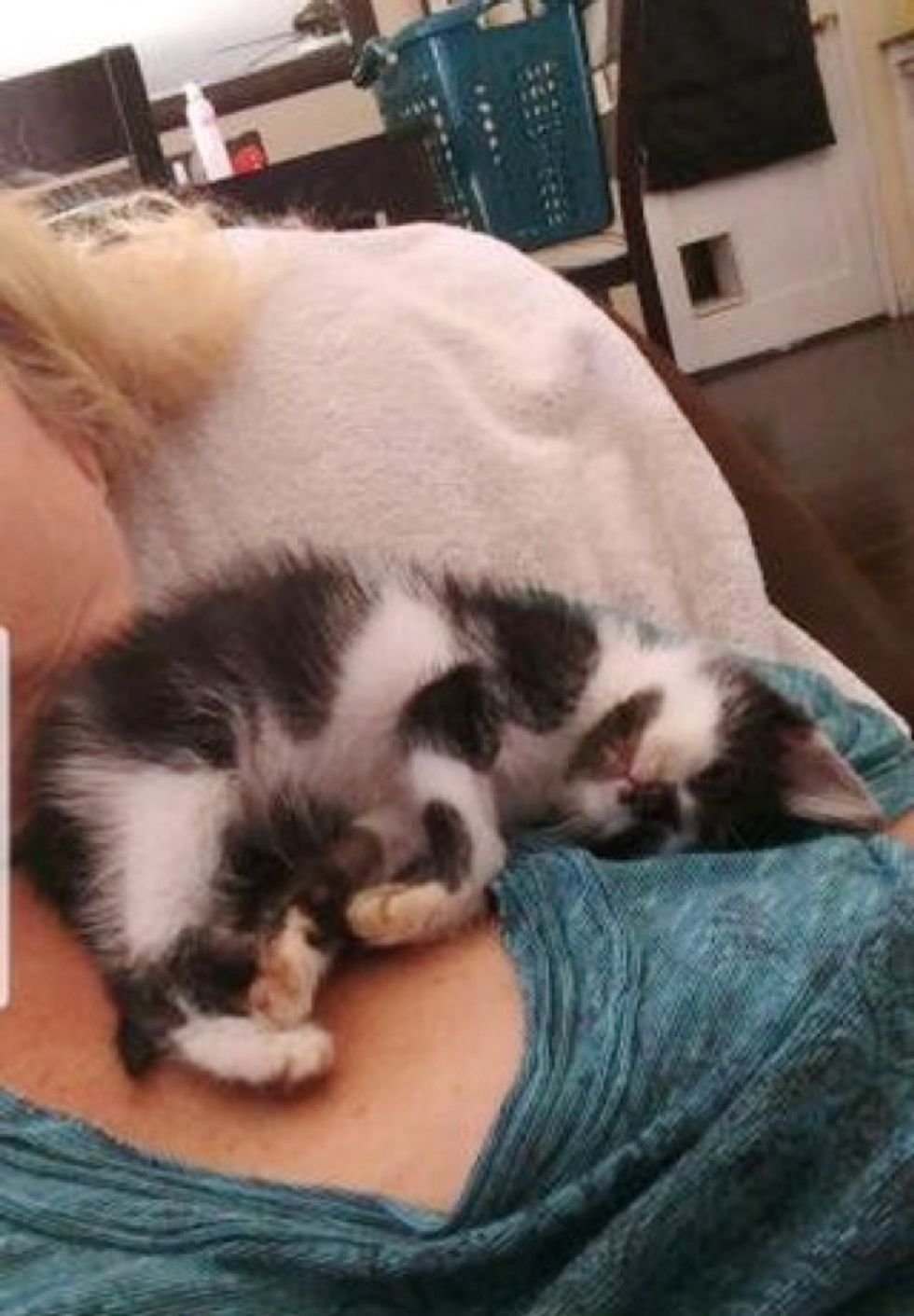 "Domino was on the brink of death when the vet saved his life. He has taken much longer than a normal kitten to grow and progress, stayed at 11oz for weeks," Alissa told Love Meow. "Lately he has finally hit a little growth spurt and is starting to even play now."

Yesterday, Domino joined the one pound club! The little cuddlebug is tiny in stature but big in heart. 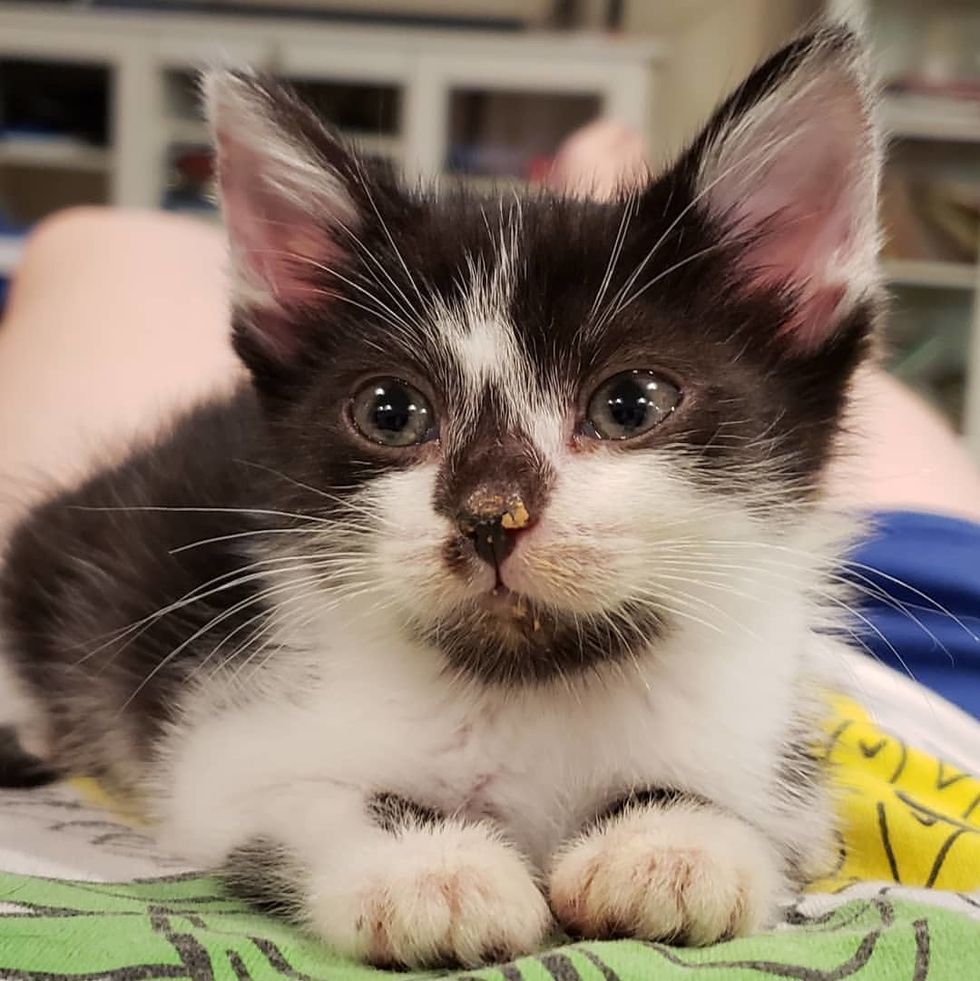