A tiny runt clung to her sister after they were found as newborns at a school. A foster home turned their lives around. 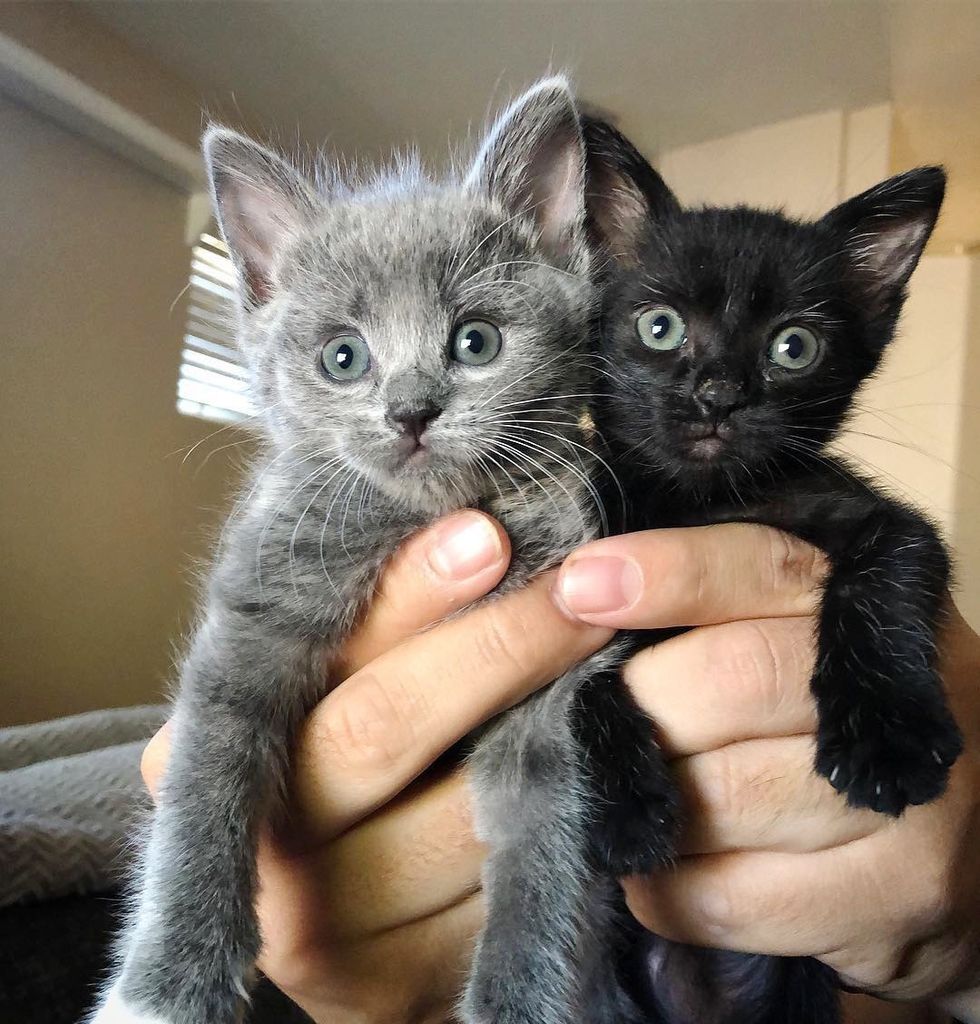 A litter of newborn kittens were located at a school in Nevada. Their mother was nowhere to be found. Staff decided to work as a team to bottle feed the feline babies. An employee took the little runt along with a gray kitten that she was clinging to.

That night, she was up every two hours feeding the kittens and quickly realized that she would need a lot more help to ensure the little ones' survival. 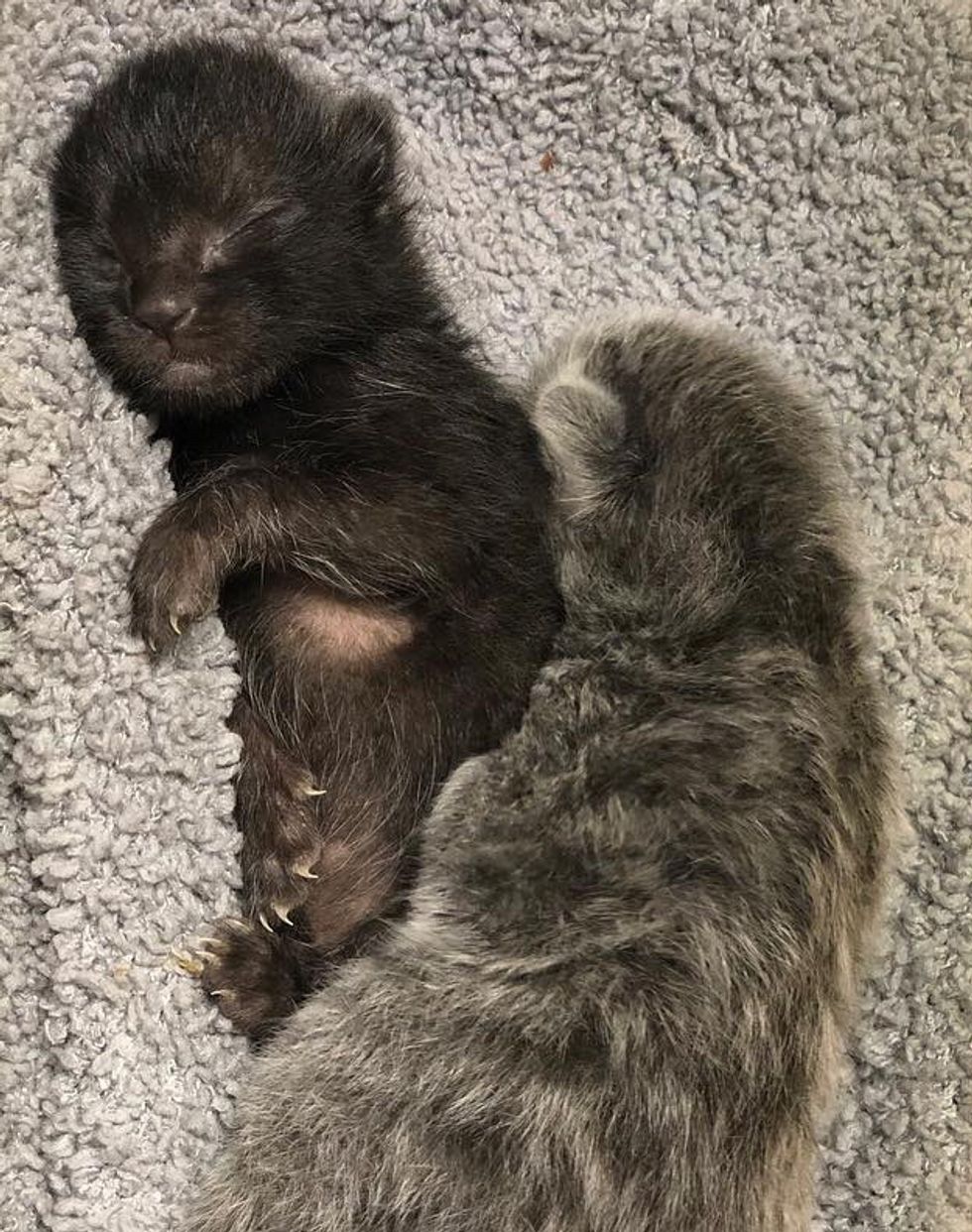 Nikki took them into her care the next day and offered to set up a trap at the school to find the mother cat. The kittens were named Ponch (black) and Jon (gray) (at the time, they were thought to be boys).

Soon, it was apparent that the runt was struggling. While her sister had a great appetite, Ponch had a hard time taking to syringe feedings and had to be tube-fed around the clock. 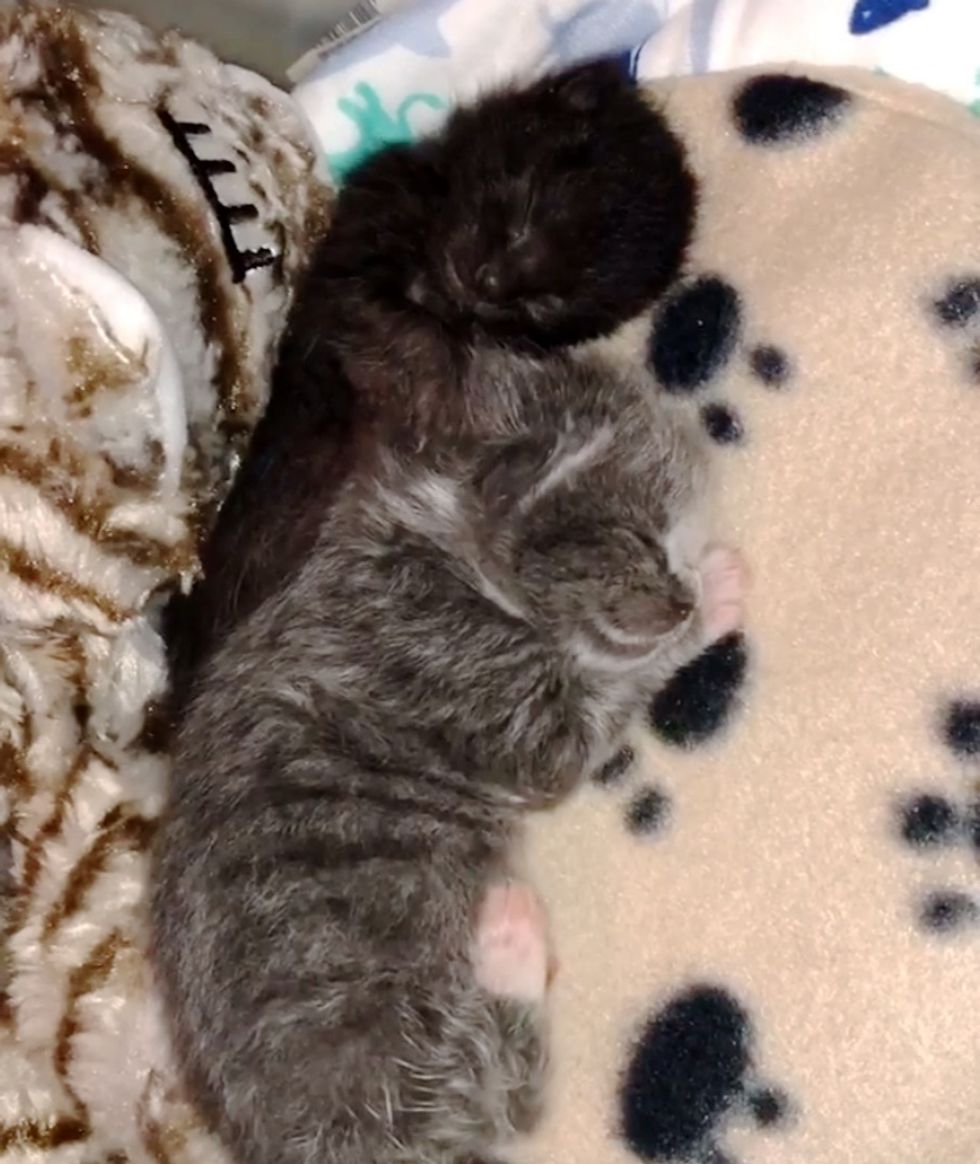 "We were previously trained by our vet on how to tube feed kittens," Nikki said. "Ponch fought me when I tried to get her to swallow any formula down. Tube feeding gave her a chance at life that she would not have otherwise had."

Ponch was still 50 grams less than her sister, but was starting to put on weight steadily. 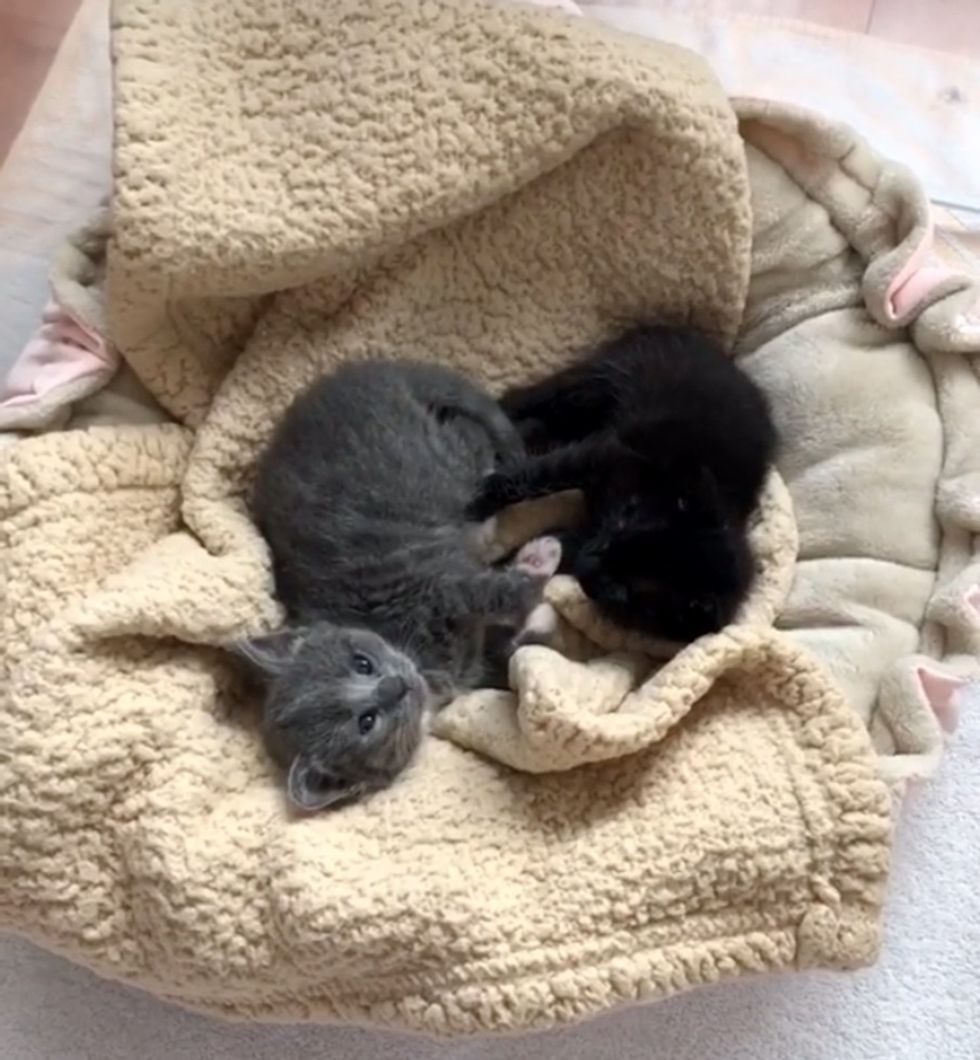 It was raining for several days after the kittens were found. "This baby would have never survived living outside. I can only imagine what life would have been like in the rain while struggling to keep up with nursing."

Nikki continued to look for their cat mom, hoping to get her spayed so to stop the cycle. 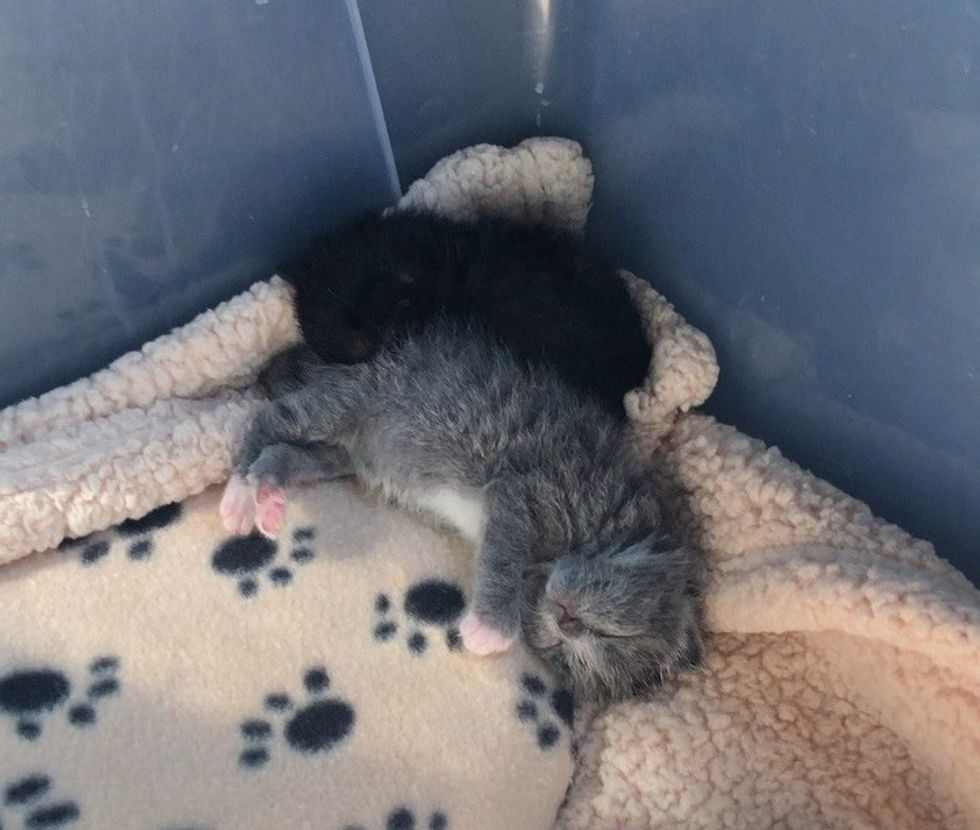 "I still have traps that I set and check daily at the location the babies were found. I've caught three cats there, but not their mother. Those cats are now spayed/neutered.

"Both Ponch and Jon are doing fantastic and growing like weeds! A little bit of lack of sleep is just a minor inconvenience for me but it means their life." 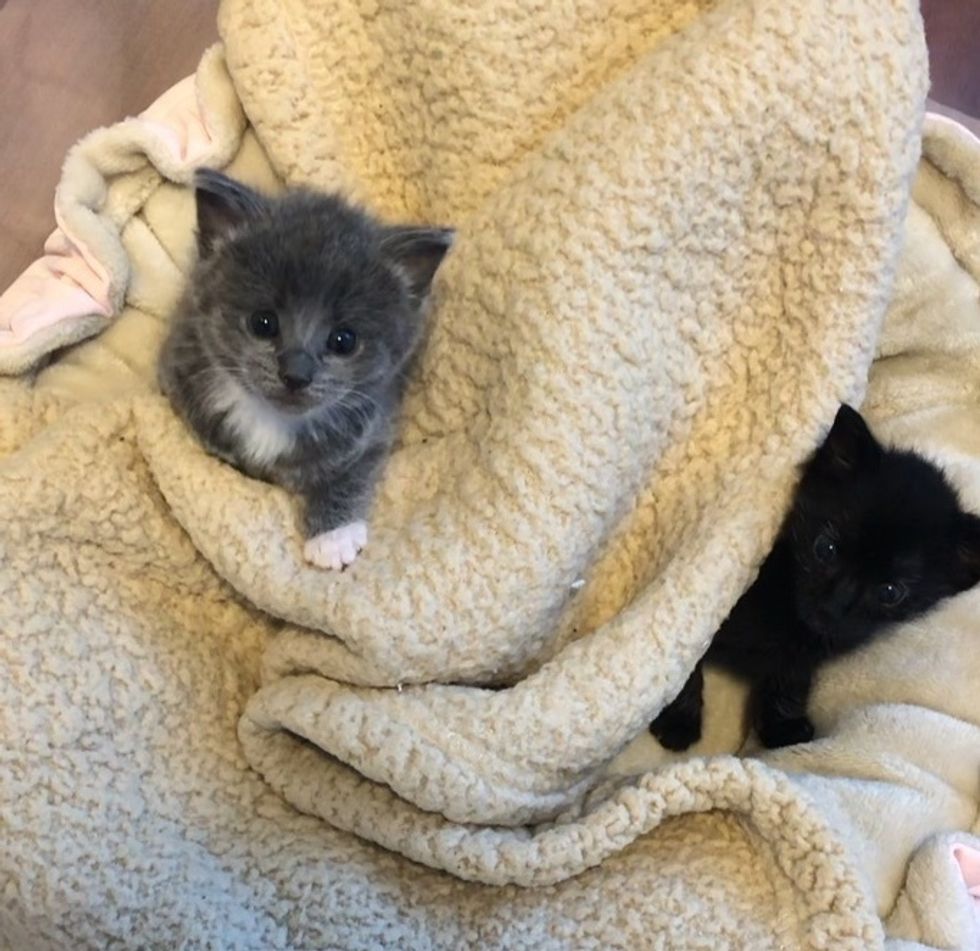 "They are just a little bit developmentally behind… Every kitten develops at their own pace," Nikki added.

"They are healthy, growing, starting to wrestle and play, and I'm thrilled they made it this far!" 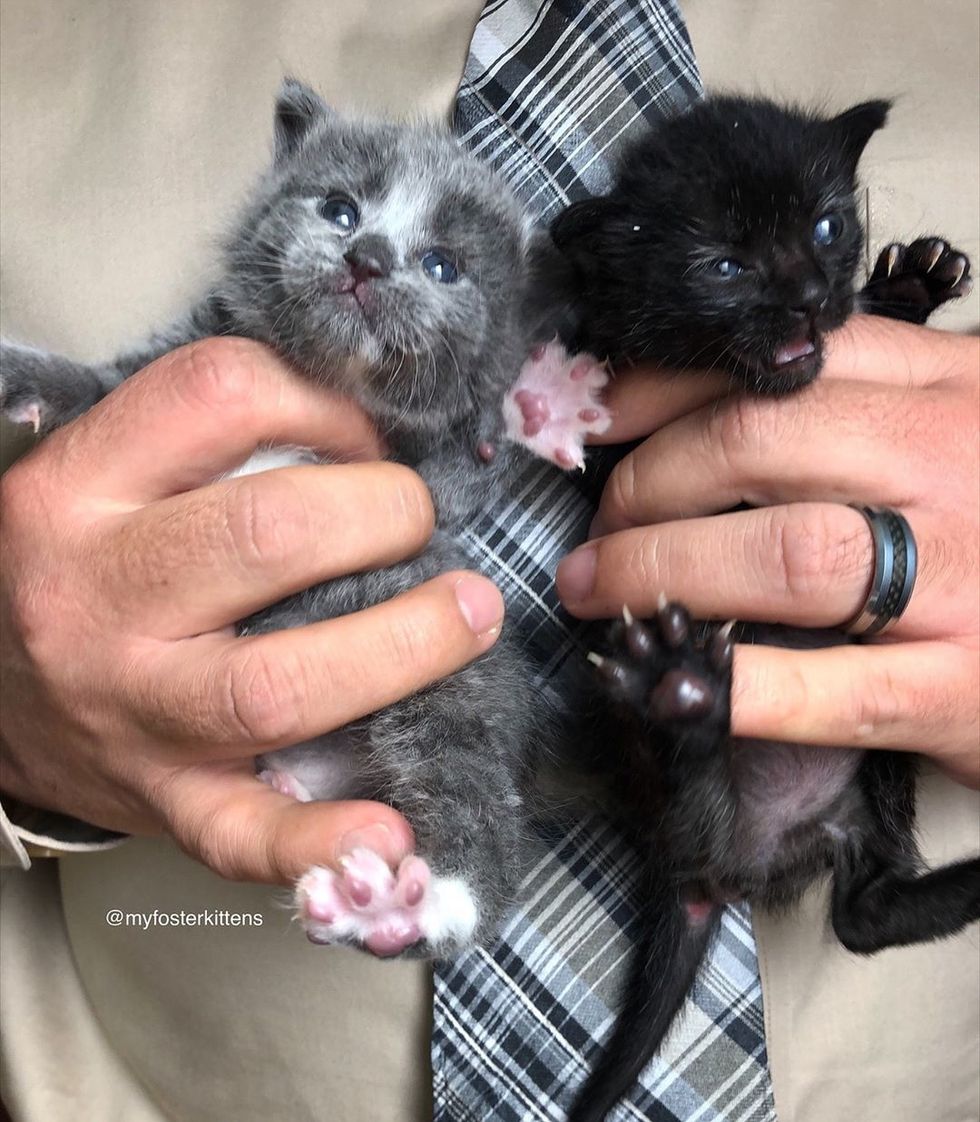 As they got bigger, they became more playful and adventurous. While the gray kitty tried to crawl up her foster mom's pant leg, the runty girl just wanted to be held and cuddled. 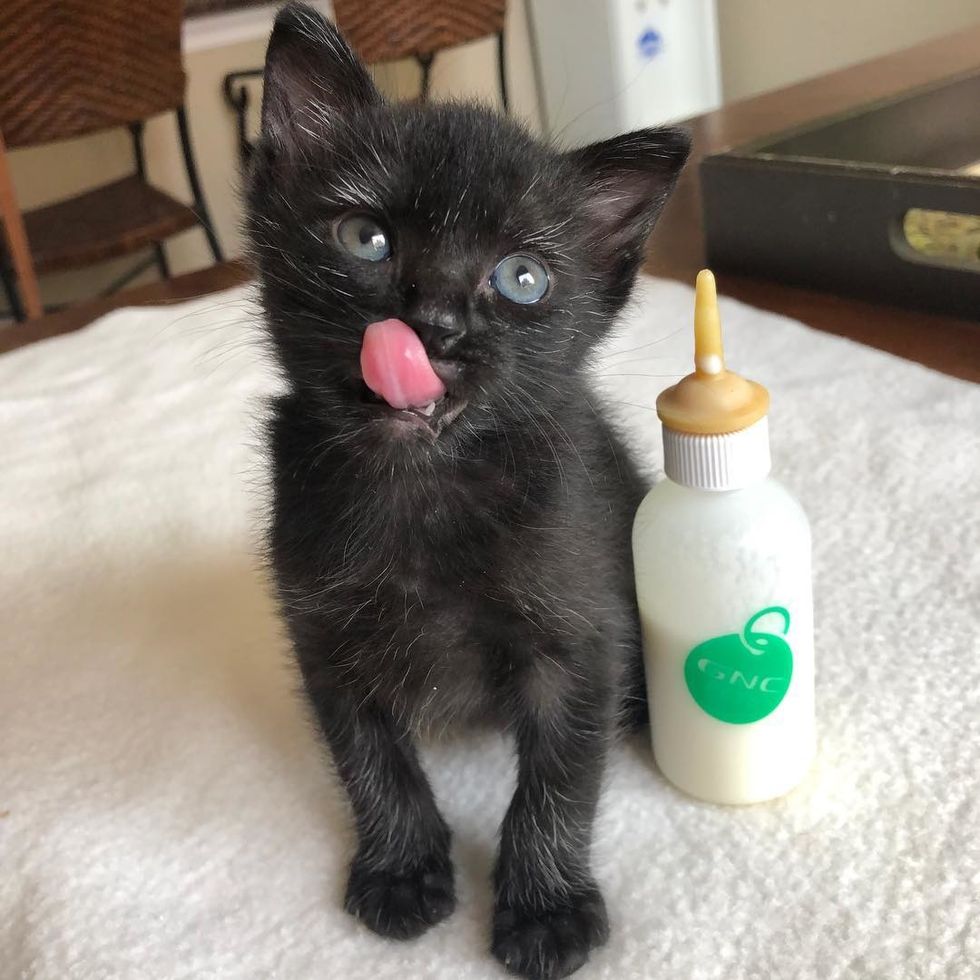 "Kitten season is hitting us hard here in Las Vegas and everywhere else that the temperature is warm," Nikki said.

"Rescues and shelters are being flooded with motherless kittens coming in. If you are able to bottle-feed, contact your local cat rescue or shelter and let them know that you would like to help." 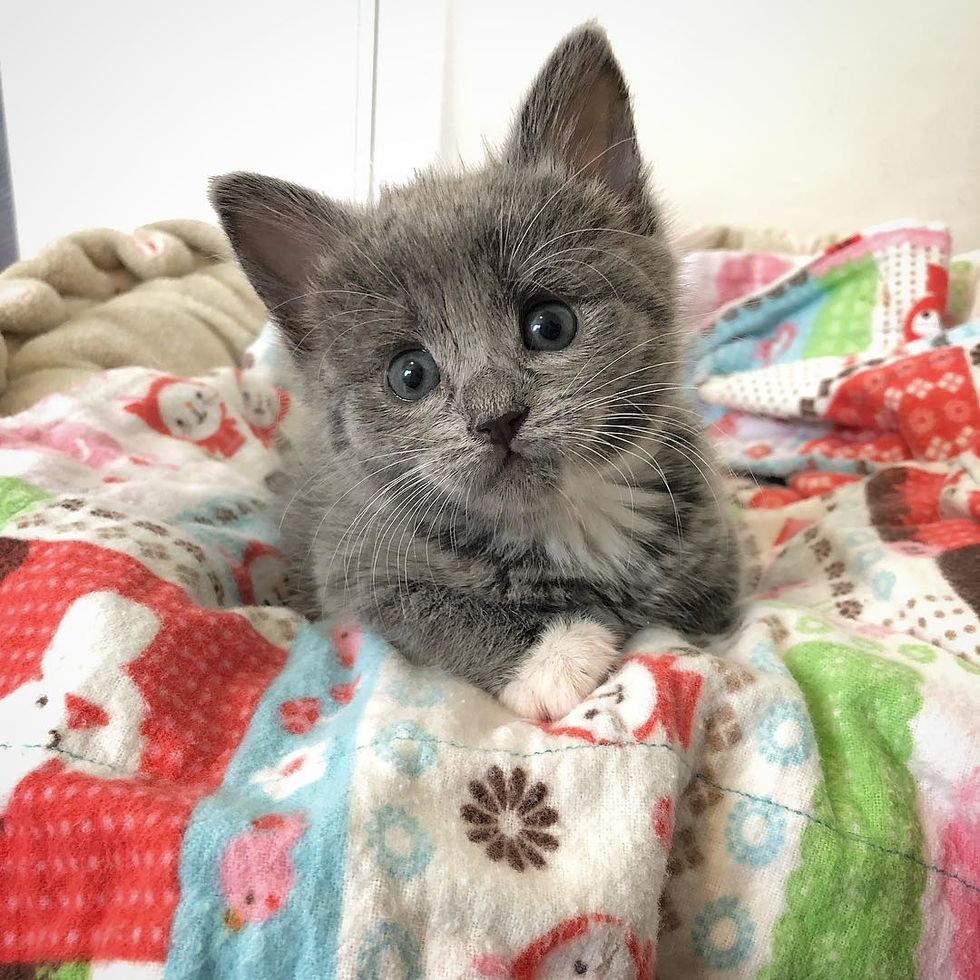 At seven weeks old, both kittens have graduated from their bottles, and even learned to wash their faces after meal time.

Little Ponch follows her sister everywhere she goes, playing in the sunbeams and thriving. 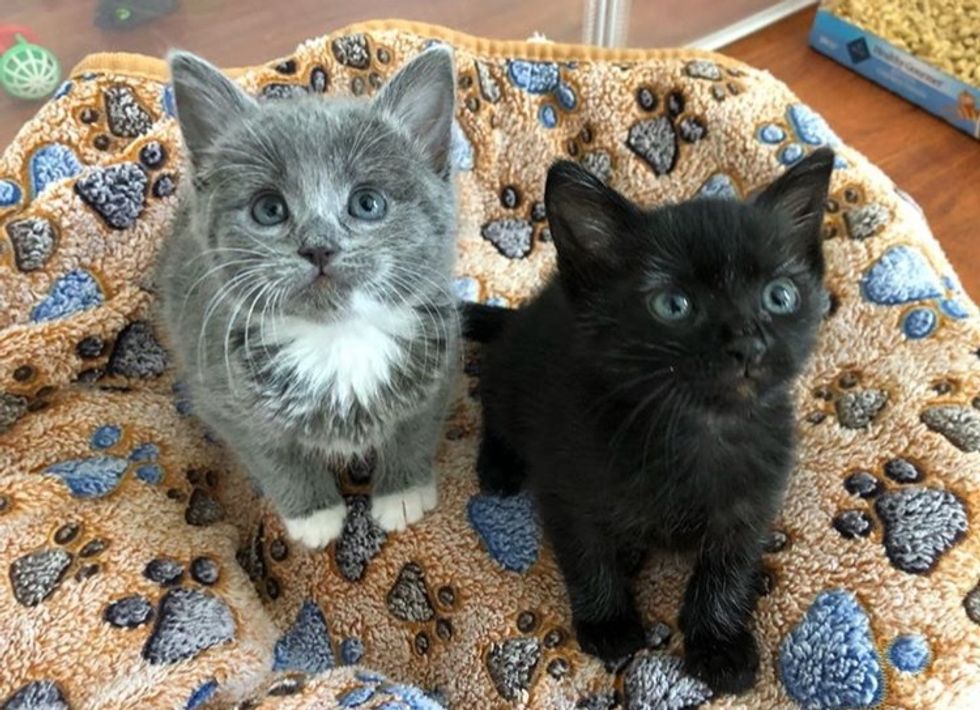 Related story: Couple Agreed to Foster 4 Kittens Without a Mom But the Kitties Had Their Own Plan