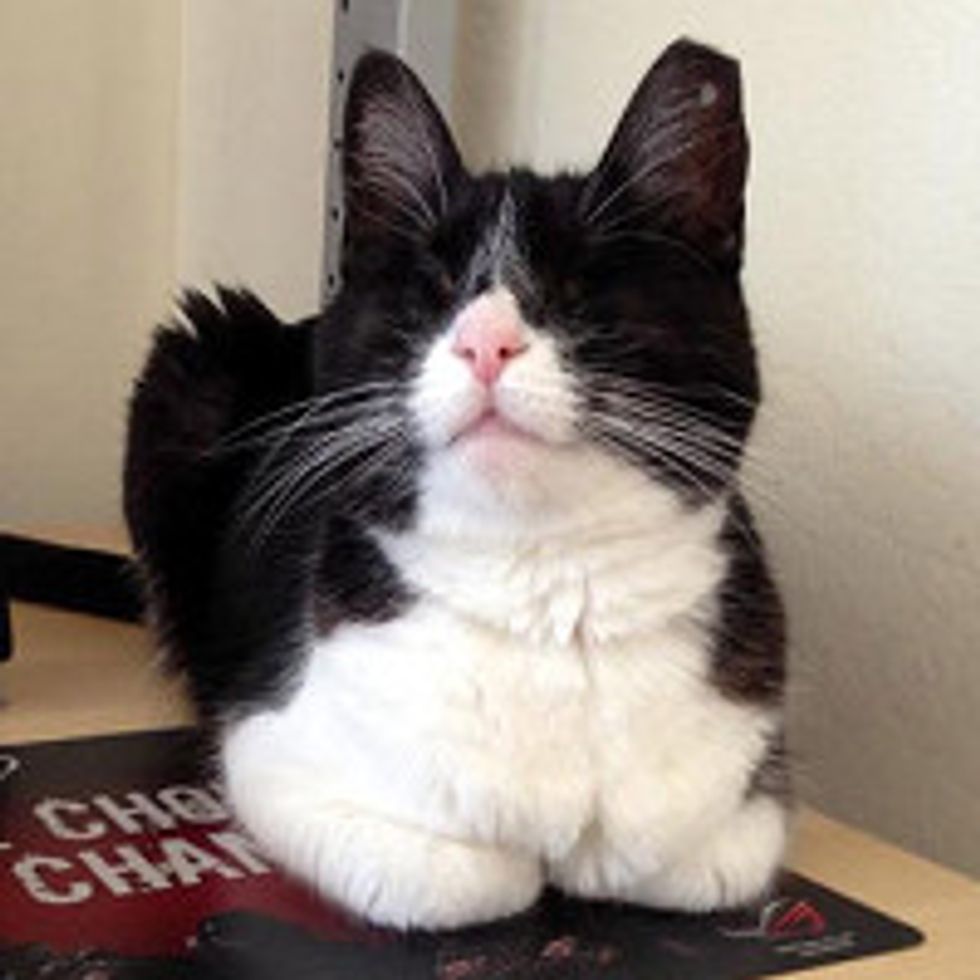 Her name is Little, a 10 year old kitty who has never had vision, but she's found a human dad who changed her life forever.

"Little first came to me around 2005 when I already had two other blind cats, though both of them had eyes. I was told there was a cat at the shelter who was found in a feral colony that didn't have any eyes, so I decided to adopt her. When I first brought her home she was scared and hid for a while but eventually came out and checked out the apartment. She got around just like any other cat, though she would use her whiskers a bit more and moved rather cautiously," said Josh Norem, human dad.

As time went on, he noticed she was shaking her head a lot and her eye sockets were constantly leaking. "So, I had a number of vets examine her and they thought she might have some sort of infection, and that it was best to just sew them up completely. The doctors told me when they examined the eye sockets that she had very small, malformed eyeballs that just never grew properly, so they took them out and sewed her eyes shut. She recovered quickly and now just has a beautiful fur-covered face." Little doesn't shake her head or feel uncomfortable any more.

Being blind has never been a problem for Little. "She behaves just like a regular cat and can climb up her 5-foot condo, sleeps on my legs, uses the box, climbs up chairs onto tables, and navigates perfectly. She even finds toys that have been lost under beds and couches, and loves playing with toys that make noise."

Little can't see, but that doesn't limit her at all. "She's a perfect cat, and I'm lucky to have her in my life."

With help from her human and the vet, Little is happier and has a beautiful fur-covered face

She finds toys that have been lost under beds and couches.

Little can't see, but she is perfect!