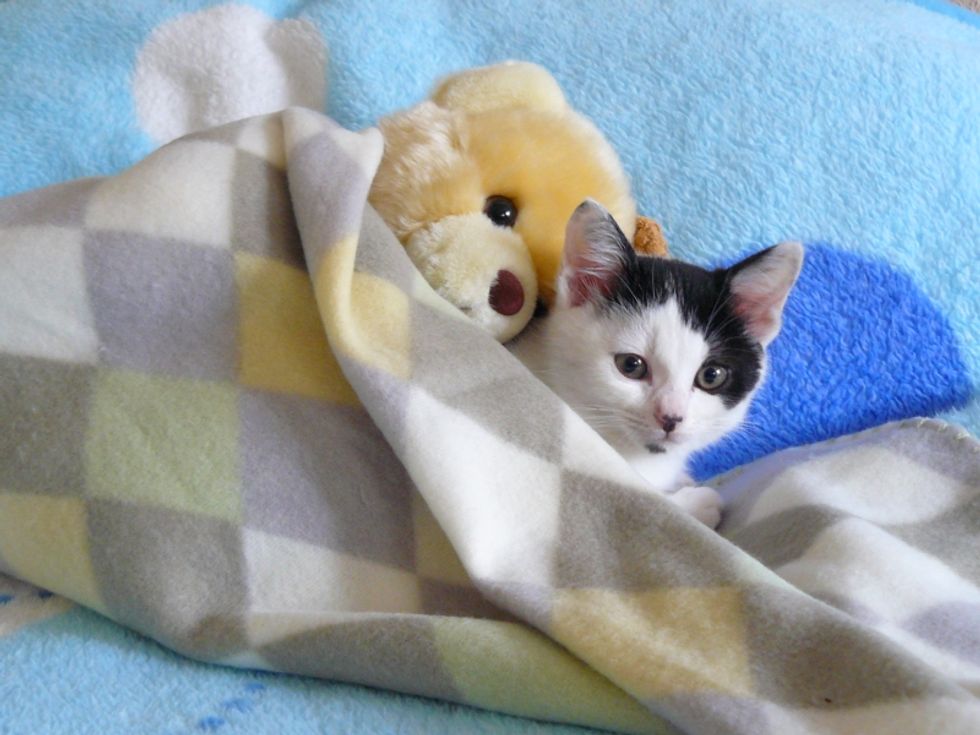 One morning Andreea came across a few kids in the neighborhood who were playing with a kitten. "The kitten was alone and crying for mom, so they took him. For a while we looked for the mom. We found three or four mother cats and we showed them the kitten, but none of them seemed to recognize or want him," said Andreea.

"I had to leave for a couple of hours, but when I was back, the kids were still carrying him around, and he looked weary. To the kids' dismay, I decided it was time to step in, take the kitten to a quiet place, feed him and comfort him, or he wouldn't hold up much longer."

The next day, the little kitten was able to eat by himself. "He even had four little sharp canines, and fortunately for me he understood where the litter was from the very beginning."

Andreea was not able to find his mother, so she decided to take care of him for a while until she could find him a good home. Five weeks later a nice family saw the little rescued kitten and decided to adopt him.

"It is a home with loving people, two older cats and a nice garden. His friend, the teddy bear went with him."