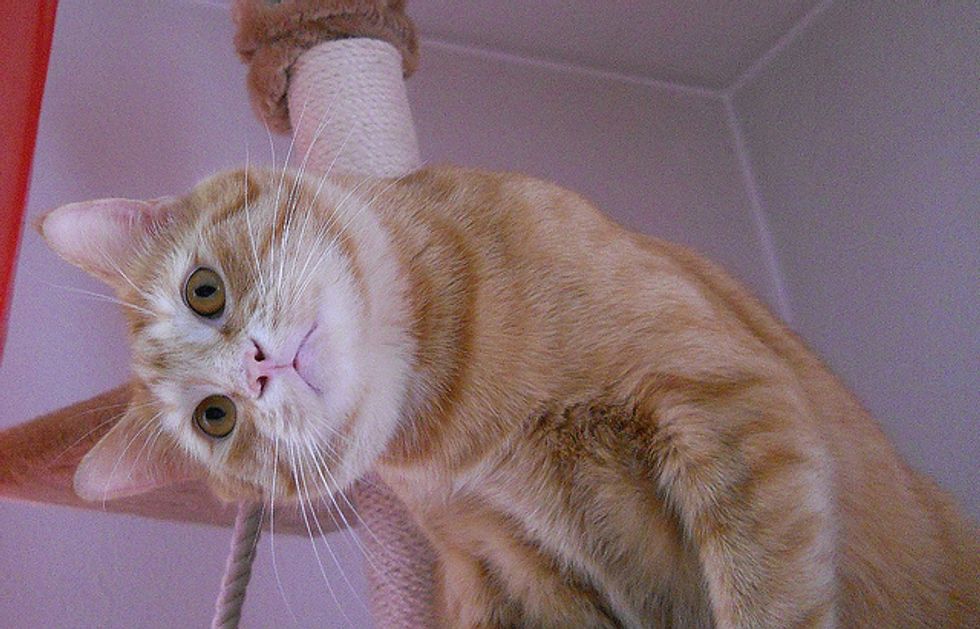 Lucky the Kitty with a Huge Purrsonality

We got him when he was 1 year old. His previous owner wanted to surrender him to an animal shelter. They did not do a good job with Lucky, so he often scratched people. He was taken from his mother too early when he was 6 weeks old. Another problem was, he didn't eat normal cat food, and he was not interested in it at all.

It took us a month to teach him that humans are different from cats and he can play fight with toys and sharpen his claws on a scratching post instead. With food, I also found a solution. He is getting fresh meat every day and I mix it with powdered premix for homemade cat food.

Lucky is a cat with a big personality. He is very complex, with many facial and body expressions. Lucky was not very into giving cuddles and kisses, but the older he got, the more affectionate he became (the more cuddles he gives). I'm already very happy and pleased.

At the beginning I never heard him purr, I thought maybe he did not know how to. Now he purrs all the time like a little purr motor. He is very affectionate and loving too. Sometimes he gets really unhappy if I am not at home for a little while.

He was no longer the wild little kitty that he once was. He may never be the very cuddly type, but he always comes to us and demands for attention and love. We (my daughter and I) love him so very much.