Five days ago, Alex Longshore heard what appeared to be a kitten's meow at his home in Lake Villa, Illinois. The meow was so faint that he didn't think much of it. When he came out of the house later, he heard it again and this time he wasn't going back in without an investigation.

Alex looked around the area and under many things but couldn't find a kitty. "This cat was on my mind and I had no reason to believe it was in my garage," Alex told Love Meow. 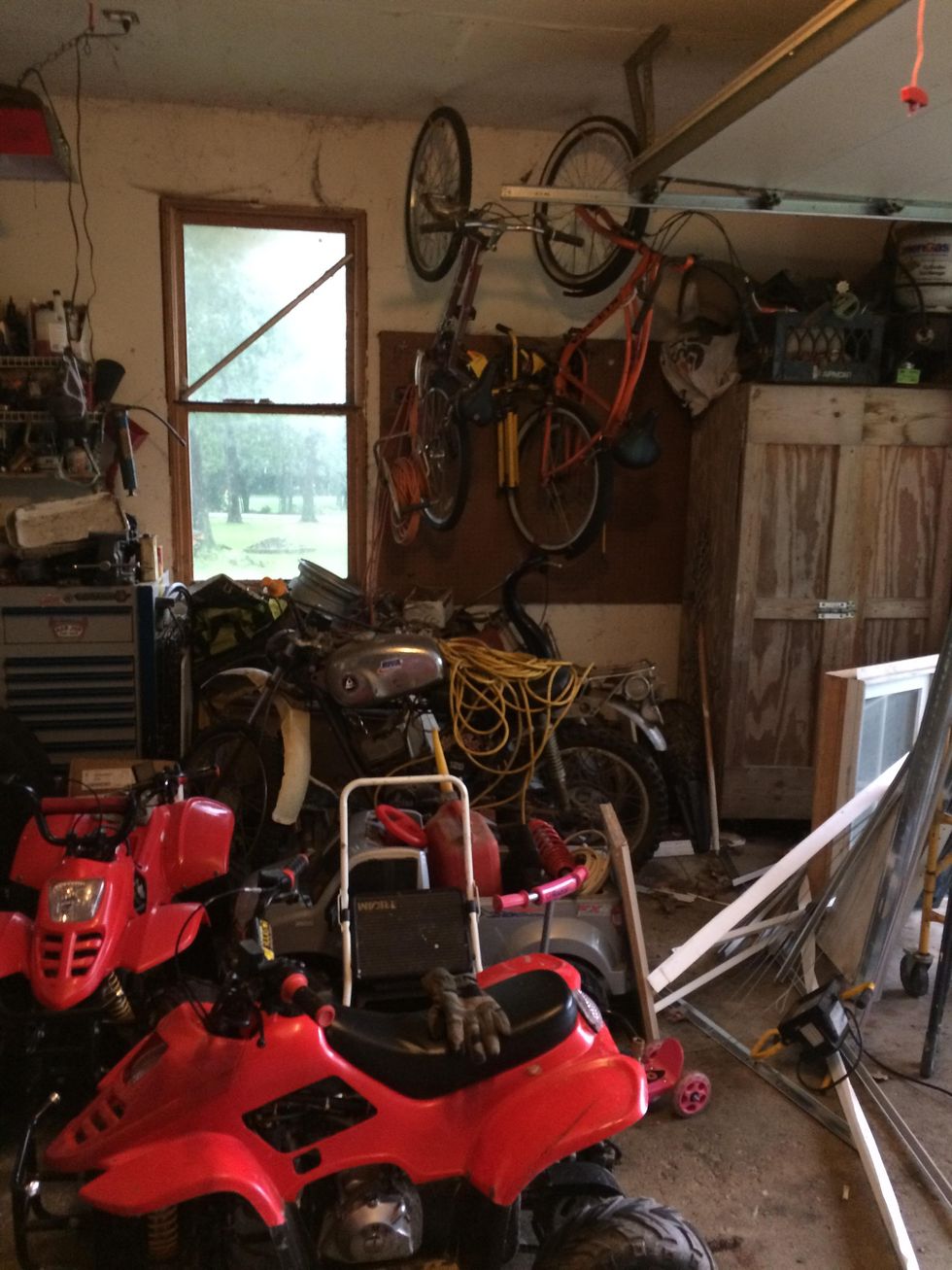 After a long search outside to no avail, he went back inside. The next day, the same thing happened. Alex was determined to find the kitty so he began to listen everywhere including his garage. "My family thought I was kind of nuts. One family member had brushed it off as cicadas but I knew it wasn't."

He continued to look till the night and decided to keep the garage door cracked open in case there was a mama cat that needed to come in. "I couldn't figure out if I was hearing a cat in the garage or just outside. It was hard because he didn't meow loud or much at all," he said.

On day three, the meows became louder and more frequent, and it was then he could clearly hear where it was coming from -- the garage. Alex immediately pulled his fiancé, Caitlin Blanton, in the garage, closed the door and waited for the kitty to come out.

After a long wait, suddenly, the kitty belted out a very large meow. 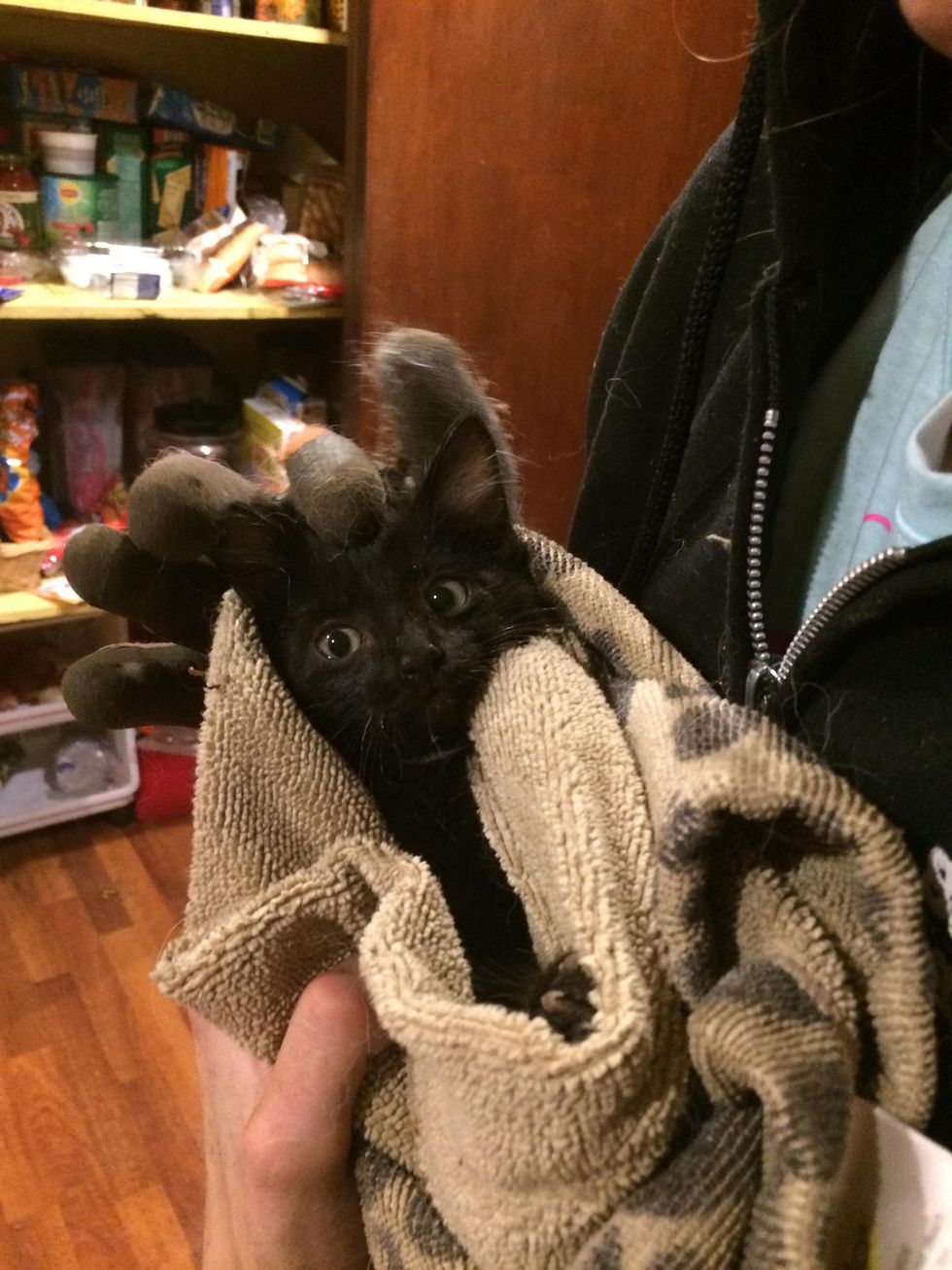 They used their cell phones to help probe all possible hiding places. After a couple of hours, they finally spotted the kitty.

"He was tucked between tool boxes and concrete, but we couldn't clearly see him. There is an 8 inch lip of concrete he had climbed up on. So when we looked under it seemed as if he wasn't there till we moved everything." 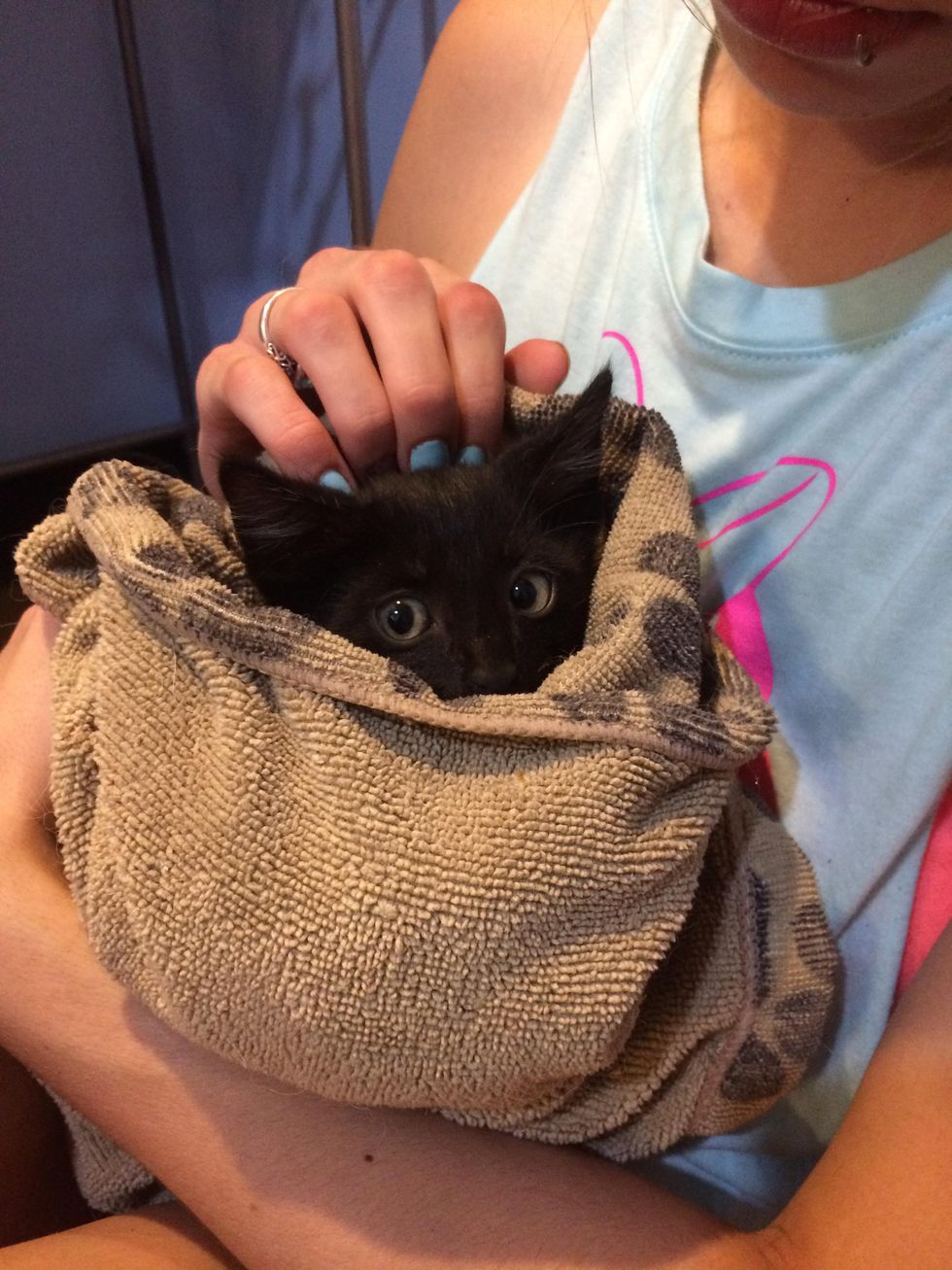 The kitty was so scared that he kept darting from one hiding spot to another, and no cat food was enticing enough for him to come out. It took the couple another few hours to finally convince him that they were there to help.

Once they got the kitten and put him in their arms, the frightened little furball began to calm down.

They named him Toothless. "He has all of his teeth, but the little guy reminds me of Toothless from How To Train Your Dragon!" 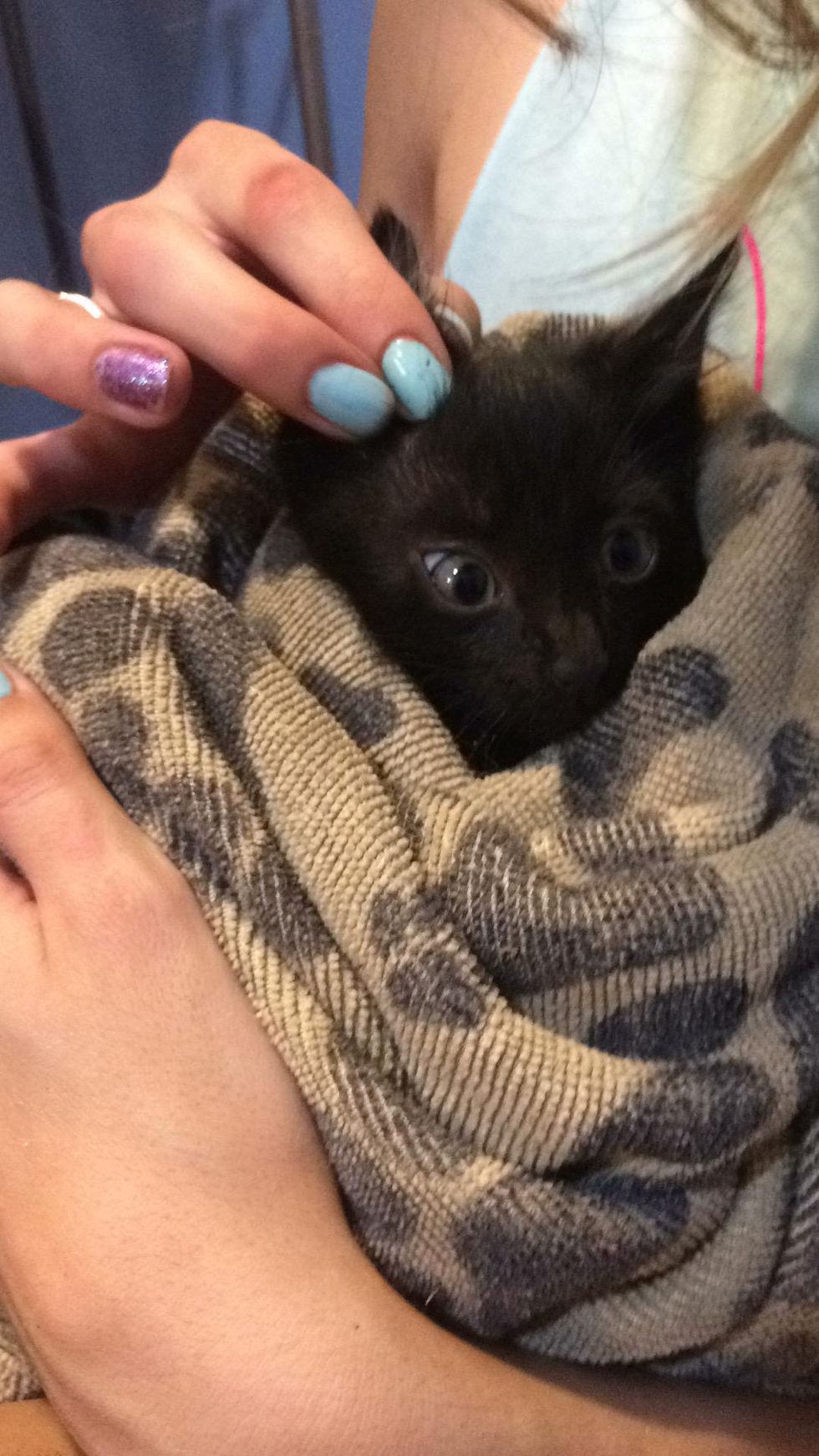 The kitten was covered in fleas, but after two much-needed baths, he felt so much better. "We're making sure he's fit and hydrated! Taking the necessary steps to make sure this little guy stays healthy!"

Toothless spent the first night under his humans' bed but decided to come out and explore his new abode the next day. Two days after the rescue, he found his voice.

"Last night he had a mini mew match with my fiancé, and she must have said something right because he came right up in bed and wanted to snuggle," Alex told Love Meow. 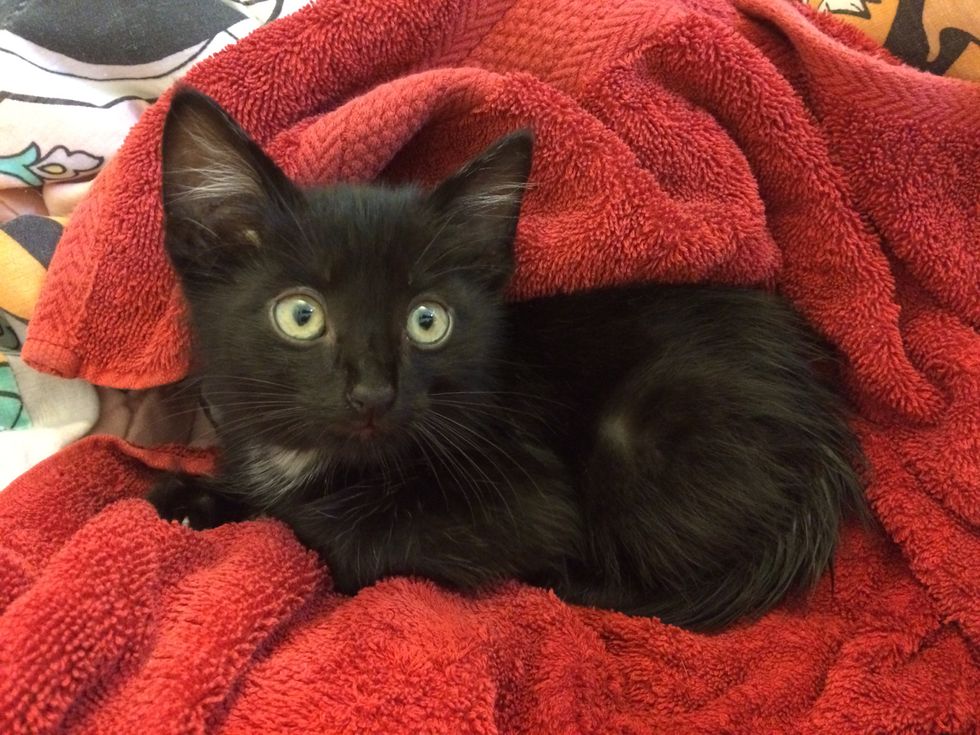 Toothless is the second kitten they found in 13 years. The little buddy sneaked into their garage and made it his forever home.

Related story: Woman Saves Kitty with 'Vampurr Fangs' From Streets, One Year After the Rescue