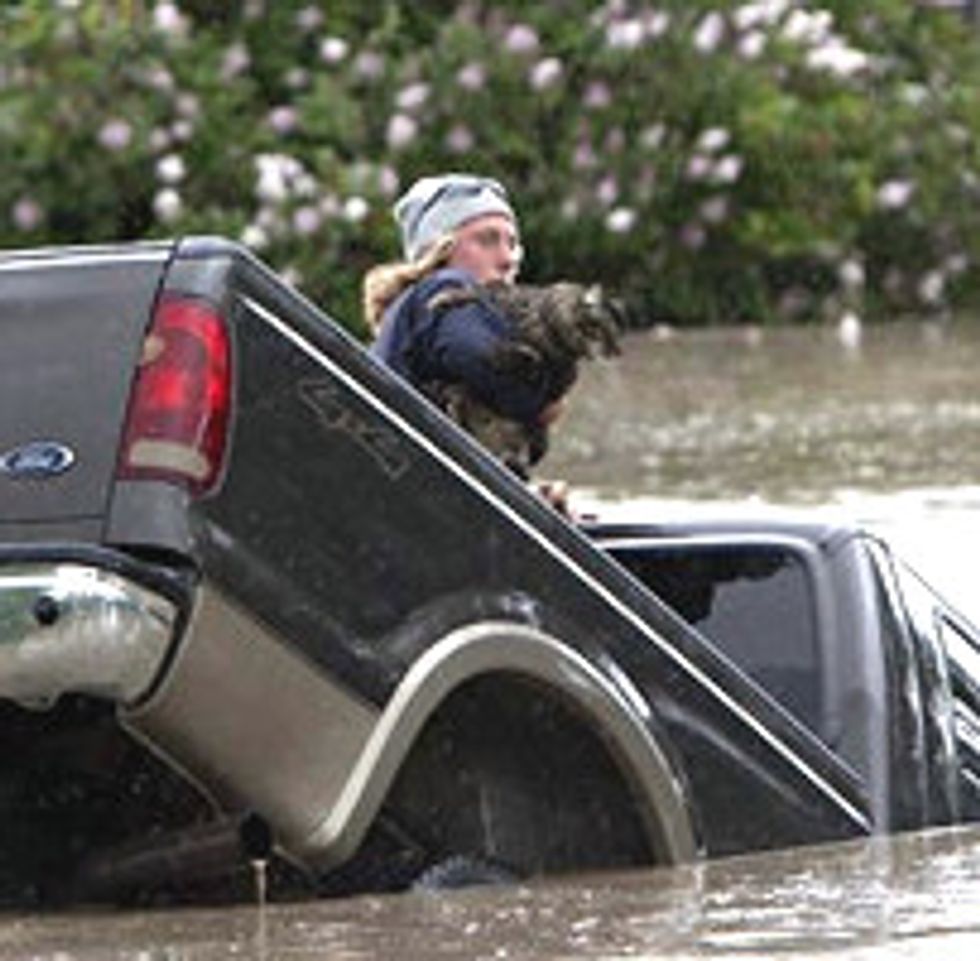 A man kept his beloved cat with him and swam in the rising flood waters to make sure his cat made it to safety as the torrential floods hit western Canada.

Kevan Yaets and his cat Momo were stranded in their pickup truck and had to swim to safety before the vehicle became submerged in flood waters.

Kevan climbed out the back window of his truck with his cat Momo tightly held in his arms while his car was slowly sinking in the flood waters and being swept downstream.

They started swimming to safety. Momo, followed by Kevan, made their way to the higher ground. Kevan closely swam behind Momo to make sure his cat was ok.

Their truck was completely submerged, but Kevan is happy that he and his cat Momo are safe.

Kevan crawls out the window of his truck with his cat tightly held in his arms while his truck is sinking in flood waters. 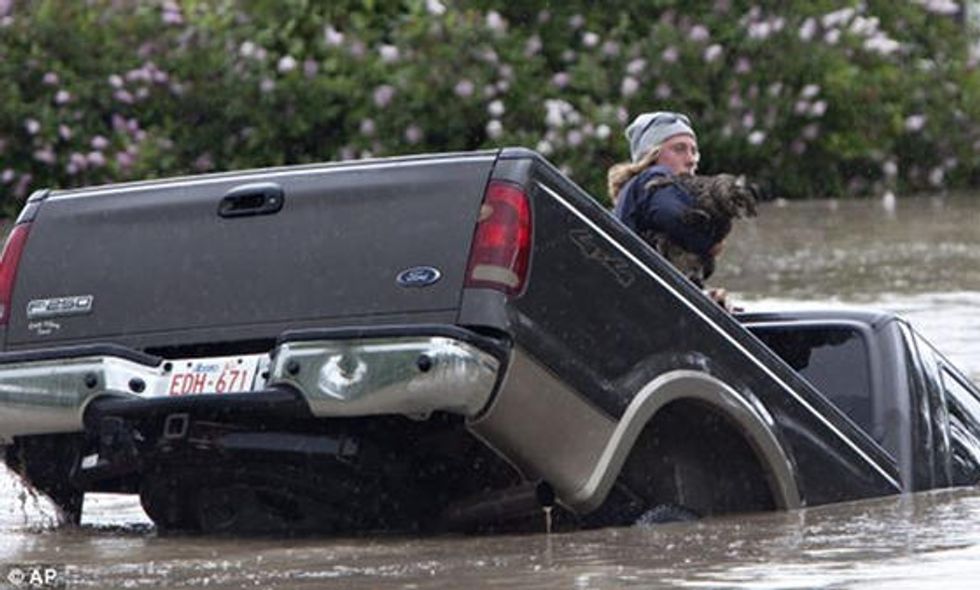 They jump into the flood waters and begin to swim to safety. 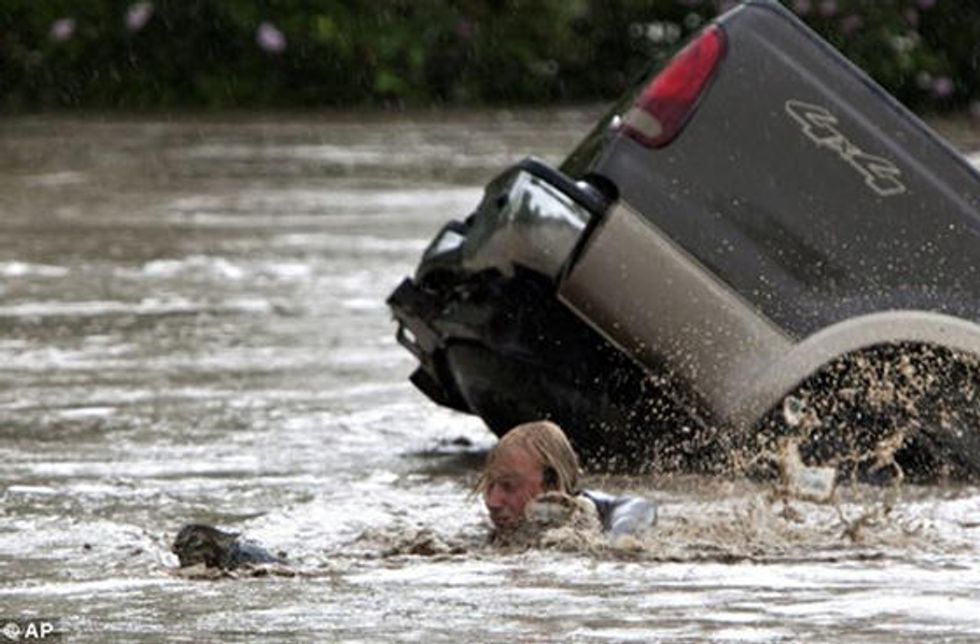 As they swim towards higher ground, Kevan closely follows behind Momo to ensure his cat's safety.

Their truck is gone, but Kevan is happy that both he and Momo are safe. Momo reaches out to the rescuer for a hug. 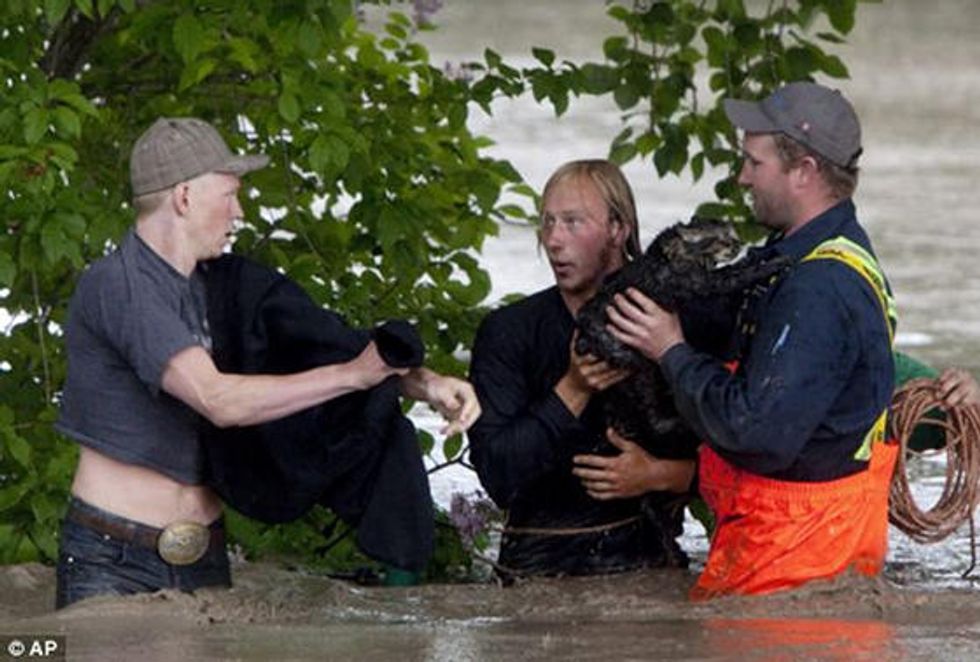 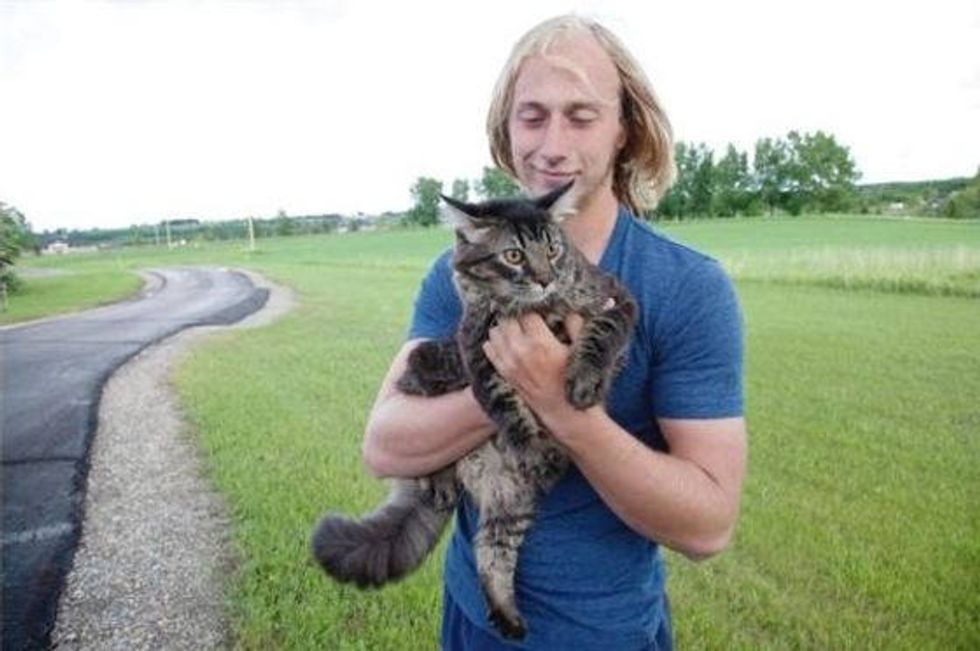