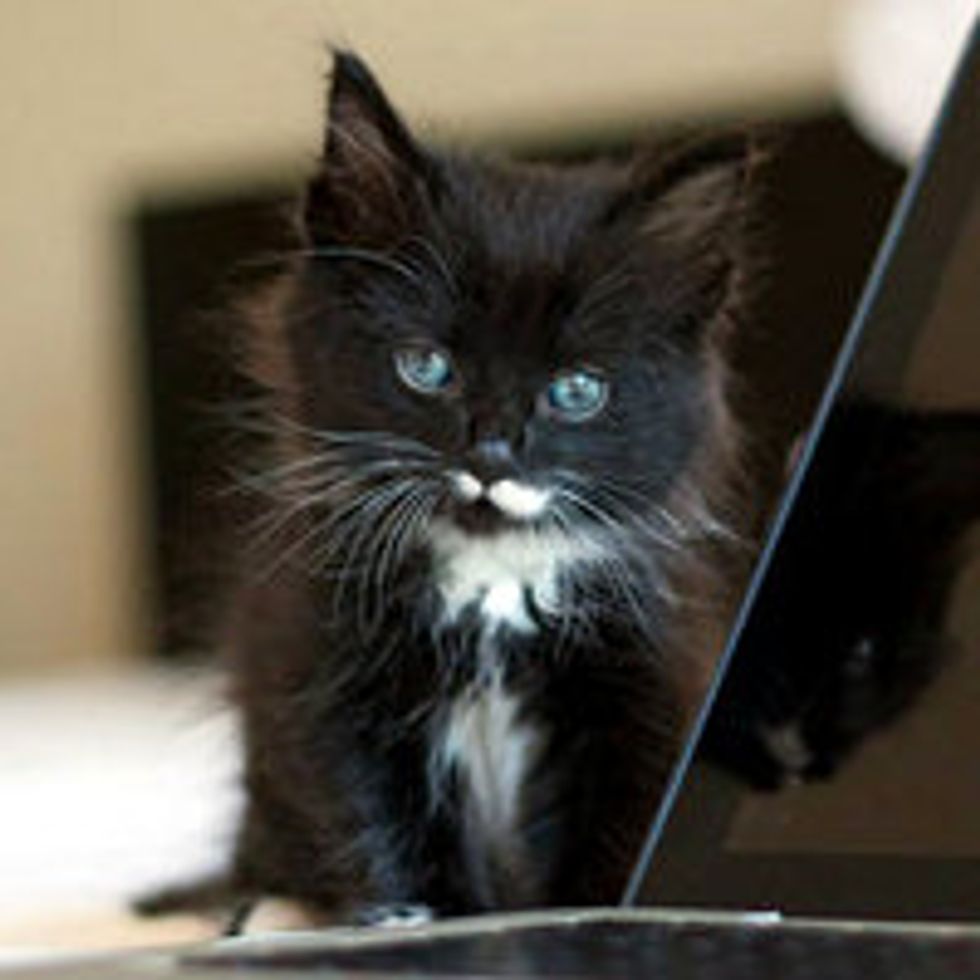 Man Looks for Kittens, They End Up Finding Him

A year ago, a man and his girlfriend started looking to adopt kittens, but what they didn't know was that 2 days later, a litter of tiny orphan kittens somehow found him at his office.

"Two days before these kittens showed up at work, my girlfriend and I went to an adoption fair and sat and played with some kittens for an hour, but didn't really 'bond' with any of them. So I get to work on Monday, and I told a few people that we... had actually made a decision to wait and see if a better opportunity presented itself. Three hours later one of the girls who I was talking with came running to a meeting I was in and said 'you need to excuse yourself, now!', so I left the meeting and ran down to the mailroom thinking there was some sort of emergency, and there they were, sitting in a cardboard box," he wrote via reddit. They just found the kittens in front of their office.

He immediately volunteered himself to foster all four kittens, and ended up falling in love with all of them. He kept Scout and Boo for himself, and gave the other two to good homes. Today, Scout and Boo have all grown up. It's hard to believe how things work out sometimes. It is as if it was meant to be for Scout and Boo to find him.

Four very sleepy kittens rescued in front of an office

Boo as a tiny kitten

Boo all grown up