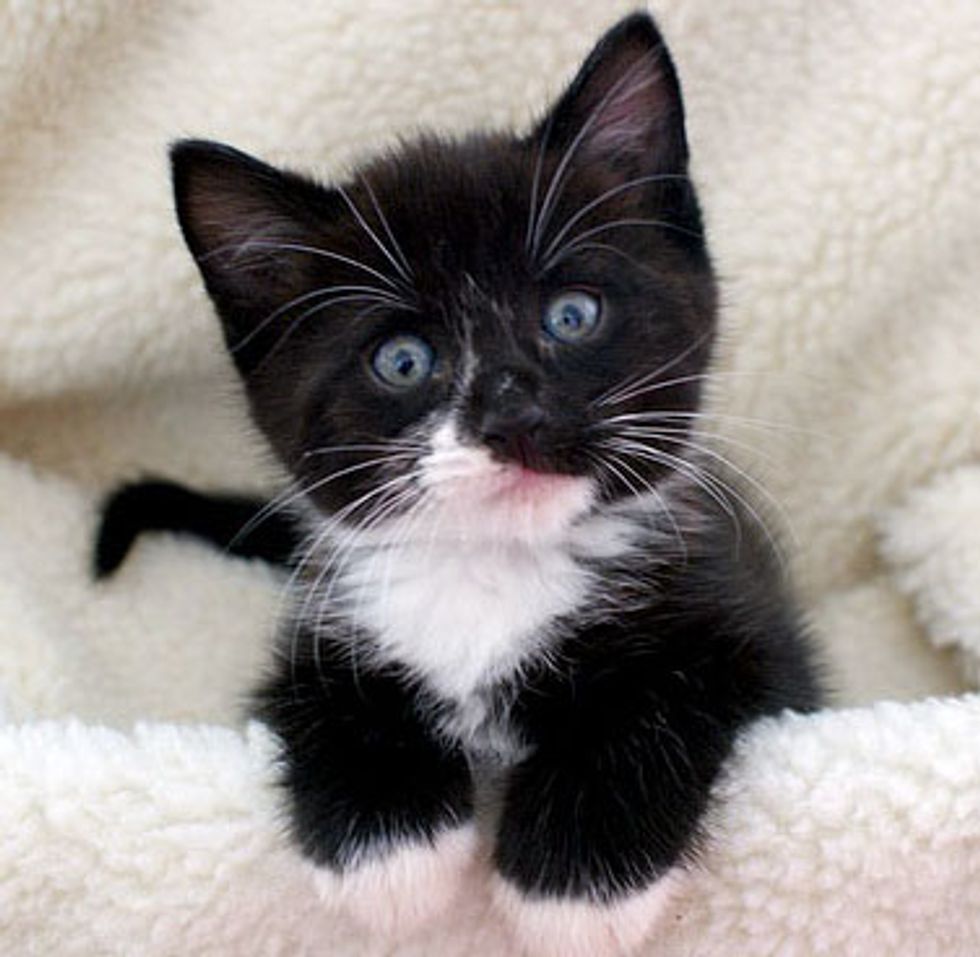 Max is about eight months old now and came to live with us in September 2010 when he was *really* tiny. He belongs to my flatmate Anna (his mother) but I am his godmother. She picked him out of a litter looking for a good home in Berwick-upon-Tweed, Scotland because he climbed up on her lap and settled himself down while the others played. She took it as a sign he was comfortable around her but knowing Max now I suspect it's because he realised Anna has a soft heart and would pander to his every whim.

As he's grown up he's gained a reputation amongst my three flatmates and I as a bit of a rascal. He wants his own way and he wants it NOW. He's incredibly vocal and if he feels ignored or if people aren't paying enough attention he will yowl his displeasure or destroy things. He's clawed up lamps and broken glasses, chewed on watches and shredded endless amounts of toilet paper.

In addition to being destructive he's recently mastered climbing on top of doors and squatting there, looking down on the whole room, in a very regal fashion. Initially when he started this he wasn’t sure he could get down on his own and would yell and cry until someone came along to try and help him. Then he would suddenly, magically, work it out and jump down (usually knocking things over on his way) before his would-be rescuer could actually help.

Max's favourite game is fetch (seriously! throw things for him and he brings them back time after time) and his favourite toy for this activity is soft hair ties (the fluffy fabric kind) which he abandons all his other toys for. He can literally spend hours chasing a thrown hair tie up and down the hallway if someone is willing to spend all their time entertaining him.

Another, final, interesting fact about Max is he has unusually long toes on his back feet. They seem to help him a lot in his climbing but they can look quite odd!