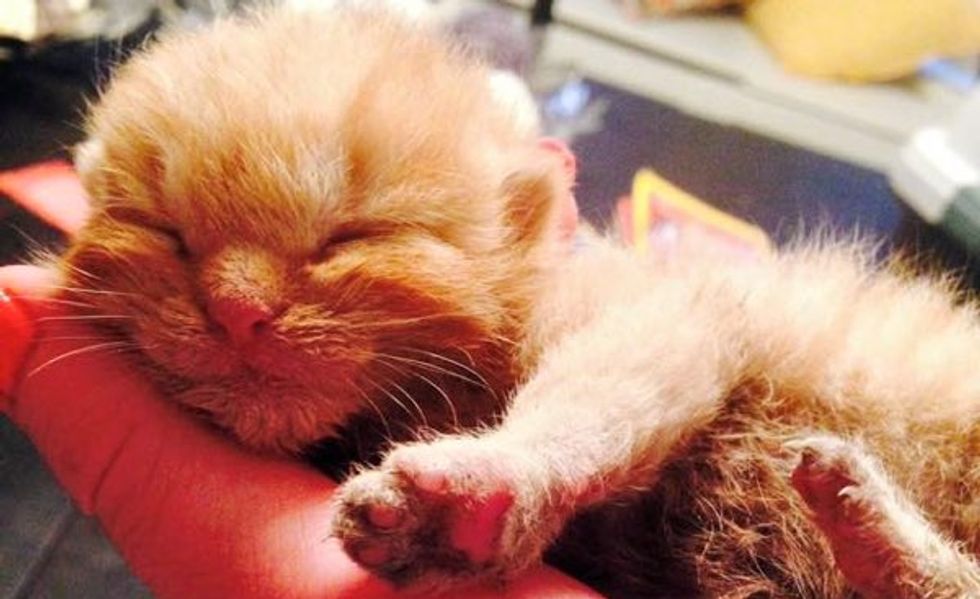 Miracle Kitten Rescued from Rubble After a Fire

A tiny orphan kitten was pulled from the ashes after a fire in Jeffersonville, Indiana. It was a miracle that the little baby kitten survived.

City of Jeffersonville, Indiana wrote at Facebook: "After the massive fire in a Jeffersonville apartment complex Thursday, out of the rubble came a kitten named Miracle.

Jeffersonville Firefighters were told a kitten was missing, but with both his parents deceased from smoke inhalation, it seemed unlikely a 2 week old kitten would survive. But the next day at 3 pm, a Firefighter found him covered in soot – alive."

"It looked like a fuzzy play toy. I didn't even know it was a cat," Captain Rusty Hall of the Jeffersonville Fire Department told WDRB. 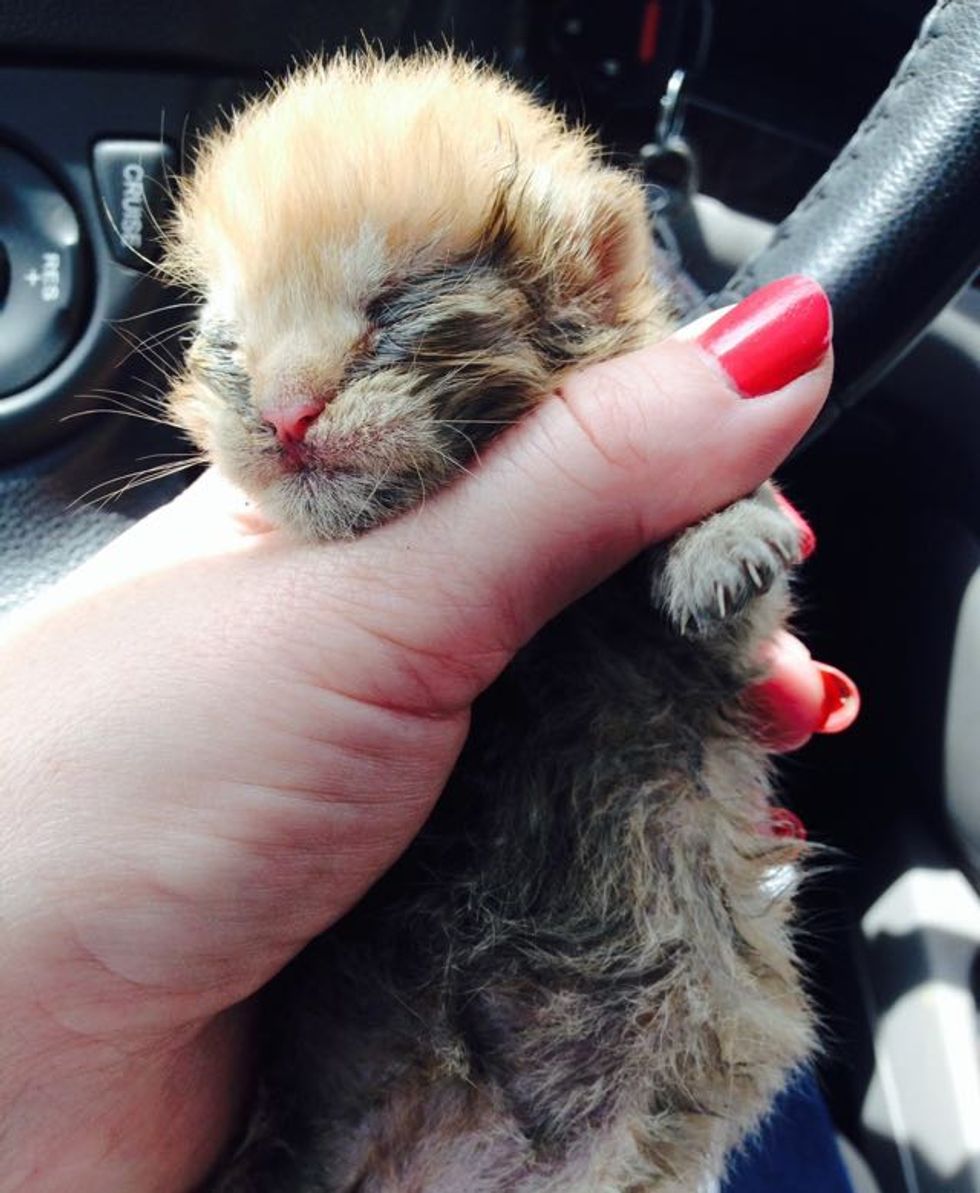 Sara Green, Director of J.B. Ogle Animal Shelter received the call that they had found the missing kitten. They rushed little Miracle to Eastside Animal Hospital where he was given oxygen.

"Kittens are very fragile at that age, plus the smoke inhalation," Sara said. "I don't know how in the world this thing survived."

The little miracle kitten continues to thrive under Sara's care. "She will be taking care of Miracle indefinitely until they are either able to contact the owner or put him up for adoption," City of Jeffersonville added.

This little orange kitten was pulled from the rubble after a fire. It was nothing short of a miracle! 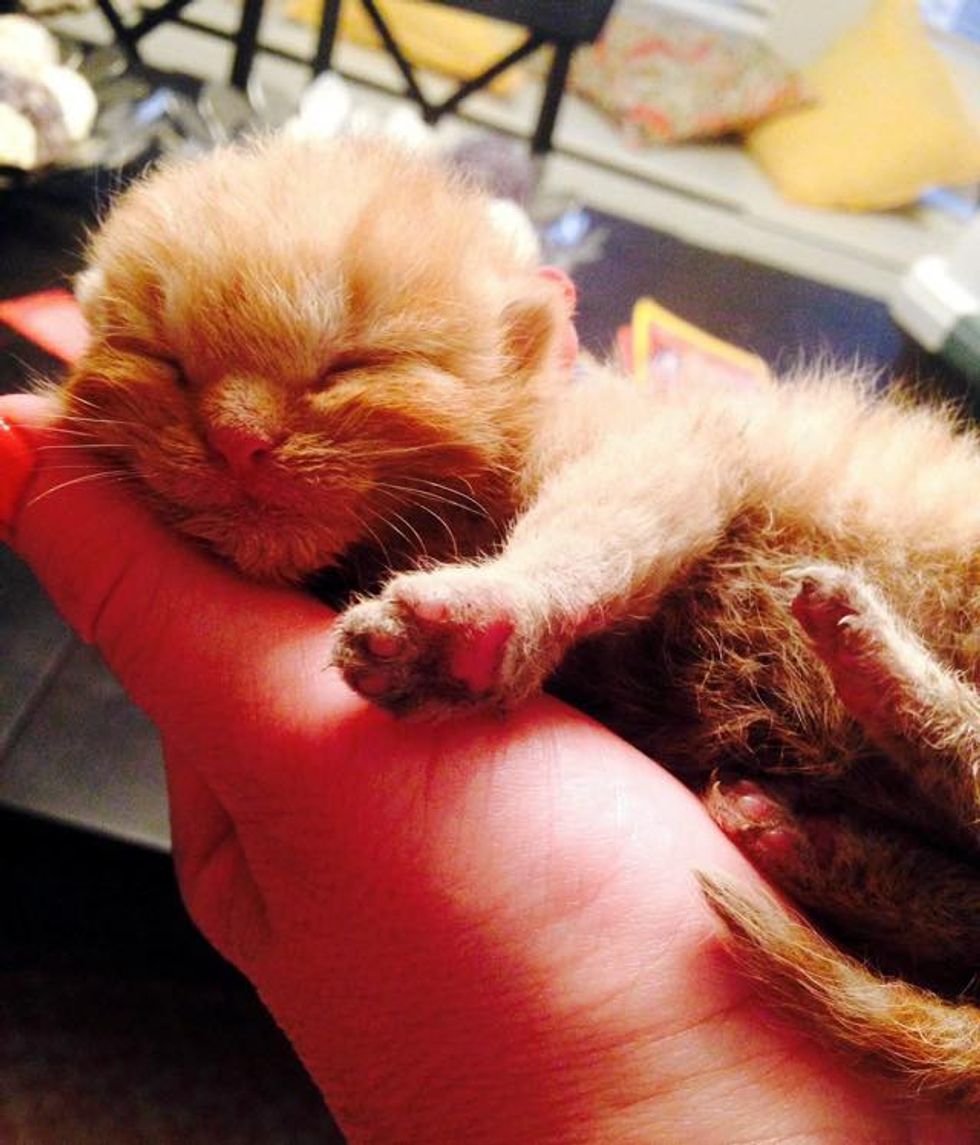 Miracle is cleaned up and now being cared for around the clock. 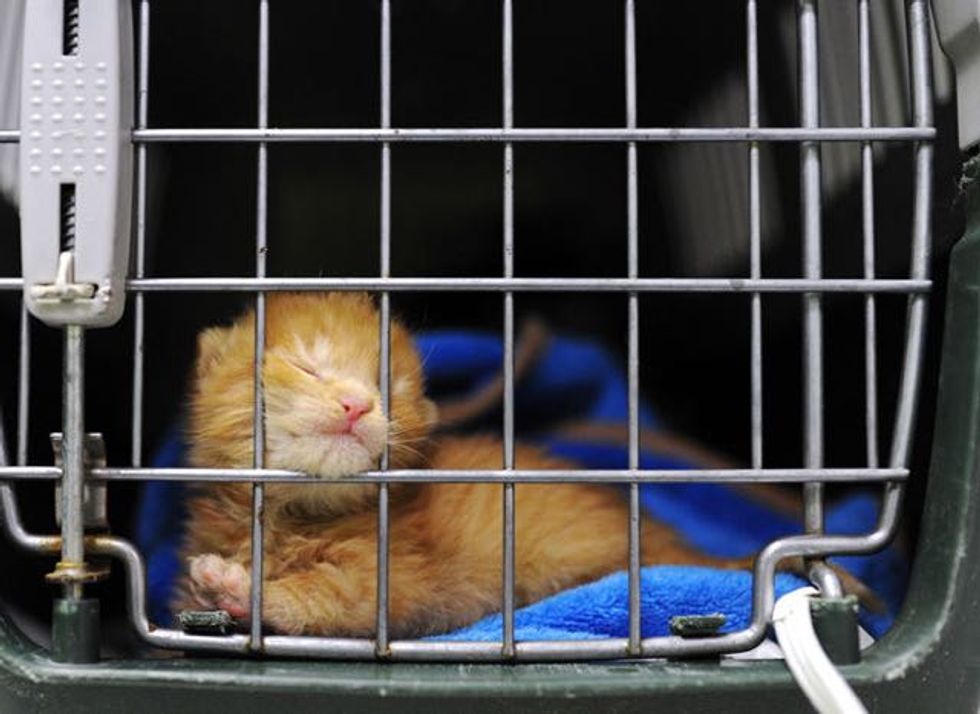 "Just a baby kitten, just wants to be loved," said Sarah Green of the J.B. Ogle Animal Shelter. "He just started purring a couple days ago." 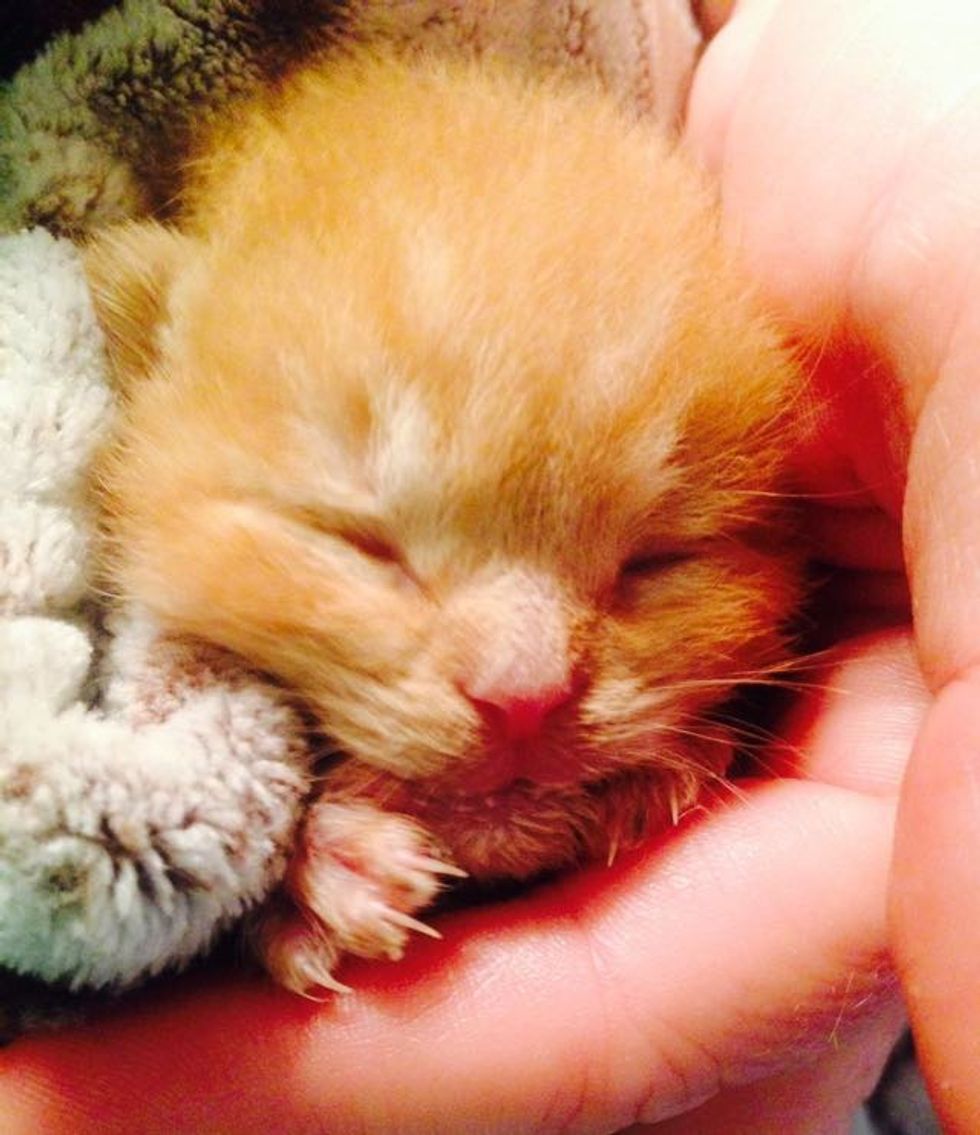 Two days ago, Miracle opened his eyes for the first time! 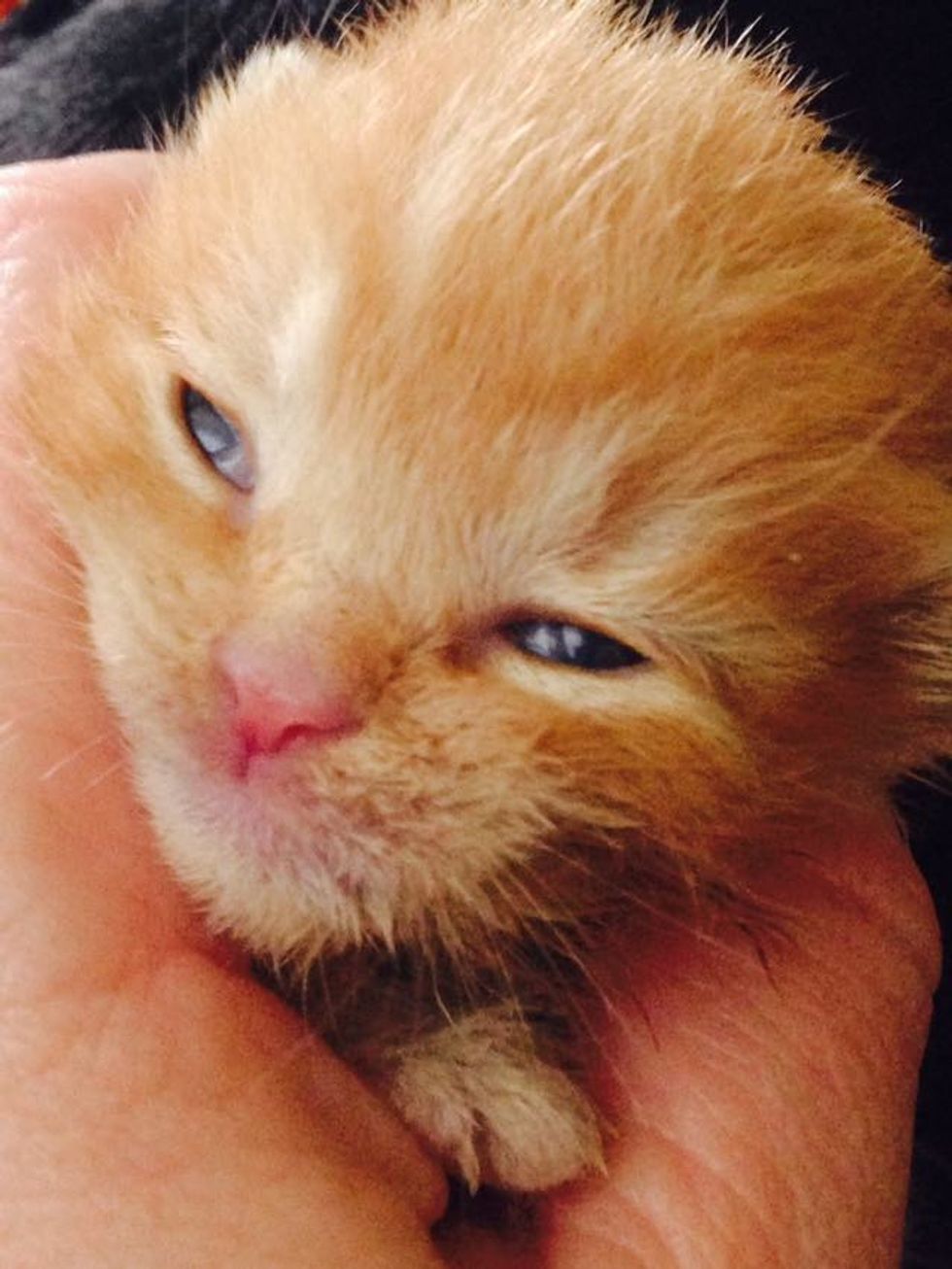 "I believe it was a miracle that we found him," Captain Rusty Hall of the Jeffersonville Fire Department said. 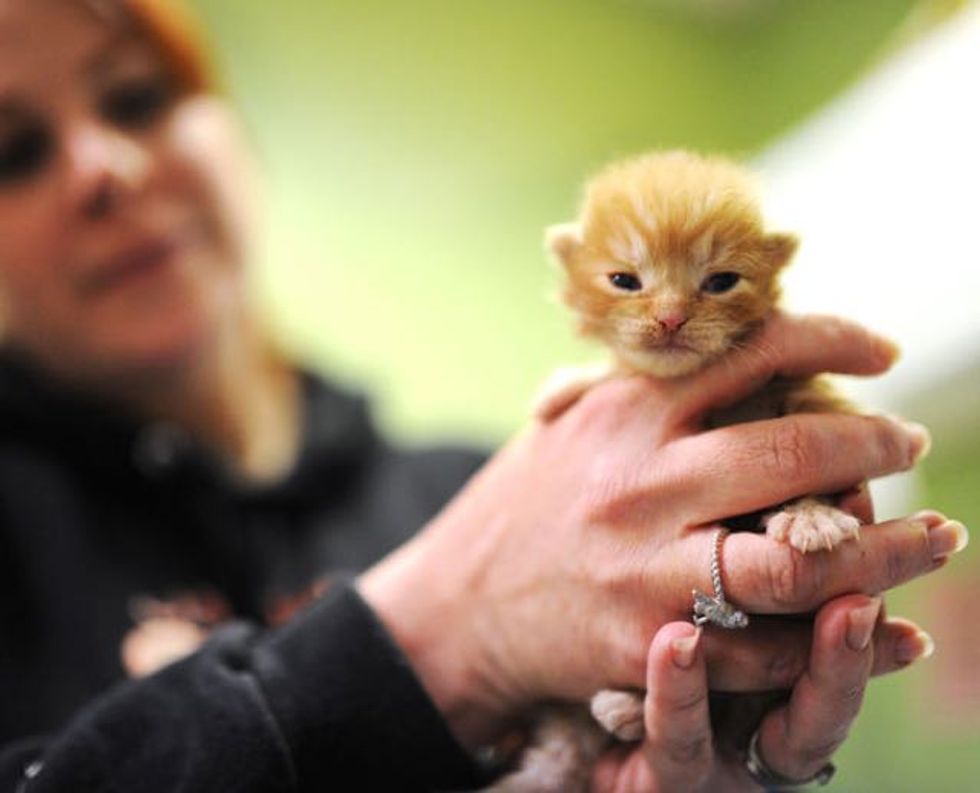 Miracle the kitten is happy and loved! 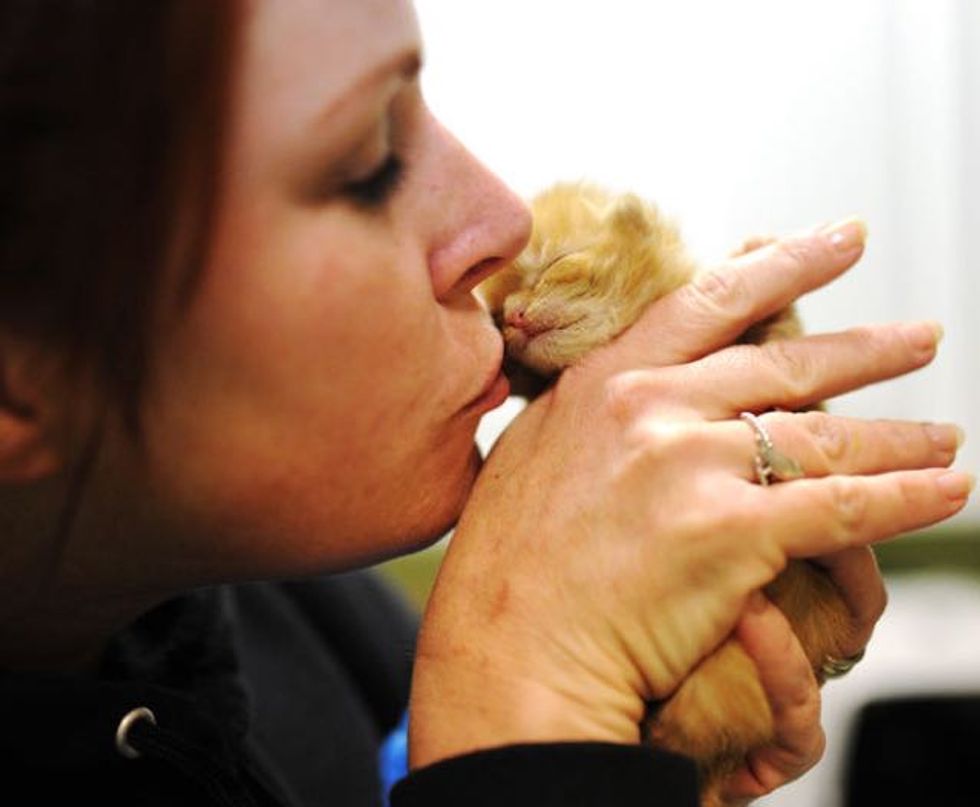 WATCH VIDEO: Miracle kitten rescued from ashes after a fire.

Photos by City of Jeffersonville Indiana and Tyler Stewart via News and Tribune.