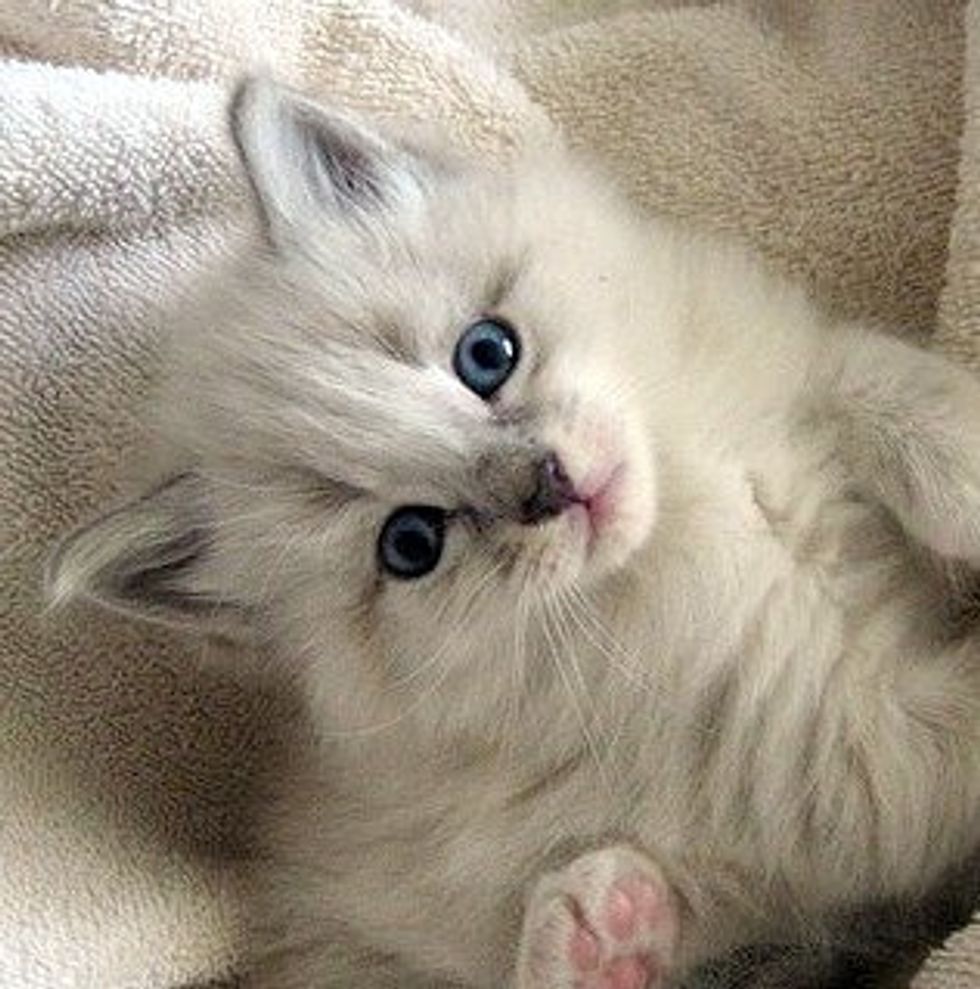 Momo the Kitty with a Big Purrsonality

Momo was abandoned by his mother in my office parking lot when he was about 4 weeks old. The guys knew who to call when they found him (me!). I walked into my coworker's office and saw a tiny white puff-ball sticking out of his jacket. He had kept the puff-ball warm all morning until I arrived, since the plan was for me to take him home until I could find a home for him through the cat rescue organization I volunteered with. But that was not meant to be. One look at this kitten and knew he belonged in our family. One sniff and I realized why his mama had abandoned him under a company truck - the little rascal had been sprayed by a skunk! I brought my "skunk" baby home and put him in a box with towels.

Immediately, one of my cats Romeo came to the box and was desperate to get to the kitten. Thought I was apprehensive, I let Romeo get closer. He took one sniff, licked the kitten head to toe, and they have been best buddies ever since. I named him Momo, which means "peach" in Japanese, because he was so fuzzy and sweet.

Momo is now 3 years old, and besides following Romeo around like a shadow, he has turned out to be quite an entertaining cat. Probably due to his feral beginnings, he isn't much of a snuggler, but what he lacks in snuggliness, he makes up for in pure entertainment. Momo is the kind of cat who will find the treats you hid in the darkest corners of the cupboard, makes fun of you by imitating your poses, and if you are missing something, Momo stole it.

He even learned to jump like his big brother, Fiko, at a very young age! He's turned into a feisty little dude and looking back at old photos, I can see the fire in his eyes even when he was 4 weeks old. Every day, I feel so lucky that Momo is part of our family.

This is a video of Momo when he was still a wee baby. He's really come a long way :).