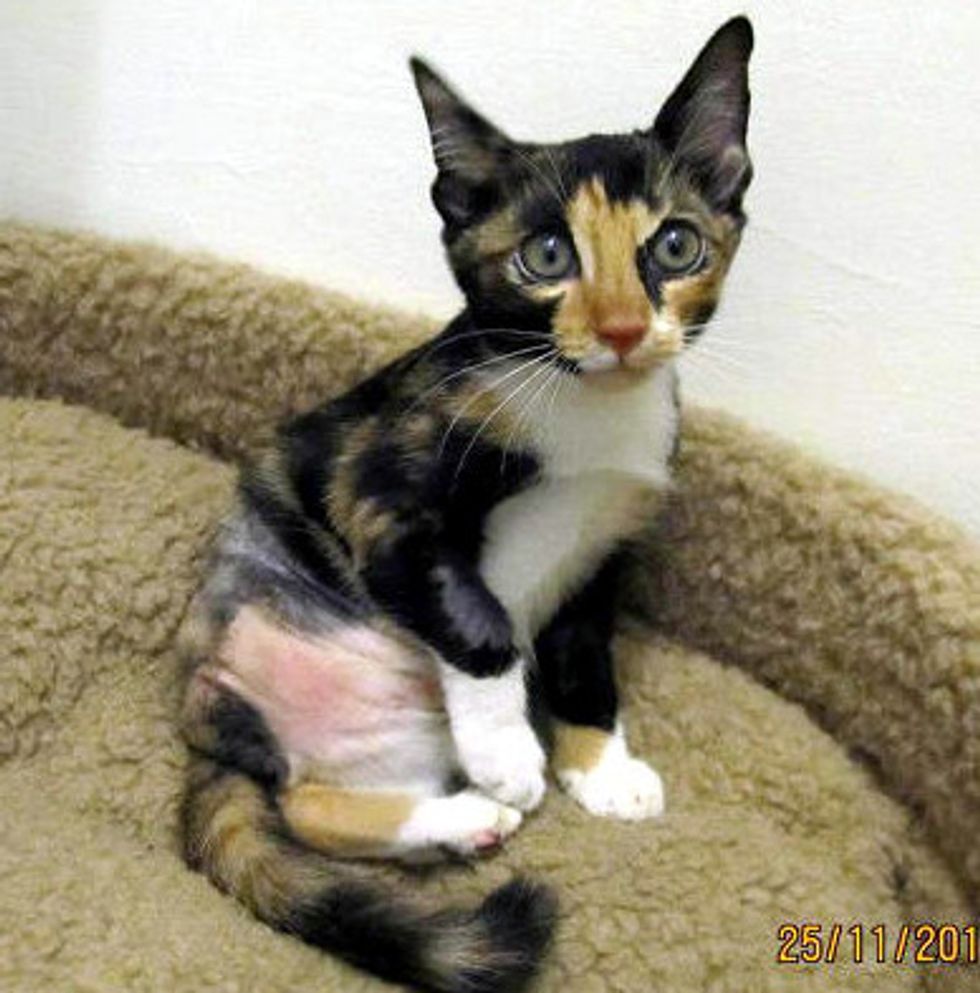 Her name is Noisy, a 3-legged calico who lost a leg, survived the dangerous outdoors but found someone who rescued her and gave her a place to call home.

"It happened two years ago. As I was walking to my office that morning, I heard a tiny meowing coming from one of the many cars parked in front of the office. I checked around and found that it came from an MPV," said Nazita I.

The owner of the car eventually found the kitten and removed her from his car, but left her by the roadside. The frightened little kitten ran under another car to take refuge.

Later Nazita heard the meowing again, but it came from under a hotdog stand which was closed for the day. "My colleague and I finally got the stray out, placed her in a box we found, and drove her to the nearest 24 hour vet," she added.

When they arrived at the vet's, they realized that part of her leg was missing. The vet explained that the kitten would require high femur amputation. "It was a very expensive surgery… I was faced with a decision which I have never regretted. I decided to adopt her. It was the best decision I've ever made," she said.

"My colleague named her Noisy because that was what she was. Noisy the cat is now a beautiful, healthy, funny, (and still noisy) 3-legged cat. I love her dearly."

Noisy the cat was found in a car. She was rescued and taken to the vet where they discovered that part of her leg was missing.

She needed an expensive surgery and someone to take care of her. Nazita who saved her, decided to adopt her. "It was the best decision I've ever made."

This is Noisy recovering at the vet's.

Noisy arrived home finally. She was happy and adjusting to her brand new life.