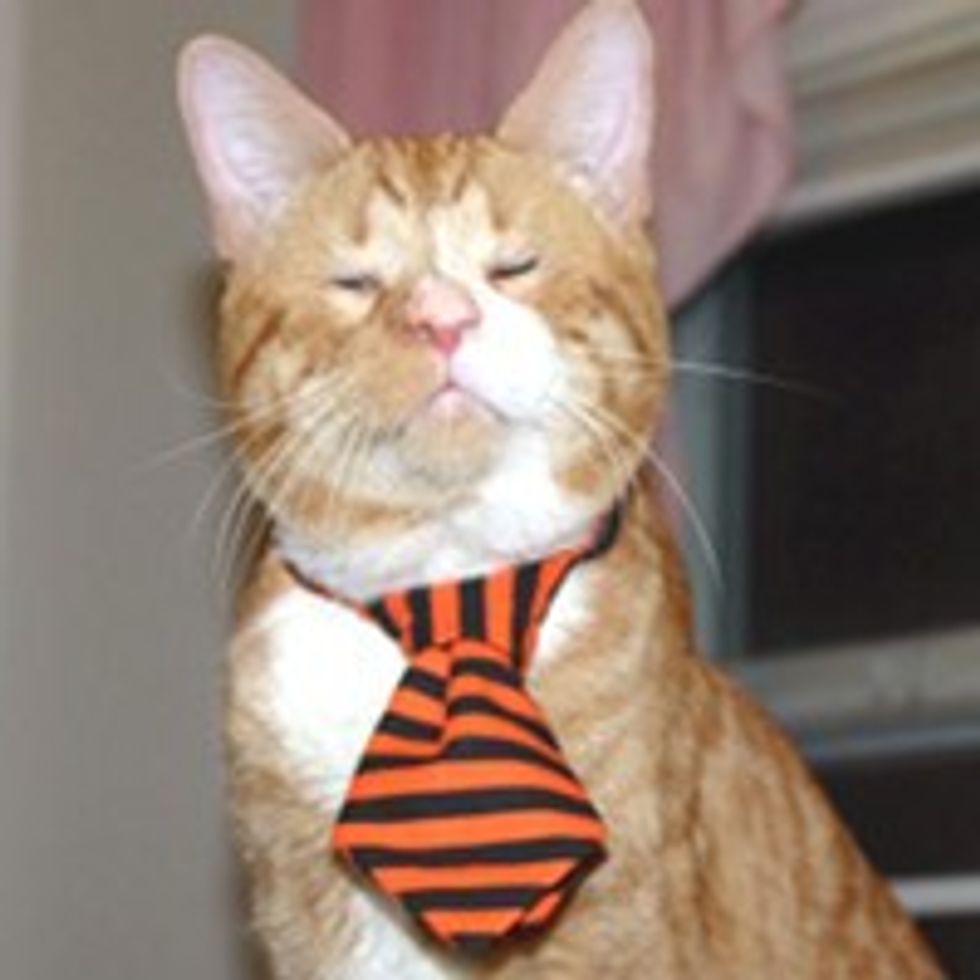 This special cat spent most of his life living on the streets blind. This is his story from a homeless stray who was on his last rope to a happy, healthy cat today.

"Mr. Magoo aka Gooey or Goo is a 1 1/2 -2 year old unneutered male that was found wandering the streets of Philadelphia PA. Mr. Magoo was different, he is a Special Needs Kitty who managed to survive living on the streets blind. Magoo has a birth defect in which his eye lids and his eyes did not fully develop," said Colleen Angstadt.

Mr. Magoo was picked up by animal control and brought into the shelter. "He was very thin, had a horrible URI. He was unable to eat much less breathe and was extremely dehydrated. Magoo was placed on Philly's Urgent Page and was in great danger of being euthanized because of being so sick and being blind on top of it," Colleen added. When Blind Cat Rescue & Sanctuary heard Goo's story, they shared it on their Facebook page, and Colleen went on a mission to rescue this special kitty.

"I spent 4 days calling different shelters (as he was transferred) talked to a dozen people... Finally Cara from PSPCA emailed me on a Monday and said he was there... saying the foster family never came and he was all ours!!! I was in tears I was so happy!" Then things took a turn for the worse. Goo fell sick overnight, and Colleen and her husband were not able to bring him home.

A few days passed, Goo wasn't getting better at the vet's, so they finally suggested the couple care for him at home, and everything just got better from there. "I cried when I first saw him all bloody and oozing, I knew right then and there we made the right decision, he needed us and we needed him," Colleen added.

"We brought our little man home and within 3 days he was so much better, I was amazed by his progress and his sheer will."

Goo continued to heal and put on weight. "Here we are 3 months later and watching him run around and play, it brings tears to my eyes as I remember picking him up from the shelter sick, bloody and listless. It still amazes me what love and nurturing will do for one's soul and well being!"

Goo is a fighter. This little Orange Wonder doesn't know what's like to see, but he is so happy for his new life. He knows he is perfect.

Mr. Magoo aka Gooey or Goo, the wonder cat who survived living on the streets blind

He loves his feathery toy and catches it with amazing accuracy

After a good scratching session, Goo lied down for a break