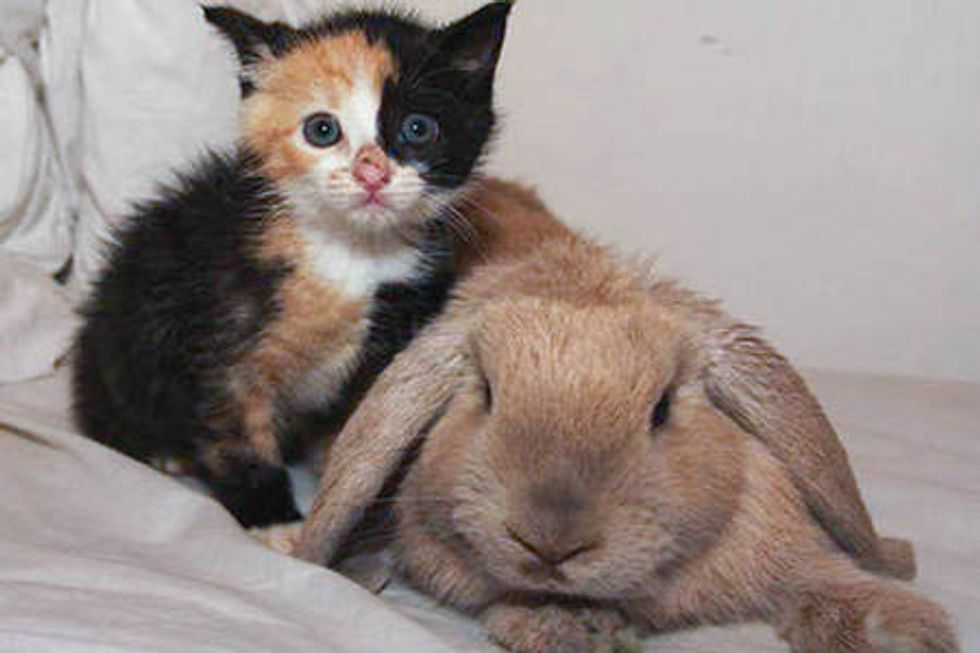 Stardust came to her new home as an orphan kitten without a mother, but she was adopted by two unlikely friends, a rabbit and a rescue former show cat.

Pikachu the rabbit has a soft spot for orphan kittens as Stardust isn't the only kitten he's adopted (See Pikachu and Willow the blind cat). When Stardust met the long eared 4-legged friend, she immediately clung to him.

"Pikachu is so placid, he just flops around while they climb all over him and nom on his ears. He's an only bunny so I think he likes the attention," lanadelrage of Reddit wrote.

Stardust also met Mr. Pancakes the cat who was rescued from a breeder. He had a rough past, and is now learning to be a house cat with some help from his little calico buddy. The two have become best of friends.

Stardust ignores laser pointers and other toys but she can't get enough of that tail.

Watch Stardust play with the tail: