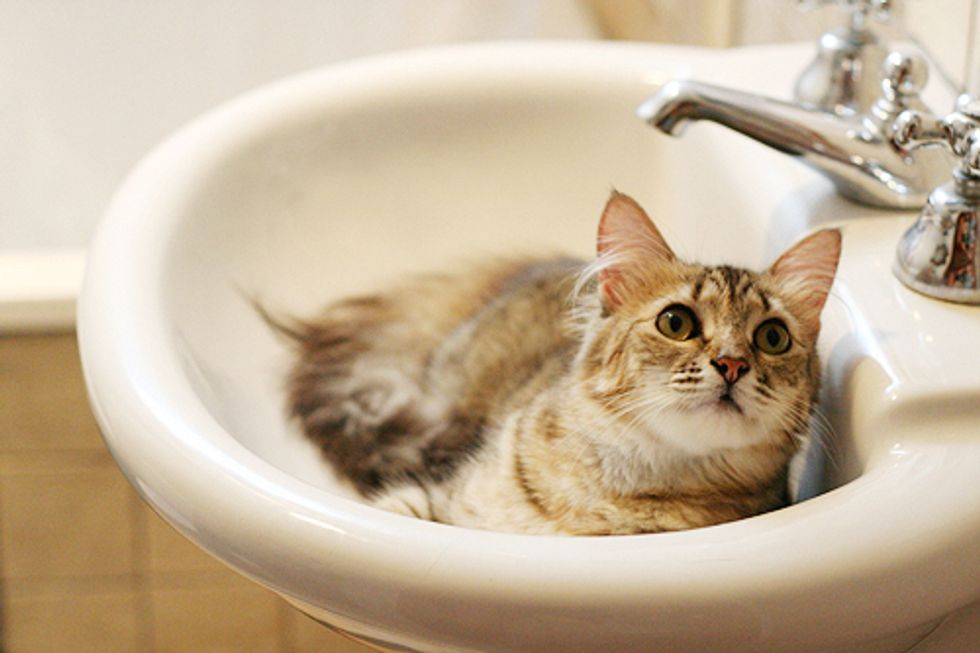 Pashmina was wandering on the street on a Sunday night, hoping to get something to eat at the nearby restaurants. When she first met Giane Portal and her boyfriend, they were on their way to a birthday dinner. As soon as they sat down at a pizza place in the outdoor area, the tabby cat came to greet them by jumping on their lap :).

When the dinner was over, they decided to look for Pashmina's owner and make sure that she had a home. However, to their surprise, no one claimed her. The couple then took Pashmina home with them.

Giane was fostering a few other cats she rescued at the time, so Pashmina was a bit intimidated by them and stayed in the bathroom most of time. Goku one of the cat residents, was not so pleased with Pashmina taking over the bathroom, but eventually things worked out.

Pashmina's first adoption fell through, but soon after, a lady named Isa came to see her and immediately fell in love. A week later, she was on her way to her loving home . Today Pashmina is living happily at her forever home with her mommy Isa, daddy Normam and a brother Prospero.