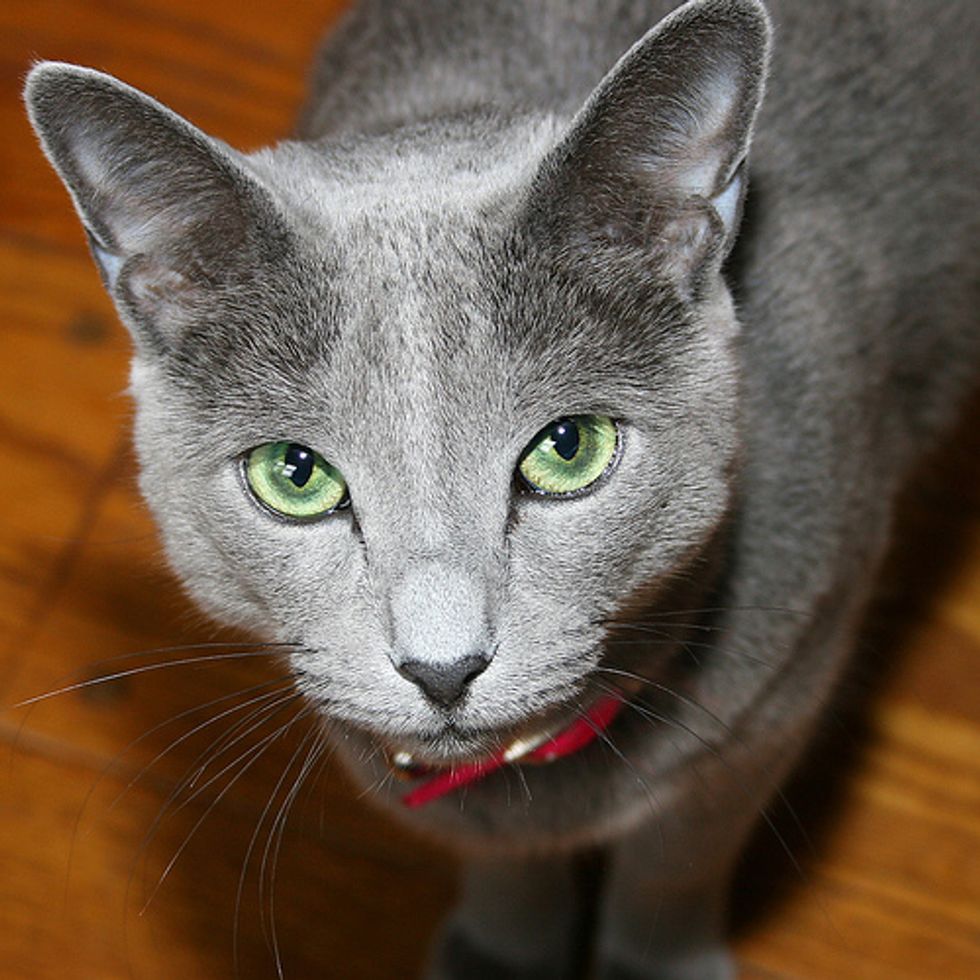 A 10 year-old cat named Carmen with many health problems turned herself into a terrorizing feline, frightening everyone in the household and literally forcing her owners to take refuge behind a bedroom door.

Rosa Davila recounted that her cat suddenly became violent and started making strange sounds. When she tried to sooth her cat, Carmen went off attacking her son, Victor Marte, a 27 year old young man. Eventually, he managed to get into the bedroom with a few scratches.

Davila attempted to coax the cat into the bathroom, but it was to no avail. She then made her escape to the bedroom and dialed 911 for help.

When she was on the line with a 911 operator, Davila stated that she could hear her cat shrieking outside the bedroom door and they needed help because their safety was at stake.

The police was expecting to capture a wild cat such as a bobcat or lynx, but to their surprise, it was an angry domesticated 16-pound Russian Blue.

The house was filled with policemen as if they were there to catch a giant predator. Davilia was weeping when recalling the attack.

Carmen was diagnosed with borderline diabetes and a thyroid condition. She started experiencing severe mood swing and craving food every five minutes. Davila was not able to afford proper medical treatment for her cat, so allowed Carmen to eat as she wanted. Her rapid weight gain put a huge toll on Carmen's health, making it unbearable for both the cat and the family members.

Medical problems can alter a cat's personality and cause unpleasant behavior. It is never a cat's intension to attack their love ones. Diabetes and thyroid disease can force the cat to act very differently. These cats need immediate medical treatment from a veterinarian.

Carmen was taken to the Manhattan Animal Care and Control Center to be held for 10 days. It is possible that the cat will be put for adoption since Davila is not able to handle the financial burden for Carmen's medical treatment.

Kitten Holds onto Person Who Gave Her a Chance at Life, and Becomes Affectionate Little Hugger