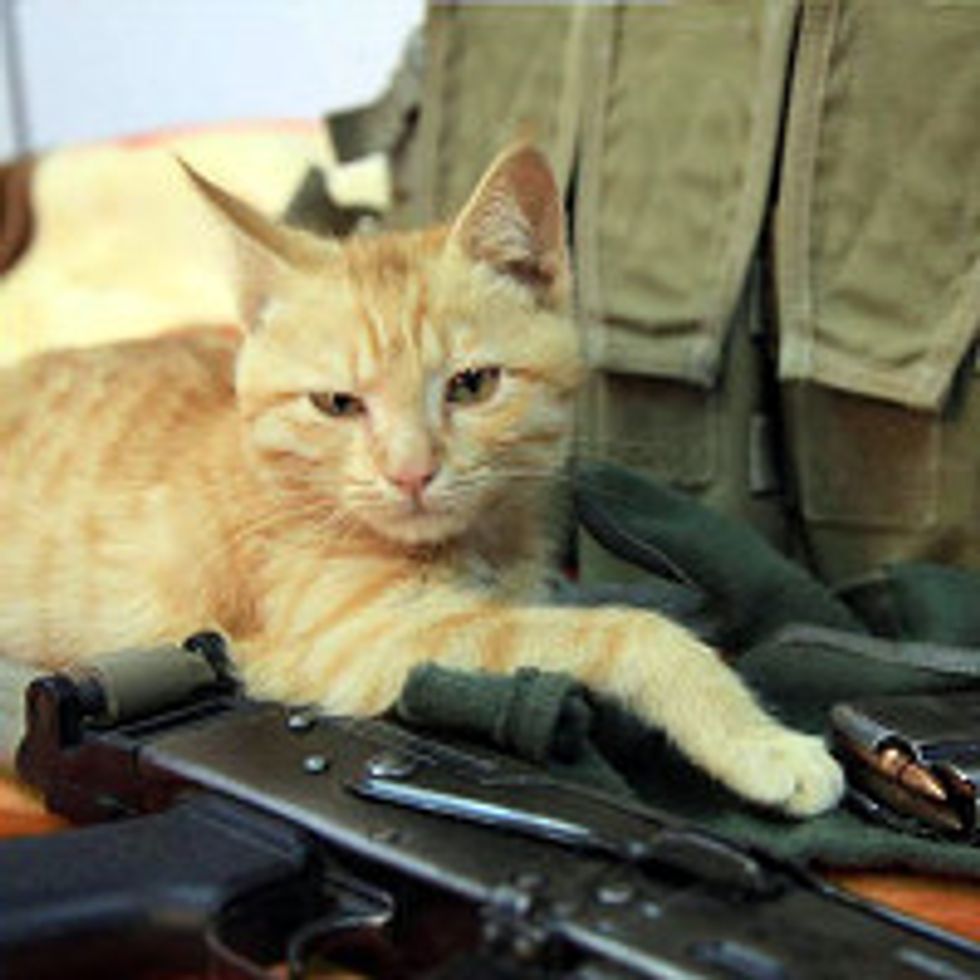 Rescue Afghan Kitten On His Way To His New Home

AK Kitty, a little ginger stray, found in Helmand, Afghanistan is on his way to his new home in England thanks to soldiers that saved him and gave him a second chance at life.

“He was abandoned by his mother and the only survivor of a litter. He was found in a garbage sack being poked and kicked by some of the local guards. He had a huge wound on his belly that most did not think he would survive but the little guy is just like the famous hardy rifle we named him after! And thanks to people like Steve S and Dave J who provided him with food, shelter and protection the little man still has faith in humans and so much affection inside him,” said Ben Soden on Facebook.

“AK was like our little dog. He became so reliant on humans he would follow us across camp to the chow hall and would sleep in different team members rooms for the night. The camp has several big tom cats… so we would have to nurse his wounds and cheer him up occasionally….But a bowl of coconut milk (he loves the stuff!) and one of his little mouse toys would see him charging about causing chaos again,” he added.

AK Kitty is is finally on his way home, and landing in the UK soon! He brought a sense of peace and comfort to everyone around camp. "Our camp in Helmand is much more quiet without him."

"I won't be able to see him in person for a few months more (I am now the one stuck in Afghanistan! hahaha) but i am real excited about him going home and thankful to EVERYONE that helped out," Ben added.

Despite his sad start in life AK Kitty is a beautiful little boy who loves snoozing on people’s laps and following them around. He is happy to be loved again and loves back even more in return.

AK Kitty, an orphaned kitten, had a rough start in life, but saved by soldiers deployed in Afghanistan and given a second chance at life.

The little guy is helping out on his human friend steve's computer! He always has to be involved!

On his way home now!

Thanks to Nowzad, a non profit animal rescue organization based in Afghanistan and all the people that donated to their fund, AK Kitty is on his way to his forever home in England.