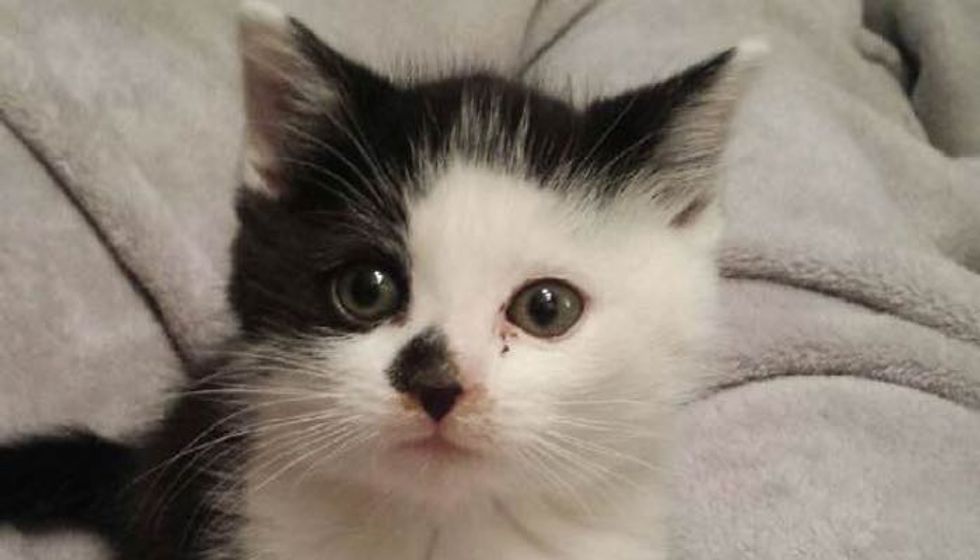 This black and white rescue kitten who had never been held before coming to his foster home, now can't stop cuddling his humans. He is the biggest snuggle bug they have ever had.

He was just 5 weeks old, hissy, sick and very scared.

Calvin, a polydactyl cat, was just 5 weeks old, hissy, sick, and scared when they brought him into their foster home. "I got him as a foster with his brothers. They were sick, semi feral, and too younger to be adopted," enicknick wrote via reddit.

"They were so scared when we got them. They were taken from a hoarding house. I don't think they had ever been held," she added.

Then things began to change...

Slowly, the kittens started to open up to their foster family when they learned that their humans aren't so bad. When Calvin was held for the first time, he was hooked and became a complete love bug.

They knew they couldn't give up on him for adoption, so they decided to keep him and one of his brothers. "There were three brothers that we fostered. My brother wanted to adopt one when they were ready and we kept the other two. We named ours Calvin and Hobbes."

Look at those thumbs! He loves cuddling with his human in their lap.

They couldn't part with kitties so they adopted Calvin and Hobbes.

He's come so far since the day he was found.

What a second chance can do... Share this story!