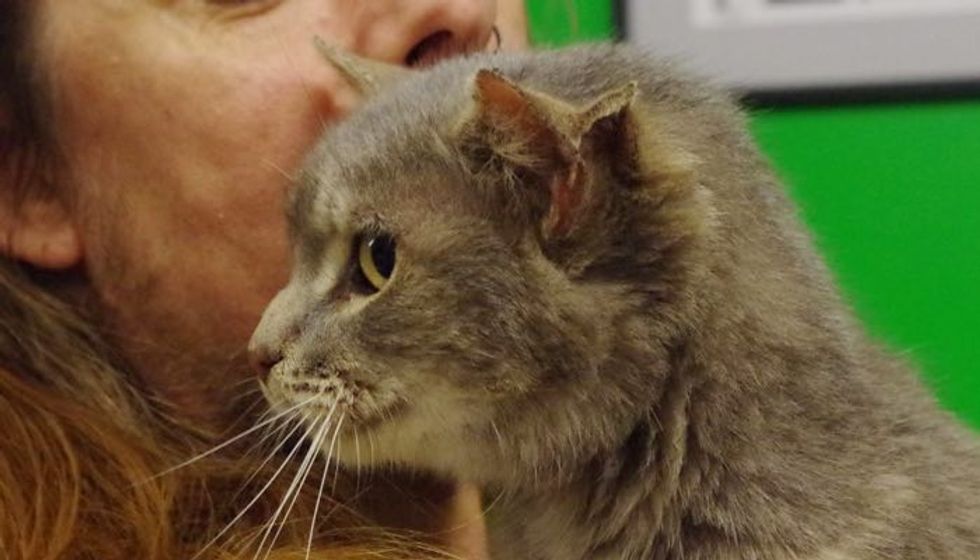 Rescue Cat with Three Ears Has More to Love

They have cared for plenty of cats with one eye, three legs, six toes and even cats without a tail, but they have never seen a three-eared cat until now.

Feline Care Cat Rescue told Love Meow: "It's really unusual and not something we have seen before, or our vet who has been in the profession for over thirty years. We do not know the cause but obviously it is some sort of birth defect..."

They found Brian after a neighboring store reported that someone set off its security alarms. The rescue group set out traps but were surprised when they saw Brian the cat and his extra ear.

"He's been setting off security alarms further down our road at A&B Tyres for several days and they finally caught him in one of our traps earlier. We expected it to be one of our own cats who's been causing problems (usually is!) so this handsome mature gentleman was quite a surprise to us!"

"We've named him Brian for now but we're hoping that he's not another dumped pussy cat and that he's just got himself lost. He's obviously very distinctive with his extra little ear so someone must be missing him or recognize him?"

"He’s in a bit of a tatty and skinny state. He’s been in the wars a bit and has a fractured canine tooth and ear mites so he obviously needs looking after.

"We see all sorts of cats here but Brian is by far the most unusual, he is something special."

"We have had suggestions of Captain Kirk or Spock because he's got a left ear, right ear and a final front ear," they said. "We think we'll stick with Brian."

If Brian's humans are not found then he will be put up for adoption.

Share this story and help a shelter kitty find their forever home!