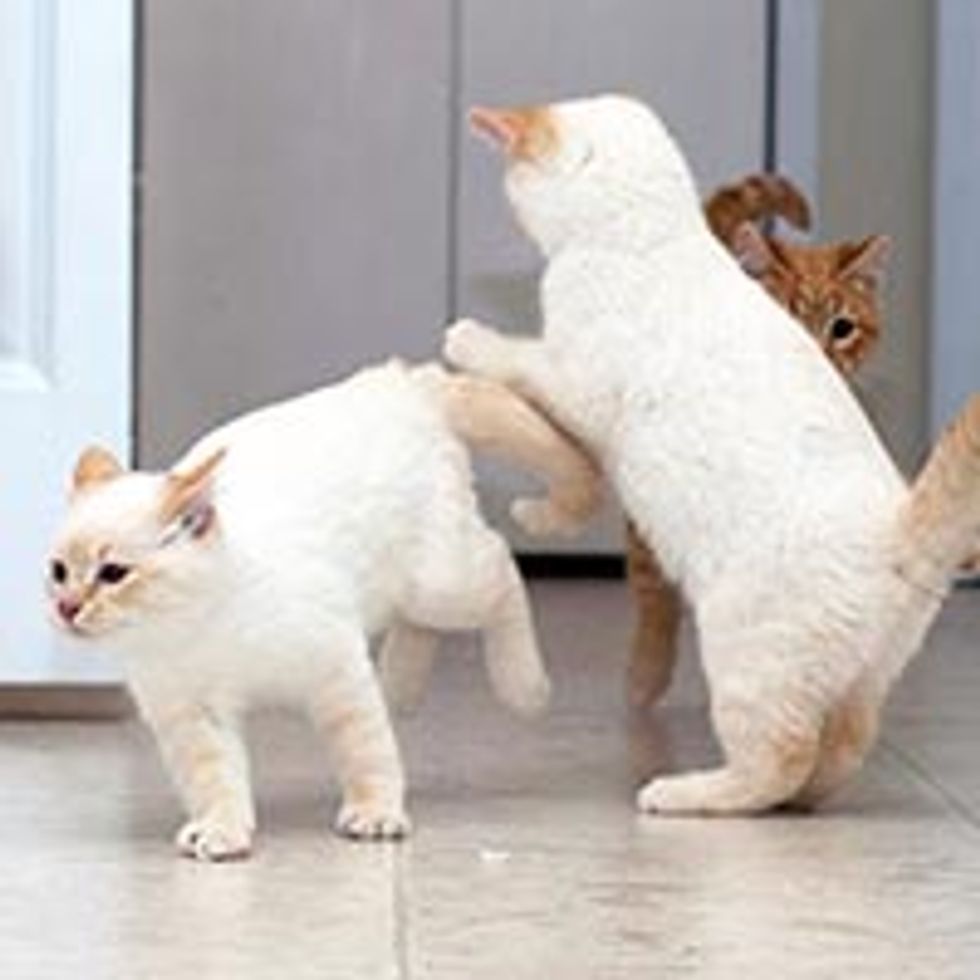 A litter of farm kittens found their way into a second chance at life, thanks to a woman, Fran Wylie, who rescued them and is caring for them out of her own pocket. Initially, she thought there were four kittens, when she returned to check the humane trap, she discovered more.

"It turned out that there are 5 kittens after all," said Fran on her flickr. "We didn't know there were 2 orange kittens. But I trapped them both together, so it was a surprise discovery." Her initial worries of not having enough room for all 5 quickly dissipated as she worked diligently caring for the farm kittens everyday. The bathroom was a little crammed at the beginning, and the kitties were very timid, but with help from the resident cats Alice and Petra, they slowly came out of their shell.

"Everything is so new for these kittens. They are afraid of the door when it moves and they had to learn to use their litter box. One actually used the food dish for it's litter box, one time. They seem to have all of that under control now and are getting the hang of being in a house. They are afraid of me, but if I sit still while they are active, they will come right up to me and try to peek past me at the rest of the house. The one whitish one is very shy and I have hardly seen him/her come out at all while I am around, but the other 4 are more brave.

I am pretty sure the orange tabbies are both males and I have tentatively named them Mario and Luigi. I cannot tell them apart so both are Mario and both are Luigi for now, ha! The whitish one that is not so shy seems to be a female and if so, she is Mabel. I named her after Mabel Lake which is near Vernon, British Columbia... I feel these kittens were born around the time I was in the Okanagan, so I wanted to name one in honour of that occasion. The shy whitish one, I may call Yoshi and the grey/brown tabby does not have a name yet," Fran wrote.

Fran is getting the kitties spayed and neutered and has started finding homes for them. She has been working on rescues on her own for the kitties around the farm. Alice and Petra are two of her rescues that she couldn't part with. 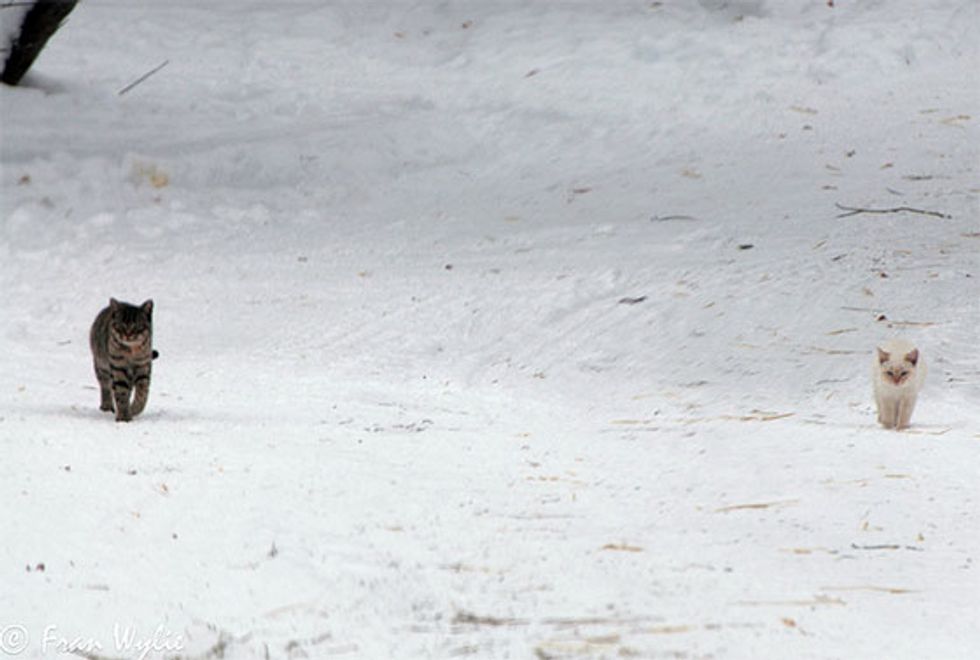 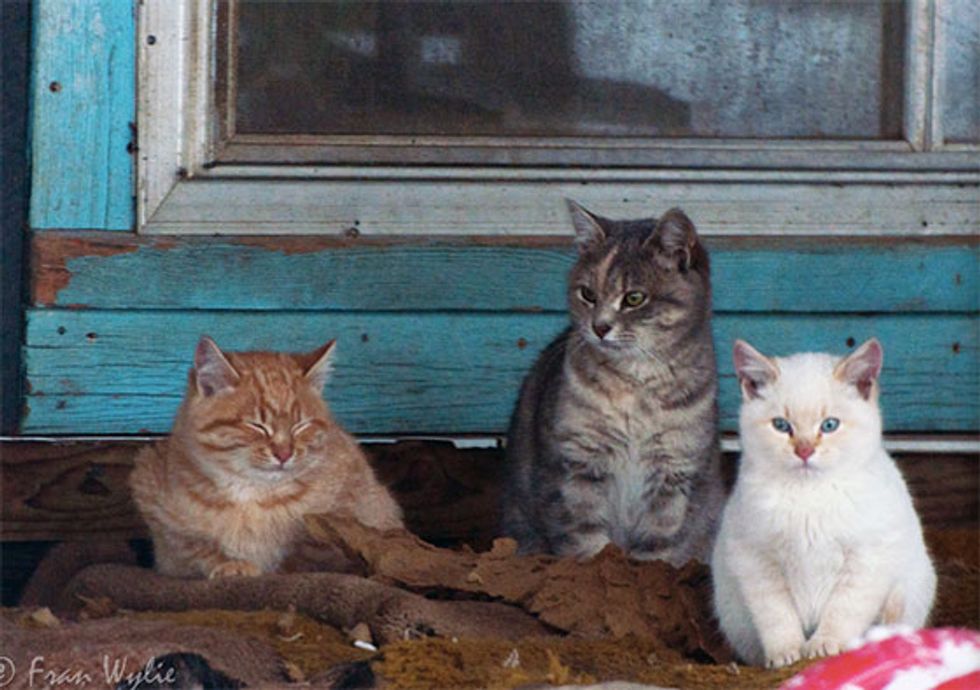 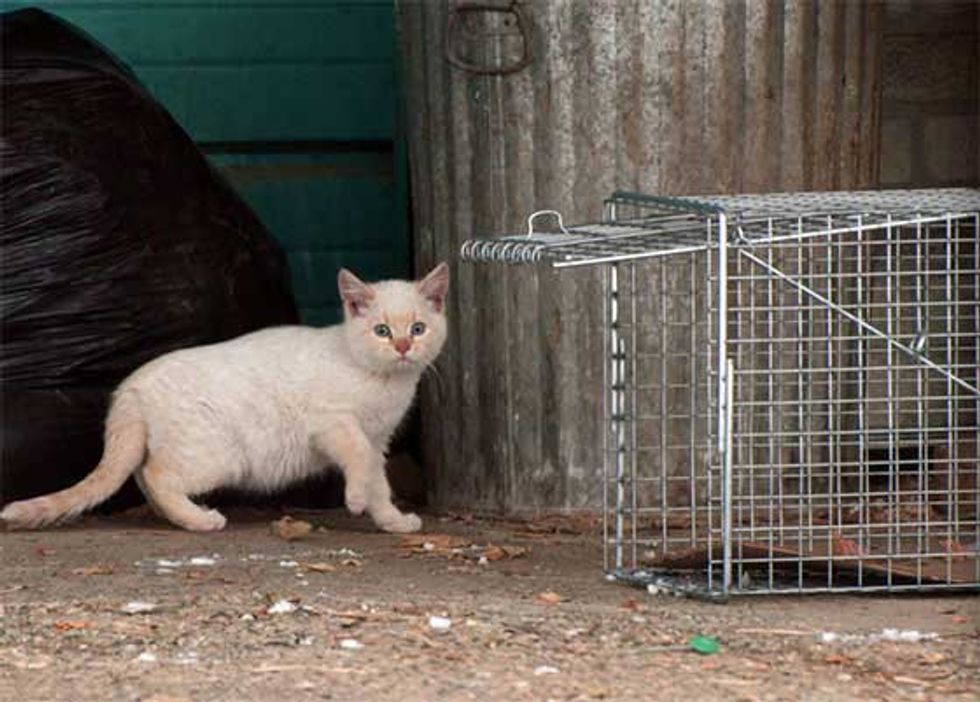 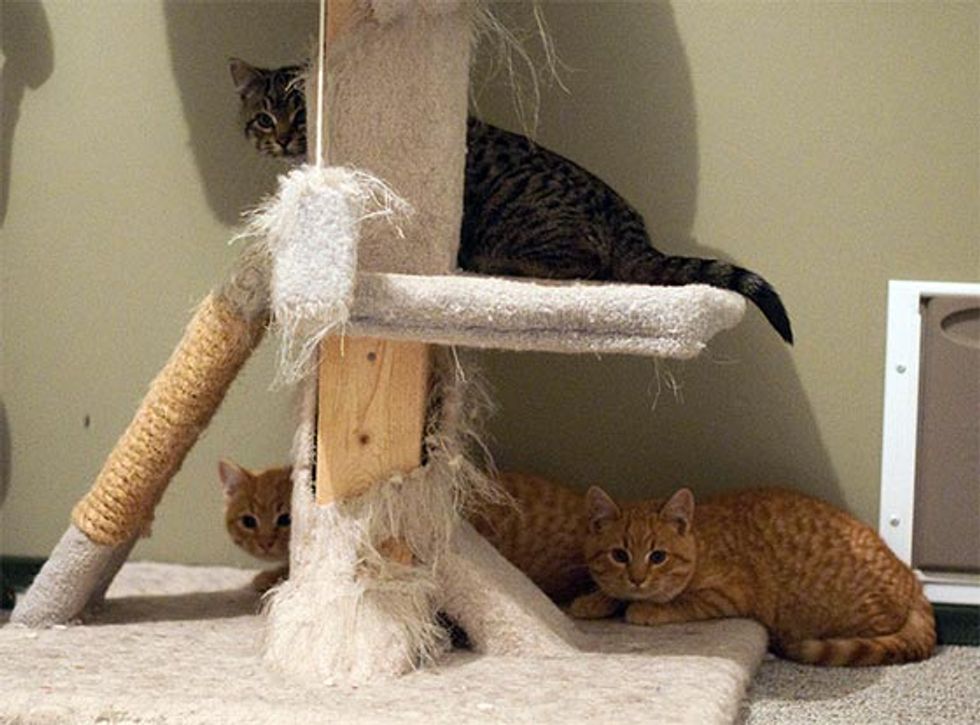 They are slowly coming out of their shell 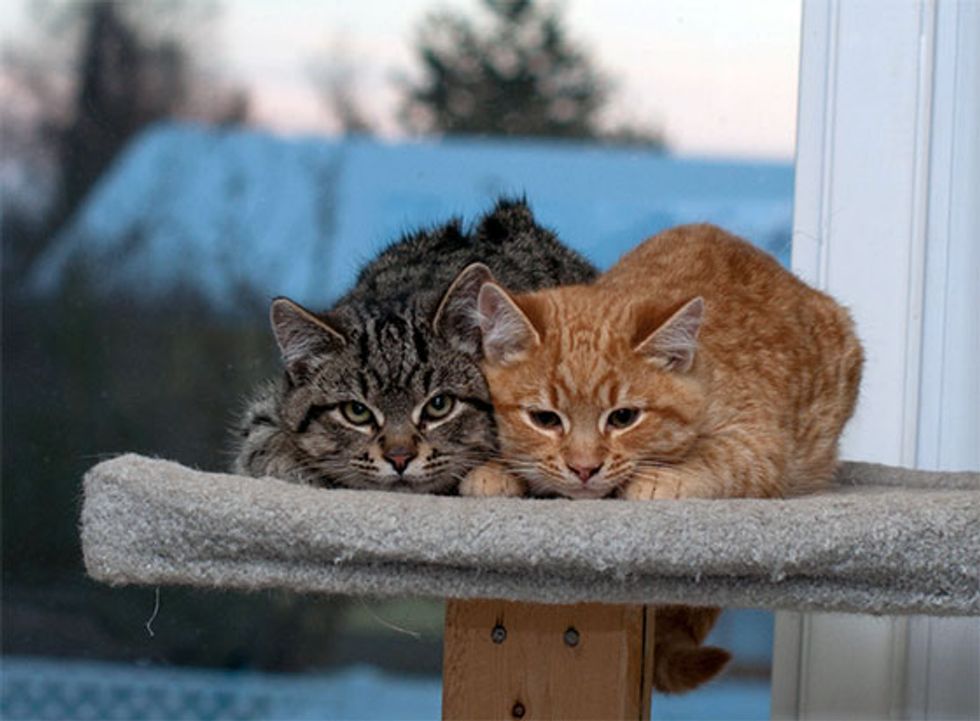 Alice, the resident cat, is already hard at work, making friends with the newest kittens. 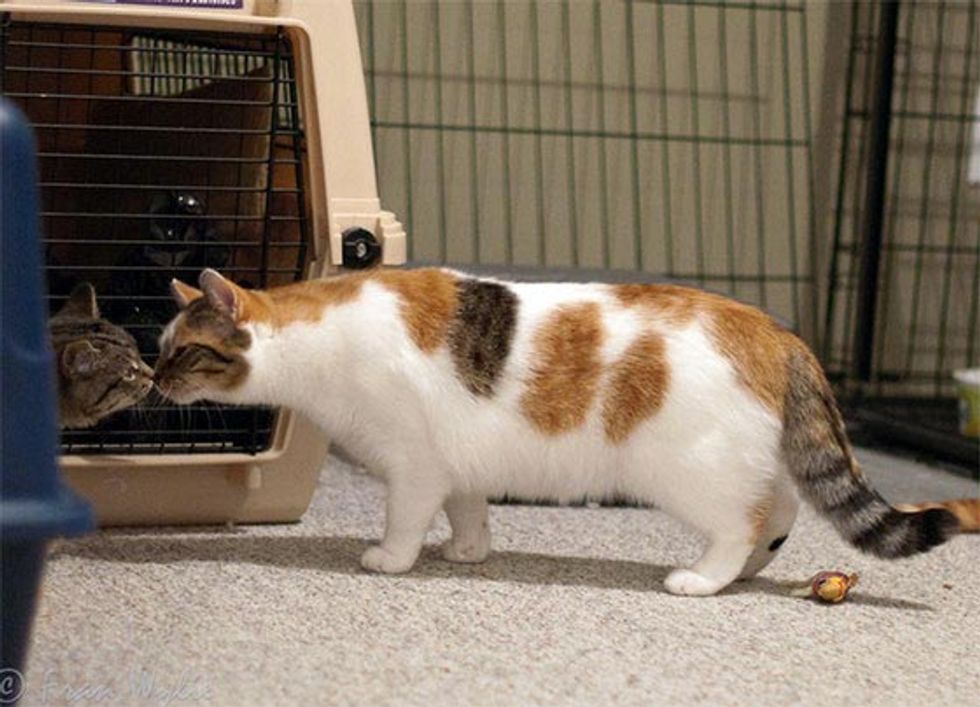 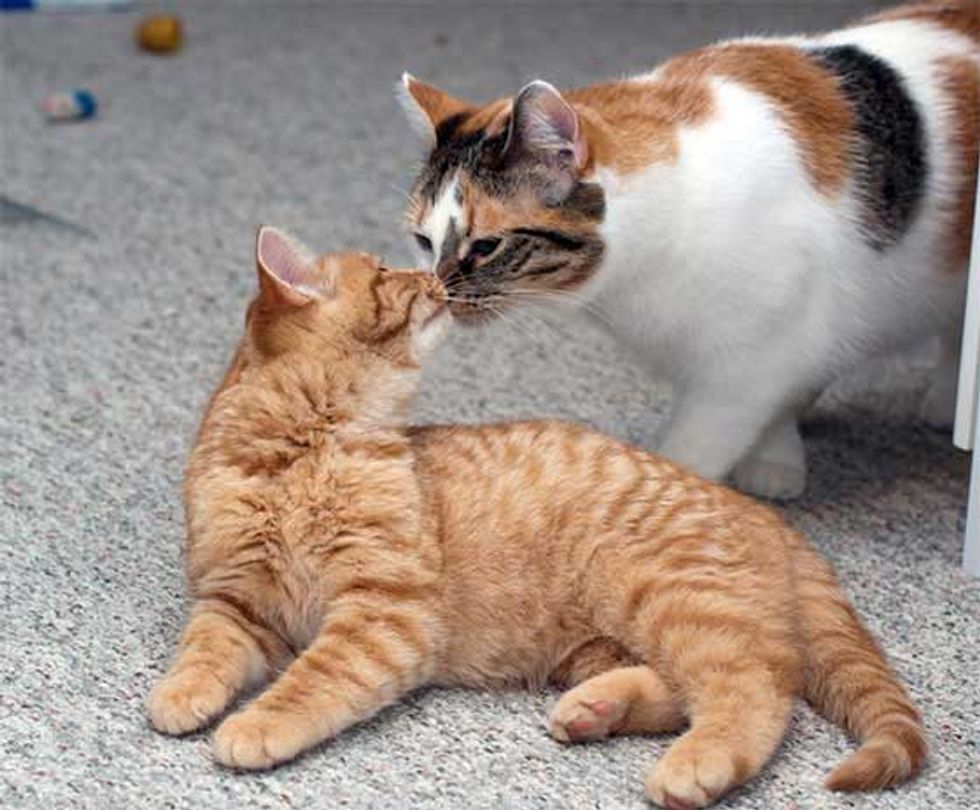 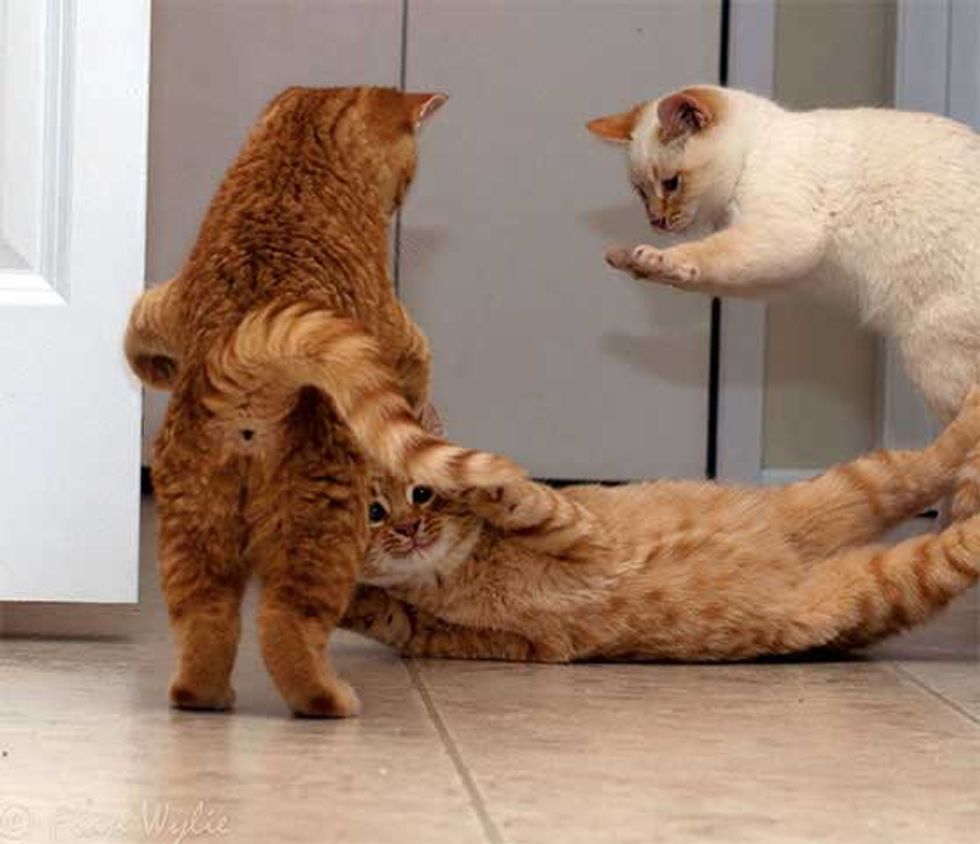 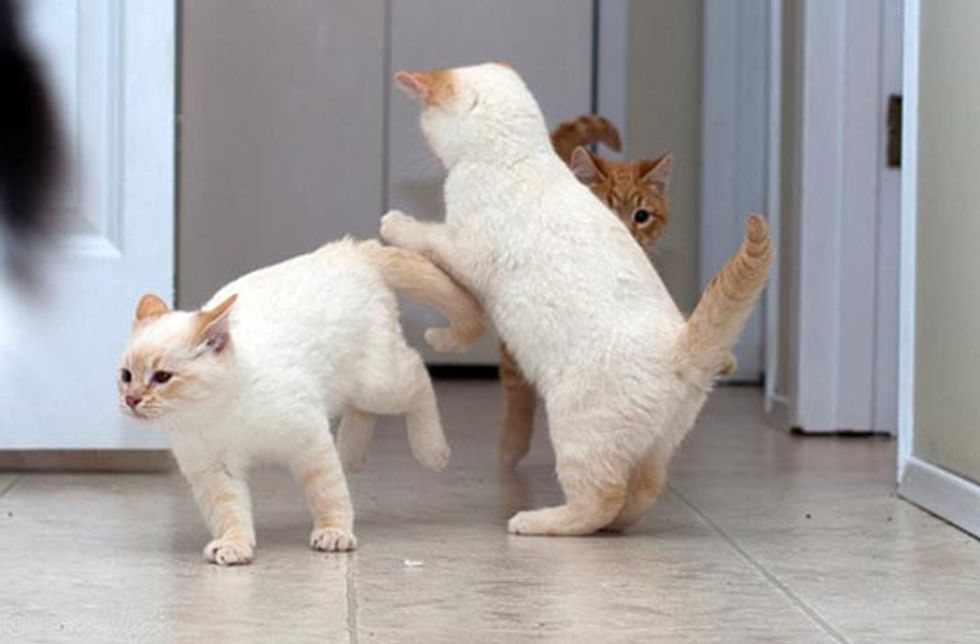 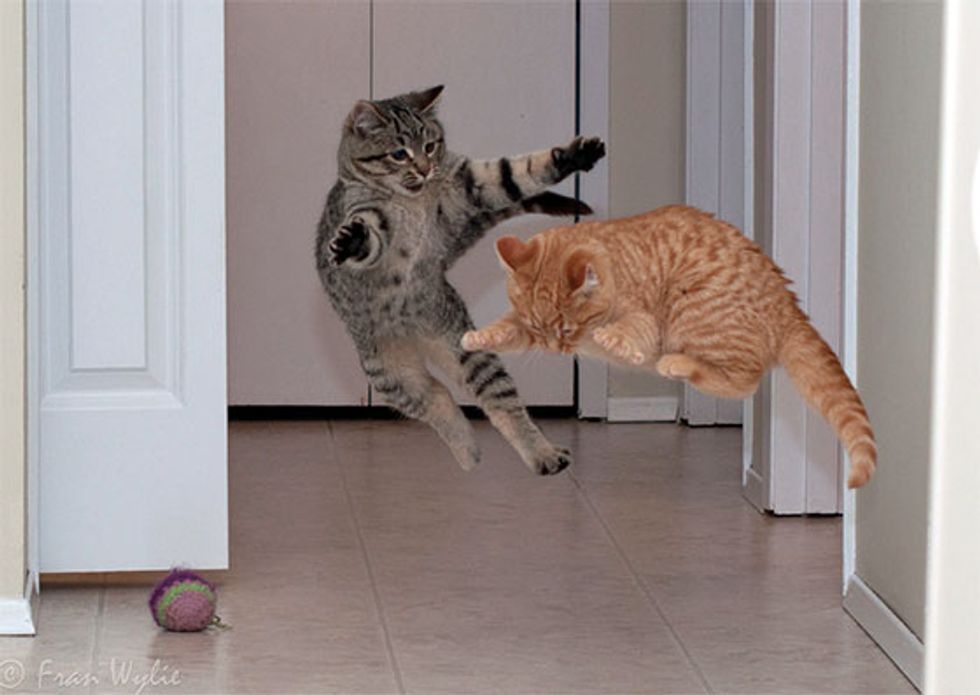 All 5 rescue farm kitties. Fran wrote: "The shyest one is starting to come out more. I have reached into the carriers they hide in and I have petted most of them. They don't like it. One of the orange ones (I don't know which) is pretty outgoing and is not too scared of me." 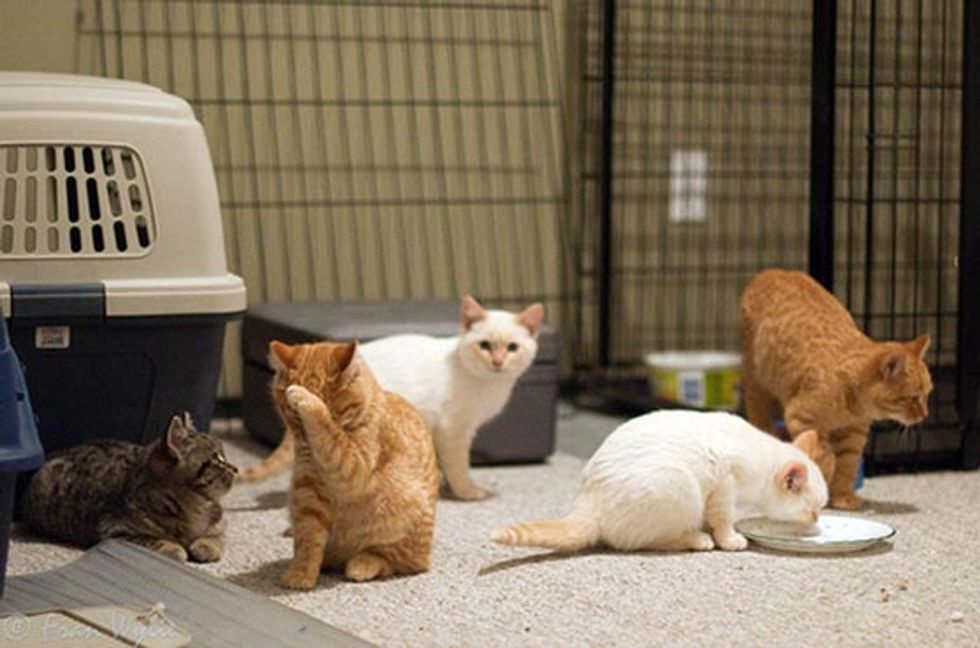