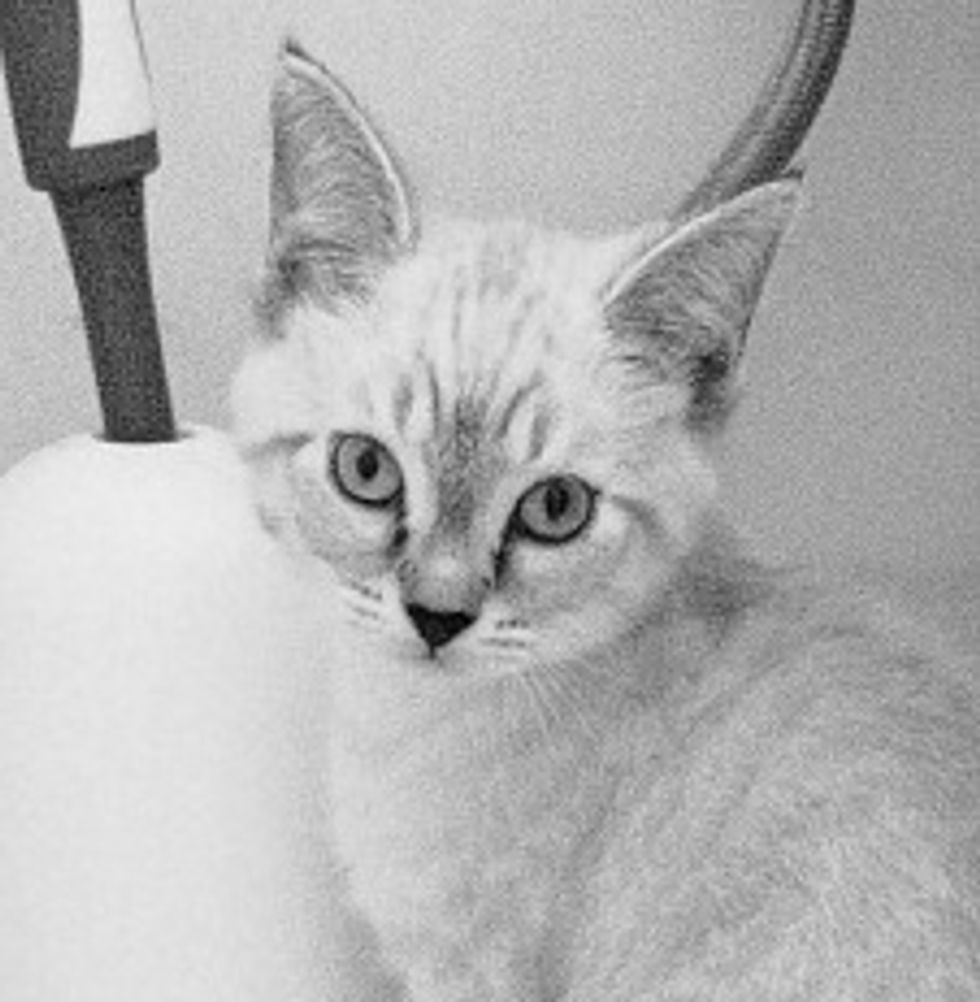 Lauren found a lovely Siamese rescued kitten from a local shelter via petfinder.com. "He was rescued from the city shelter in Baltimore. We met his foster mom in Philly and decided to bring him home."

The kitten was given the same name as a basketball player, Steve Nash. After he arrived, he immediately turned his new home into a playground. He gave his new parents different facial expressions for almost 22 of the 24 hours after he got there. He was soon introduced to Charles Bronson, a black kitty. It didn't take long for them to befriend each other.

"They spend most of their time body-slamming each other and galloping over our faces. That said, they do seem to be enjoying themselves."

When Steve was ready to get fixed, he wasn't so nervous after all. "The tiny cat was considerably more comfortable with being neutered than we'd expected him to be. He pretty much got home, wiggled out of his mini e-collar, and got back to being adorable."

The little one plays hard and sleeps hard. "He goes from sixty to zero in tree seconds flat."

Steve is a great helper for mommy when she needs a hand. "He is big on climbing into my grocery bags and stealing receipts. It works for me."

Guess what Steve's favorite toy is. It is a honeydripper. Somehow it is a very great toy for him to practice teething. Little Steve has grown so much since he came home the first day. He is a big boy now :).