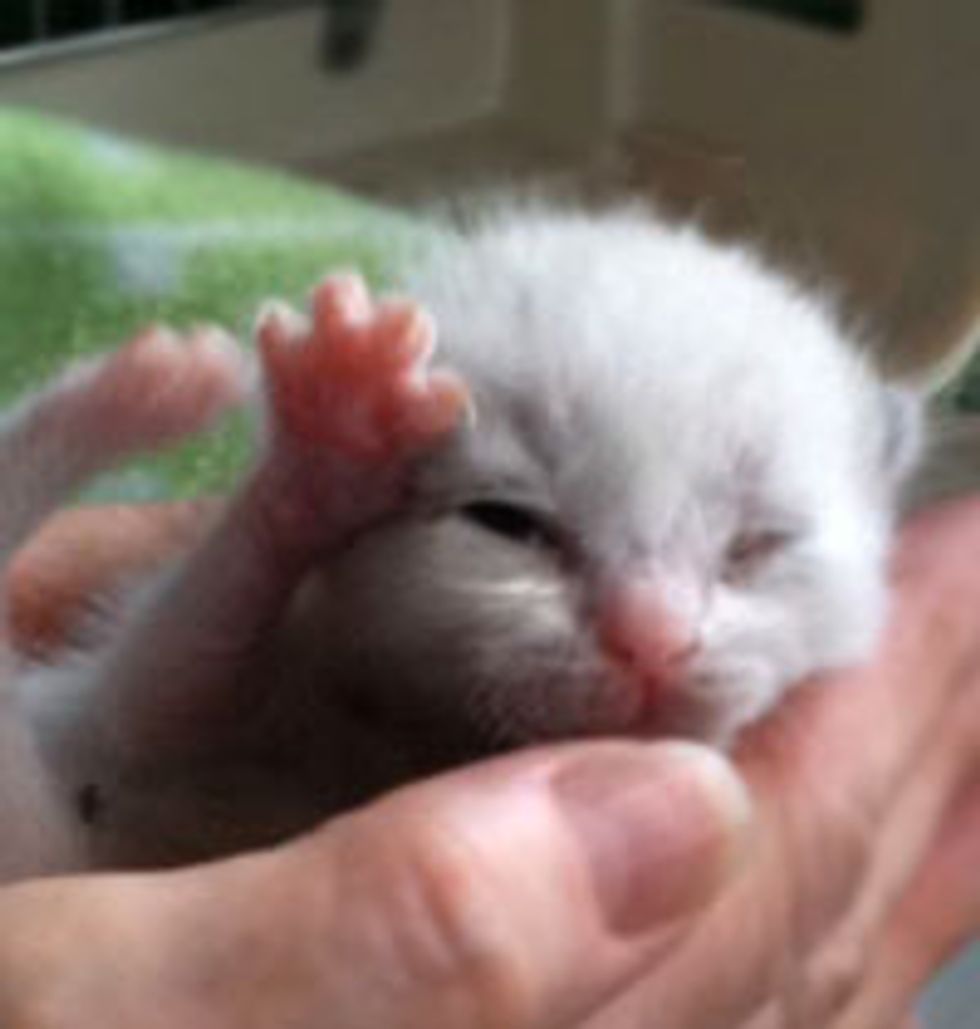 Rozza the Cat Wobbles to Happiness

Rozza may not have the best motor skills and is a bit different when he walks. He has cerebellar hypoplasia, a neurological disorder, but this little guy has such spirit that has uplifted the hearts of many.

"Rozza was rescued in Greenpoint, Brooklyn. A woman was walking a friend's dog and noticed the dog was carrying something in his mouth. She thought it was a rat, but it turned out to be a tiny kitten less than a week old... The woman rushed him to the vet who told her to get a bottle and formula and try to feed him. When she went to Muddy Paws for supplies, Robin referred her to me. I took him in and have cleaned him up, removing the fly eggs from two wounds...," said Lisa Vallez, animal rescuer from Brooklyn, New York.

In just 2 months, Rozza got much bigger, stronger and more defined markings on his face. He is eager to play. Pouncing, bunny kicking and wrestling with toys are within his daily routine. He is not afraid of exploring and investigating new things around the house. Rozza plays just like any other kitties, and is so upbeat that everyone from the rescue group became his biggest fans.

Rozza doesn't think he is any different from other cats. To him, a bit of wobbling is not a big deal. He is happy and loves his life to the fullest.

Kudos to Lisa V., Kim, Stephanie S., Orangegenius and those who helped foster Rozza. Rozza has been adopted to a wonderful couple. Here is a video of Rozza wrestling with a pink leg warmer: