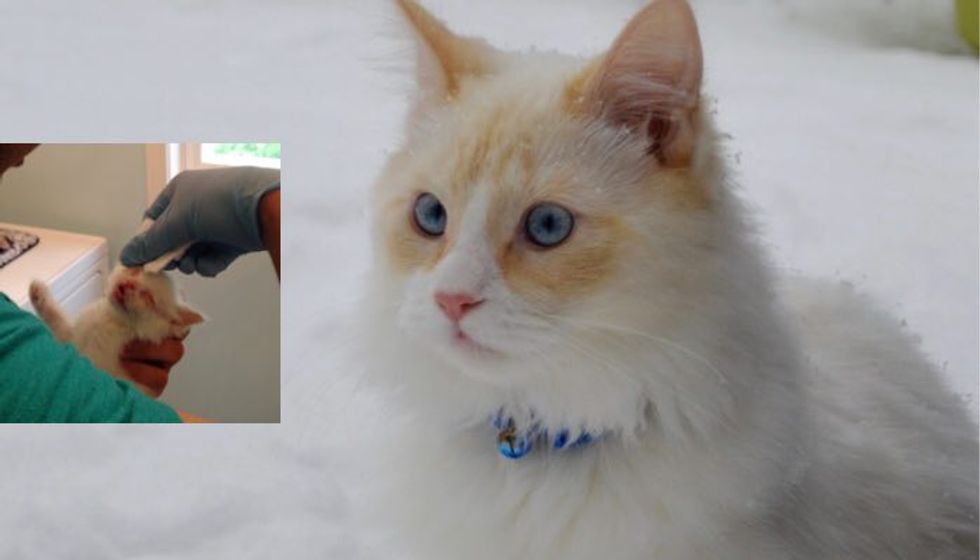 Almost a year ago, they found a tiny sickly kitten in a bush, hopelessly meowing for help. His eyes were gummed shut and he was just skin and bones. Look at him now!

His first snow! He loves it!

"We adopted him after he and his littermates were dropped in a bush! He had an eye infection, and we didn't know what else he might be carrying, hence the gloves. His eyes were gummed shut by gunk every morning for the first two days we had him," reddit user Jombo65 said.

They named him Steve after Stevie Wonder because he wasn't able to see for a while. They nursed him back to health. Steve is now perfectly healthy and can see just fine!

When they found Steve as a kitten, he couldn't see.

They nursed him back to health! His eyes healed up and he could finally see!

All grown up now! Look at that fluffy tail! Steve is loving his first snow!

What an amazing transformation! Share this story with your friends!