Shelter Kitty Won’t Let Go of Her Best Friend When She is Adopted, A Week Later..

Two rescue kitties found each other at the shelter and became inseparable friends. They are completely and utterly in love! 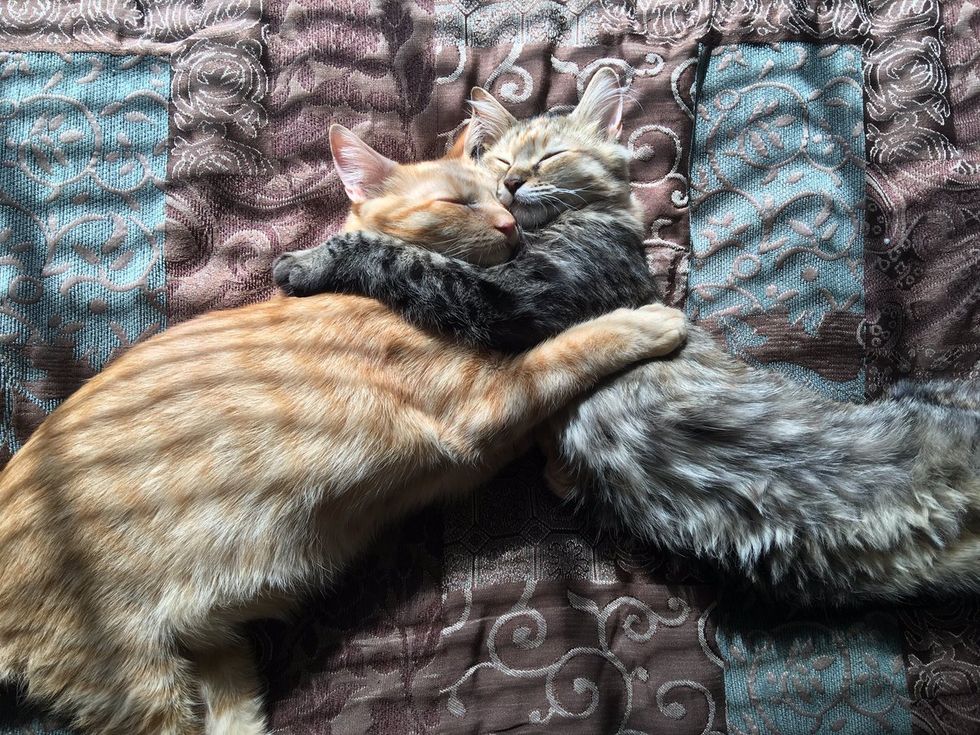 When these two kitties crossed paths at STAR Rescue in Gainesville, FL, they began to cuddle. One of them came to the shelter alone, and she clung to her best friend and wouldn't let go.

"Luna is a brown and orange Maine Coon and Louie is an orange tabby," James (@JamesC0nquer), the human dad, told Love Meow.

"When we adopted them, they were extremely close off the bat. They liked each other more than they liked us."

Before James found these two best friends, he and his girlfriend went to the shelter to look for a dog, but ended up taking both kitties home. 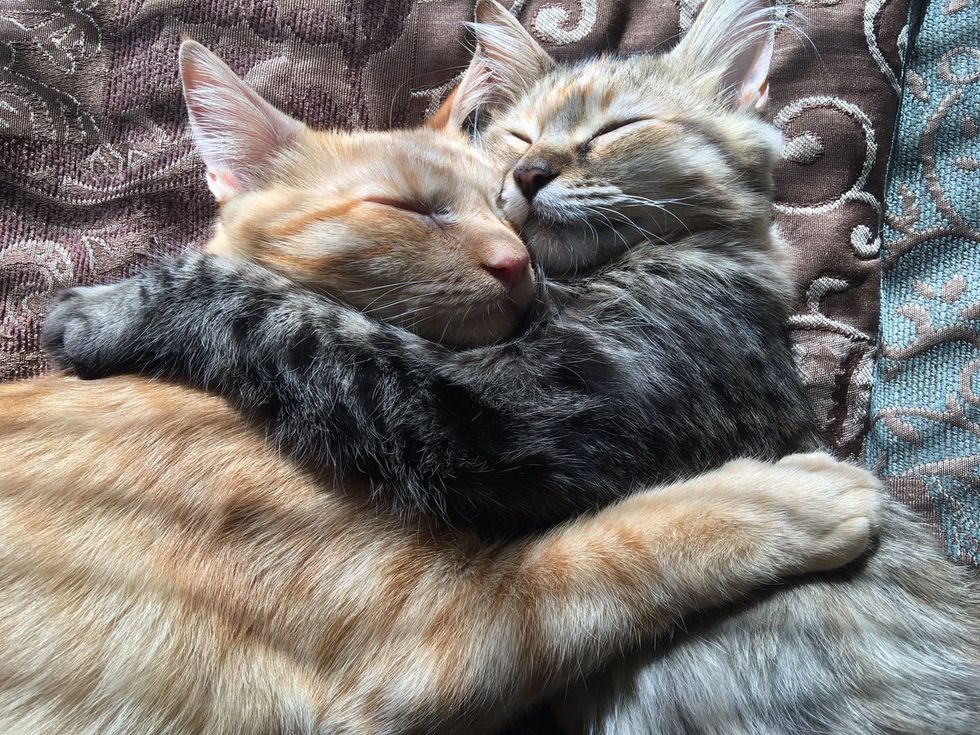 "We went in looking for a dog but we live in an apartment and both work full time jobs that keep us away from home a lot and dogs require a lot more attention," James told Love Meow.

"So we decided that getting a cat would be the better route, because I've had cats my whole life and I knew what it took to house one and everything." 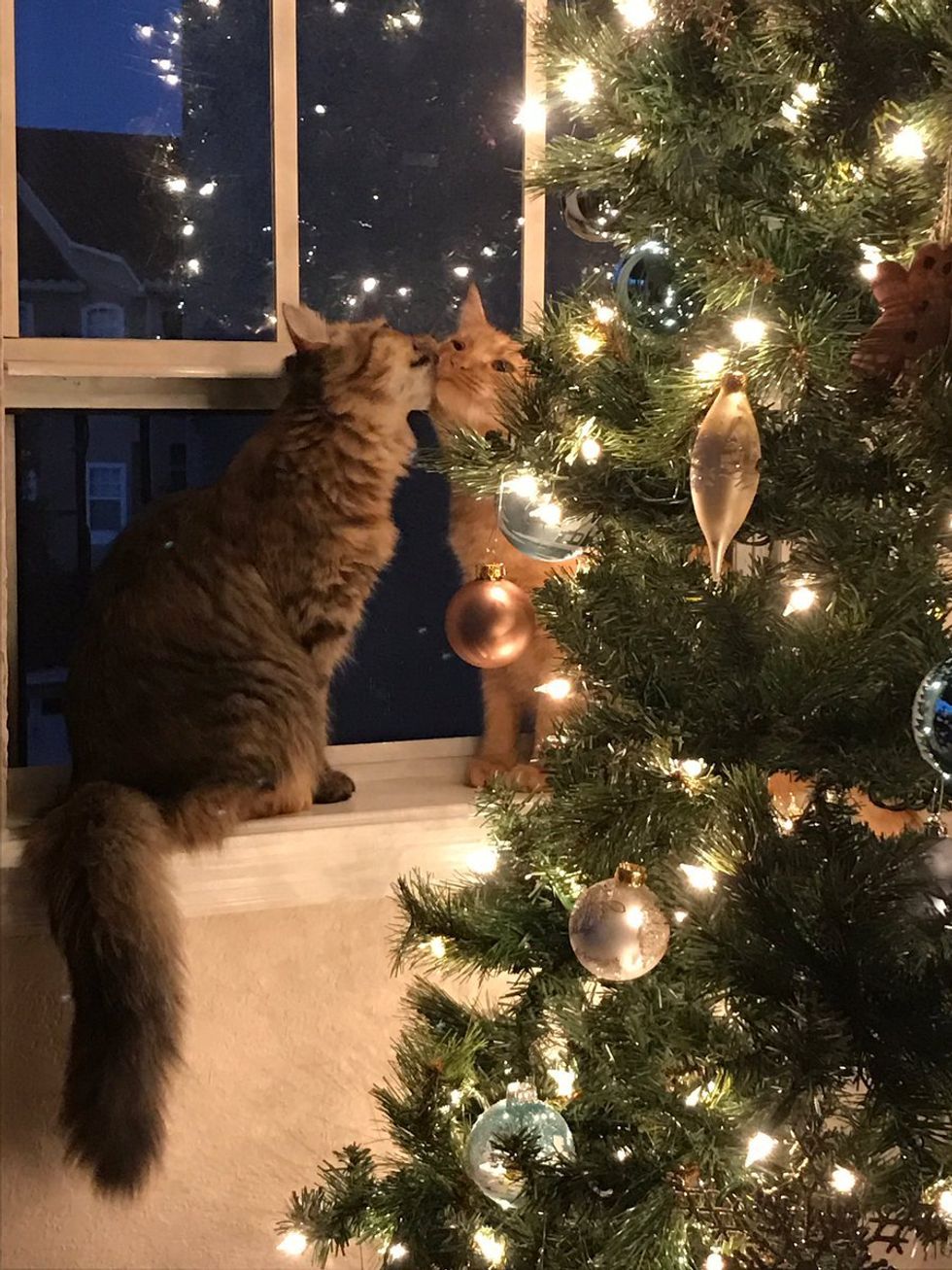 "My girlfriend saw Luna and fell in love. We went back two weeks later and she was still there."

The couple knew they couldn't leave the shelter without the little torbie girl that day, but Luna didn't want to go without her best friend. 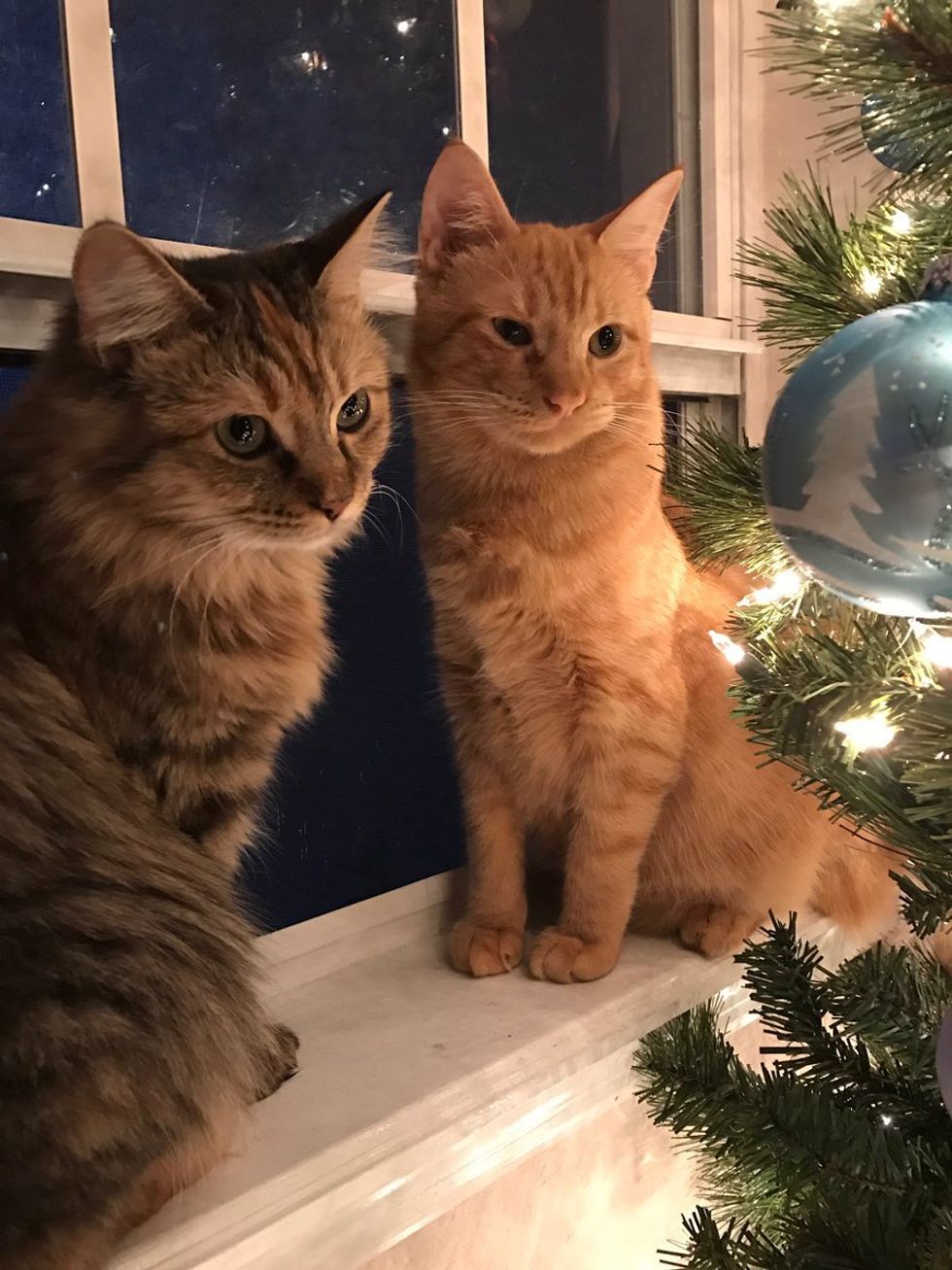 Luna was with Louie and his siblings the second time they were there. The couple decided to "foster" Louie so Luna could have a companion when she was adopted.

Hours after they arrived in their new home, it was apparent that these two buddies could not be separated. 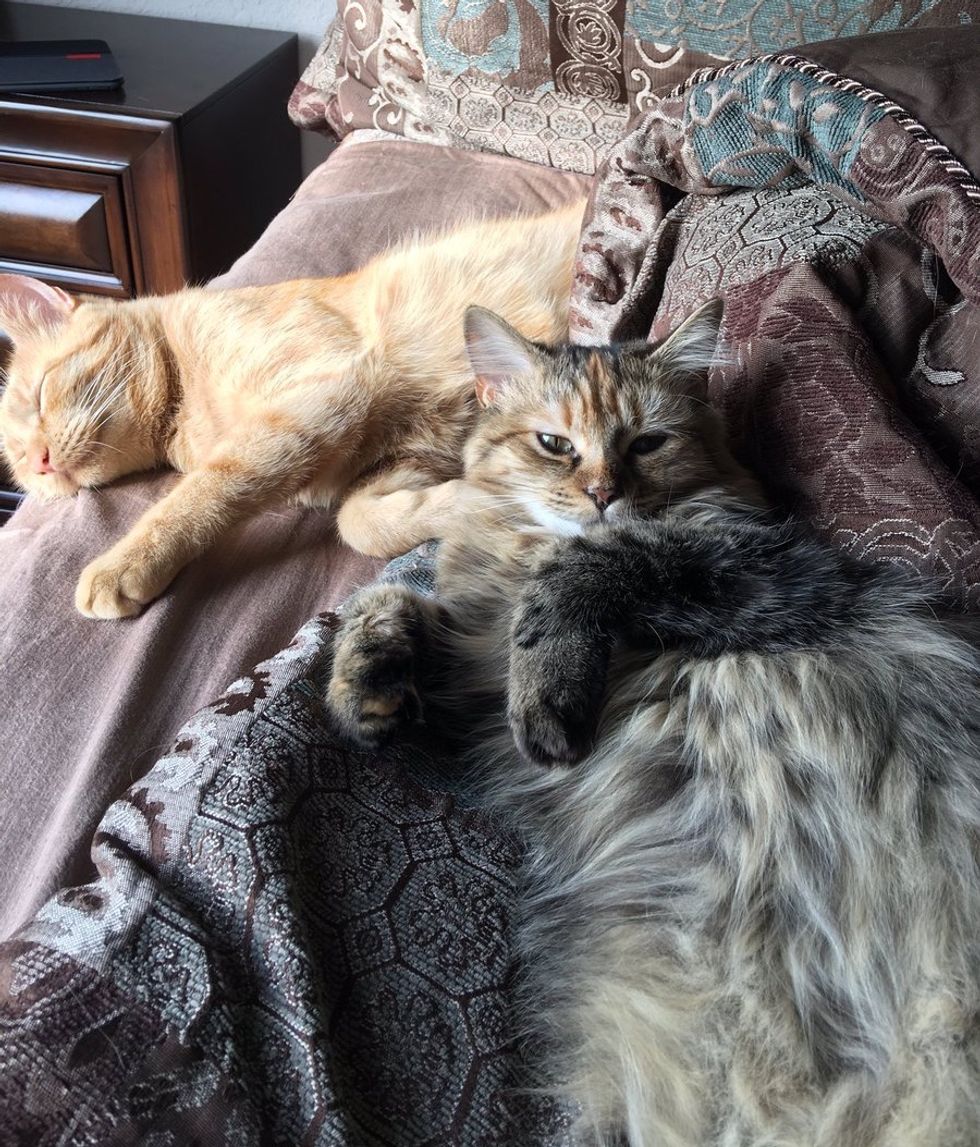 "We couldn't let go of Louie after seeing how 'at home' they both were together."

A week later, Louie became a permenant part of the family, and the two will never be apart. 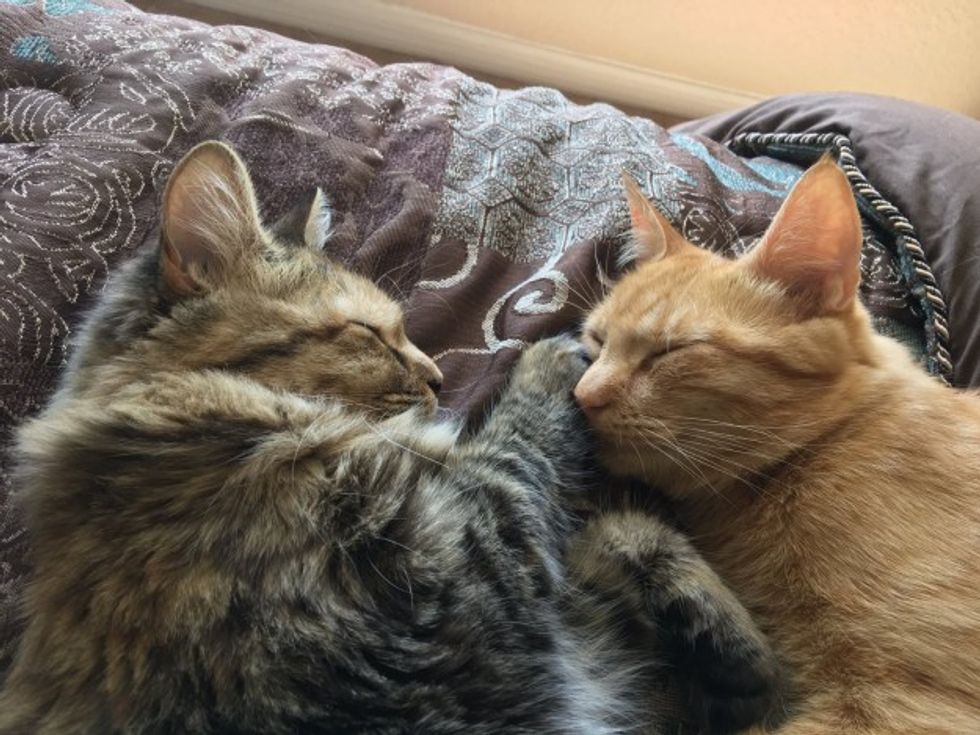 "They love to take care of each other and nap together. They do everything together," James told Love Meow.

"Rescue cats are more appreciative of their adoptive owners, especially the ones that have been in shelters for extended amounts of time." 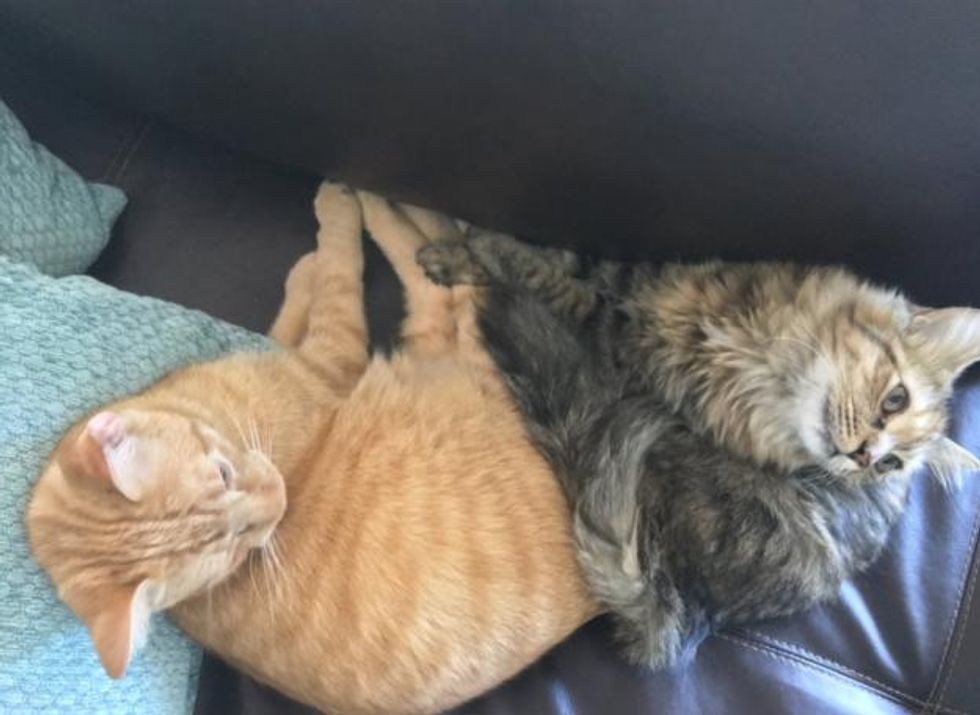 They share an inseparable bond, even though they aren't related. "They've spent the past few days just laying around our Christmas tree," and giving each other kisses.

Love is in the air! 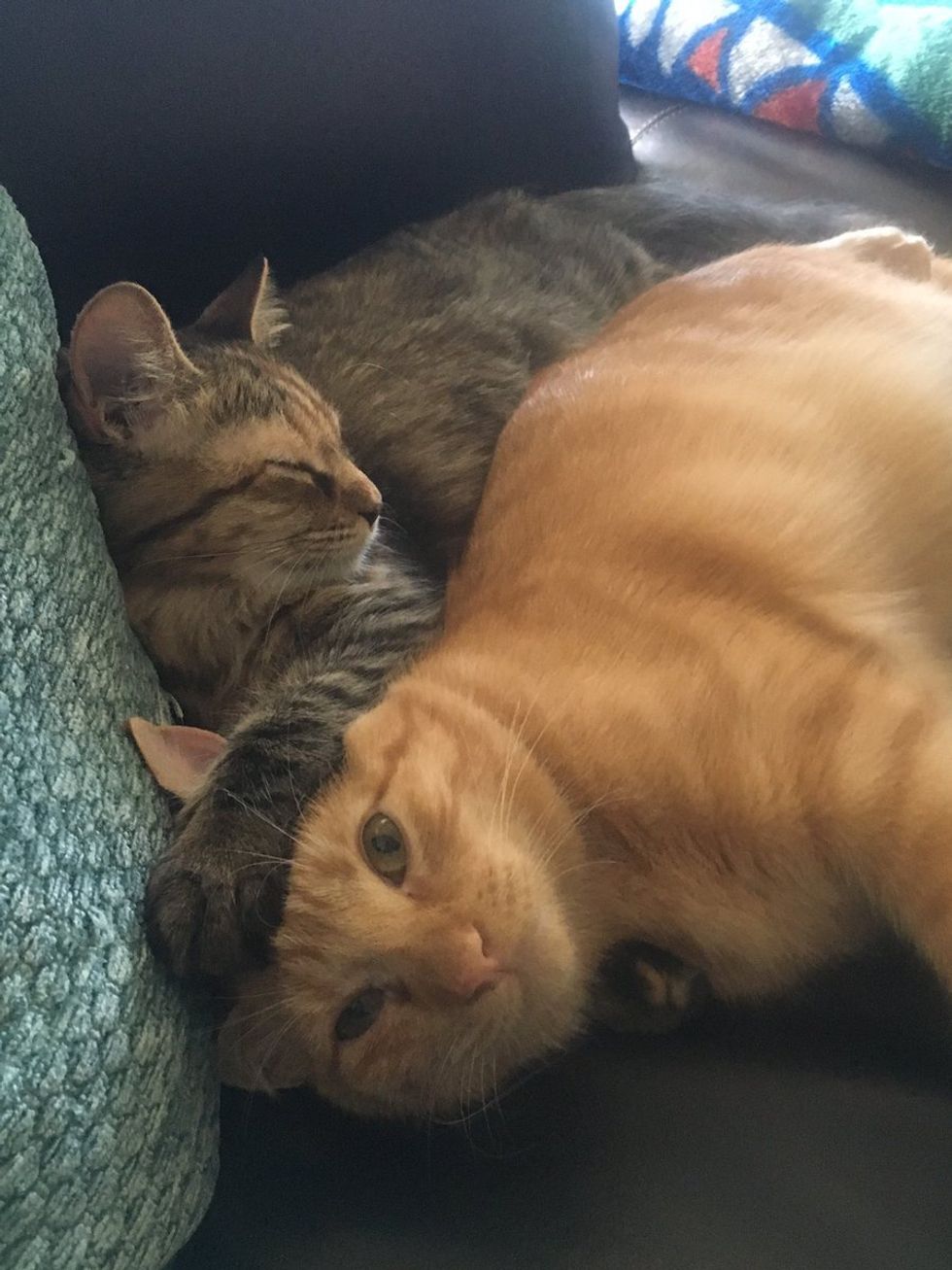 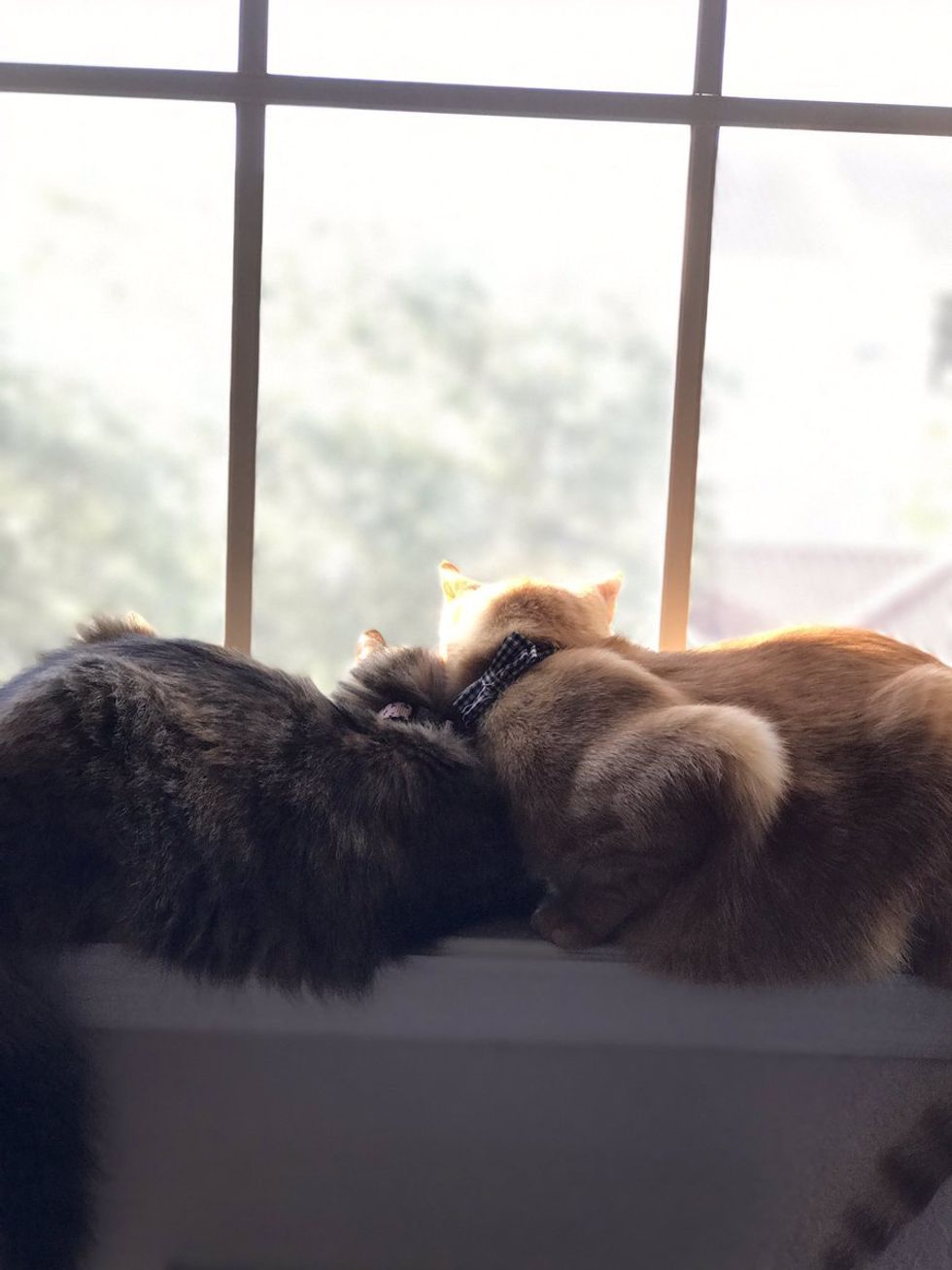 Share this story with your friends! Adopt kittens in pairs, double the love!