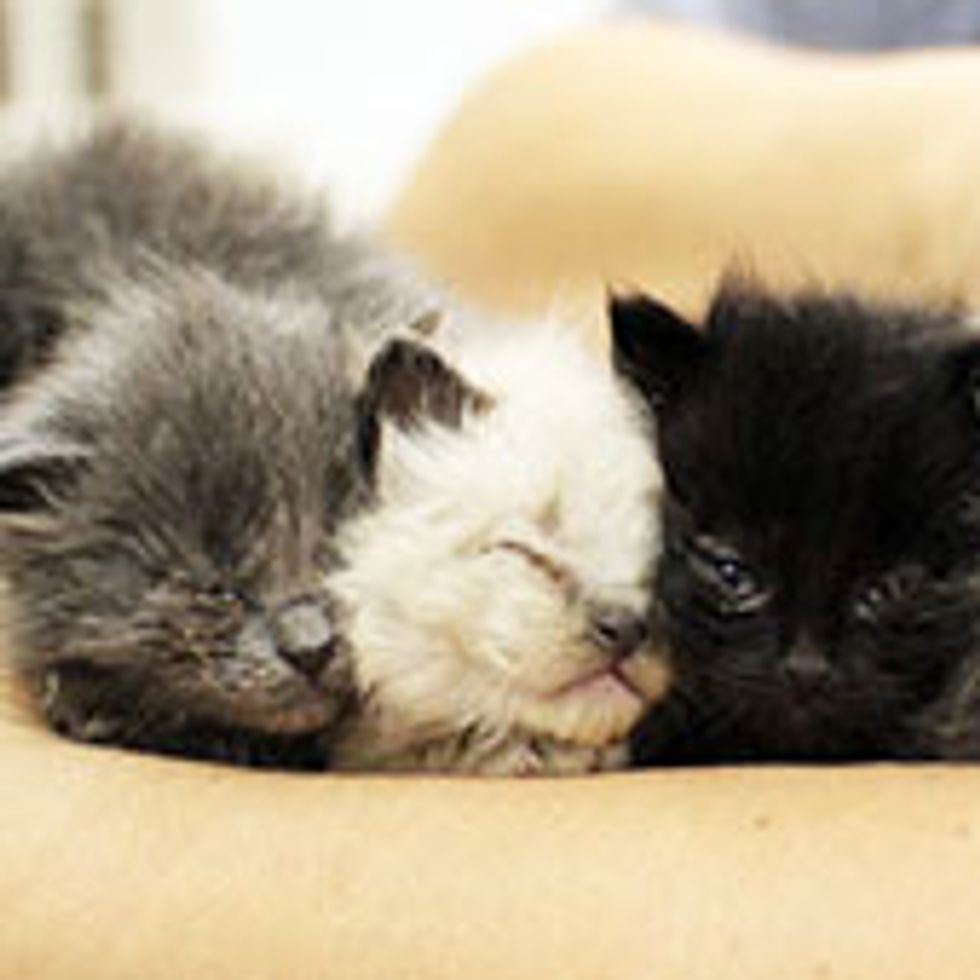 A tiny crew of six goopy-eyed kittens were brought to Jean - a volunteer and fosterer - by an employee from a nursing home. "Apparently the momma had made a home near a hay bale which someone moved," said Jean on flickr. Once the hay bale was gone, the cat mama refused to feed the kittens.

Thanksfully Jean was able to find a foster family for all six squirming furballs. Not only did the humans work around the clock to care for the kittens, a rescue cat named Sweetie also stepped in to help.

Sweetie who was found at a farm, became a big help for the six very hungry orphans, even though her milk had completely dried out, she offered plenty of motherly care and love. "It takes at least an hour to feed and potty all six, and they get fed and potted every four hours. That's a huge chunk of time, and I am so grateful that the foster family has taken the wee family, willingly staying up till midnight and getting up at 4am. And I am equally grateful that Sweetie is such an amazing girl that she is willing to participate in the around-the-clock work," Jean added.

In the end, all six furballs have found their forever loving homes. That's what keeps these wonderful foster parents doing what they love - that is to give these little souls a life they so deserve.

When they were brought in as goopy eyed kittens...

At the vet's, they were cuddling together.

Sweetie the rescue cat was a big help. She joined the humans' around-the-clock work

Then one day, their eyes were completely healed. No more sick kitties.

All fell asleep on their foster mom, but one very mischievous kitty.