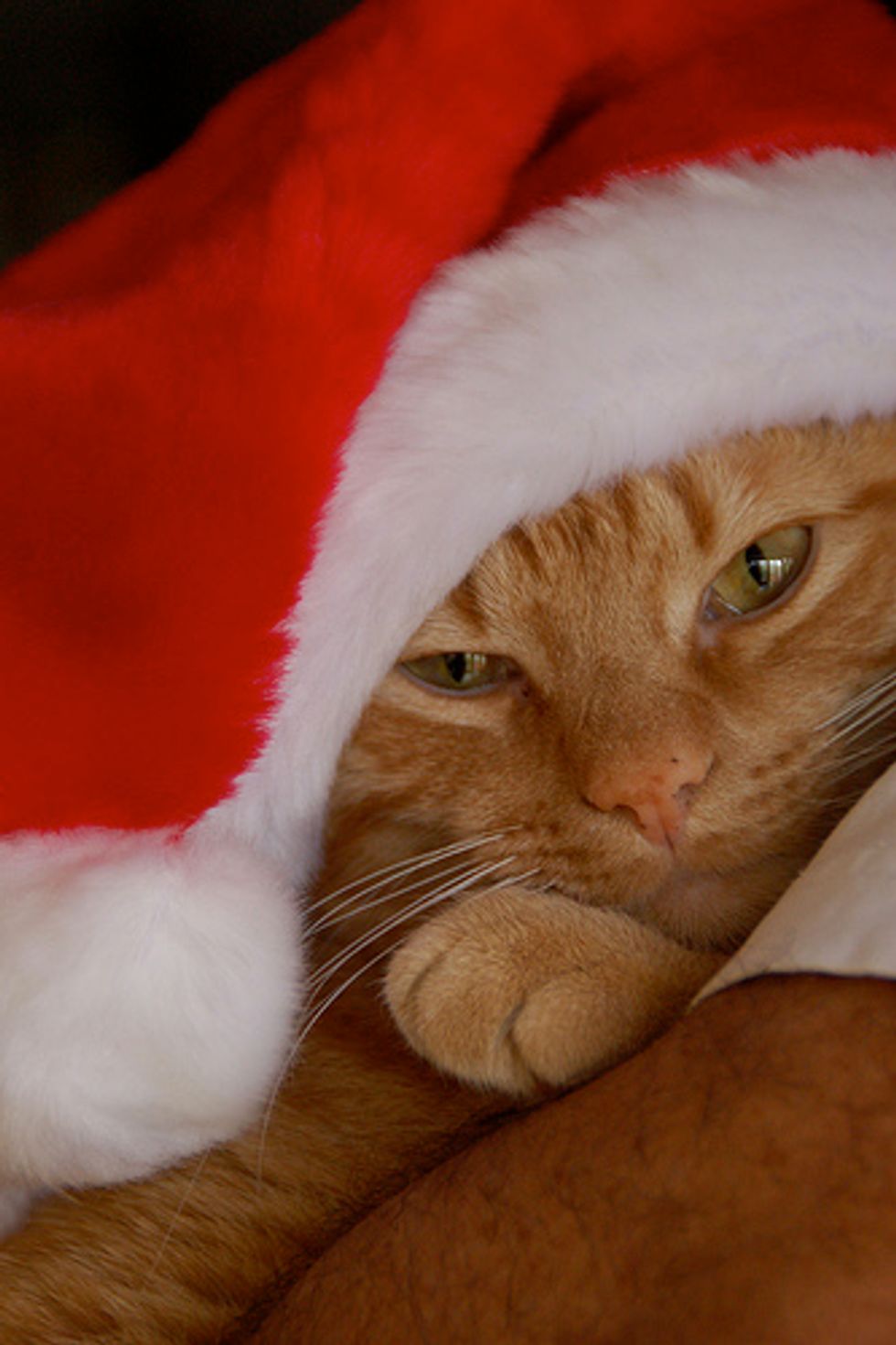 This is an amazing story about a cat that went missing 12 years old, but finally was found during this Christmas time.

Gayl O’Donnell and her boyfriend met a 13-week-old kitten 12 years old outside a restaurant. Gayl realized the kitten was a stray and decided to adopt the little one and later named him Sonny. Gayl had Sonny seen by a vet who also microchipped him during his first veterinary visit.

Gayl and Sonny became extremely close. Sonny even became friends with a husky from a neighbor who normally dislikes cats. Gayl and Sonny thought they would live together for a long time. However, one day she was away on a vacation and had arranged her boyfriend to look after the kitten, by the time she returned, the kitten was nowhere to be found.

Gayl visited local shelters and even went on cable TV in a search to look for her missing cat, but it was of no avail. Gayl was saddened by her loss for nearly three years. She still could not figure out how the cat went missing.

12 years passed. On December 12 2009, Gayl received a phone call from her vet regarding her long lost cat Sonny. She was in complete disbelief  when she heard that they might have found Sonny. When they read the microchip, it matched Sonny's number.

When Gayl reunited with Sonny, he nudged his head under her chin just like the way he did 12 years old.

Sonny was found 2 and 1/2 hours away from where Gayl resides. It is still a mystery as to how Sonny ended up showing up at the Asheville Sheter. However, to Gayl it was the greatest Christmas present that she has ever received.

Cat Taken into a Rescue for Help, a Few Days Later She Brings 6 Kittens into the World

Kitten Scooped Up from the Middle of a Sidewalk, Snuggles in His Person's Hand, He is Incredibly Small